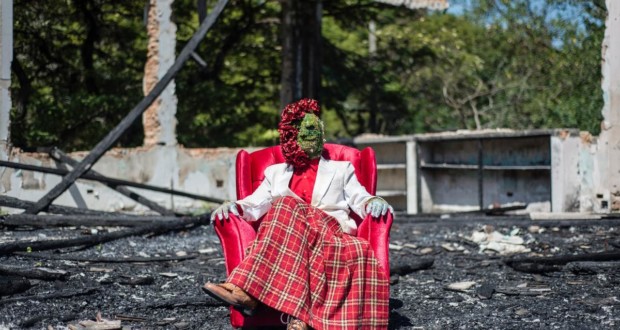 Work in virtual reality, that mixes theater, cinema and performance can be checked up to 2 de Mayo

After presentations in Brazil and abroad, the performance OR HYBRID, from Robson Catalonia, gains new artistic and technological contours in order to provide an interactive experience, immersive and transdisciplinary. The work, inspired by fundamentals of virtual reality, migrates to the digital environment as a show in webseries format, in eight episodes, made available until 2 de Mayo on the artist's website [robsoncatalunha.com/ohibrido].

Filmed with cameras that capture images in 360º, OR HYBRID is an experience designed to be seen through smartphones, allowing viewers (in this context, called interactors or interatrices) feel immersed in the work. In addition to smartphones, work can also be assisted through specific headsets for virtual reality.

The museum was created in 2018 during Robson Catalunya's artistic residency at The Watermill Center, inspiration and performance lab by American director Bob Wilson, in New York City (United States), OR HYBRID sought inspiration in the series of portraits of human-botanical hybrids created by French photographer Cal Redback. Baptized Treebeard the artist's work consists of humans metamorphosing into plants. From another point of view, could also be read as plants taking on human form.

OR HYBRID consists of an investigation about a being in constant transformation that blurs the borders between species, races, creeds, genders and behavioral patterns. For the webseries, Robson Catalunya also looked for inspiration in the film DogVille, by Lars Von Trier and in the tale The Metamorphosis, by Franz Kafka. Filming took place in the Metropolitan Region of Sorocaba, Interior of São Paulo, in different scenarios, like forest, waterfall, train station, a farm, a road and an abandoned building. 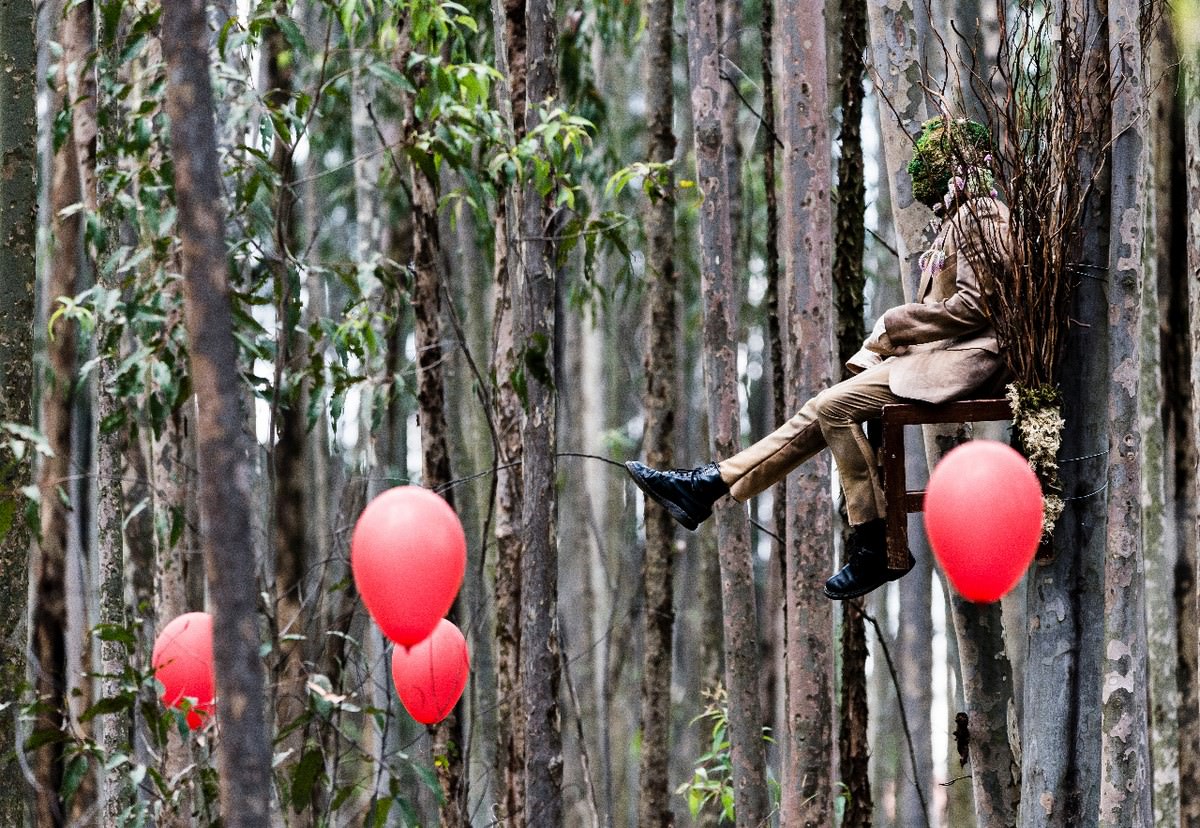 The moment a pandemic ravages the planet, the boundaries between the concepts of reality, representation and virtuality have been completely blurred. "In this context, in the face of the impossibility of social contact, the webseries OR HYBRID part of virtual reality to simulate an experience of encounter and relationship between bodies. “Cell phones and headsets are like little windows (virtual) that will allow the public to enter and observe the work in 360º ”, explains Robson.

The methodology chosen for the process of creating the roadmap OR HYBRID is devising, a practice of creation without hierarchies, giving autonomy to all involved and not starting from a previously defined theatrical text or script, but of improvisations and propositions of the whole team.

OR HYBRID arises from the concern of Robson Catalunya in relation to the difficulty of people to deal with differences in the face of bodies and thoughts that escape the normative standards. “With a touch of fantastic realism, the webseries is an invitation to reflect on human nature, including ways to be, think, feel or act, that human beings tend to have, from the influence of the socio-cultural context ”, the artist advances.

Actor, performer and master's student in Performing Arts at the University of São Paulo. In its formation, highlights CPT (Theater Research Center), coordinated by Antunes Filho and also training with the French group Théâtre du Soleil. No Satyros, highlights its participation in Roberto Zucco, show awarded with the Shell and APCA awards. Joined the Pândega Group, under the direction of Maria Alice Vergueiro, in the show Why The Horse?. In 2016, was directed by Bob Wilson in Garrincha - A Street Opera and enter 2017 and 2018 was one of the resident artists of the International Summer Program, no The Watermill Center, inspiration and performance lab by Bob Wilson, in New York City, where he developed partnerships with artists from more than 30 countries and started his master's research. As a guest artist, participated in Estação SP, project of SP Escola de Teatro that investigated the relations between theatricality and performance and transposed the pedagogical model of the referred institution for teaching in ETEC’s (Technical Schools) of the State of São Paulo. In 2019, was invited by Croatian artist Vesna Mačković to develop a performance at the Museum of Contemporary Art in Zagreb, capital of croatia. He has performed at several national and international festivals, among them, highlights, no African continent, the Mindelact – Mindelo International Theater Festival, in Cape Verde; Whuzen Festival, na China e Sounded Bodies Internacional Performance Festival, in Zagreb (Croatia). In recent years, has been developing partnerships with artists from different countries, having already performed in the United States, Sweden, Africa, Croatia, China and Hungary.

OR HYBRID -Until 2 May available at robsoncatalunha.com/ohibrido

Previous: Valeu.art: Check out the launch of the new virtual fundraising platform
Next: Architectural trends for 2021