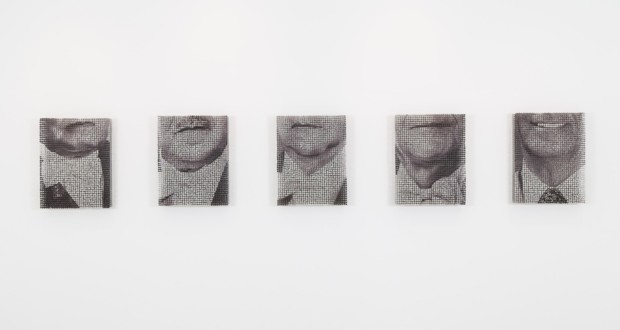 The facade Valley Museum exhibition shed will win the colors black, Red and white, the hands of the artist Fredone Phone; steel nails driven into walls reveal portraits of military presidents, from the details of the closed and semi-open mouths printed on them, na work of Rafael Pagatini. Embroidery Rick Rodrigues form the "furniture" of the first room space. The three works make up a total of 75 works of 20 artists who will appear on display 20/20, from 30 October. The artists, born or resident in the Holy Spirit, They were selected by curators Ronaldo Barbosa, director of the museum since its opening, Mendes and Neuza, institutional curator and member of the Brazilian Association of Art Critics.

The show, celebrating the 20 years Valley Museum, It provides a discussion that permeates and dialogue between visual arts, literature, tradition, diaspora, territoriality, architecture, urbanism, affections, art history and ecology. striking features in the trajectory Museum, which was consolidated as a cultural unit in the Holy Spirit over two decades and one of the most important spaces of appreciation of contemporary art in the country.

The choice was from an initial portfolio 50 artists. The Trustees transited between interviews, visits and follow-up workshops. During the process, more than one year, They were observed discuss the proposed pathways for the contemporary, avoiding a large thematic exhibition in favor of multiple poetic experiences. 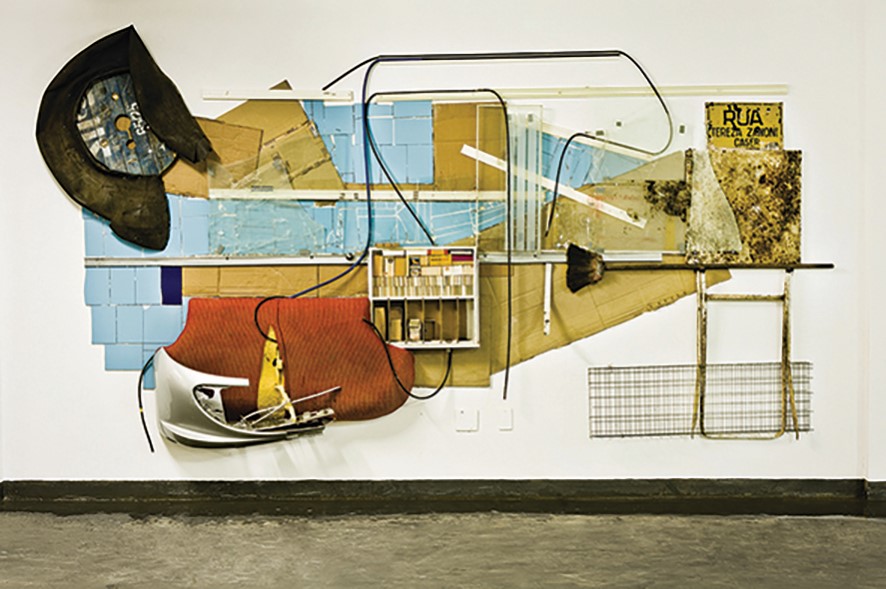 The selected artists have articulated signed collaborations and strategies common to the production and dissemination of their work through public notices, artist residencies, scholarship, undergraduate degree in visual arts and theoretical master.

- It is noticeable that the renovation has been strengthening and encouraging the production of the latest generation. Through the ways of relating and inhabit the world by aesthetic bias, artists incorporate and comment on life in their greatness and smallness, share conceptual and aesthetic concerns, configure a reinvention of the landscape, on the scale of his poetic occupations, and a corresponding itinerary contemporary art - says Neuza Mendes.

- Through this exhibition, It aims to contextualize the contemporary art production articulating, culture and behavior, as well as keep up a dialogue between the museum institution and a new generation of artists. The update of museums in relation to contemporary production is key in ensuring their own maintenance as vital and continuous body, attentive to changes in the national and international scene - concludes Ronaldo Barbosa.

With an exhibition calendar and conducting an annual seminar themed focused on discussion of contemporary art, the Museum Vale has emerged as a stimulus to the multiplicity, the diversity of trends and the improvement of local artistic production. The museum had a key role in the qualitative leap of capixaba scene in the last two decades, in that it sets standards and goals to the production of contemporary art.

At the opening of the exhibition, It will be released the book Valley Museum 20 years. With a circulation of 1,5 thousand copies, It will be distributed free of charge to public libraries in the country. The publication aims to preserve the century-old corporate memory of the history of the construction of the Railway Vitória-Minas, and it is effectively deployed, little by little, the biases of contemporary art and art education. In these 20 years, based on these three pillars in its guiding principle - equity memory, contemporary art and art education -, Valley Museum became one of the most remarkable experiences in Brazil in terms of social impact.

Managed by the Vale Foundation, the museum has gone beyond its original purpose, directing the performance also for contemporary art, making it possible for all Capixaba society had access - and at no cost - quality shows comparable to the best Brazilian and international museums. After the inaugural exhibition, multiple, Joseph Beuys (1999), the museum received artists such as Manuel Antonio, with Ghost (1999); Meireles, with the exhibition Babel (2006); Waltercio Caldas, with Rooms and abysses (2009/2010); Campana Brothers, to show antibodies (2011); OsGêmeos, with the exhibition Stop (2011/2012); Vik Muniz shows with the same name (2015/2016), among several other very important names in Brazilian contemporary art. Altogether, these two decades, the museum added the presence of 215 national and international artists, in 48 solo and group exhibitions, who obtained 1 million and 700 thousand visitors.

The Apprentice Program, created in 2005, It is one of the leading institution: benefits young people in the communities of their surroundings, empowering them in functions related to the mounting exhibitions, as well as taking advantage of their labor during assembly shows that performs annually. Until now 120 young people have benefited through this project. Today, the Museum Vale holds the Certificate of Excellence from TripAdvisor site by the quality of service in the cultural sphere.