A great show cusquenhas paintings never exhibited in Brazil is the new display Humanar Cultural Space. Starting in Saturday, 12 of May 2018, to 16 hours, the show will be open to visitors until 16 June.

A medieval music concert, with the Group Les Folies, will be part of the opening party.

E no Saturday, 19 May, Percival Tirapeli Minister in place the lecture “Colonial art in Latin America”.

Those interested in Latin American art of the eighteenth and nineteenth centuries can not fail to see the large collection of Cuzco school paintings will be on display at the show “Cusquenha art: to Andean colonial painting” – no Humanar Cultural Space, between 12 May and 16 June.

The show brings together more than fifty paintings, most of them works of the eighteenth century, never exposed in Brazil. They belong to a private collector - who prefers to remain anonymous -, collection of the owner who has been forming over the last thirty years, motivated only by his passion for beautiful.

European tradition, Peruvian culture - A colonial painting cusquenha, certainly the most important school of Spanish Colonial America, It is characterized by the originality and great artistic value.

It’s called “cusquenha” not only have the main pole to the imperial city of Cuzco. So that now, mainly, to be all of it product of local and artists away from the influence of then prevailing currents of European art.

The originality of Cuzco art is the amalgamation of its forming elements: the baroque tradition of painting, brought by Spanish settlers, and the contribution of indigenous Peruvians. 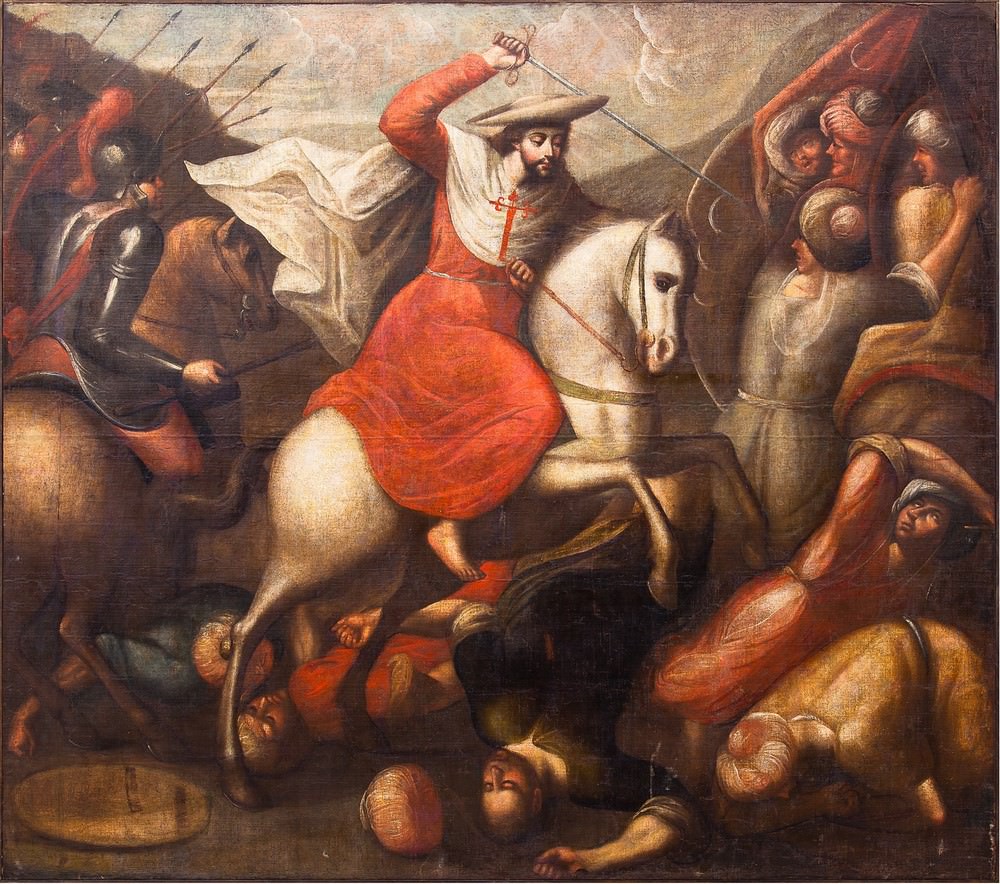 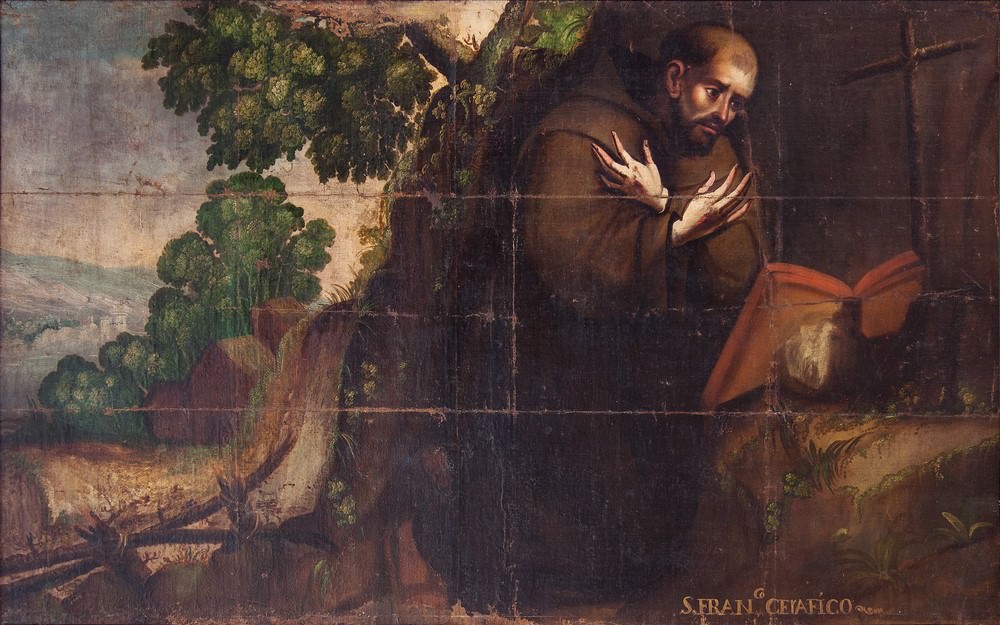 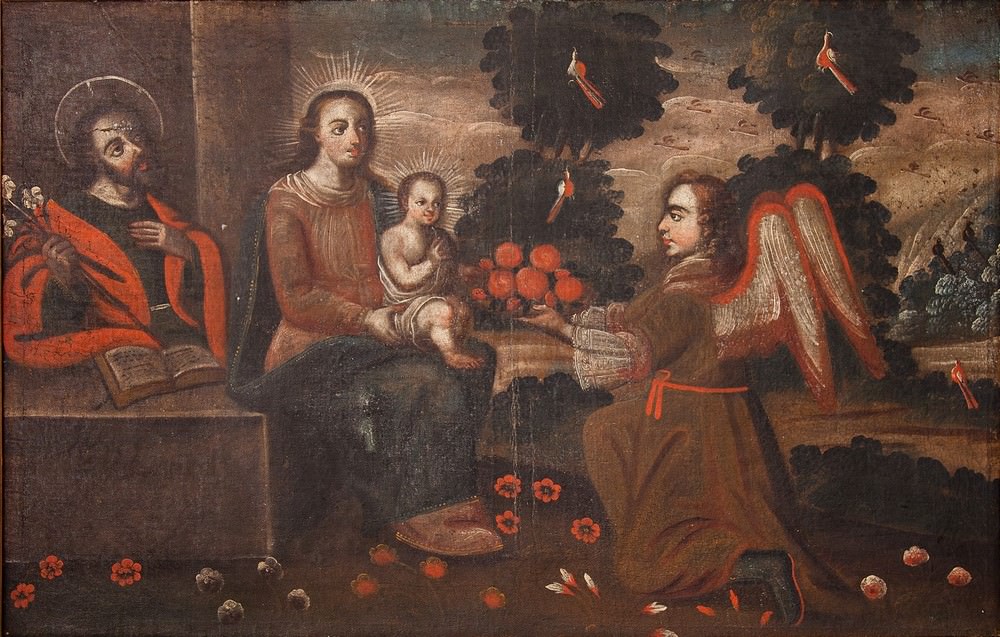 The religious themes - the Virgin Mary, Christ's birth, a Epifania, the Holy Family, the sacraments - are always present in Cuzco art. Mix disclosed Catholic (within the Spanish strategy to impose on the peoples conquered the biblical story) with the elements of Peruvian culture.

The Peruvian Indians used the modern European painting techniques, but introduced the reasons paintings and pictorial elements of their culture. Thus, in almost all the paintings are seen saints and angels hard countenances… dominated by cheerful colors characteristics of local art.

Saint James the Greater - One of the most significant works - and beautiful! - the exhibition is a large screen that has as its central character Santiago Mataíndios. recurring image in Cuzco art, this character was, at the source, Santiago de Compostela, apostle of Christ. During the Middle Ages, even in Spain, It came to be called “Santiago Mata-Moors” and when it came to Latin America came to be called “Saint James the Greater: the Apostle Mataíndios”, or simply “Santiago Mataindios”. 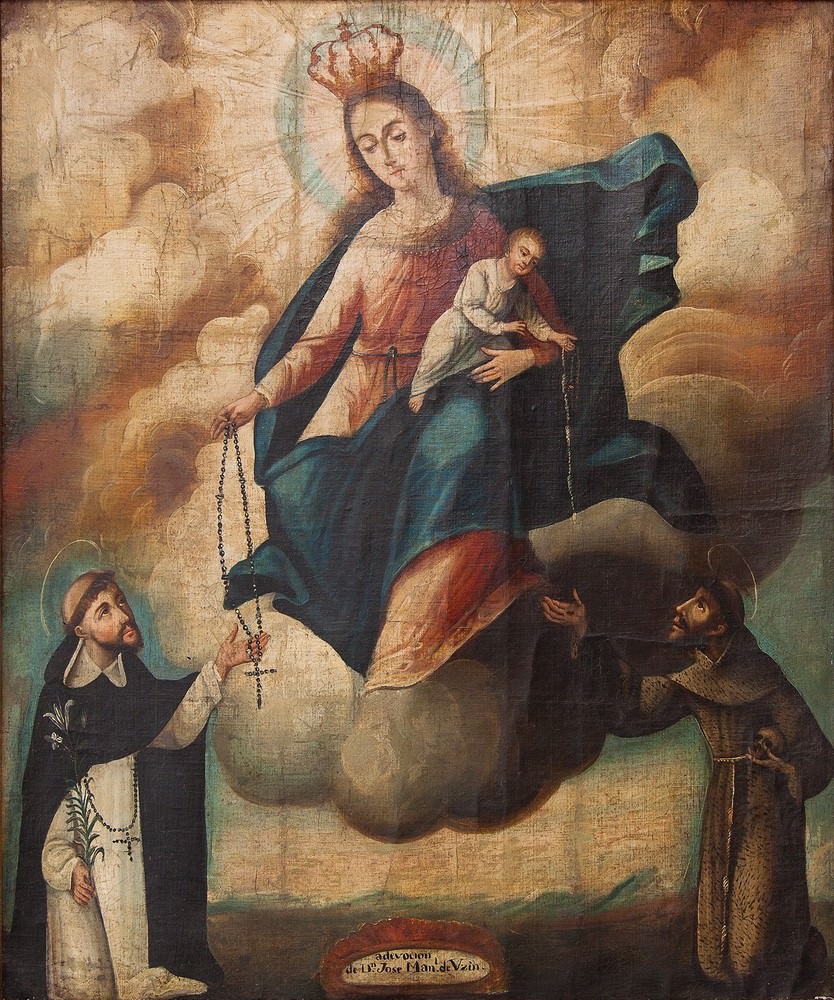 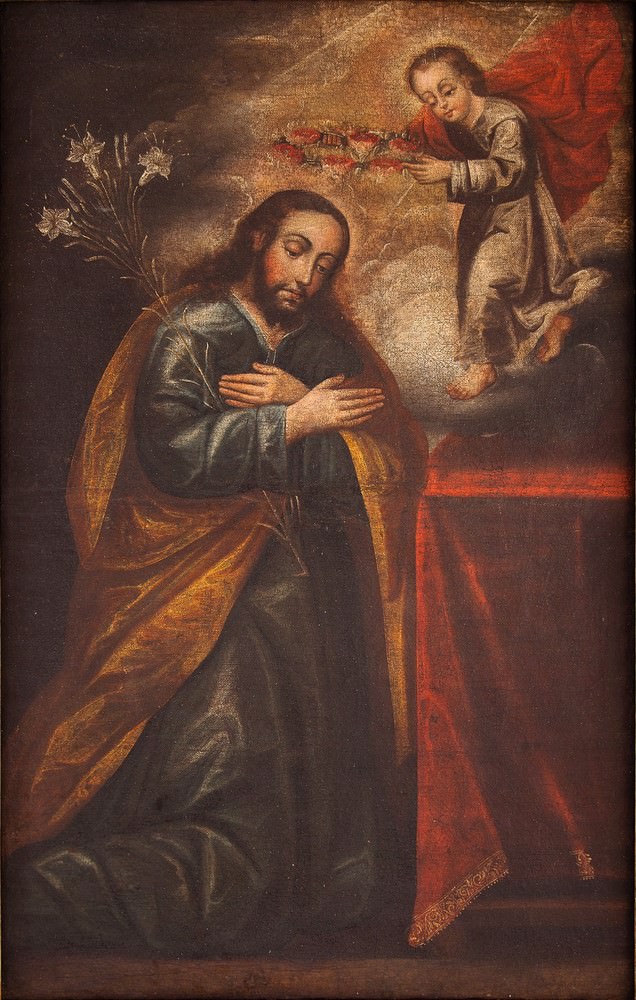 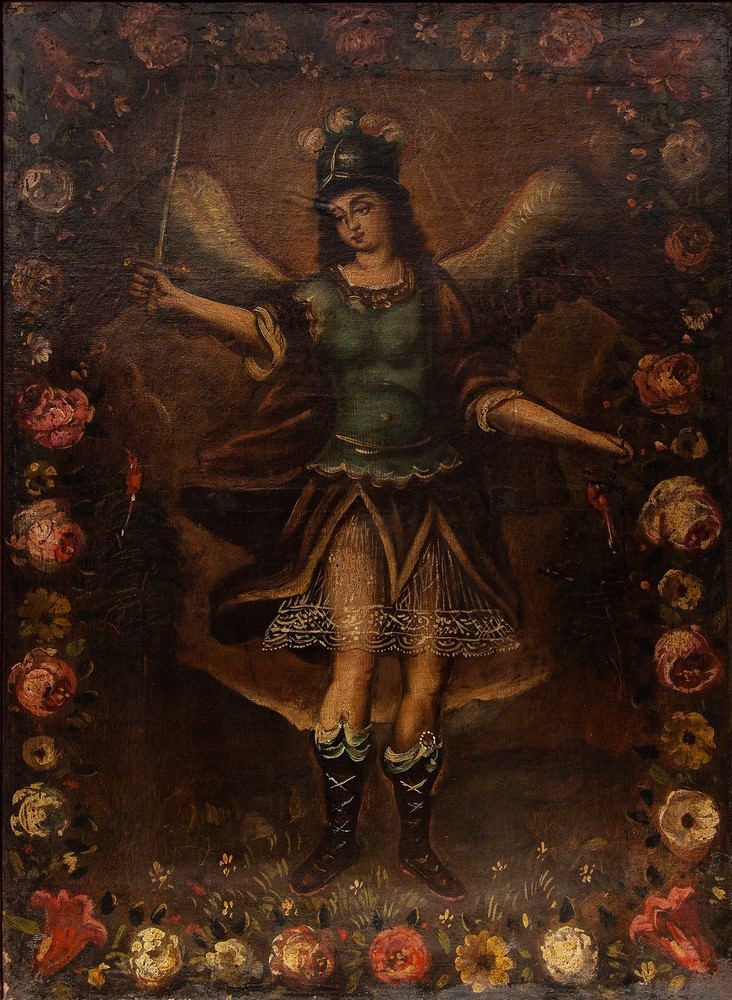 among many, other works that deserve to be highlighted are: a painting depicting St. Francis Seraphic; one heretical character painting, in which a Madonna breastfeeds while a baby and an old; a portrait of St. Jerome; and a set of seven paintings with scenes from the Passion of Christ.

From the walls of the powder Humanar - The exposure “Cusquenha art: to Andean colonial painting” It is of particular importance to offer today's audience the chance to enjoy a rich collection of paintings of Andean Baroque. With this, apart from the beauty and originality of the work, is reborn questions about the current culture and the dangers of fads in the arts.

It is incomprehensible why a moment so interesting of Colonial America has been relegated to oblivion the debates and lectures in museums. In the same way, it is unacceptable that such screens will be despised by the art and antiques market from the years 1980, because the end of the fad in the decoration of elite houses. 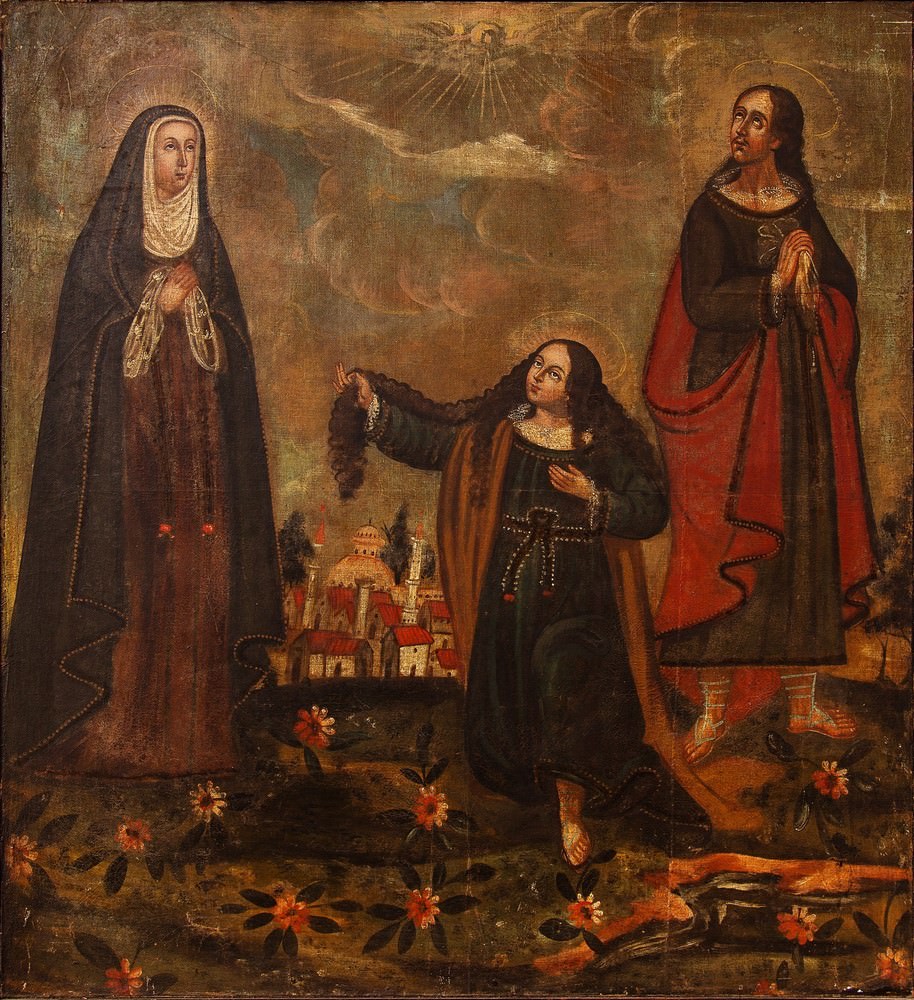 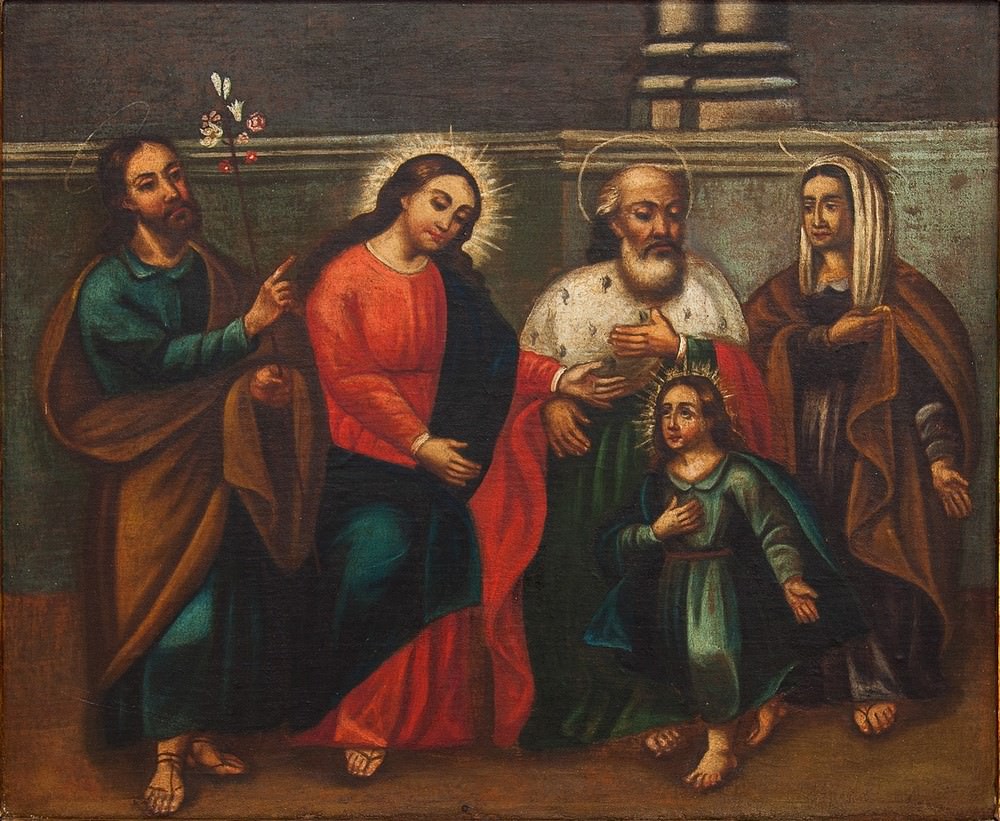 Contributing to a current discussion on the Cuzco art, It will be held in the exhibition space to talk “Colonial art in Latin America”, by Percival Tirapeli - not a Saturday 19 May, at 4:30 pm. Professor at UNESP-Universidade Estadual Paulista Art Institute, and author of numerous books on art, Tirapeli It specializes in the art of Baroque and religious art.

Enjoy what you could join, the last three decades, thanks prejudice and most of contempt, makes you laugh the anonymous collector, happy to thrill the audience with two hundred years works of art from the dust return to the illuminated walls of the shed the Humanar.

baroque painting, medieval music - The audience for the exhibition opening “Cusquenha art: to Andean colonial painting”, in 12 June, It will be treated to a musical spectacle of the most special, with the Group Les Folies. And the show will be presented again in the exhibition end date, 16 June. 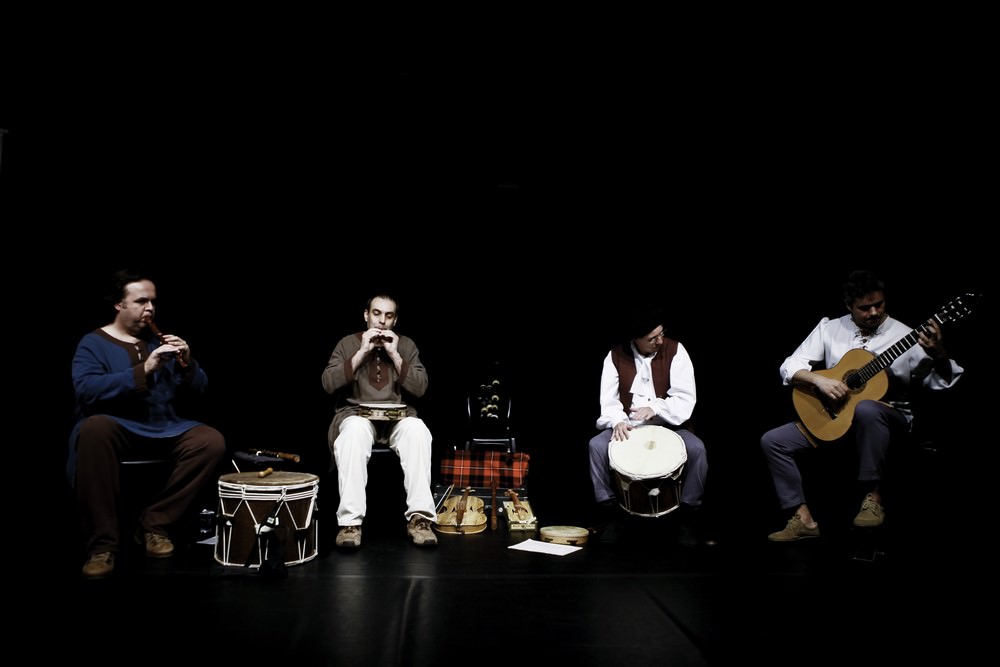 A Les Folies performs work dedicated to the repertoire of survey covering the Middle Ages to the Baroque period, mainly medieval and renaissance popular songs. programs of their shows consist of instrumental profane works, through works composed for dancing, to troubadours and even songs with own arrangements.

In the spectacles Les Folies the public participates in a differentiated experience. Using period instruments, the group proposes a trip to the musical styles of the past and the charm of his melodies and rhythms. From the ancient music of the universe, It creates a modern conception of entertainment that involves the listener in the sound universe of diverse people and cultures, in a relaxed and nothing formal. 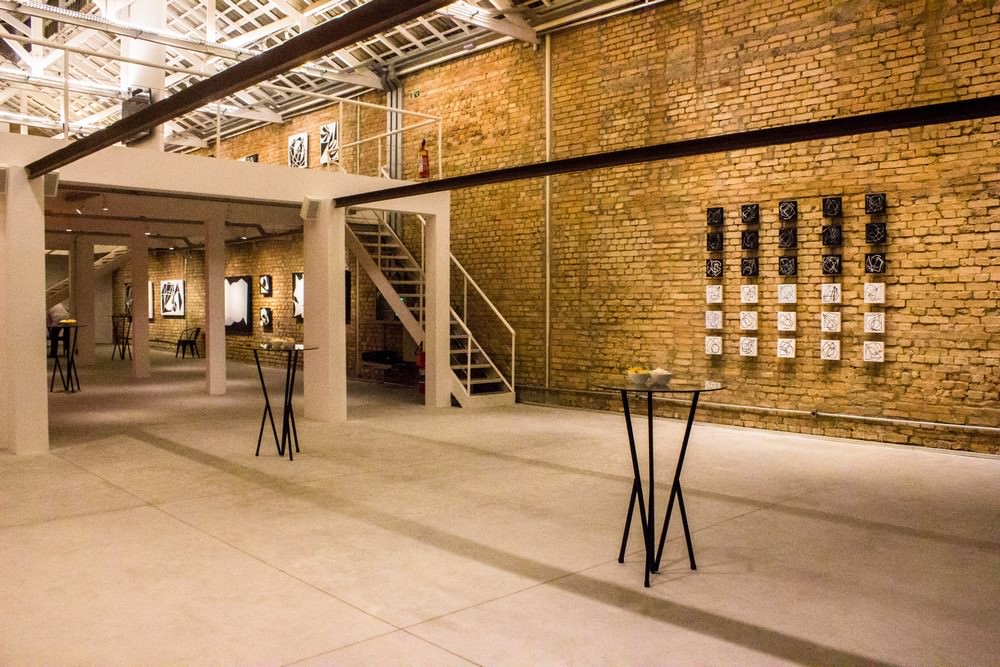 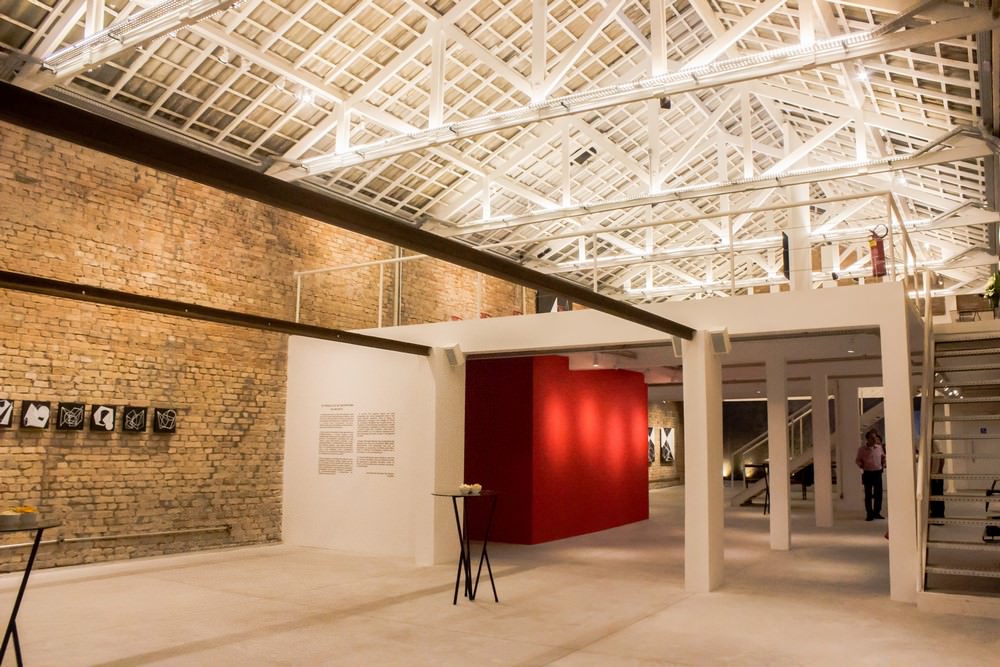 In spectacles that make the Humanar Cultural Space, integrated exposure “Cusquenha art”, the Les Folies will present a wide and varied repertoire, covering an arc of time that goes from Century XIII (“Maya calendar”, of Raimbaut of Cowgirls, and “malleable”, anonymous author) the eighteenth century (between parts, highlights for “The Volta”, de William Byrd; “Mrs. Winter’s Jump”, John Dowland; and “Toccata”, of Claudio Monteverdi). Complete the program two pieces of the twentieth century, compositions of Brazilian composer Cussy de Almeida (1936-2010): “Aboio” and “Nordestinados”.

Previous: “Exhibition Angels Art Studio in Europe” by Edmundo Cavalcanti
Next: Exhibition "KILL" Leo Ayres in the 6th edition of the Passage Project