Fall asleep with the music of life.
Be enchanted
Forget it
Dispersion is a pleasure.
(MEIRELES, 1982, IV)

The weather has been generous with the history of art. Our look thanks, always very delighted with the legacy that each period left and that each style built. If the classic delicious by nature, the modern fair, snatches. Art is even capable of it. And is still able to enchant even more the look, When to go for other fields. Those of fantasy, the imagination. That's how the Surrealist style, in the early XX century. Led by the poet André Breton (1896-1966), This model received the influence of the concepts of psychoanalysis, by Sigmund Freud 1 (1856-1939) and aimed to enhance the role of the subconscious, on artistic creation. Among the artists who have excelled, are you Salvador Dali 2, René Magritte and Max Ernst. In Mexico, This style brought together women of great importance, in Art.

As a definition, Surrealist's work connects to representations of a fantastic world, often abstract and imaginary. Distort yourself, the work, and often, dream field, gives way to the nightmare, If assenhora from the hands of the artist and that acts freely, in the course of the brush and ink, about the screen alva. That's how the style of Frida Kahlo 3 (1907-1954) (Magdalena Carmen Frieda Kahlo y Calderón), the Mexican artist, internationally recognized, It's featured shows. His irreverence to express themselves, walked side by side with their afflictions and your suffering. Polio, faced with just six years, left a sequel on the right foot. Later on, with eighteen, an accident with the tram, in which traveling, caused serious injury and caused him to suffer countless surgeries. This fact, not only took her to feel pain, for the rest of my life, but it also changed the course of your life, forwarding it to the art. During convalescence, Frida painted with paints from his father and with an easel adapted to bed. His early works show the influence of the European avant-garde, coming from a group of young intellectuals, which made part, in adolescence. The influence of Mexican folk art came from the husband, Diego Rivera (1886-1957) (Fig. 2), with whom Frida married in 1929. In his stay in Detroit, with Diego Rivera, Frida contacted the American artist Lucienne Bloch, He worked with surrealist techniques. His first solo exhibition, in New York, was in 1938, in the Julian Levy Gallery and the paintings shown were then, taken to the Gallery Renou & Colle, in Paris, an exhibition organized by Andre Breton, that ranked the work of Frida as surrealistic. His first solo exhibition in Mexico, was in 1953, a year before his death.

Among his 143 works, 55 are self-portraits, and are a narrative of your life, an autobiography full of symbols. Twenty of his paintings and six self-portraits are on display. The intense work of Frida is a record of the dramas that lived, the physical pain she felt; for his homosexuality; by tumultuous marriage with Rivera, full of fights, separations and betrayals; by abortions, as a result of the accident that had. Separated from Diego, Frida had an affair with Leon Trotsky 4 (1879-1940) and joined again to her husband in 1940.

The unconditional love for her husband was sharp in his work. In figure 3, the Earth is represented by a protective mother, It nests in your arms Frida, which in turn tuck Diego, motherly, as a mother to a little boy, in lap, a zealous gesture, as she revealed in letters, with careful not to let him get sick. The gesture also represents the maternal instinct that may have been transferred to the husband, Since Frida couldn't get pregnant and have children. Such disappointment was clear in works in which Frida referred to abortion, as it can be seen in the Figure 5. The awesome image subvertia classic models, making it clear, his provocative character and visceral. Full of symbolism, the work has a profound interpretation of the myths of the artist. In the works of Frida, is categorical his passion for by Mexico, for its culture, for his people and their traditions, revealed in the elements and colourful works. These colors were to be also in their singular form of dress (Fig. 10), the molds of the regional Mexican costumes; the goddesses or tehuanas with its ornaments and accessories.

And the show features the Surrealism, by Alice Rahon in the form of an imaginary world and obscure (Fig. 11); or through the choppy and disjointed figure, formed by lines and that seems to dance on the black background (Fig. 12). Strange figures invade the screen of Leonora Carrington (Fig. 13) and seem to share naturally, a dinner, in an exotic world. The dreams are present in mystical scene from Marjorie Cameron (Fig. 14), where spirits floating in space, lost, aimlessly. A curious world is also present in the work of Remedios Varo (Fig. 15) where a character appears to trigger the strange vehicle, in whose interior, a pianist doesn't seem to realize the scene around. The incredible background colors, they look like those of the darkest dreams, where to sleep in usually takes. 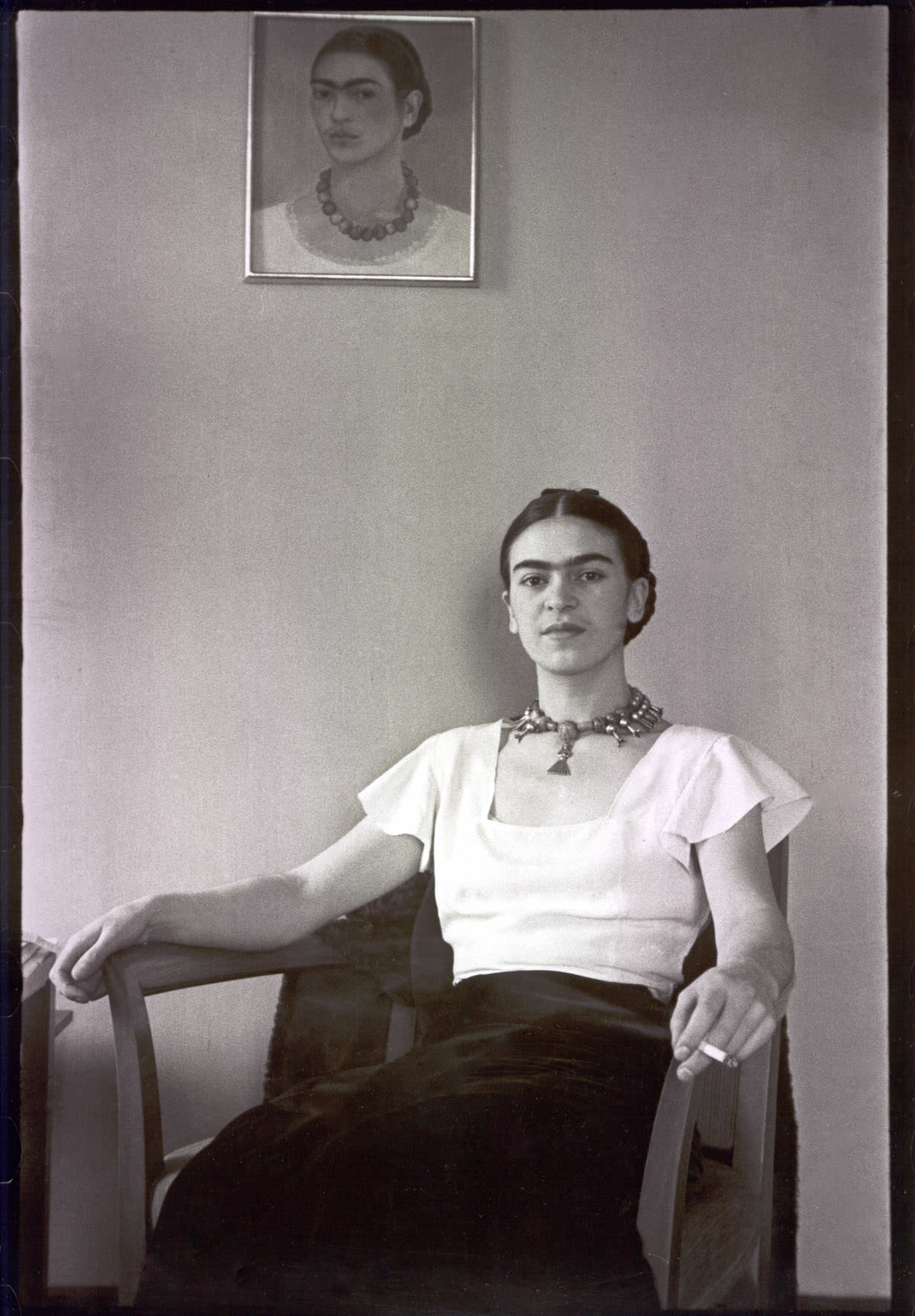 The blank screen can be the witness that the dream Act, When the artist indulges the fantasy; When the imagination opens its long wings and flight handle, towards the reality of a work. Thus, like a runaway sheep, loose your flock, to get rid of patterns that prevented to act. For Schiller, 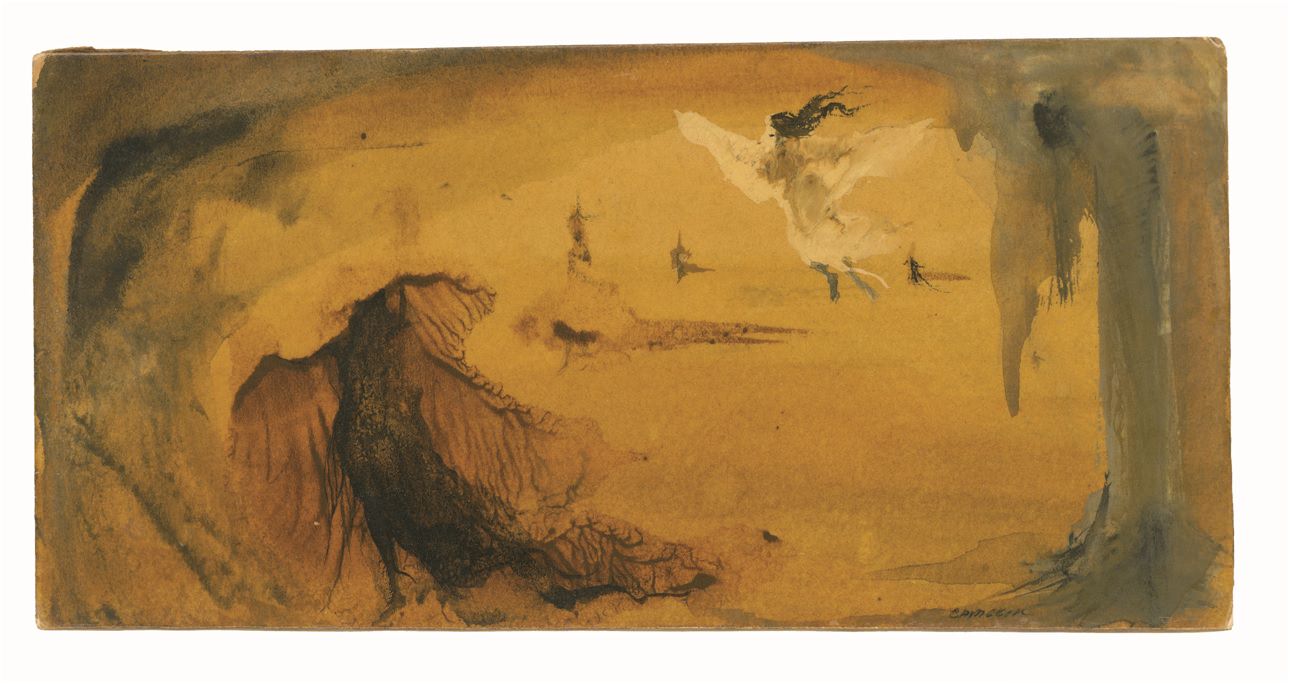 If the greatest effect that the Art is to promote pleasurable sensations to the spirit, that impression could be endless, When there's a sense challenging and therefore, deeper. The delight so give, remains long in soul. Maybe that's the main attribute of surrealism, to join in the worlds chimeric and fabulous scenes. In the world of Mexican artists, the fantastic images have dared walk beside of surreal beings, in imaginary worlds. In Frida Kahlo, its interior has spoken through his works; It was provocative and escaped the rationality, leaving out their own dramas. Of all, was the College to please and provide long-lasting effects on the sublime and soul, through its Art.

4 Leon Trotsky was an intellectual Marxist and Bolshevik revolutionary, the Russian Empire took refuge in Mexico, where he had contact with Frida Kahlo and Diego Rivera (global.britannica.com/biography/Leon-Trotsky)

The show, a realization of the Instituto Tomie Ohtake, featured sponsorship of Bradesco and the IRB Brazil RE, the copatrocínio SESI and the Aché 's support, Akzo Nobel, Arezzo, Calvin Klein, Recovery and Tozzini. For your organization, were invaluable contributions of SRE-secretariat of Foreign Relations of Mexico, the Embassy of Mexico in Brazil, the INBA – Instituto Nacional de Bellas Artes, of CONACULTA-Consejo Nacional para la Cultura y las Artes and the CPTM – The Mexico tourist promotion board.

Teresa Arcq, art historian, Master in museology and management in art and film art at Casa Lamm in Mexico City, He worked as Chief Curator of the Museum of modern art of the city of Mexico between 2003 and 2006. He was co-curator of the exhibition The art of Mark Rothko – Collection of The National Gallery of Art, and various exhibitions from the permanent collection, highlighting of Remedios Varo. From 2007, as independent curator produced for the Museum of modern art, Mexico City Remedios Varo – Five Keys, a retrospective to celebrate the centenary of the birth of the artist inspired by her book counterpart; and Alice Rahon – A surrealist in Mexico, It was also presented at the El Cubo, in Tijuana. Arcq is Professor of history of art at Casa Lamm cultural center. He published several essays and does lectures on modern Mexican art, European avant-garde movement and women surrealists in Mexico, United States, Europe and Asia.

How to get there: