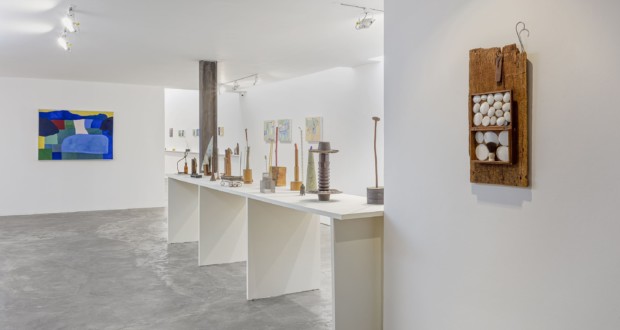 Galeria Marcelo Guarnieri is pleased to present the first exhibition by artist Helena Carvalhosa at our São Paulo unit. The exhibition brings together around forty paintings produced during the last ten years and a large set of sculptures produced during the last four decades. Since the end of the 70 Carvalhosa explores the three-dimensional field through an investigation into the forms and meanings generated from unlikely associations between found objects, such as glass jars, wood pieces, twisted iron parts and springs. The artist's interest in such objects goes not only through the particularity of their material and visual composition., its meanings and uses, but also because of the affective bond he has with each one of them and with the possibility of keeping stories. From the second half of the years 1980, Helena Carvalhosa develops, in parallel, a painting job, where he explores the ambiguity of forms from the observation of the world around him, from landscapes to interior scenes. The exhibition will feature a critical text by artist Luiz Paulo Baravelli.

Helena Carvalhosa was born in 1938 in São Paulo, where he lives and works. He began his studies in arts at Escola Brasil in 1970 and 1977 graduated in Fine Arts from FAAP (Fundação Armando Álvares Penteado). Still at the end of the decade of 1970 studied at the New School of Arts, in New York and since the years 1980 has been taking courses and being guided by artists like Hélio Cabral, Nelson Nobrega, Paulo Pasta and Sara Carone. His production moves between painting, the sculpture, the drawing and the object.

The beginning of his career was marked by his participation in “Playful Sculpture Show” in 1979 at MASP, which featured artists like Palatnik, Tomie Ohtake, Leon Ferrari and Guto Lacaz. On occasion, the artist exposed “Mutant Structures”, two pieces formed by fabric, iron and Styrofoam that resembled the shape of a cocoon and could be worn and transformed by the public. Choosing affordable materials, everyday use, is expanded in “Or object reimagined”, exhibition that took place at SESC Pompeia in 1992 and who gathered assemblages made up of discarded objects, already spent for other uses. About that production of Carvalhosa, the critic Pietro Maria Bardi wrote: “With the utmost simplicity, Helena demonstrates, by combining shapes, that what is around us can be a reason for aesthetic enjoyment”. The following year he participated in the press conference “Object. Object-Book. Photography” the Pinacoteca de São Paulo. According to the critic Maria Alice Milliet, in text of 1993: “Helena's objects belong to the feminine universe of seduction, the game of approximations that transforms the banal into the unprecedented, of the enchantment surprised by the arrangement of useless things whose gratuity retains a freshness derived from fantasy. They attest to the possibility of creating from the findable, of the despicable, of leftovers and leftovers.” In 1998, Carvalhosa returns to the Pinacoteca to occupy one of the “free spans” of the building with “The way: Installation with Flowers”, composed of antique furniture, family photos, glasses, porcelain frames and pieces, proposing a reflection on the phases of life and the passage of time. 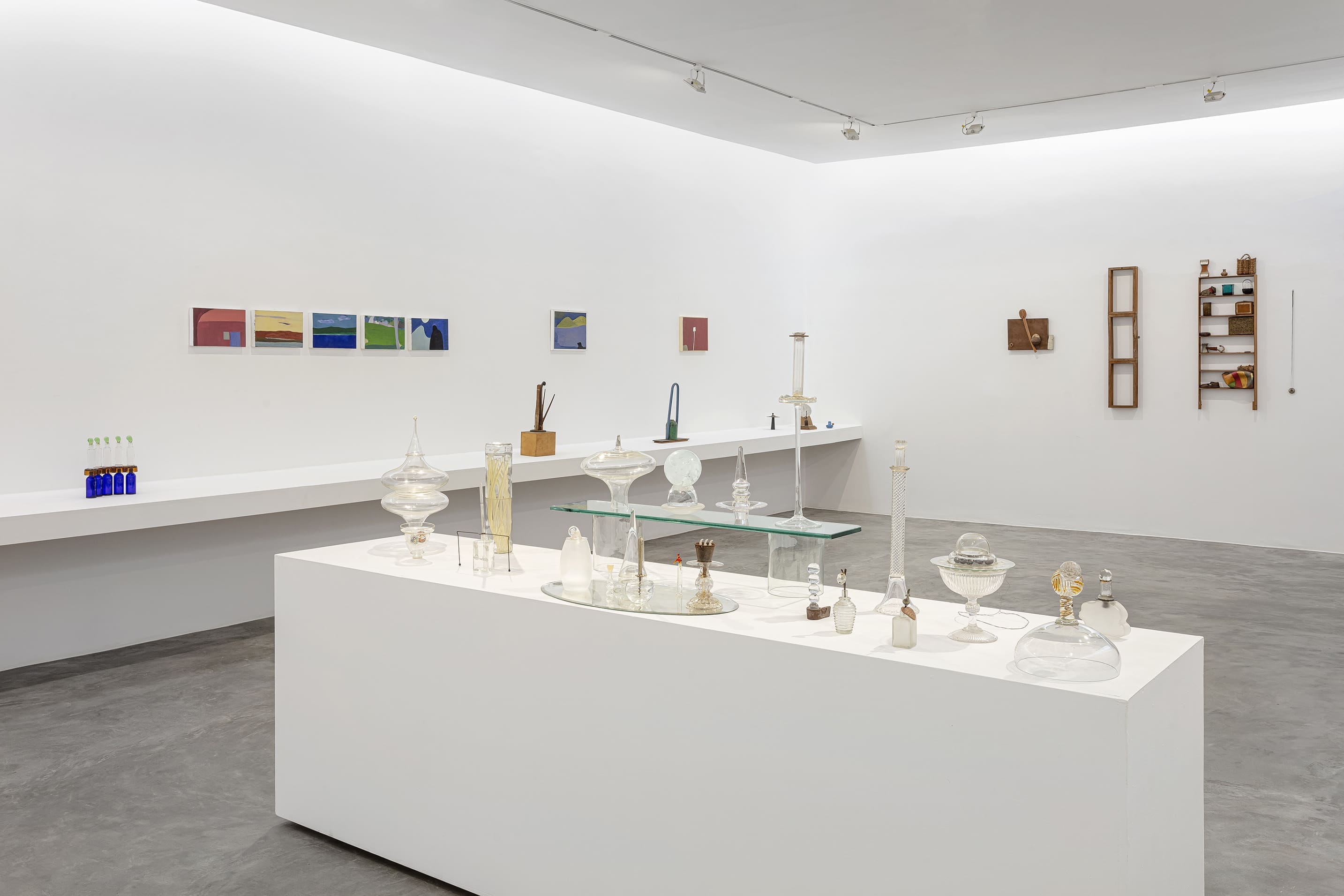 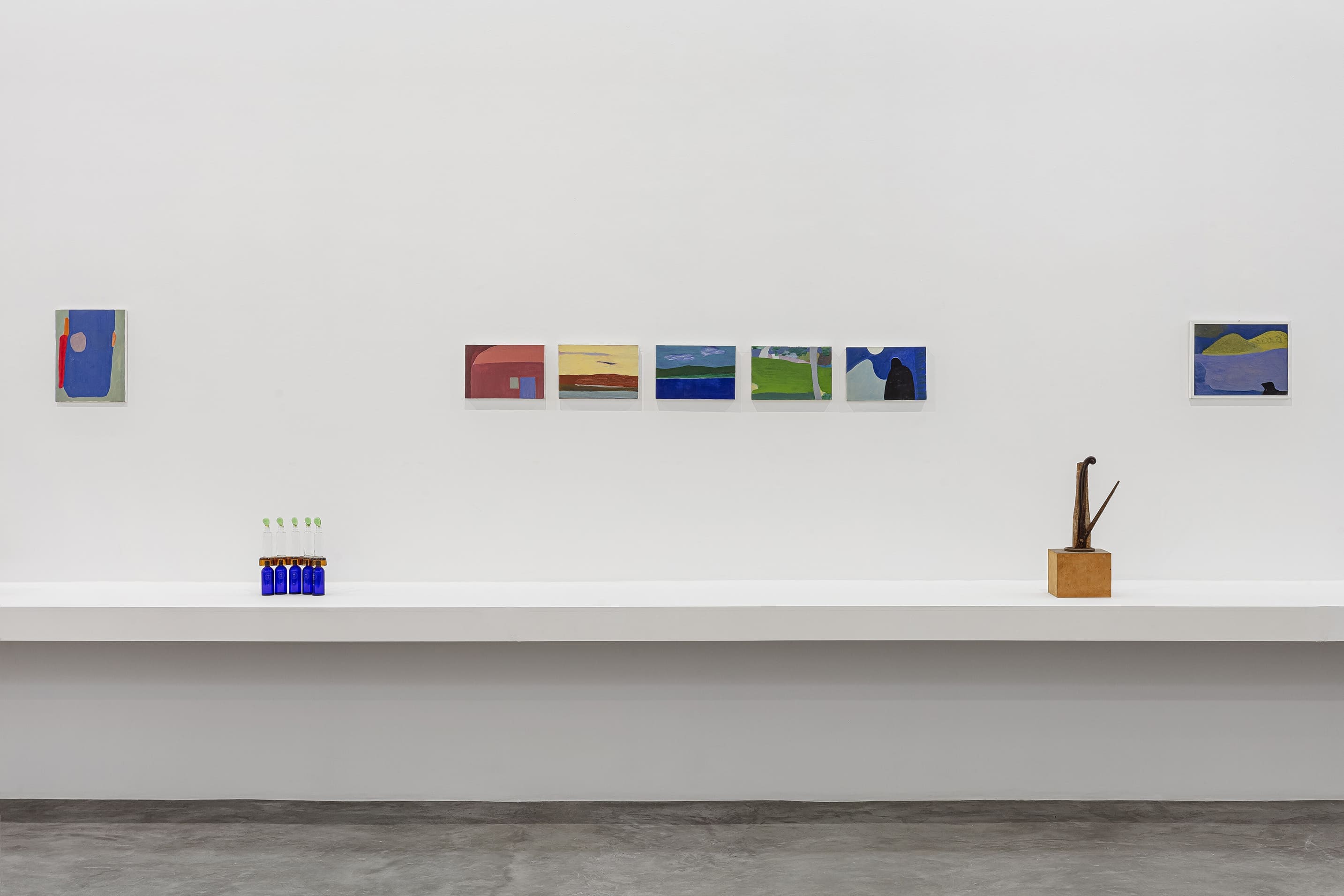 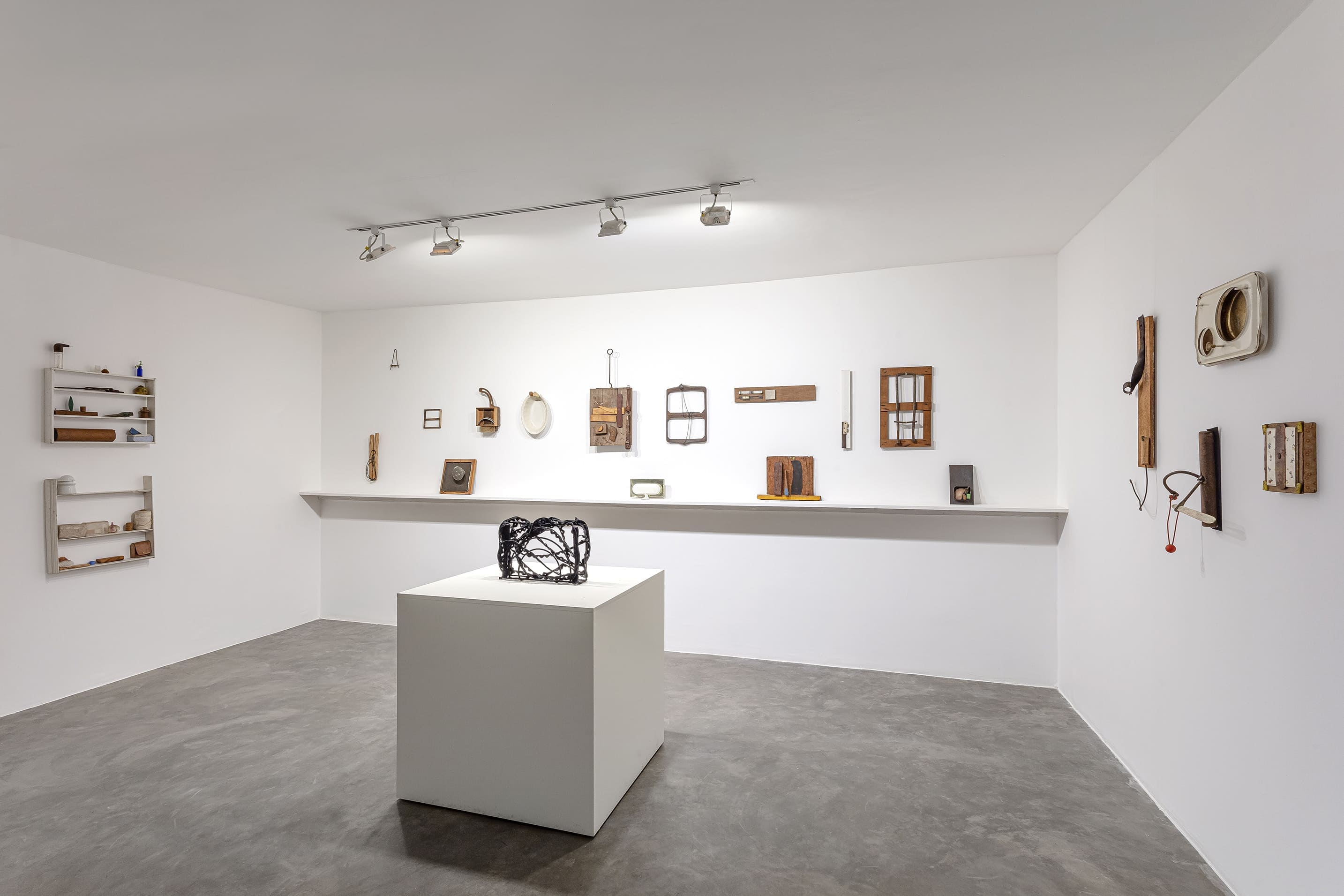 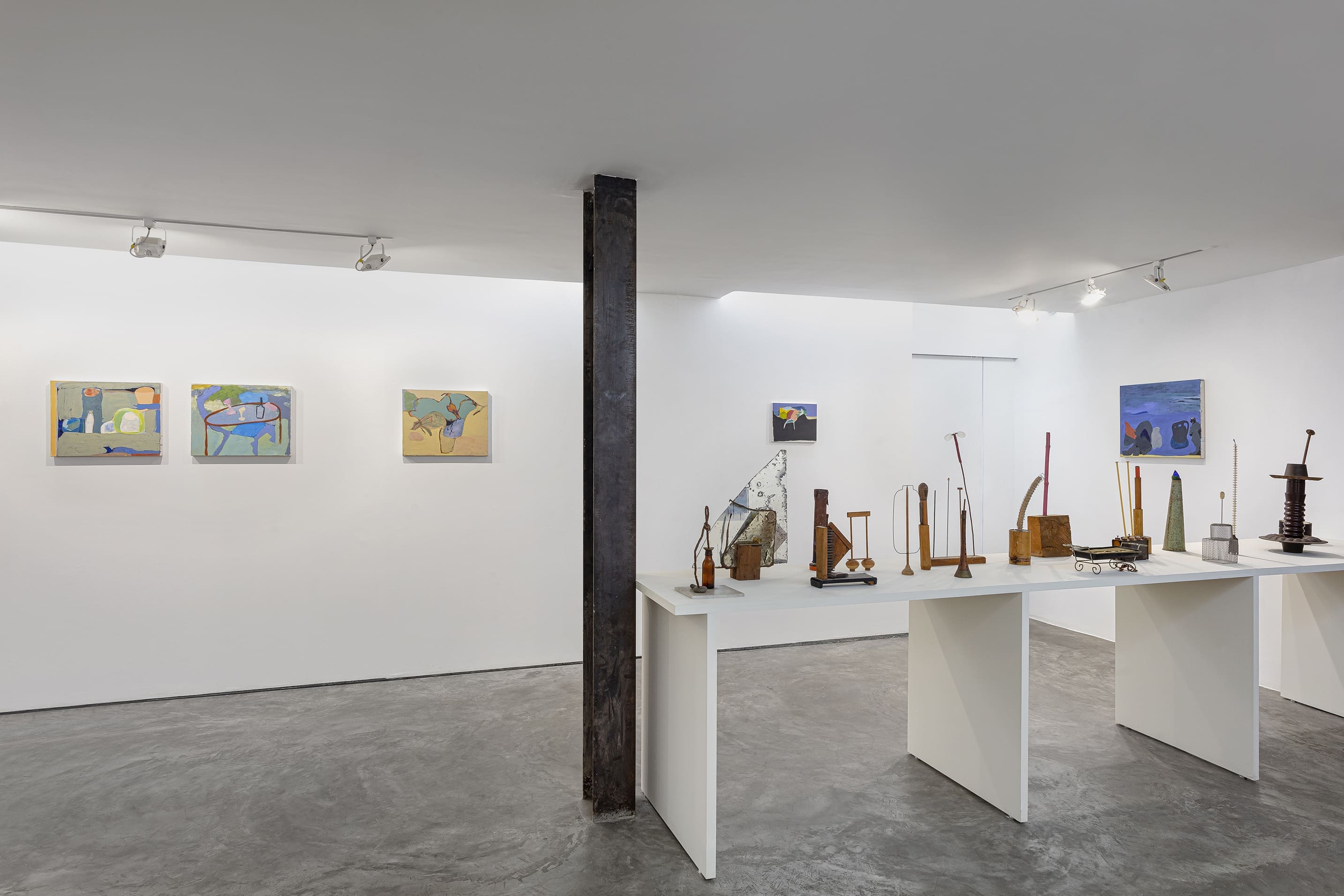 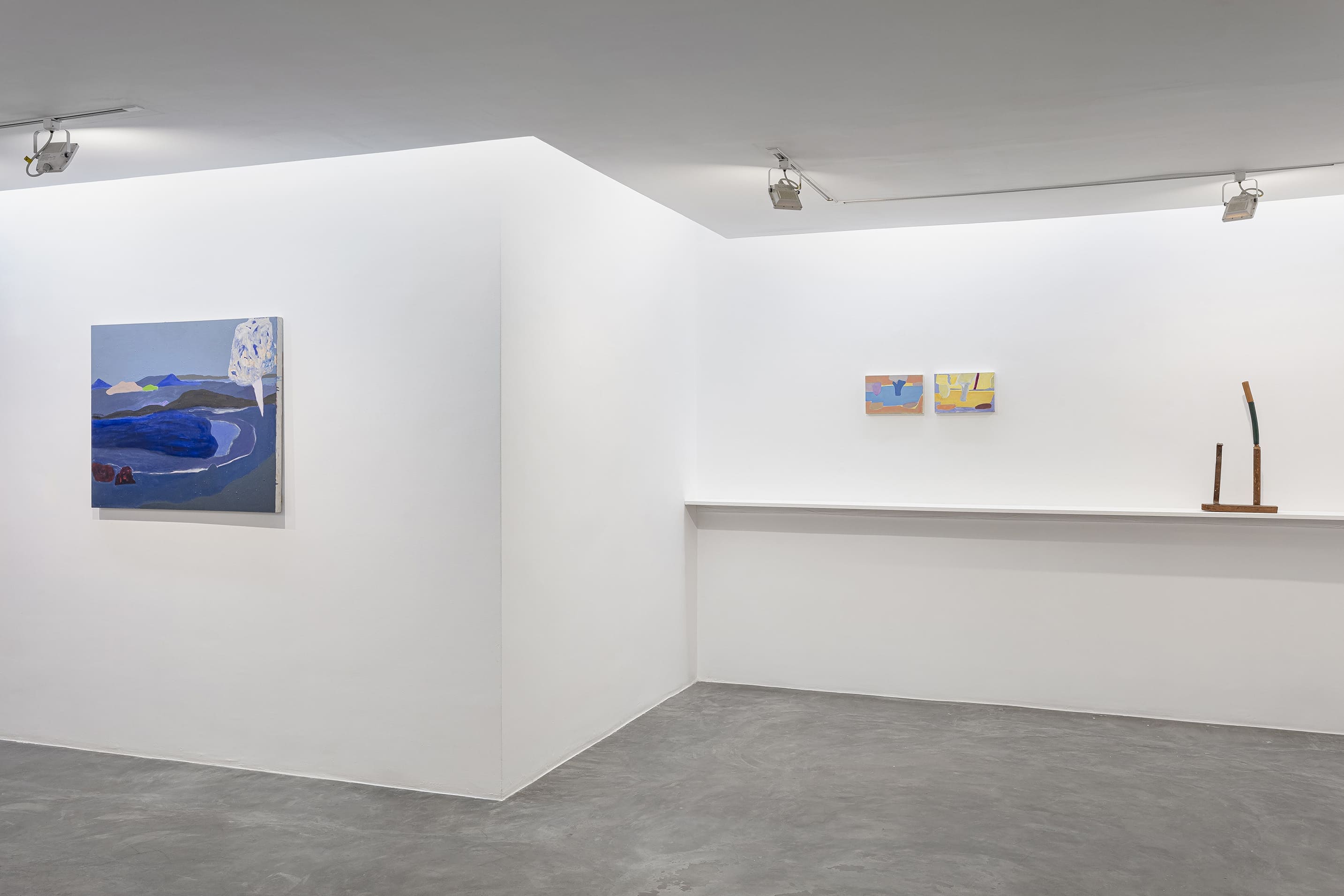 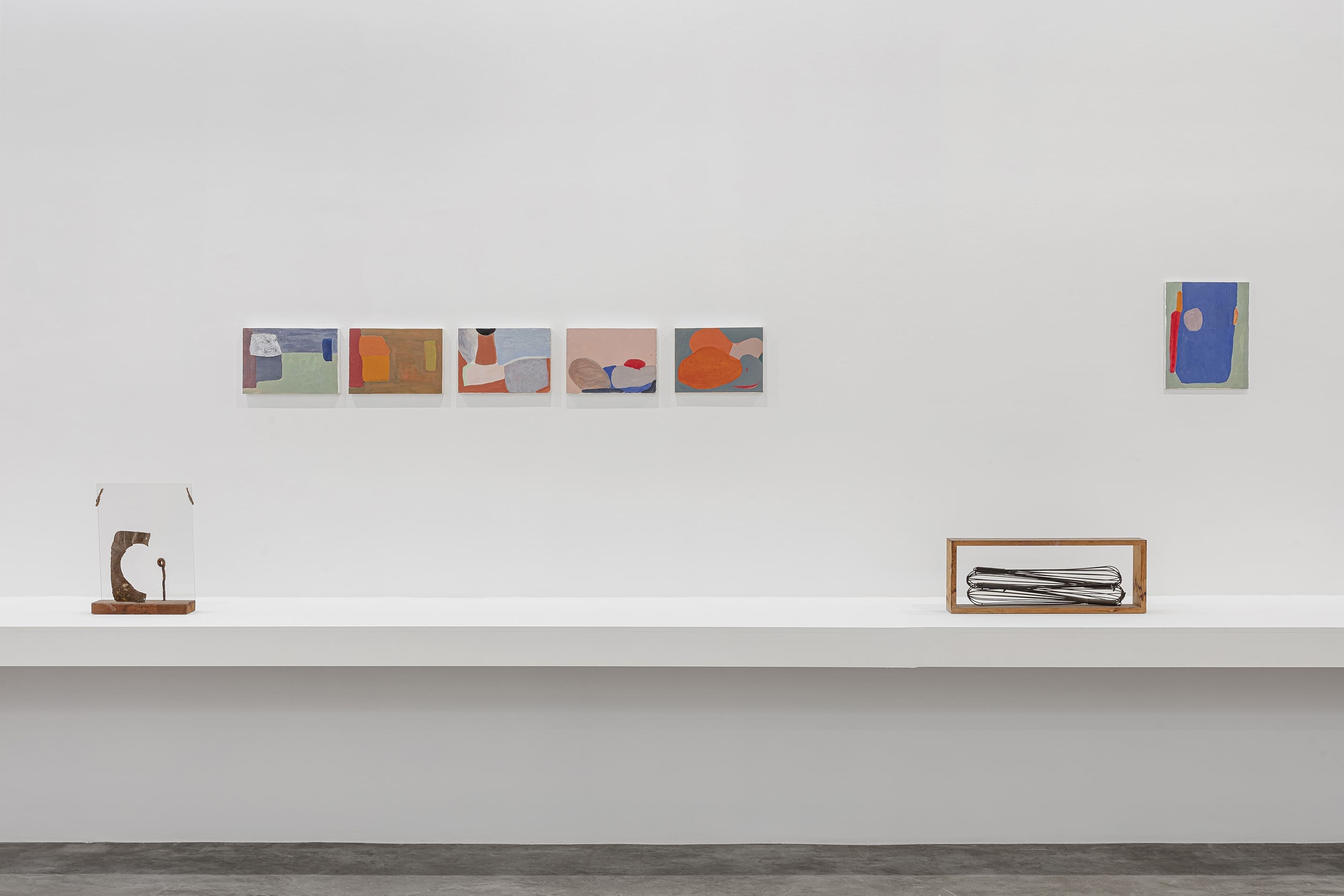 
In parallel to your work with the three-dimensional field, Helena Carvalhosa develops, since the second half of the years 1980, a painting production. in his early years, focused on landscapes and portraits through the more stripped-down use of brushstrokes, and from 2005 begins the transition of his painting to a more synthetic approach to composition. According to journalist Antonio Gonçalves Filho, these paintings are “almost an intimate diary with no commitment to time, as in the intimate compositions of Morandi, made of sober colors and perfect tonal balance”. In them, the artist still maintains her interest in objects, now amalgamating them, no two-dimensional field, to the other elements of the board, operation that takes place through the use of paint in different colors and textures. In text for the exhibition catalog “Pulo do Gato”, presented at the Afro Brasil Museum in 2016, the curator Marcelo Salles writes: “the artist deals with an action that is not guided by political premises, social, marketing; your interest lies in an ancestral need, the one that existed before we named all things and imprisoned not only things, but ourselves”.

For everyone's safety and better control of space, we recommend that you schedule your visit. We ask that you send us an email (contato@galeriamarceloguarnieri.com.br) with your full name indicating the day and time of your choice. The visitation can be carried out from Monday to Friday from 10 am to 7 pm and Saturday from 10 am to 5 pm, respecting all recommendations of health authorities, like wearing masks and social detachment.