From day 27 February we presented at our headquarters in São Paulo “Puxirum”, exhibition by artist Ricardo Ribeiro that will feature the launch of his book of the same name. Visitation on this day may be held from 10 am to 6 pm, respecting all recommendations of health authorities, like wearing masks and social detachment.

Spontaneous visits are welcome, but for everyone’s safety and better control of space, we recommend that you schedule your visit. We ask that you send us an email with your full name indicating the day and time of your preference (E-mail: info@galeriamarceloguarnieri.com.br – phone: 11 3063 5410)

Galeria Marcelo Guarnieri is pleased to present, between 27 February and 27 March 2021, "Puxirum", first solo exhibition by artist Ricardo Ribeiro at the gallery's headquarters in São Paulo. The show gathers photographs taken between 2016 and 2018 in São Pedro, village located on the banks of the Arapiuns River, in the state of Pará. The series presents a poetic and political view of the daily life of a riverside community that organizes their way of life between subsistence and mercantile economies. “Puxirum” was published in a book of the same name, printed on 2020 with support from the Pollock-Krasner Foundation. The opening of the exhibition also marks the launch of the publication. 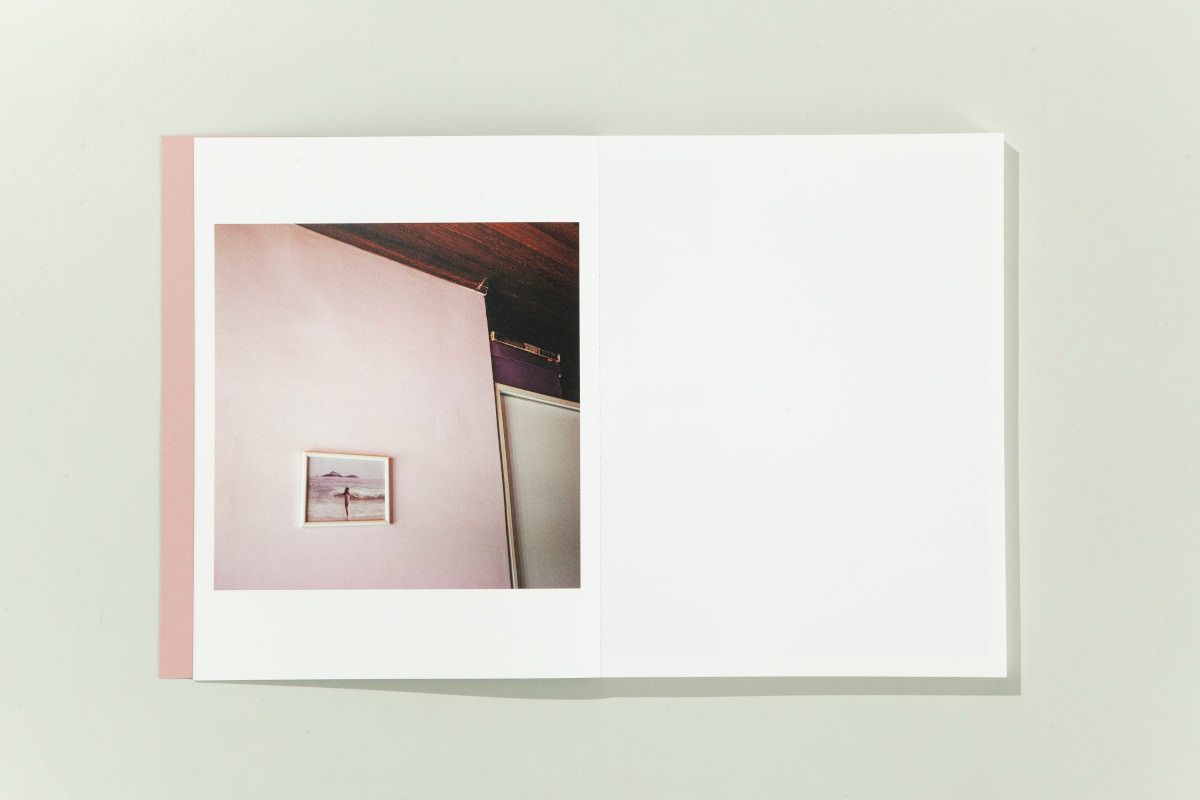 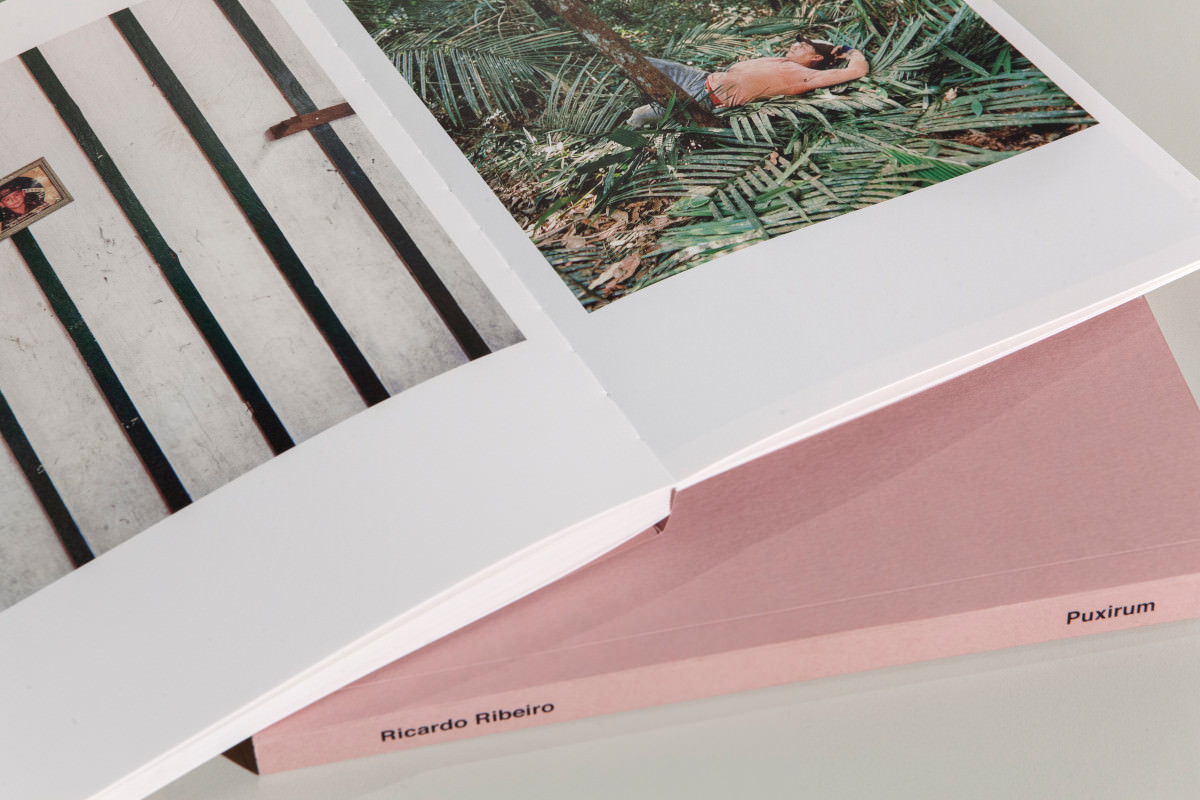 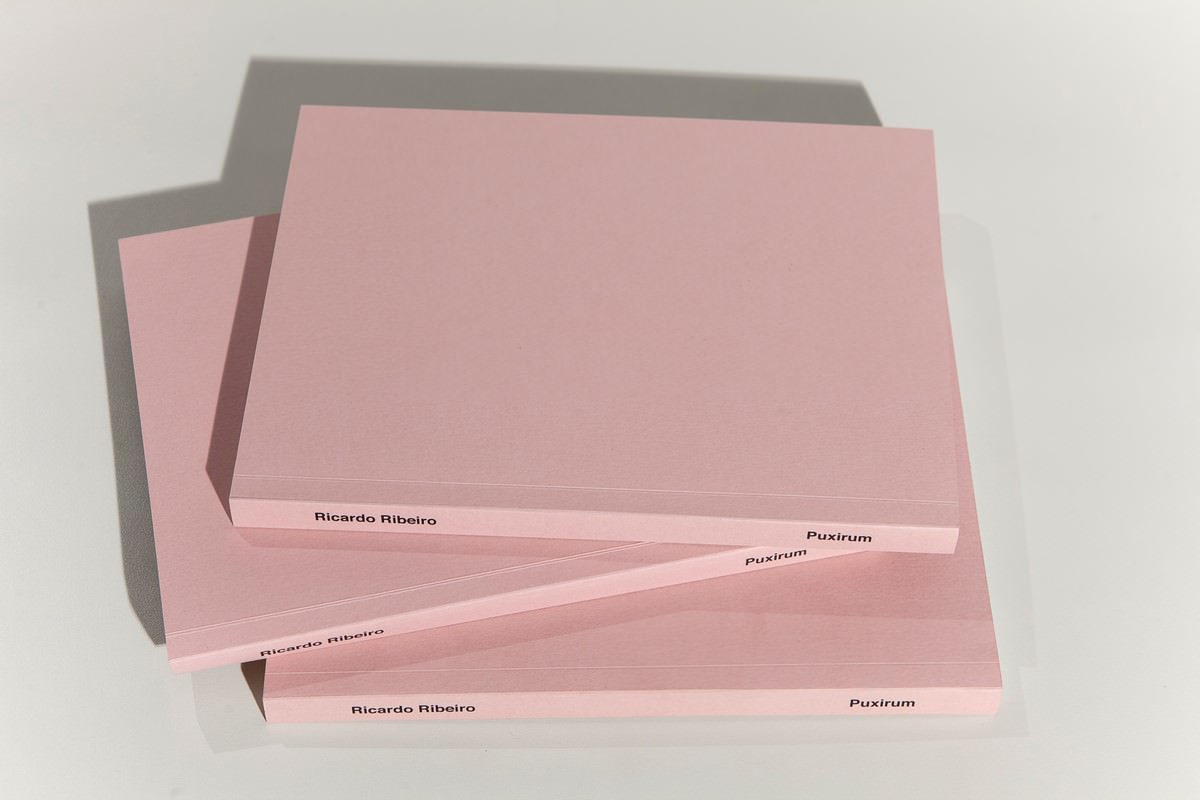 “Puxirum” is a word of Tupi origin that defines a social and cultural practice still found in rural areas in which a group of people get together for a day to collectively develop work in the fields. In Portuguese it can be translated as “collective effort”. During the nine visits he made to São Pedro over two years, photographer Ricardo Ribeiro closely followed the dynamics surrounding this work. On your first visit, still in 2016, arrived in the village with only a ticket, in which his friend Zair asked his mother Zeneide to receive him and introduce him to the other residents of São Pedro. From then, Ribeiro started to negotiate his presence in that place through small services that he could offer as a photographer, restoring old photographs, corroded by moisture, or making portraits of children in party costumes.

While learning to observe his surroundings and to live not only with that group of people, but also with nature itself, under a much slower pace of life than he was used to, Ribeiro photographed. I did not intend to develop any kind of anthropological work there, the feeling of strangeness and the displacement state would allow him, since, indulge in the development of your poetic language. This exercise, however, he was not immune to the problems that configured the context in which he was inserted, and ended up translating, pictures, the photographer's perceptions. “Isolated by the landscape and the lack of electricity, culture is on the verge of a break with a family-based past, religion, customs and community work. Young people who have benefited from successful government programs in the past two decades to reduce hunger, now, they reject long-established traditions and are no longer resigned to their parents' limited prospects ”, wrote Ribeiro in his diary.

In “Puxirum”, Ricardo Ribeiro portrays this feeling of a slow time with the help of his Hasselblad camera, in a completely analog process. Through low saturated colors and low light, his photographs convey the melancholic atmosphere that surrounds the village of São Pedro, through, for example, of the record of its inhabitants in moments of introspection. In one of them, depicts the scene around a young woman resting on a blue hammock after being struck by lightning. "Tampouco havia for the for the", wrote the photographer, “There was silence, a measure of waiting for what time would say ”. Such slowness, who also accompanied him during the ten-hour journey that had to go from Santarém to São Pedro, is addressed again in “New Old Clock”, film that also integrates the exhibition at the Gallery. 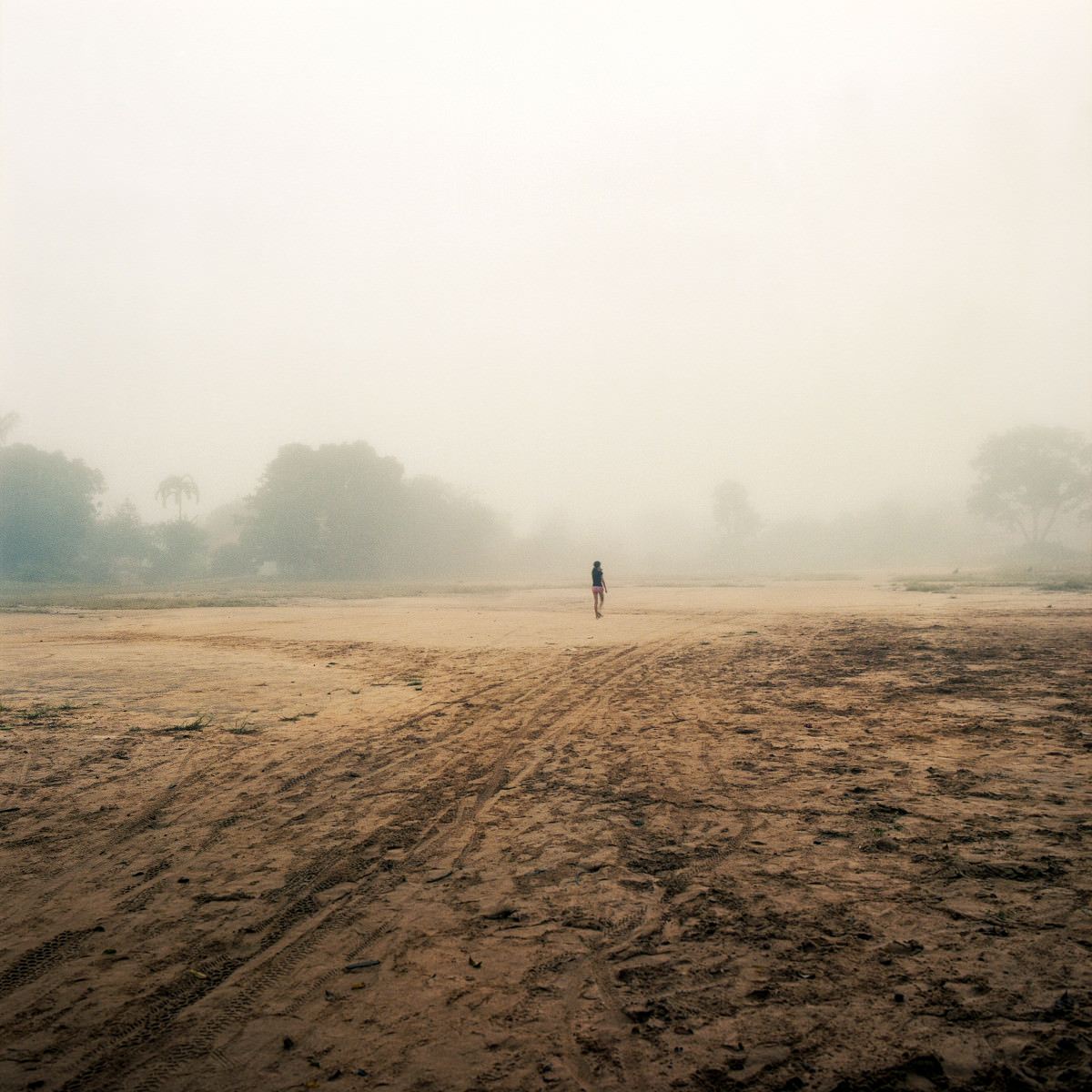 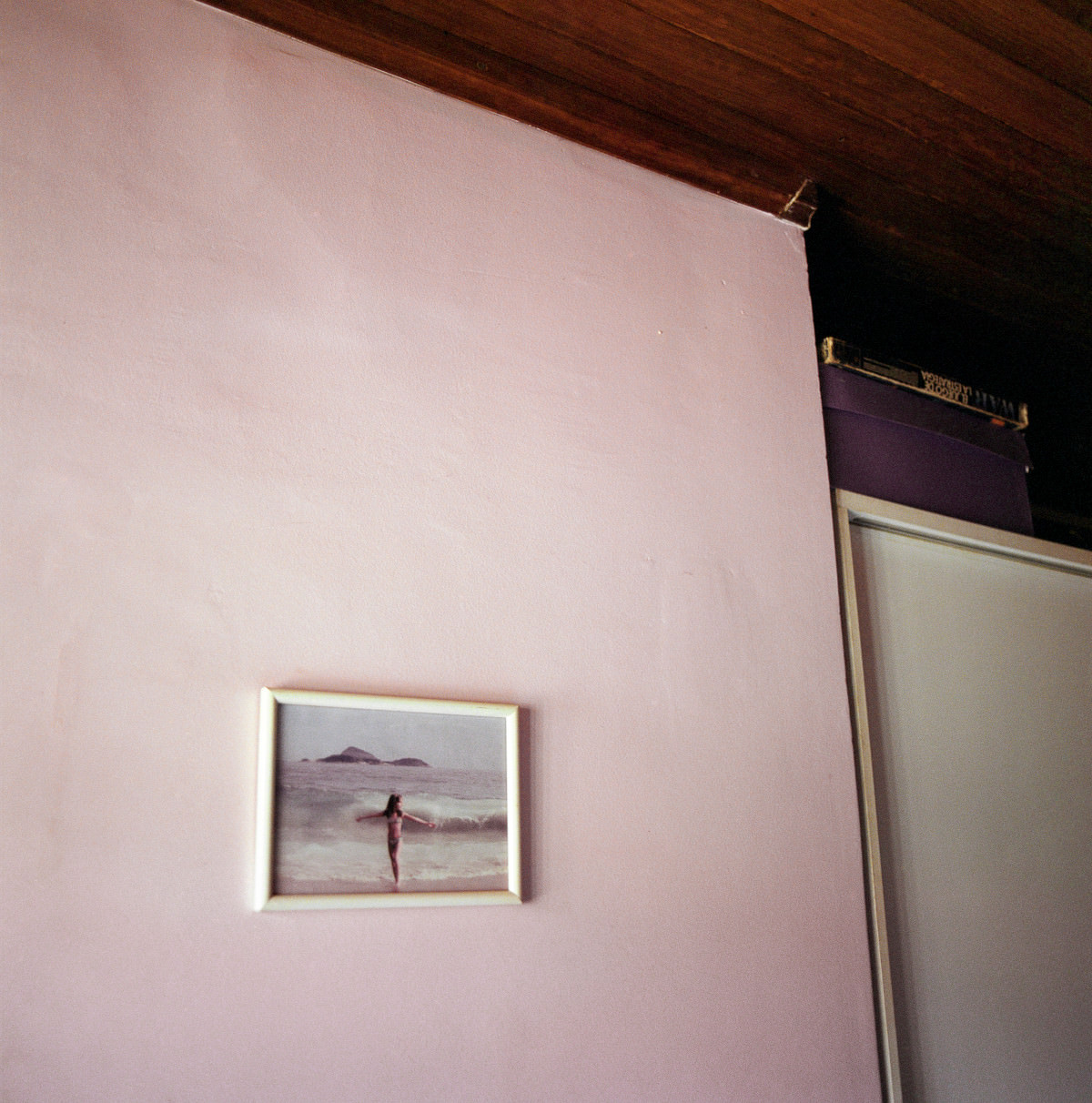 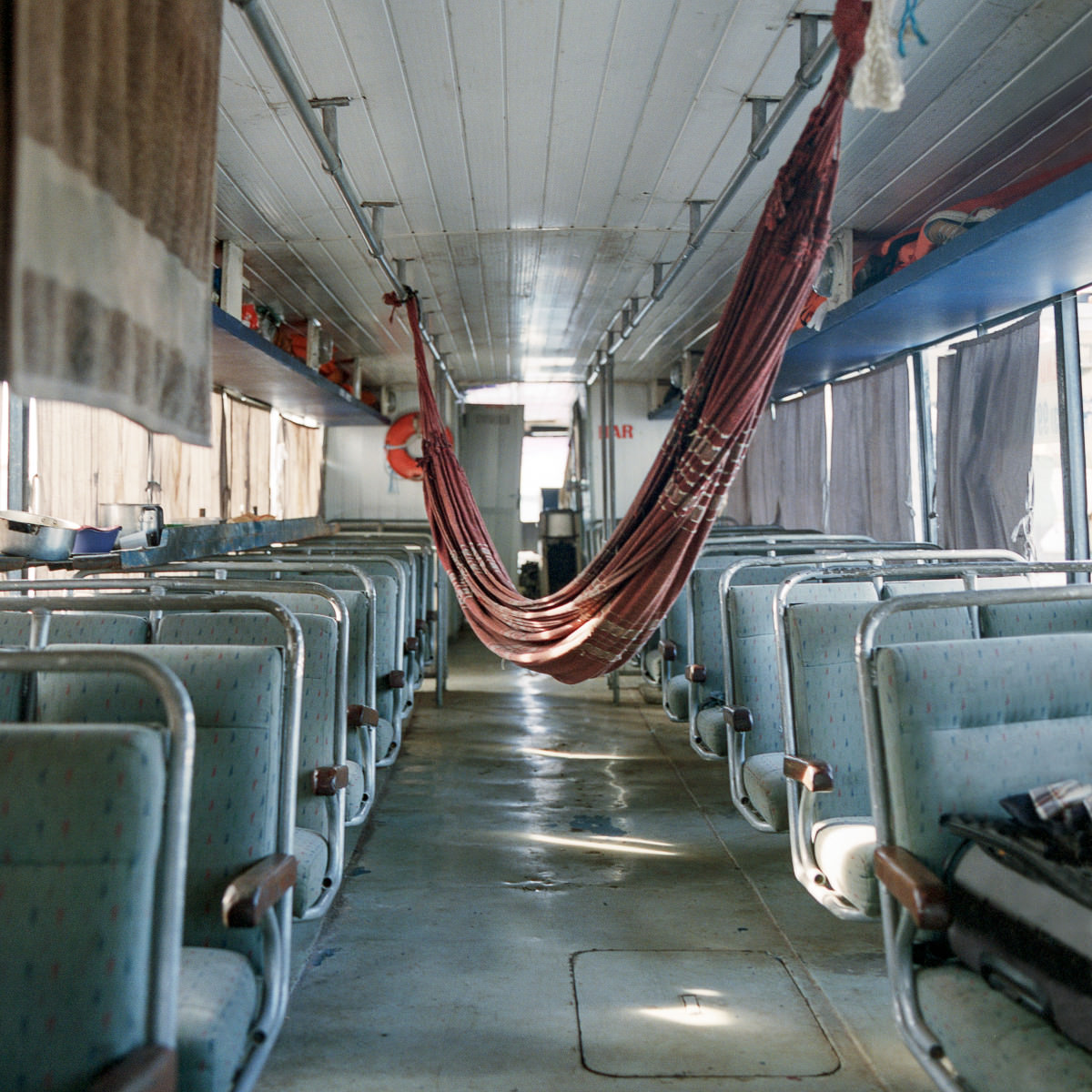 Many of the photographs he took in São Pedro were exhibited for the first time in the community itself, distributed in public spaces in the village and displayed in various formats. Gathered at the Community Shack 32 photos at an exhibition, and on the night of the opening he prepared a screen on the soccer field where so many other images were projected. At the indigenous school and at the regular school he set up photo poles with five copies of each, allowing each child to take home the ones they liked best. Outdoors, at points where photographs had been taken, mounted some panels of the images printed on canvas, material resistant to rains and humidity typical of the region. Still in the house where the local relay functioned, set up a video installation with the projection of “Filha Ausente”, film he made about the children who leave São Pedro. The title refers to the song of the same name composed by Mr. Rice (local songbook), dedicated to one of her eight children. Upon returning to São Paulo for the last time in 2018, Ribeiro started editing the book “Puxirum”, that besides the images, gathers fragments of the diary he wrote in the period he was in the village of Pará.

Ricardo Ribeiro was born in 1978 in São Paulo, where he lives and works. Photographer and visual artist, concluded in 2016 the International Center of Photography Creative Practices program – ICP in New York. His “Puxirum” project was shown on the spot, in São Pedro, community located on the banks of the Arapiuns River, in the west of Pará State, where it was photographed between 2016 and 2018, in a show designed and organized in partnership with local residents. The same work was awarded, in 2019, for the 7th National Photography Award Pierre Verger, and, in 2018, for the 9th Contemporary Daily Photography Award. It was also shown in Salvador-BA, Belém-PA, Porto Alegre-RS and Santos-SP. Your newest project, "North-South Left-Right", still in progress, was chosen and is now funded by the Pollock-Krasner Foundation (Pollock-Krasner Foundation)​ , based in New York, USA.