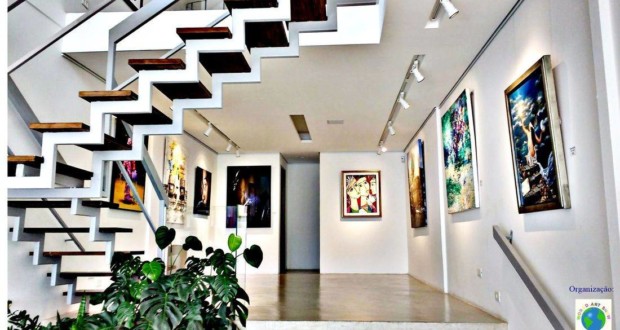 “Singularity exhibition at InnGallery - Art and Design” by Edmundo Cavalcanti

The group of Brasilia artists that are already part of the rich cultural background of Brazil in the Federal District proposed the Singularity view by referring to something or someone that has the characteristic of being single, it is distinguished from other, extraordinary.

So is the art world. This universe can be described as a quality or adjective attributed to a living being that is unique, that is distinct from the rest of his fellow, either by their artistic performances or other features that do not have plurality.

Eleven artist will exhibit their work in InnGallery – Art and Design.

Exhibition has the support / organization of World Art Show.

The event produced by InnGallery, Art Gallery of São Paulo, founded by curator and cultural producer Carmen Inn, It has the support / organization of World Art Show – company whose purpose is to promote culture and artistic knowledge, establishing strategies to create opportunities to achieve professional fulfillment of Brazilian artists, directed by journalist and entrepreneur Sula Costa. 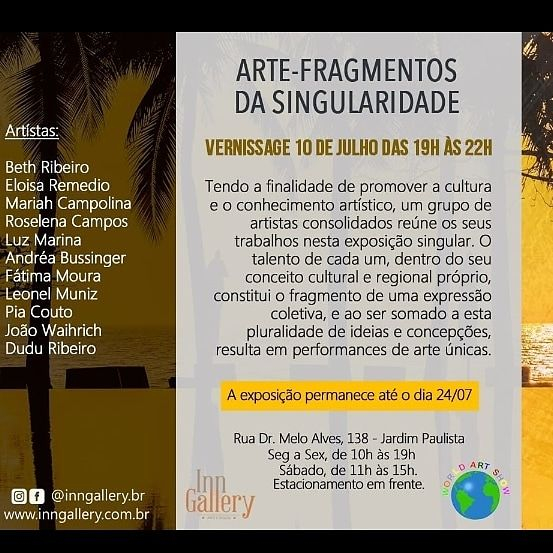 Previous: Friday has chat between the artist Sandra Ramos Antunes and art critic Felipe Scovino, on Mul.ti.plo.
Next: The July holidays in Educational CCBB – Art and Education have many special activities for babies and all ages!