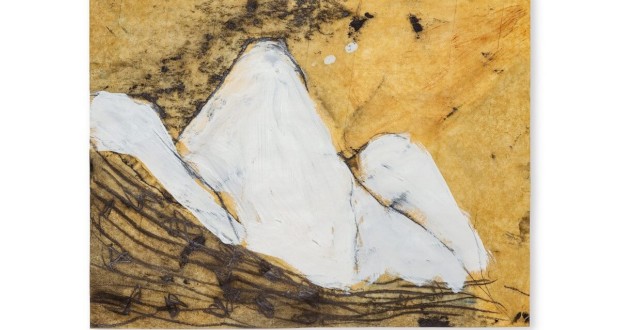 With an installation, drawings, monotyping, paintings on paper, engravings and sculptures, the individual “No Man's Land”, by Elisa Bracher, at Galeria Estação, in São Paulo, proposes, from its contemporary poetics, figurations and artifact trace objects, raw materials and traditional manual techniques

by the gesture of doing, present in different ways in the production and artistic career of Elisa Bracher, “Nobody's land”, artist's solo show at Galeria Estação, in SP, exposes from his contemporary poetics, figurations and artifact trace objects, raw materials and traditional manual techniques. A exhibition, who premiere in 28 August, Saturday, to 11h, and remains on until 2 October 2021, features 35 works arranged in three spaces of the Gallery, among them, drawings, monotyping, paintings on paper, engravings, sculptures and an installation.

At the entrance to Galeria Estação, a huge angelim wood carving curved on the wall and resting on the floor, leans towards the viewer. Actually, this work starts from the shape of the troughs, those ancient utensils in which food and meals were stored, and in the exhibition space it unbalances our gaze and loses its original functionality.

A second sculpture, an open cube made of wattle and daub – a technique used to build old popular houses in the interior –, is cut, not anymore, as it was traditionally, by a tree, but by a cane. The third is a sculpture in wood and ceramics materialized in three stacked wooden blocks, in which the typical houses of the interior, made of wattle and daub, are embedded, leaving only their facades apparent. The fourth takes up the plastic of the houses embedded in the structures, but, This time, with the blocks nailed to the wall and positioned side by side. The fifth sculpture features a round sloping earth base, with a wooden frame supported on top.

The installation exposes the traces of wood, marbles and ceramics, materials that appear supported on each other, as if they were trying to delimit a space between the inside and the outside of the work. As Elisa Bracher points out: “This exhibition presents works started more than ten years ago. Drawings and engravings show mountains and landscapes that dissolve and rebuild over time. The sculptures only happened when they found a place to be. By the time we agreed to have the exhibition at Galeria Estação, the works came into being. In me already inhabited, but the place that would welcome them was missing. The installation Remains in new body is the transition". 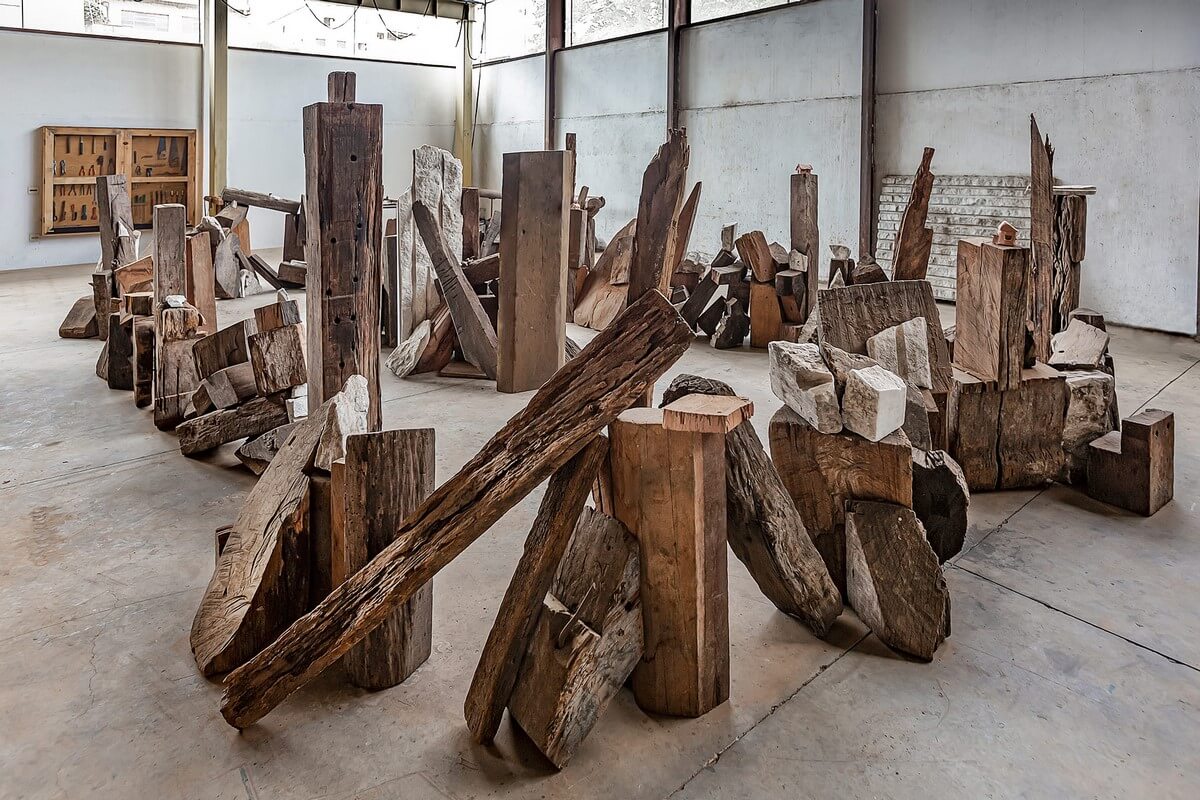 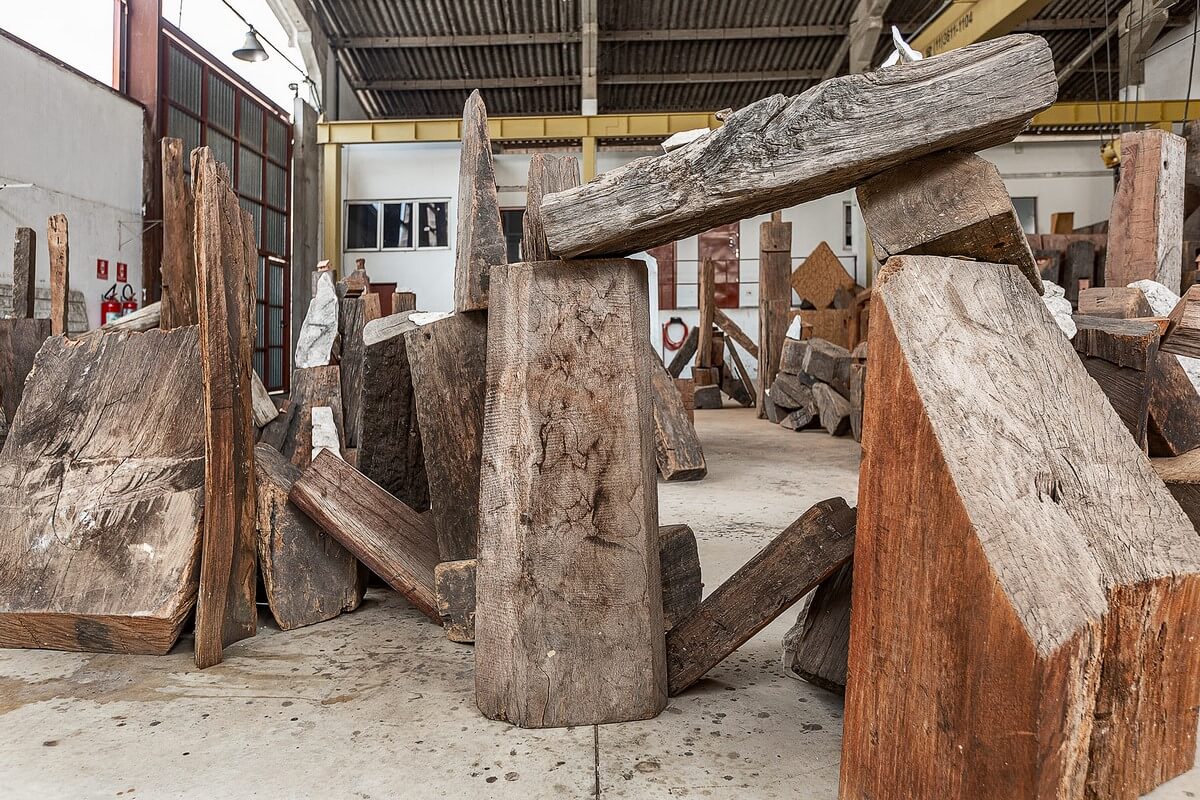 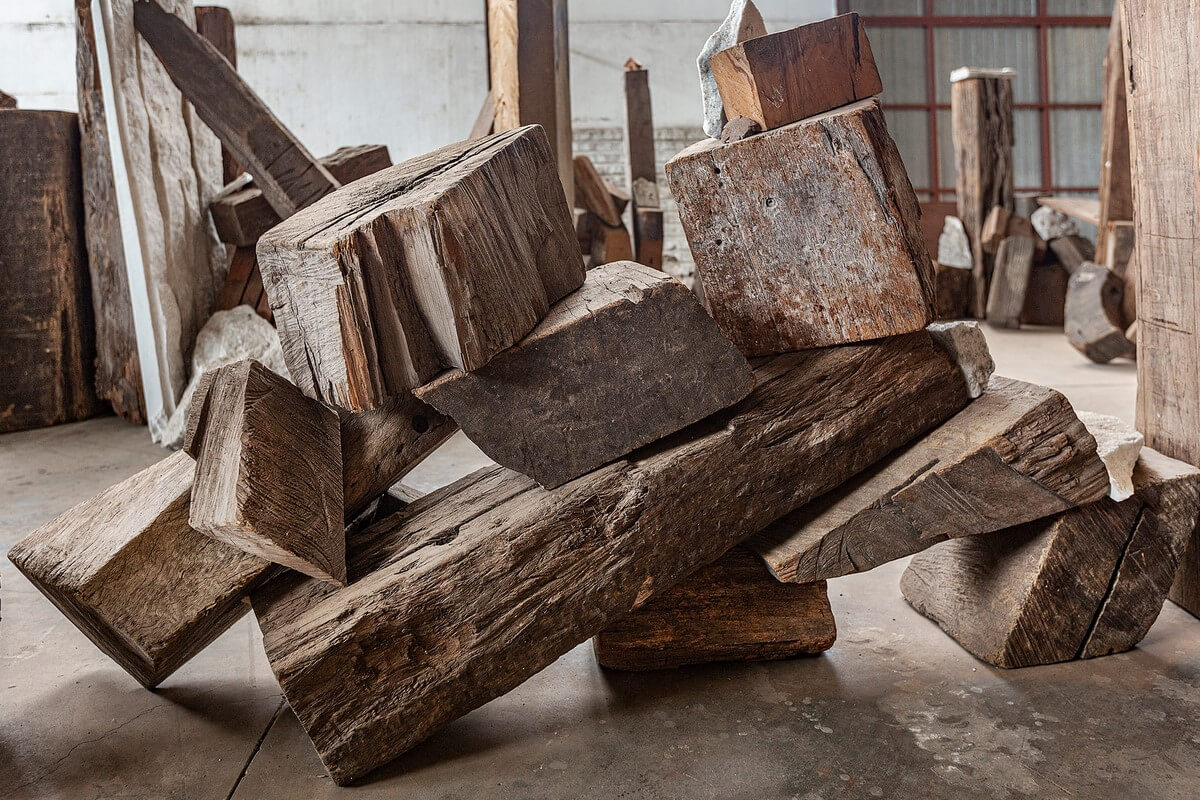 The five sculptures and installation that will be shown to the public, and that bring elements of the tradition of Brazilian material culture, dialogue with the drawings. in your process, Bracher parte do material, it is he who suggests the form and construction of the image. Unlike the lines of the engravings, Precision-built metal tools on rice paper, in the drawings, the hills traced in thin and fragile lines suggest a detachment, a departure from the ground. “They hover over a surface stained with a tinge of oxidation or clotted blood.. are visions from afar, very far, from places out there, but that no one sees up close”, says Tiago Mesquita in a curatorial text.

In turn, the work with the monotypes present in the exhibition starts from a dialogue with the conductor and pianist Rodrigo Felicíssimo. Bracher exercises in this visual language the spatial marking formed by lines detached above the curves and shapes of the mountains. It is a plastic landscape that dialogues with the pianist's research.

Felicíssimo's research focuses on one of the methods of creation of conductor Heitor Villa-Lobos. For the composition of Symphony No. 6, titled "Above the Mountain Line", Villa-Lobos composed the design of the musical score based on the observation of the curvatures of the lines that the tops of the mountains trace on the horizon. Both in the symphony and in Bracher's research, the form manifested in space is not disconnected from the abstraction of sound; in happy, the soundscape expands the senses through the perception of the plastic landscape. 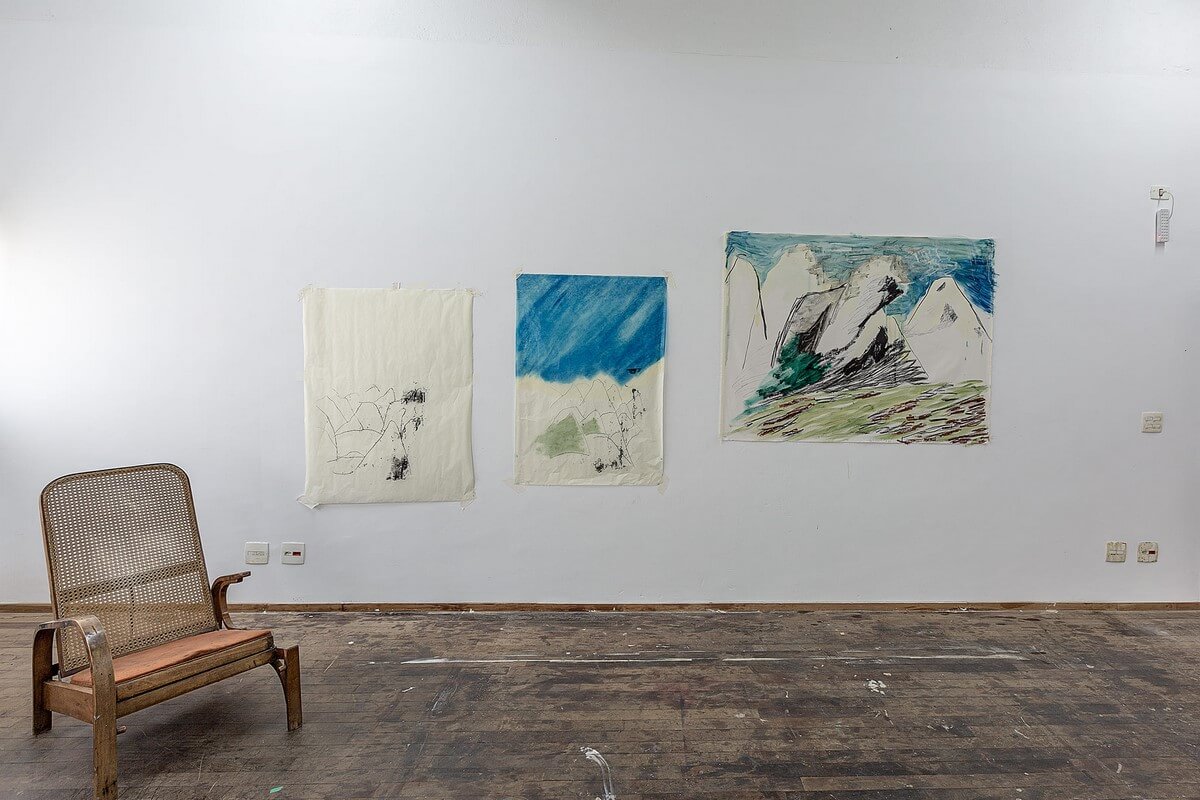 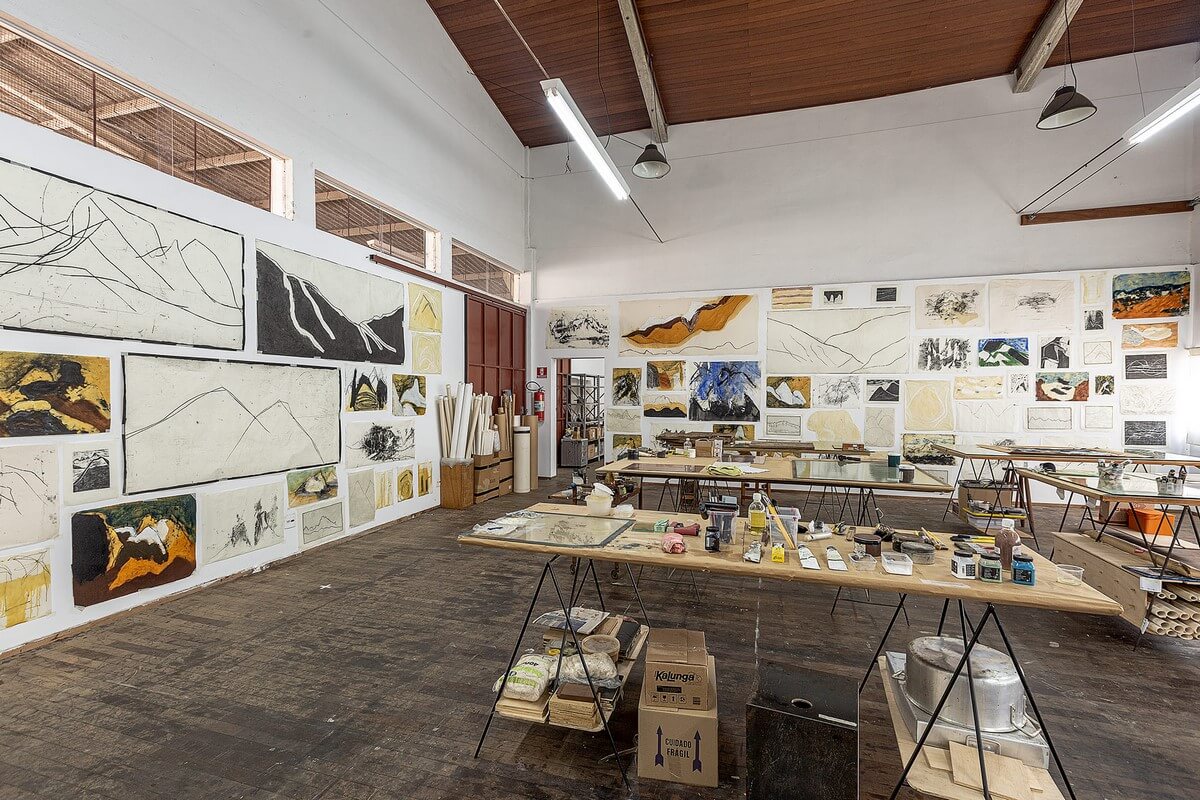 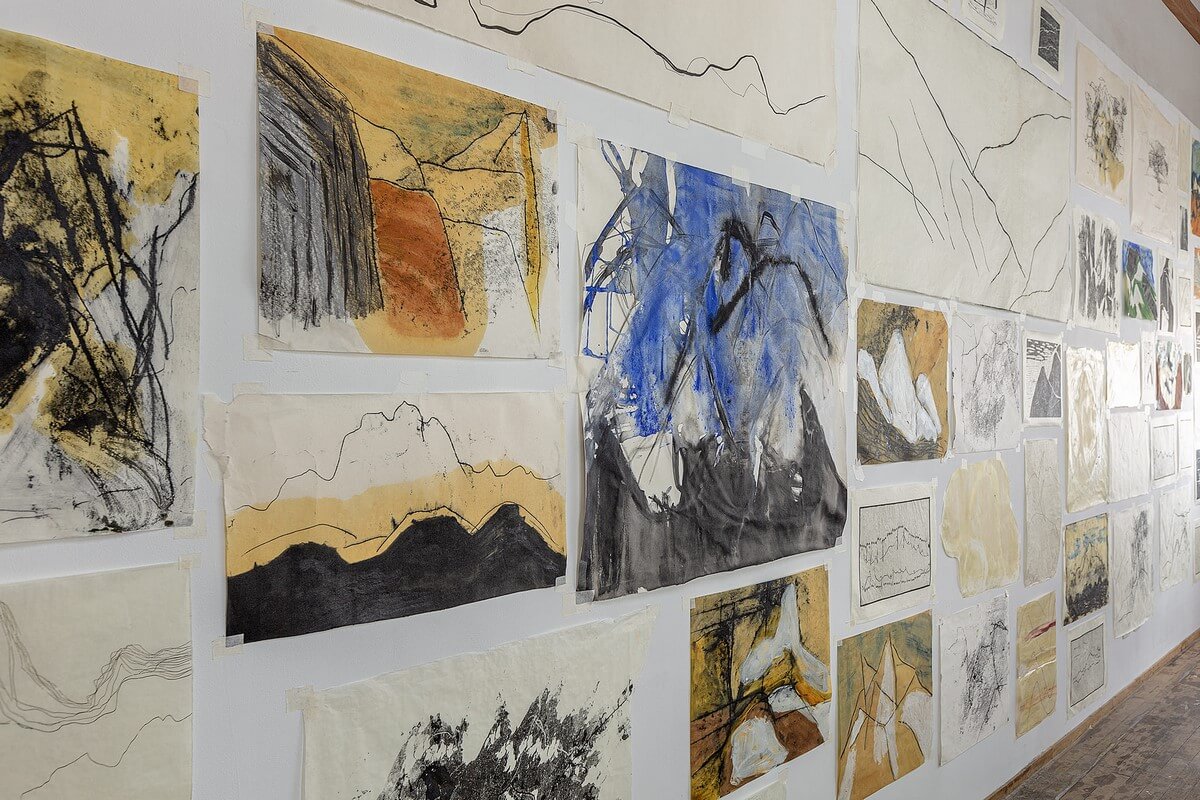 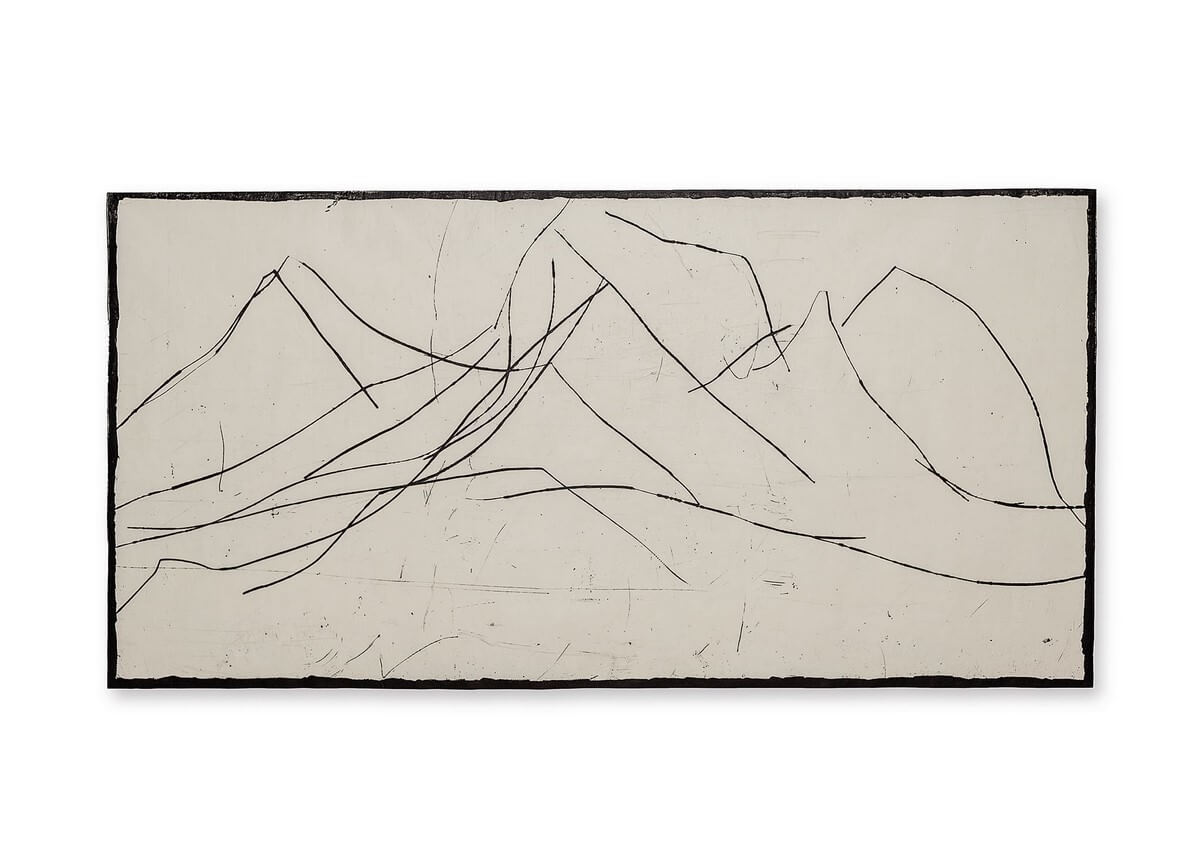 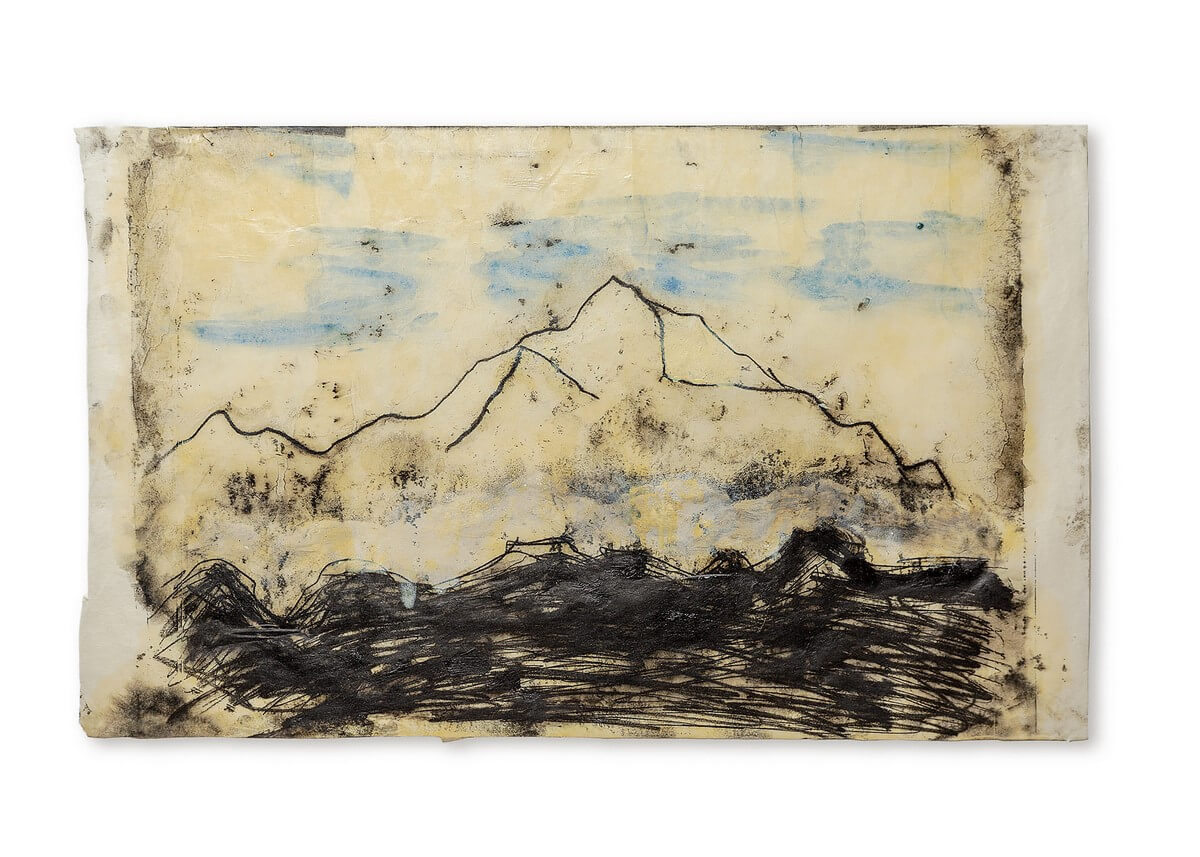 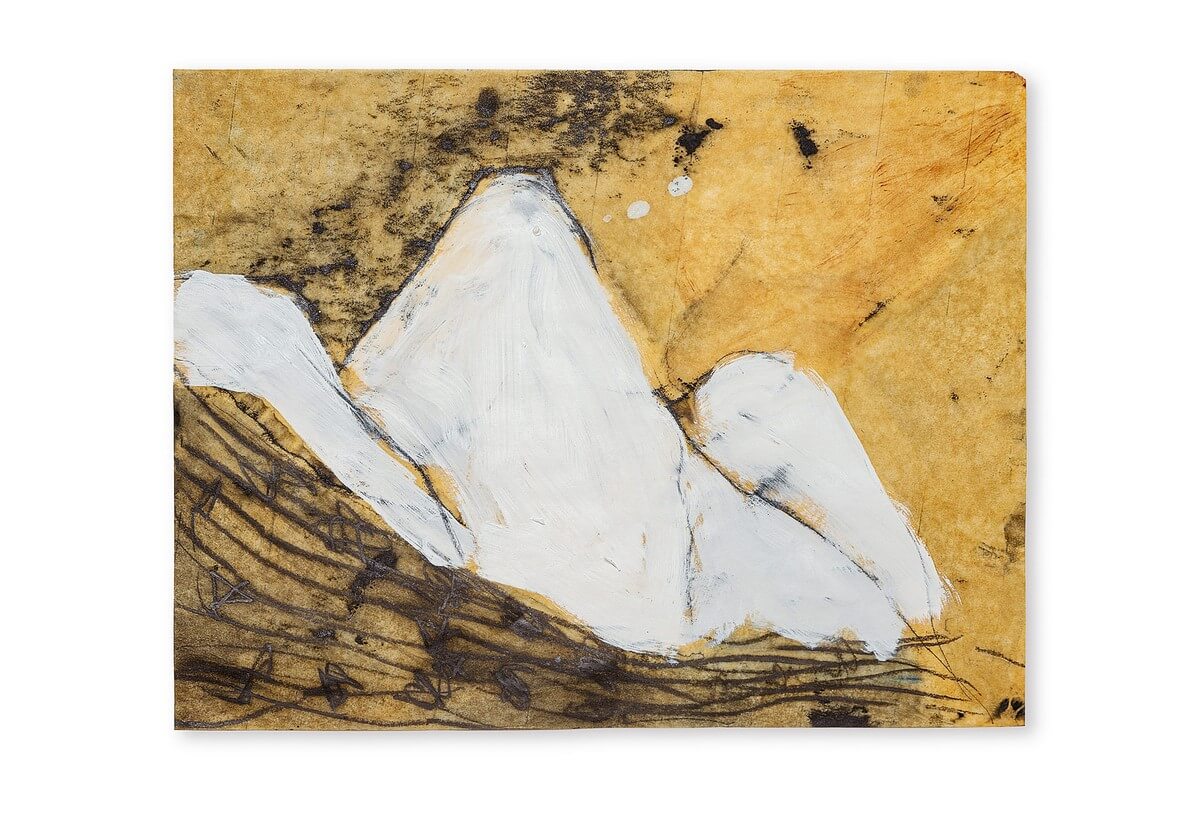 OPENING OF THE EXHIBITION "LAND OF NOBODY" BY ELISA BRACHER WITH POCKET SHOW BY MÔNICA SALMASO AND PIANIST RODRIGO FELICÍSSIMO.

With the special participation of singer Mônica Salmaso, accompanied in a pocket show by conductor and pianist Rodrigo Felicíssimo, the opening opening of the exhibition “Nobody's Land”, solo exhibition by Elisa Bracher at Galeria Estação, What happens day 28 August, Saturday, às 11h, relates the artist's work in monotype with Felicíssimo's musical research.

Nas monotypical, Bracher exercises the notion of visual landscape, with the spatial marking formed by lines detached above the curves and shapes of the mountains. In turn, Felicíssimo's research on soundscape is based on one of the methods of creation by conductor Heitor Villa-Lobos; for the composition of Symphony No. 6, titled "Above the Mountain Line", Villa-Lobos conceived the design of the musical score based on the observation of the curvatures of the lines that the tops of the mountains trace on the horizon.

ABOUT THE STATION GALLERY

With a collection among the most important in the country, the Station Gallery, inaugurated not end of 2004, was consecrated for revealing and promoting the production of non-erudite Brazilian art. The gallery was responsible for the inclusion of this language in the contemporary art scene, by editing publications and conducting individual and collective exhibitions within and outside the country.

Currently, the gallery has been incorporating into its cast artists from the contemporary art circuit whose works dialogue with non-erudite creation, as José Bernnô, Germana Monte-Mór, Moses Patrician, Santídio Pereira and André Ricardo.

Starting from this rare competence, the space manages to offer a historical and current panorama of a production that went beyond the limits of popular art, while investigating names that, regardless of training, work with elements from the same source.