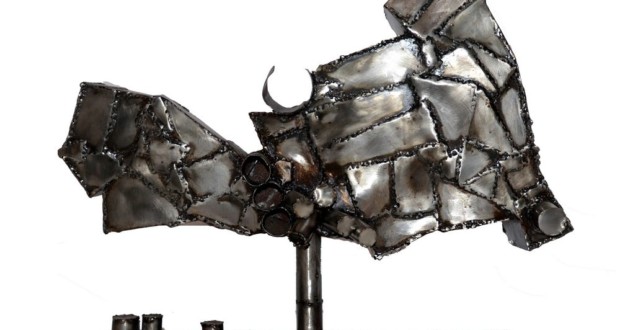 Despite his age, the sculptor Caciporé Torres continues to produce with the pace and enthusiasm of a young artist.

In 16 August it opens new solo exhibition in São Paulo, This presents three dozen works, most of them produced in the last two years. The show, that for ten days will be in Gallery Brazilian Painting, is titled three Oceans - alluding to the fact that Caciporé It has gone through three generations since the beginning of his artistic career, in 1948, when first exhibited his works. The curator is Carlos Zibel and Antonio Carlos Cavalcanti Filho.

The sculptures gathered in three Oceans has, almost all, as main material, stainless steel scrap state. Several are painted, in whole or in part, with automotive paint, procedure that began to be used by Caciporé from the years 1970, especially in its large sculptures, aimed at open spaces - one of the hallmarks of the artist.

On display are three of the large works, magnificent sculptures with closed height of three meters. Except for several older works, including some produced in years 1960, the rest are mid-size - with heights ranging from 120 and 185 cm.

Are, all of them, as always, strictly planned works. The creative process Caciporé when it begins, for example, sees a cut on the pavement…

The first step is the design - he said, “who does not draw is not an artist” and “a sculpture is a drawing in three dimensions”. Do after studies, mockups, arrives to take sometimes more than two months to feel ready to, anyway, enter the studio, grab a plate and start cut. And if any arises “problem”, It does not make corrections: takes a cut that appears, adds a fold more. 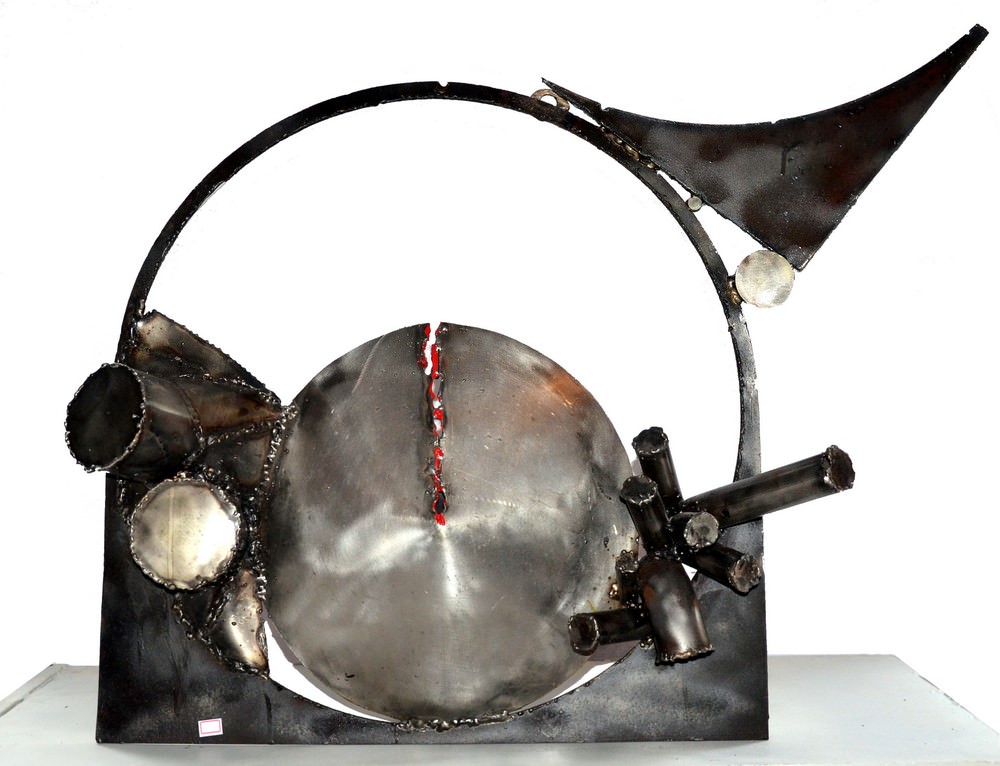 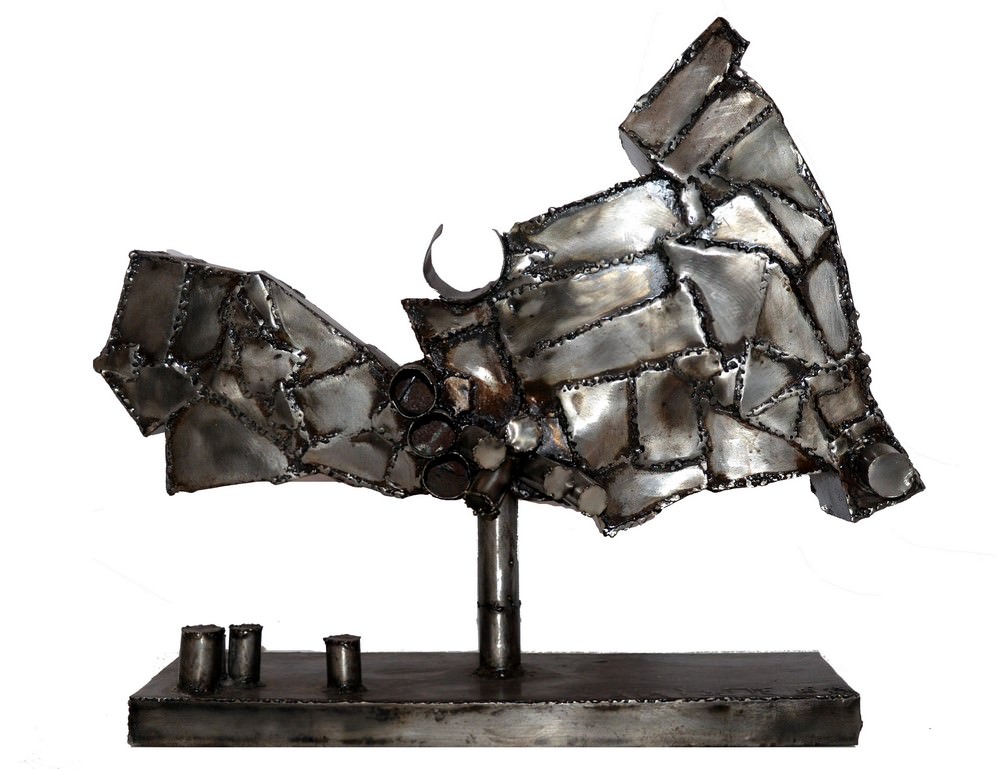 Not farm out nothing! - As always, the three dozen sculptures Caciporé Torres gathered in three Oceans are no parts that can be applied the adjective “beautifuls”.

The beauty never was his goal. He avoids fads, trends that mark each time the fine arts. In his sculptures there is no smooth surfaces and polished, more crude forms, marked by the scars of the welds. Caciporé always challenges the aesthetic and geometric balances. “I abhor the decorative”, the firm.

Practically all the works in the exhibition reveal one of the defining characteristic of the artist's sculptures: coarse welds, aggressive. Welds that act as functional elements and, at the same time, aesthetic. That impact the viewer and end up becoming… beautiful!

says Caciporé: “I pay very badly, never find employment as a welder”. despite this “technical limitation”, Caciporé always chose to make himself alone to make all steps of your artwork. He definitely is not one of those artists who create models and send it to be executed by specialized workshops. In his studio, equipped with simple tools - manual cutter to cut the metal plates, arc welding and an electric sander -, is he himself who cuts, sandpaper, cock, shapes, solder, surface. “Not farm out nothing, to the pin I do”, the firm.

The artist works with only one helper, which basically takes part at the time of installation of several pieces of large sculptures - highlighting that, Also at this time, Caciporé actively participates. Today is keen to climb the scaffolding and make himself the completion of the work.

For all this, over artistic life of decades, with style and language still evolving, Caciporé It proved to be always an artist with a strong personality, owner of an absolutely personal sculptural language. The exhibition three Oceans It is great opportunity for appreciation of his work. 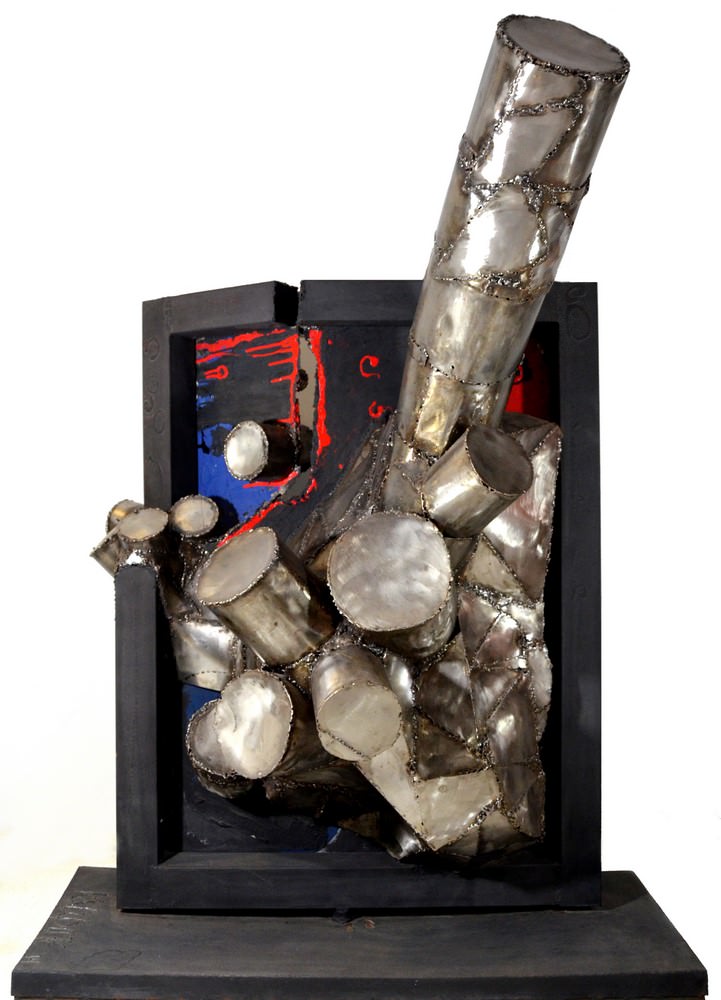 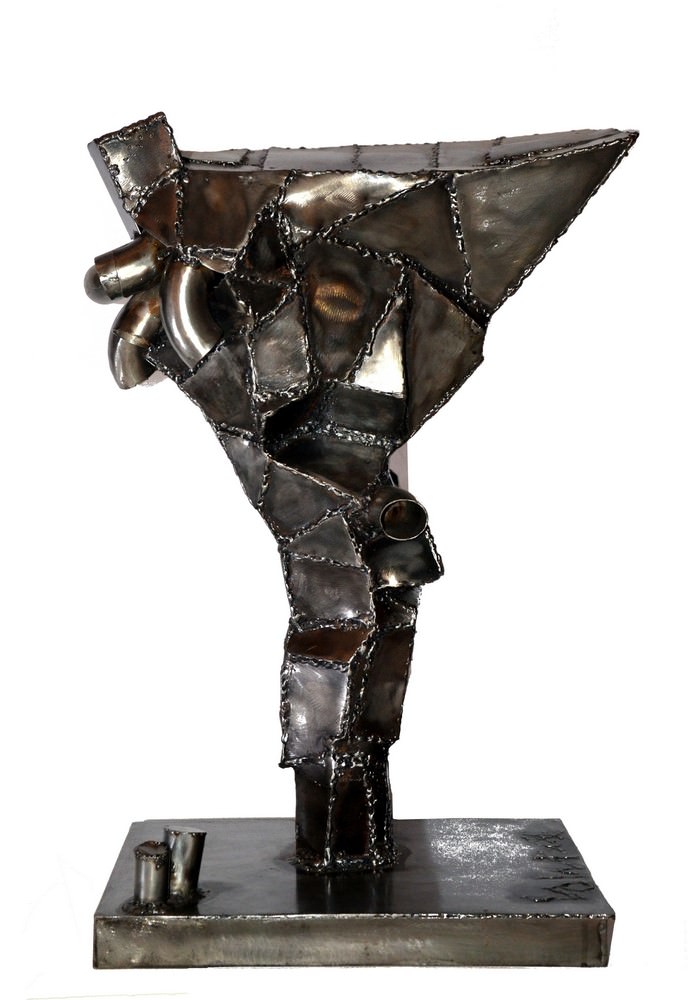 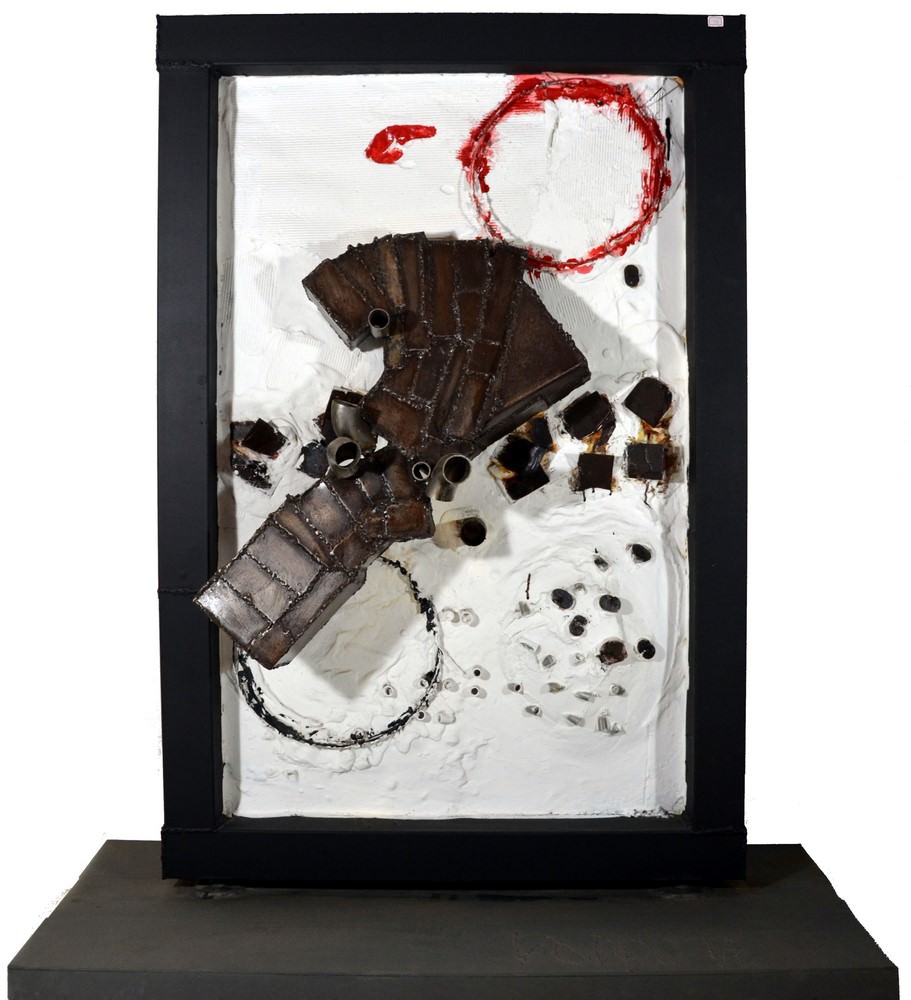 Calling for open spaces – “Caciporé” it means “strong and handsome boss”. It's coming word of indigenous languages: father and mother Caciporé Torres They married in Europe and decided to give three children Indian names, and Brazilian.

Born in 1935, as a boy Caciporé already was different from other children. If the vast majority of them loves to draw, he preferred to play with bread crumbs, really liked was volumes. Before long, he began to make artist. Already in 1948, at the age of 13 years, He exhibited for the first time their work, and 1951 He participated in the 1st Paulista Salon of Modern Art.

That same year 1951, especially encouraged by father, sent jobs to the first International Biennial of São Paulo - three charcoal drawings and a sculpture in plaster with the title “The Marginal”. Not only had their work accepted as it came to winning the coveted trip to Europe. had just 16 years, and the father had to emancipate him so he could travel!

Caciporé then began a productive and stimulating international tour. Between 1952 and 1967 divided between Brazil and Europe (mainly Italy and France), studying, working and living together with artists such as Alberto Giacometti, Pericles Fazzini, Marino Marini e Alexander Calder, with which very learned. During this period participated in five other Biennales of Sao Paulo (2st, 3st, 6st, 8st, 9st), and then still two other (13ª and 22nd) - was awarded in five of them. also participated in international importance shows, as the XXVI Venice Biennale, the Quadrennial of Rome and the Biennial Youth Paris. 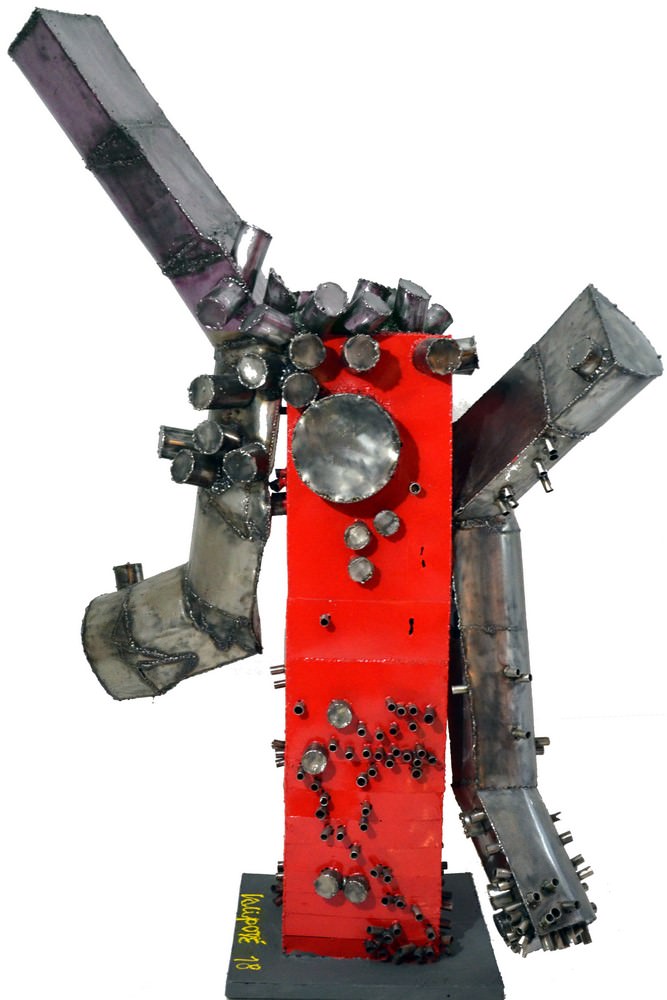 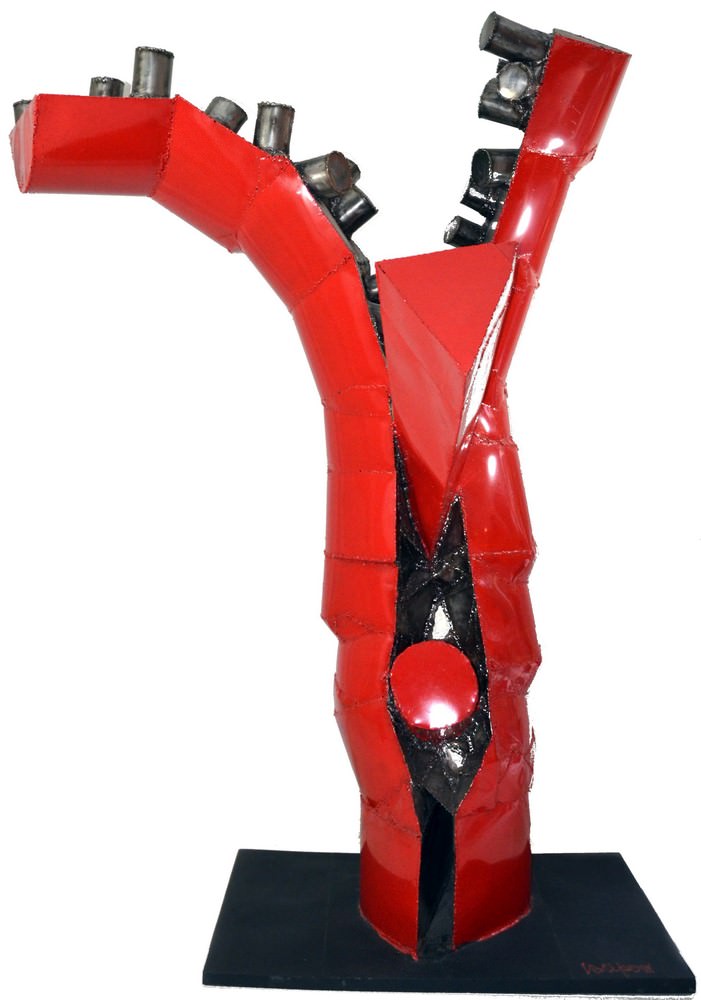 In his extensive exhibition curriculum, one of the most important individual Caciporé happened in 1969, when the opening of the new headquarters of MASP, Avenida Paulista - the invitation, and curated, de Pietro Maria Bardi. He, already in 1955 I had an individual in MASP when the Museum was still on the street 7 April, presented in the magnificent span of nine monumental sculptures in metal museum, that for weeks and weeks attracted the attention of the crowd that daily circulates the avenue.

Was born at that time his calling for the creation of large sculptures to be installed - and integrated - in public spaces. long ago Caciporé He became the artist with the highest number of sculptures in public spaces. They are now about a hundred works, which are in various cities but, mainly, in Sao Paulo - highlight up, among so many, a monumental sculpture “Flight”, on Praça da Sé.

As evidence of this vocation Caciporé for open spaces, highlighted that, in the exhibition three Oceans, two of the large sculptures will be in the area just before the gallery entrance. ale “welcome visitors” exhibition, these sculptures can be enjoyed by all who pass by daily street Greenland. 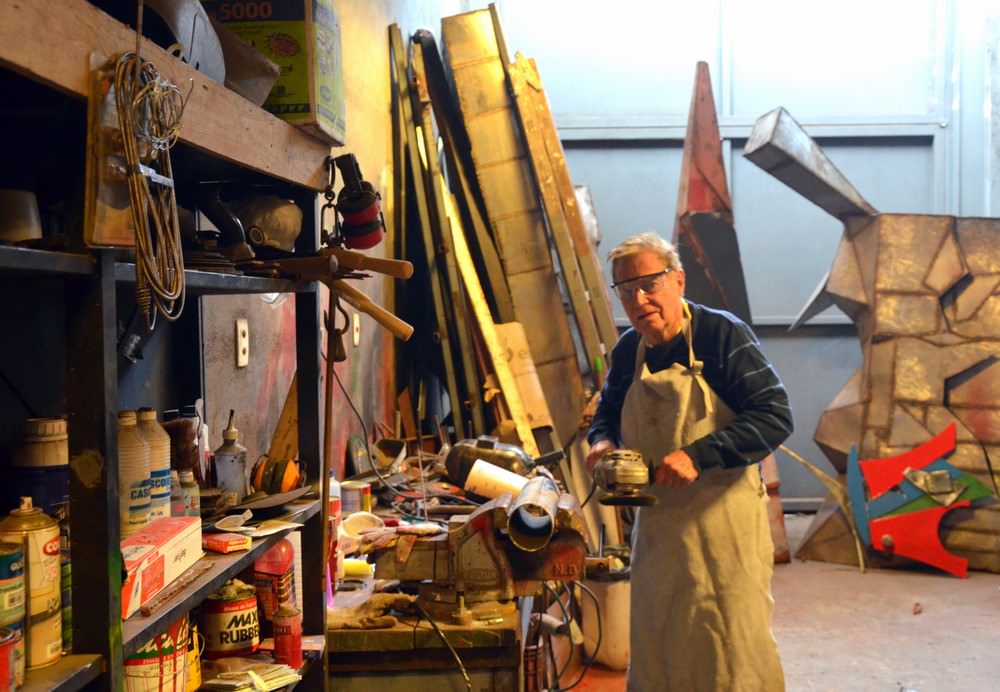 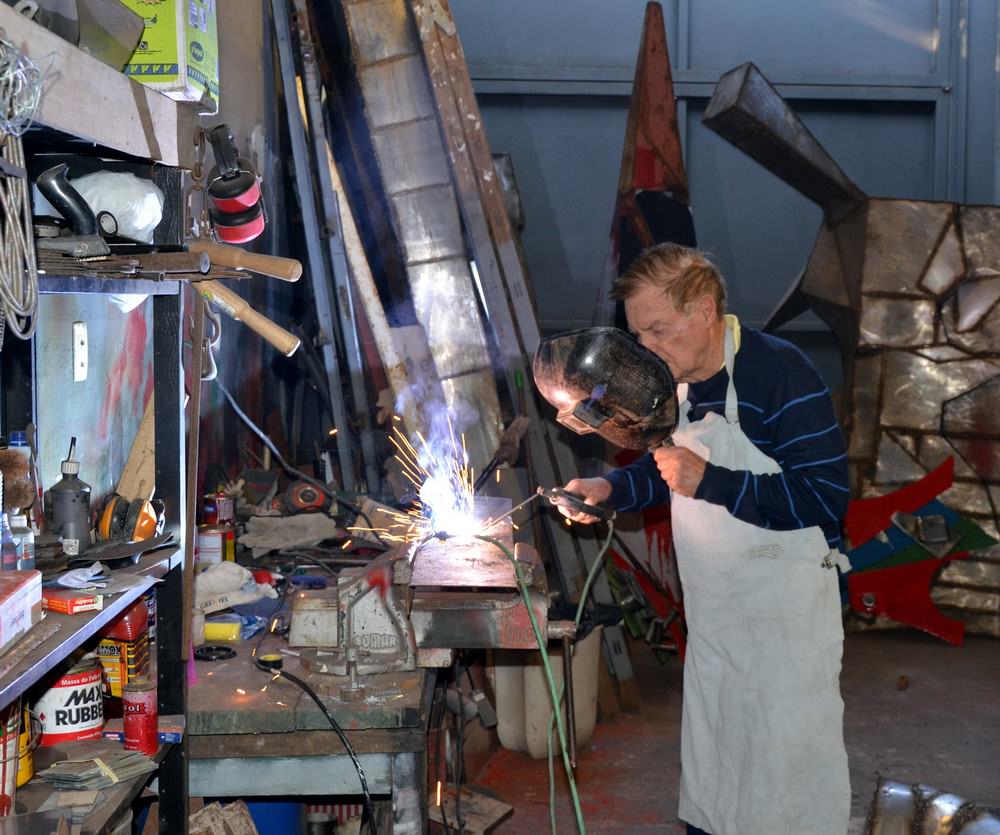 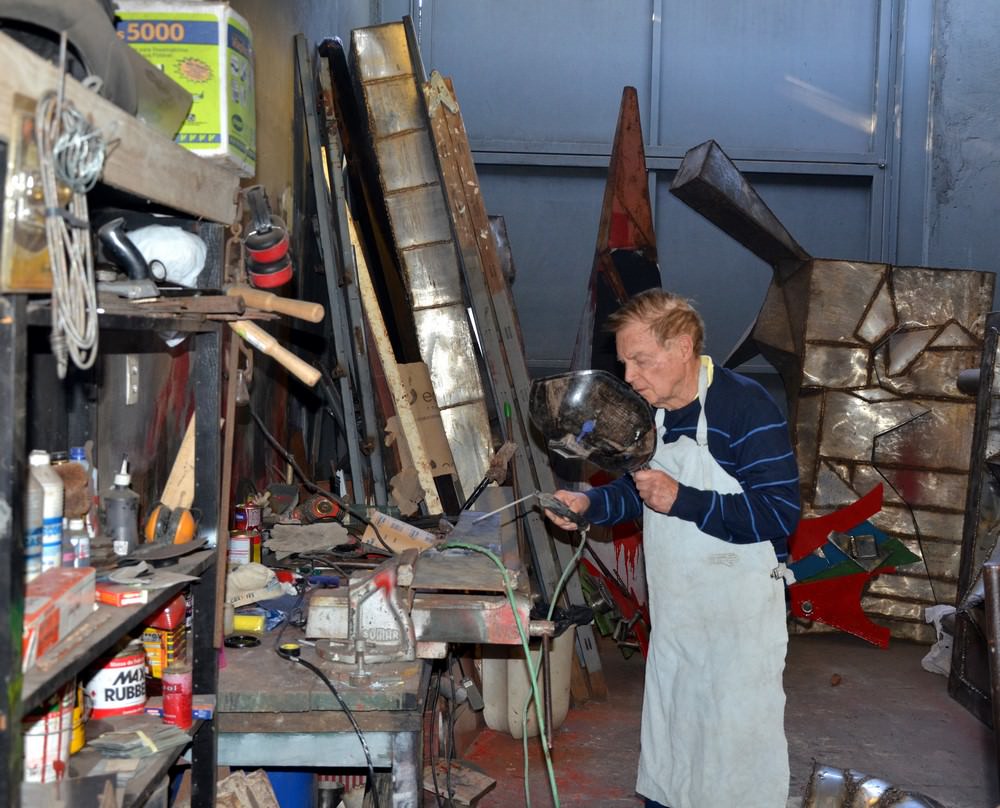 Sculptures like vortices of space - Excerpts from the text of Trustees Carlos Zibel and Antonio Carlos Cavalcanti Filho for the exhibition catalog:
(…)
As an artist, Caciporé Torres was consecrated a master at dialogue between the pure materiality, the volume and the geometry of the shapes and fit to perfection, as we shall see, the modernist ideals that come to value the creative path generated in the individuality of the author more than the formal canons and academic procedures of former times.
It is symptomatic that in the same Bienal de São Paulo where Max Bill, almost synonymous with modernism, was chosen artist honored, the sculptor Caciporé Torres has received as an artist revelation Travel Award for Europe.
(…)
Despite an admirable production drawing and engraving, the artist kept his sculpture in the informal and geometric line, without adhering to the face of rational constructivism, giving up, however, freedom of upcoming raids to figuration, but, always within the modern understanding. It is known that, in that, may be worth the suggestion that the faithful representation of the object, as well as Treatment rustic, more than the polished matter, since it preserves the feeling and the visual language of the creator.
At that time they are established in the modern plastic Brazilian repertoire certain contemporary strategies that seek to bring the viewer to the role of agent and participant, as pontificate by Hélio Oiticica and Lygia Clark. Sculpture as object. Works as facilities. Site specific, penetrable, manipulable and others that currently have become commonplace.
This founding period for contemporary art in the country the sculptor Caciporé Torres participated actively with their assemblages and panels, both in open space facilities as site specific.
(…)
In developing the work option that establishes national and internationally the artist dips, ever deeper, the scrutiny of the nature of sculptural representation and the demands of artistic language that their range of procedural options and determines matéricas.
The request for space each inner heel sculptor adds to the piece, unfolding in vacuo, It resulted take many of his works for large sites or open where, since, we breathe, to expand, mobilize. Trees, equipment, groups, buildings and crowds. In them the work flourishes.
Not unintentionally his work was quickly discovered by Pietro Maria Bardi, at the time director of the MASP, and by important Brazilian architects, with whose projects she talks, values ​​and supports.
And it is an observer of the scale urban space that easily realize such sculptures / buildings / objects like vortices of space.
Situation in which the work has a cyclopean face and the artist acquires the public eye his mythical character.

Previous: MAR performs debate on challenges of museums in international seminar
Next: Philosopher discusses study the issue of social inequality in Brazil, their causes and possible solutions