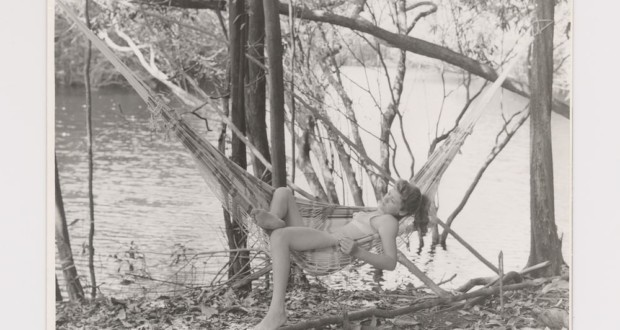 GALLERY VITRINE CULTURAL BOX, FROM 7 FROM JUNE TO
20 OF AUGUST. FREE ENTRY.

*Photographs, documents, notebooks of voyage, newspaper stories, and
the projection of an edition of the film ' the White Goddess '

For Oswald de Andrade, He was known as "the Cannibal ideal". Civil engineer, architect, set designer, plastic artist, writer, performer, stylist… It's hard to find an area in which Flavio de Carvalho has not ventured. He even stated, the artist is like an archaeologist, and he, in a way, continues the expeditionary heritage founder of Brazil. This facet of the man who personified the exploratory Vanguard will be in focus at the exhibition FLÁVIO DE CARVALHO-EXPEDITIONARY, the Cultural Box Brasilia presents 7 from June to 20 August, Showcase Gallery.

Curated by Amanda Bonan and Renato Rezende, were collected residues and traces left by a series of experimental and Expeditionary-oriented projects carried out by the modernist artist who devoted himself to break rules, widen your horizons, break the academism of ways treat the art. Flávio de Carvalho is synonymous with invention and controversy.

The exhibition will be accompanied by a round table to be held on the day 10 of June, with the mediation of Renato Rezende and the participation of researchers Ana Maria Maia, Veronica Stigger and Luiz Camillo Osório. 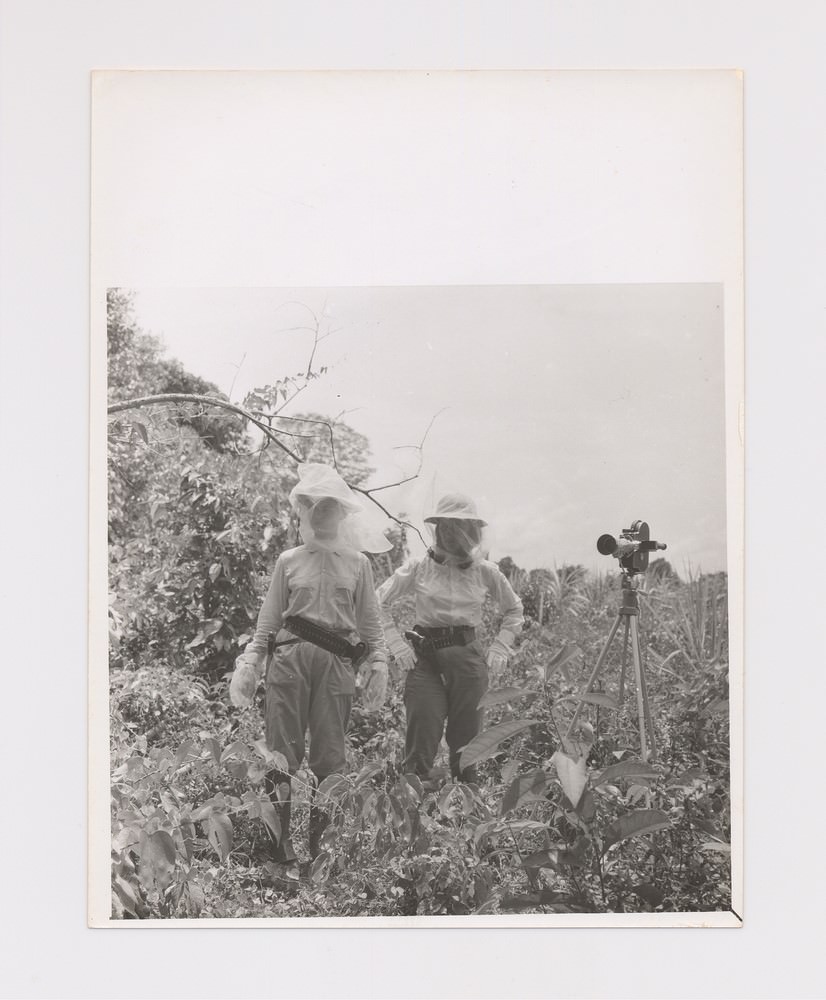 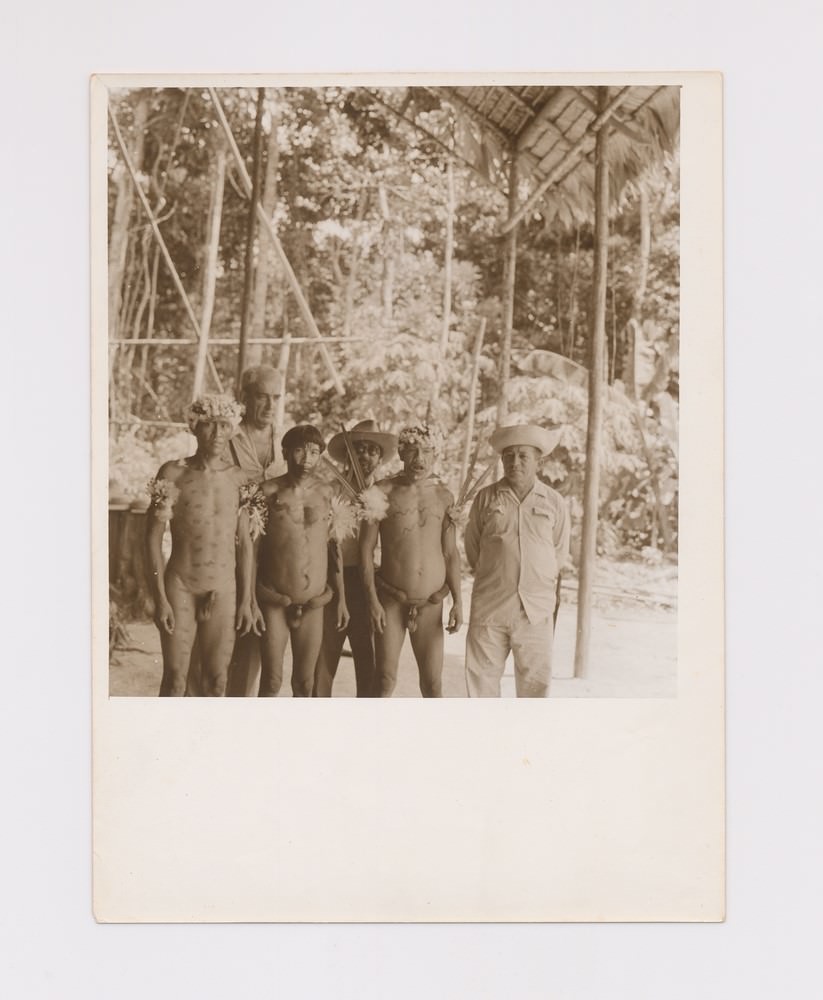 In the last ten years, a series of exhibitions and publications have revisited the visionary work of Flavio de Carvalho and your relevance to the contemporary. Appointed as a Titan of modernity, a phenomenon of genius, Flávio de Carvalho is still causing the world with your adversarial thinking. The image of the artist wandering through the streets of São Paulo with the New Look, costume he created as being ideal for the man in the tropics-pleated skirt, bufantes sleeves blouse, fishnet stockings and leather sandal-is still able to shock the unwary. Flávio de Carvalho is diverse and impossible to catalogue.

FLÁVIO DE CARVALHO-proposed EXPEDITIONARY a unique look on the thought and uncontainable by artist. The aim of the exhibition is to throw light on the expeditionary aspect as intrinsic aesthetic approach to Flávio de Carvalho. The artist used to define as "an archaeologist bad boy" ("with more likely to understand the non-time"), that's tossing the deepest layers of sensitivity, without honor what he called "scientific catechism". On exhibit is the thought of this who established bridges to libertarian brazilian art practices.

The exhibition is divided into expeditions, as Trip to Europe, 1934-1935, that inspired him to write the book reports The bones of the world (a real kaleidoscope of questions and speculation that the artist developed from observations about each country), or Towards Paraguay (1943-1944) and Trips to the Andes (1947), containing data and documents of this artist's foray into Latin America. Are pictures, newspaper clippings and reproductions of original parts written by machine. There is also the Trip to the Amazon (1956), with a projection of the film The White Goddess — Flávio de Carvalho joined an expedition to the Amazon region, to make a film that would unite ethnographic research and fictional drama to surrealist tones, about a white girl kidnapped by Indians.

Restless, controversial, scam artist, anecdotal, Flávio de Carvalho did not comply with rules or conventions for expressing your free spirit and his visionary ideas. Born in aristocratic family in the city of Amparo de Barra Mansa, in Rio de Janeiro, in 1899, lived from 1911 to 1922 in England, where be graduated in Civil Engineering, at the same time was a night school of plastic arts in King Edward the Seventh School of Fine Arts. It was at this time that had the first contacts with the European avant-garde.

Back to Brazil, You can't adapt to the formal style of the construction market of the season. In 1926, employed as an Illustrator in the Diary of the night, where he meets Di Cavalcanti, then acting as cartoonist of the newspaper, that presents the anthropophagic group from Oswald de Andrade and Tarsila do Amaral. A year later, participates in the contest for the Palace of the Government of São Paulo, with a debatable project, that stands out for its monumental aspect of the building, marked by decomposition of volumes and by the dramatic intensity of lights of the spotlight. Flávio de Carvalho still participate from several contests, without ever being awarded-however their projects are considered to be pioneers of modern architecture of Brazil.

Painter, designer, architect, set designer, Decorator, writer, playwright, engineer and performer, Flávio de Carvalho had fascination with the female nude (He explored in traces of great Erotica) and the picture. Performed your work for the first time in 1931, during the Revolutionary School of fine arts, alongside artists like Portinari, Cícero dias, Lasar Segall. In the same year, performs the controversial Experiment n° 2, in walking with hat on your head so challenging, in the opposite direction to that of a procession of Corpus Christi. His intention was to test the limits of tolerance and aggression of a religious crowd. Was almost lynched.

In 1932, struggle in favour of the Constitution in São Paulo Revolution, Opens a Studio and founded the modern artists ' Club-CAM, alongside Antonio Gomide, Di Cavalcanti and Carlos Prado. In 1933, creates the theatre of Experiment, with which stages the spectacle of Dance Theater Ballet of the Dead God. The following year, make your first individual, It is closed by the police on charges of "indecent exposure" and only resumed after court order.

New controversy would come in 1947, When performs the drawings of Tragic Series, in which depicts the death of his own mother. The exhibition earned him the nickname of "bloody painter". In 1950, represents the Brazil at the Venice Biennale. In 1953, design the costumes and the Ballet scenario The Cangaceira, de Camargo Guarnieri. In the decades of 1950 and 1960, paints female nudes, is dedicated to drawing, the watercolor and printmaking.

In 1956, to complete a series of articles about fashion in the column ' House, Man, Landscape ', for the São Paulo diary, launches the famous New Look, the costume of his own making as being ideal for the man in the tropics, parading through the streets of Sao Paulo, causing scandal and shocking the crowd.

Irreverent, provocative, your painting, drawing and sculpture are permeated by the surrealists and Expressionists proposals. D. 1973, in his last works, uses new materials, as phosphorescent paint for black light. Is considered a forerunner of the multimedia and performance artist in Brazil.

Master's degree in art history from UERJ, is cultural producer, curator and researcher in Visual Arts, film and new media. Among the principal curatorships are The Amateur Graphics, exhibition at the Cultural São Paulo Box, in 2017; the film shows Cinecittà: the factory of dreams, in 2016, and The Cinema verite of Pennebaker and Chris Hegedus, in 2015, on Cultural Box Rio de Janeiro; among other projects for Brazil. He has also worked in curatorial team in the project Europalia Brazil, in Belgium and was consultant of UNESCO in the cultural sector.

Writer, curator and visual artist, is the author of several books, such as: In the contemporary: art and Scripture expanded (with Roberto Corrêa dos Santos), Experience and contemporary art (with Ana Kiffer), Conversations with curators and art critics (with Guilherme Bueno), Poetry and video art (with Katia Maciel), Contemporary brazilian poetry-criticism and politics and Flávio de Ch (with Ana Maria Maia), among others.

Previous: Graphic park features production and printed art in Florianópolis
Next: Adriane Galisteu congratulates Renata Spallicci at the launch of the book "the dream to the realization"