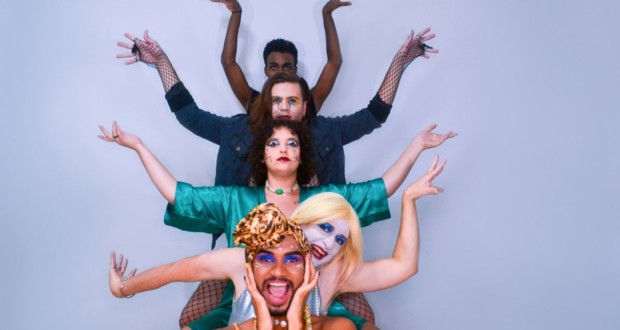 GAL reflects on madness in his first work for virtual environment

In ‘XSINDZIVXS Experience’, theater group artists from São José do Rio Preto are inspired by the Hospital Colônia de Barbacena and the trajectory of Dzi Croquettes. Premiere has open rehearsal, chats and online sessions, through ProAC Expresso LAB

Theater group based in São José do Rio Preto (SP) with 10 years of experience, which brings urgent topics to his research such as incommunicability and intolerance, the Madness Support Group (GAL) debut in March his newest work, “XSINDZIVXS experience”, the first for the digital medium. From 22 of the March 14 April, the public will be able to follow the online programming free of charge through the group's digital media, that will promote an open trial, six chats on topics covered in the work and six presentations followed by conversation circles.

In “XSINDZIVXS Experience” (lê-se disindisivis), five characters are left in a mental hospital and, through their testimonials, relate their lives based on the concepts of madness imposed by society, reflecting on their experiences and place in the world. The work is inspired by the case of the Hospital Colônia de Barbacena, Minas Gerais (known as “Urban Holocaust”, depicted in Daniela Arbex's book), where 60 thousand Brazilians died from different causes, since cold, fome, diseases and electroshocks. Most people admitted to the mental hospital, opened in 1903, had no mental disorders. They were women, black people, LGBTs, prostitutes, people with epilepsy, alcoholics, people who ran away from accepted standards in society.

Another GAL reference for the construction of the show was the trajectory of Dzi Croquettes, theater group transgressor who broke taboos in the 1970, under the military regime, promoting aesthetic and artistic ruptures, with men dressed as women on stage, using glamor and irreverence to circumvent censorship. From these different realities, the group reflects on themes such as racism, feminism, madness and censorship.

“Our focus was to bring these extremes together, although not alike. How would be those who say everything through laughter, if they were stuck in a reality of human disposal?”, asks Murilo Gussi, GAL founder, who signs the direction and lighting in the work. “Starting from the premise of the meaning of the name of the show, XSINDZIVXS, mean unspeakable, what cannot be said, not pronounceable, one who says what cannot be said, we raised themes that are necessary for reflection beyond the stage ”, Adds. Themes that are still considered taboo or little discussed due to their complexity, such as, for example, sexual diversity, racism, social inequality, normality patterns, among others who build dramaturgy, the characters and their goals. 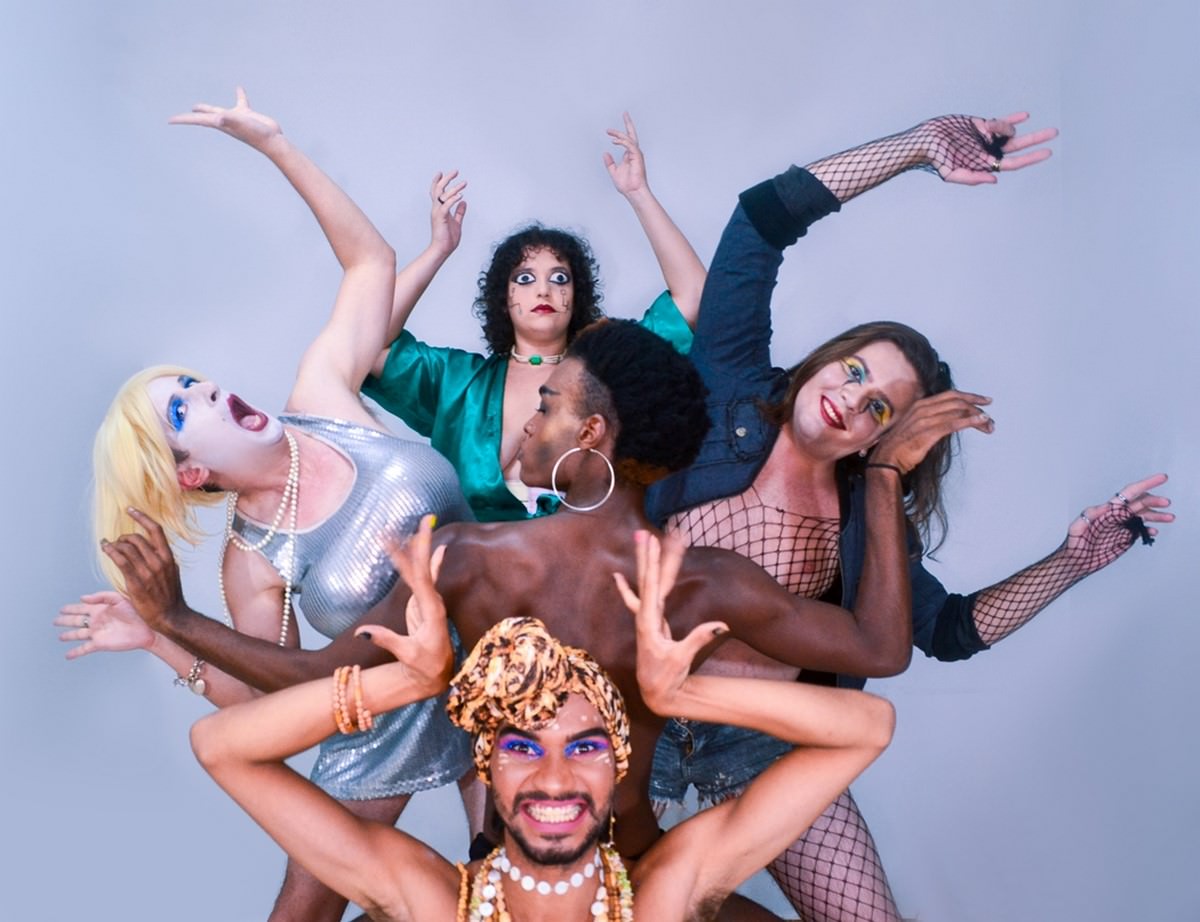 The creative cast is formed by Christina Martins, Diego Neves, Suria Amanda |, Cassio Henrique and Daniel Bongiovani. Clayton Nascimento (CLA. do Sal) is responsible for preparing the cast and Jandilson Vieira (Group Redimunho), by dramaturgism. Both were guides of the LAG in the creation process, through the Qualification in Arts Program. The construction of the show started in 2018. In 2019, the group was immersed in dramaturgical research and in the development and experimentation of some scenes. In 2020, the group interrupted the process in person and started to investigate the possibilities for the audiovisual, which resulted in “XSINDZIVXS experience”.

“In the construction of this dramaturgy, we come to understand that we are the result of a society that is based on reason, who unconsciously fears madness. His convictions based on Christian principles expunge all those who do not fit the current normality ”, continues the director. He notes that much of the dramaturgy arose from the artists' own identity, who question masculinities, the behaviors, the silences, the intolerances and denial of their political bodies in the world. “XSINDZIVXS experience proposes to pass the message through grace and poetry to those who cannot tolerate hearing us, to the class that disenfranchises everything and everyone that does not reach its normative standards. We give voice and visibility to those we represent and who are on the sidelines ”, reflects.

Online presentations start at 30 March and go to 14 April, always on Tuesdays, 19h, and on Wednesdays, 22h, hair youtube (bit.ly/YouTubeGAL) and Facebook (@grupodeapoioaloucura). At the end of each session, a conversation will be held with the cast, direction and audience. Creation process will be covered, universe and theme proposed by the work and its approximation with the present, in addition to the themes of resistance experienced by the artists of the GAL.

In the week leading up to the presentations, the public will be able to follow an open rehearsal and three chats with guests on topics covered by the project, with mediation by artists from the group. On Monday (22/3), às 17h, has open rehearsal (the cast will participate remotely, from their homes), and, at 8:0 pm, chat about “The History of Madness and the (des)human reason ”, with historian and psychologist Jessica Oliveira, and mediation by Murilo Gussi. Based on the analysis of the book “História da Loucura” (History of Madness), of Michel Foucault, the discussion will cover questions about how we think and relate to madness and what madness project contemporary society has created.

On Tuesday (23/3), the conversation will be about “Resistance Theater – The Black Body on the Scene ”, with the actor, theater director and professor Clayton Nascimento, mediated by actress Christina Martins. Wednesday (24/3), the actress and activist of the Black Movement of Catanduva (MNC) Jessica Souza will address the theme “Racism, Black Pride and Black Art ”, with mediation by actor Diego Neves.

The chats will be broadcast on Instagram (@_grupodeapoioaloucura) and the other meetings will be on Mondays. In 29 March, the theme to be discussed will be “Identity in Theater, Reflecting on the individual's place in art ”, with Jandilson Vieira, art director and actor. In 5 April, will be “Censorship and LGBTphobia”, with trans human rights activist Evelyn Guttierrez. Closing the series, day 12 April, Nathalia Fernandes, actress, cultural director and producer, will talk about “The waves of feminism and the present”, with mediation by actress Suria Amanda. 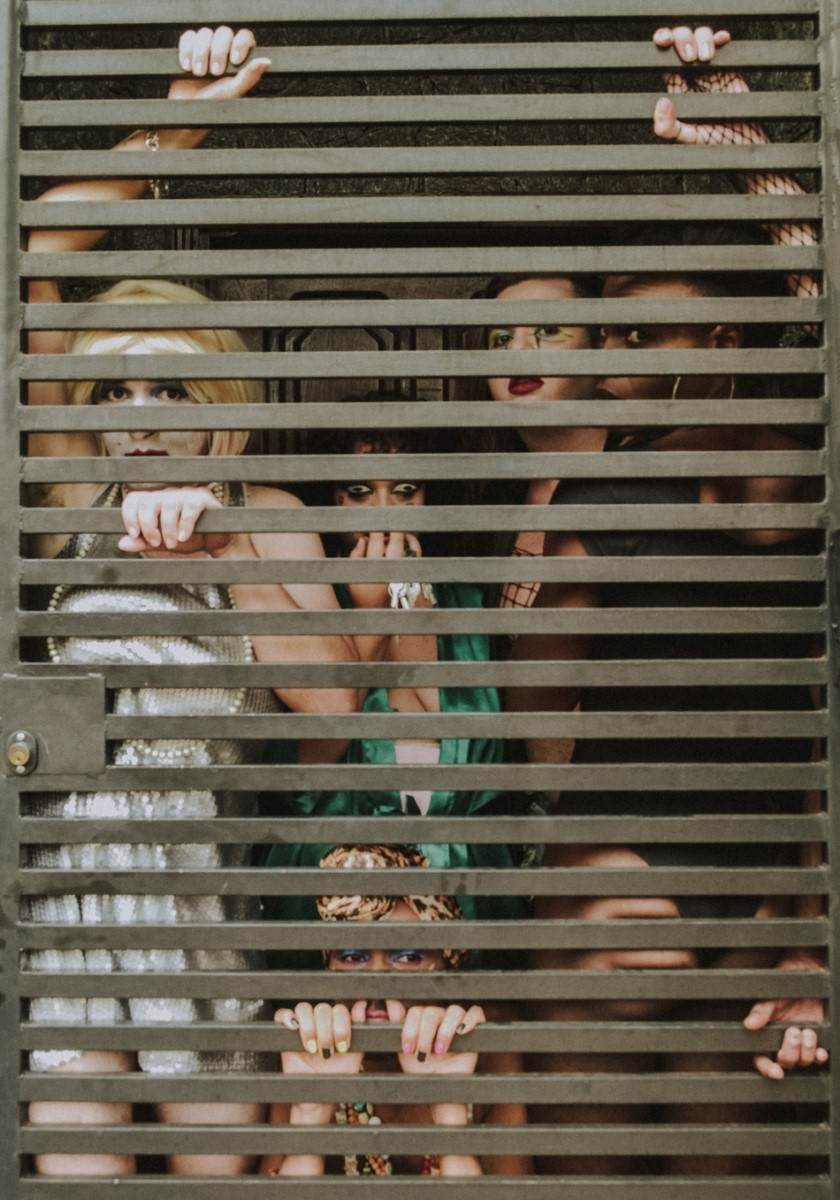 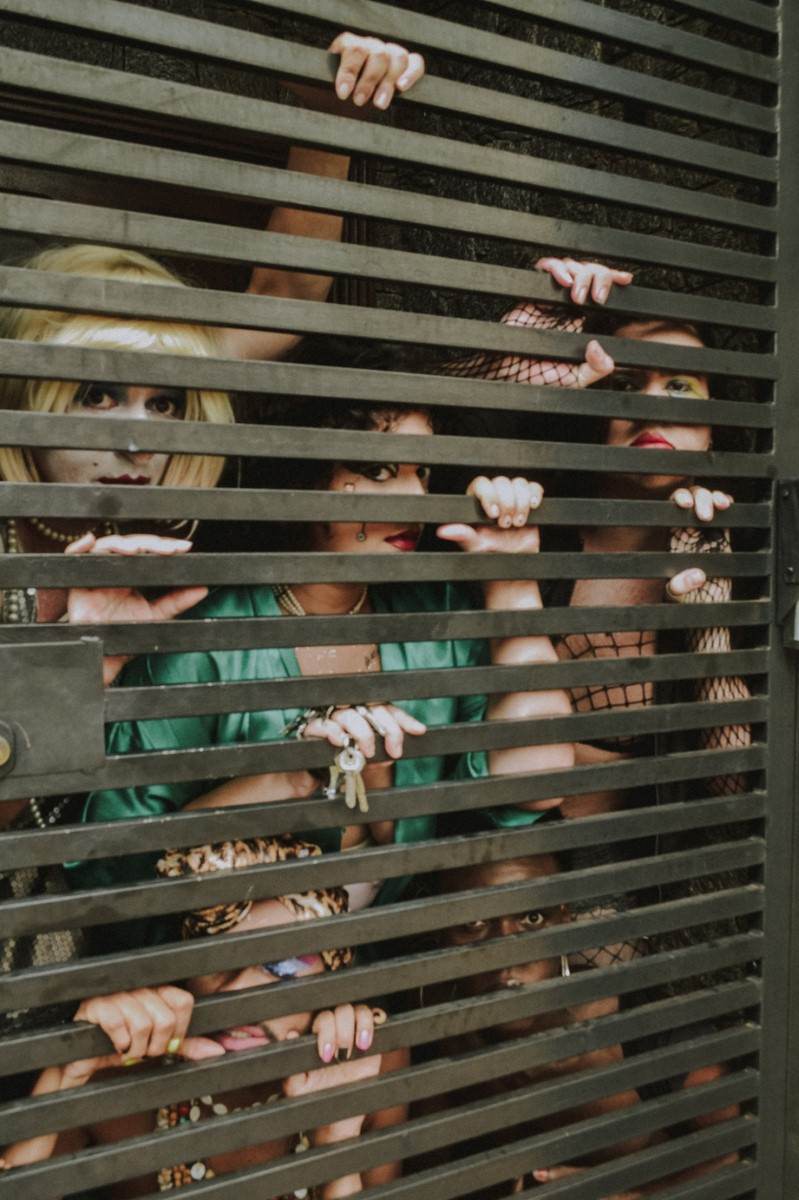 The group has participations in festivals such as FIT in São José do Rio Preto (2014 and 2018); FRINGE, in Curitiba (2014) and Satyrians, São Paulo (2016). He is also the creator of MADRE (Diversity and Resistance Arts Exhibition), carried out in partnership with other collectives in São José do Rio Preto, already with three editions.

With the project “XSINDZIVXS Experience”, the group was one of those selected by the ProAC Expresso LAB Edital 36/2020, “Theater Show Production and Season with Online Presentation”, Secretary of Culture and Creative Economy of the State Government.

XSINDZIVXS: comes from INDIZIBLE, The Unspeakable.1 What cannot be said. 2 That or who was annulled / excluded for not complying with normality. 3 Not pronounceable, not presentable, improper, inappropriate, censored. 4 He who says what cannot be said. Do what can't be done. It’s what they say not to be.

Five characters are left in a psychiatric hospital and through their testimonies they report their lives, from the concepts of madness imposed by society.

20h: Chat “The History of Madness and the (des)human reason ”, with Jessica Oliveira, historian and psychologist. Mediation: Murilo Gussi

Based on the analysis of the book “História da Loucura” (History of Madness), of Michel Foucault, we will develop a discussion on the stigmas and constitutions of the “unreason”, its concrete and symbolic asylum practices and the implications for the present time. How we think madness? How we relate to madness? What is the crazy project that contemporary society has created?

Jessica Oliveira is a historian, psychologist and psychodramatist. Currently, she is a clinical psychologist and socioemotional educator at Coopen School. Feminist activist of Colectives Together, union leader of Sinpro-RP (Private Network Teachers Union), member of the CRP-SP History and Memory Commission.

How the History of Brazil eliminated us from the processes of education, artistic creation and social belonging? How current scene narratives can help us rethink and retell the history of the arts and education of our people?

Clayton Nascimento is an actor, theater director and teacher. Graduated from Célia Helena and ECA / USP, the artist also studied at SP Escola de Teatro and at Escola de Arte Dramatic. He was an advisor in the Ademar Guerra Program, and is currently a professor at Teatro Escola Célia Helena.

And when you close your eye, is the black you see! Black! So, open your eye.

Jessica Souza, actress and activist, uses his art as a protest with the Black Movement of Catanduva (MNC). At the age of 23 years, she started her artistic life at 9 years old. Passed by some groups in your city, Catanduva (SP), such as, Grupo Velha Station, CLA. Goat Bão and Chita Flower.

A chat about theater, dramaturgias, performance and creations from our place in the world.

Jandilson Vieira acted as advisor in the Arts Qualification Program in 2019 and 2020. Worked as an educator at the Instituto Criatar and in the Young Cultural Monitor Program and in the Artistic Residency Project for Black Women, World Project in Audiovisual. He has been part of the Redimunho Group since 2010, where is assistant director, art director and actor.

19h: Presentation followed by chat with cast, with mediation by Murilo Gussi

22h: Presentation followed by chat with cast, with mediation by Christina Martins

Ignorance is the source of all prejudices. A conversation about the need to reflect on new strategies for revolution and freedom.

19h: Presentation followed by chat with cast, with mediation by Cassio Henrique

22h: Presentation followed by chat with cast, with mediation by Diego Neves

A conversation about intersectional feminism through time. What we have in fact carried since its origin and how to dialogue with our news.

Nathália Fernandes is a master in solidarity finance applied to cultural collectives by the Federal University of São Carlos (UFSCar), teacher in the Technical Course in Dramatic Art at Senac Franca, actress, cultural director and producer. In São José do Rio Preto, directed the company. Scenic at the feminist street show “No one else's”.

19h: Presentation followed by chat with cast, with mediation by Daniel Bongiovani

22h: Presentation followed by chat with mediation by Suria Amanda

Previous: Do it yourself: how to decorate your home while spending little
Next: Aliança Francesa hosts the event A breath of art to improve the climate in the day 31/03