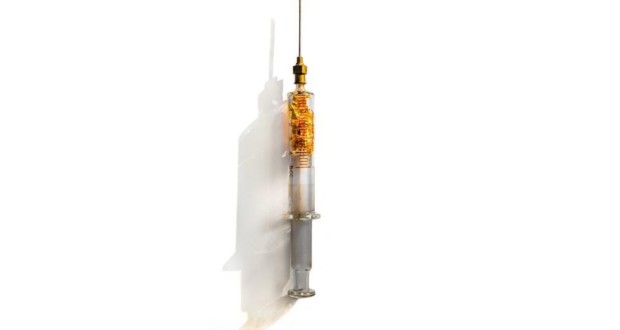 A year ago the world stopped, behaviors have changed and the market has felt the strong impact of the global crisis generated by the COVID-19 pandemic. We arrived in 2021 we go on in unstable times and full of doubts. In the old days, it was common for trade to close in the first days of the new calendar to place the accounts organized, reflect on the next period and plan it from the wishes for the new phase that arrives. Based on this concept, to Jacarepaguá House Gallery re-opens this Saturday, day 8 de Mayo, the exhibition "Closed for balance".

“We did the symbolic opening online and we had great results. But collectors and admirers of art always wait for eye contact in person to analyze every detail of the works. There is an expectation for textures, smells and the uniqueness of each painting ”, comments Zé Brazuna, gallery curator and partner.

The curatorship proposed to the artists the challenge of producing two diametrically opposed works in the first months of the year: one inspired by the worst, and the other in the best feeling of his “individual balance” of 2020. The exhibition features 16 works by eight artists, that directed the happiness and anguish contained in 2020 for a creative cycle in two extremes. The goal was also to “purge” last year. For this, the gallery invited not only artists who are already part of its portfolio, but also three women who are highlighted in the market: Priscila Barbosa, Catharina Suleiman and Bea Corradi.

“I didn't think it was possible to merely turn the page of 2020 and make an exhibition in 2021. It would be necessary to learn from this hard year, regardless of what awaits us. So the theme of reckoning, to reflect on the extremes ”,comments José Brazuna, gallery partner and curator. “We also believe it was essential to bring in new talent, opening the fan, and, seeking to balance more the representativeness of sex, race, world views, etc. From these considerations, the exhibition, and, I felt very welcomed by the artists, who are very happy with their results ”, complements.

Multidisciplinary artist from São Paulo, Catharina Suleiman, specializes in historical and experimental analog photography at Saint Martins College in London, drawing by Senac, graphic arts by Taller of Havana Graphics, in Cuba, and writing with images on City Lit in London. His works bear the mark of creation layer by layer, and tell stories about nature, dreams, memories and archetypes of the feminine, with woodcut techniques, watercolor, stencil, collage, embroidery, photography, sculpture, typography, natural dyeing, among others. The artist participates in renowned collections, as UNESCO Latin American Collection, Permanent collection of the Peruvian Museum of Contemporary Art. He has performed in places like the Latin America Memorial (São Paulo – SP), Instituto Tomie Ohtake, MIS, CCSP, EPA, among others. His work has been exhibited individually and collectively in several countries in Europe, South America and North America.

Gen Duarte started at Street art in the late 90 and migrated to the fine arts. The dialogue between the studio and the city is recurrent in his production. With an artistic research based on the clash between geometry and the organic, your images are loaded with patterns, rhythm and dynamism. Inside a vibrant colorism that appears in layers, juxtapositions and overlays, the fields are delimited by the meeting of colors. Subjectively, it is possible to create parallels and dialogues with the geometric patterns, tribal paintings and decorative art from various cultures, people and times. The artist has already exhibited his works in other countries, like Argentina, England and the United States. Recent work: Cartel exhibition-011 (2019); art of the show and DVD by Ivete Sangalo 2018/19, individual at SENAC (2018), Arte-bh (2018), Show art and DVD of the Return of the New Baianos. (2018).

Monica Barbosa, born in Piauí, he lived 13 years in Ceará, and now lives in São Paulo. His aesthetic is autobiographical, brings a dialogue between women, feelings and everyday concerns. His works reflect the construction of the transgression of speech with an ancestor and organic touch. The crooked lines, the use of colors, the deconstruction of the technical and asymmetry are part of their work. Her inspiration comes a lot from her search for answers to the concerns caused by social issues related to women. Mônica already exhibited at Casa José de Alencar in Fortaleza – EC, He was asked the Feminist International Festival in Porto – Portugal and has participated in several exhibitions in Ceará, Paraiba and Sao Paulo.

Lay person part of the concept dubbed BUBBLES, with organic shapes, loose words and with the use of pastel, acrylic, spray, other unusual materials and supports. Besides Brazil, already exhibited in France, Germany and United States.

Priscila Barbosa, visual artist, muralist and illustrator from São Paulo, graduated in visual arts from the Fine Arts, with extensions by PUC / SP, presents in its works the investigation of the bodies of women, with critical perceptions about aesthetic and behavioral patterns, facing power relations. Uses references from European classical art questioning the fragile role of docile muse, imposed throughout art history. Claims the recognition of women as intellectual beings, authors, artists and direct agents of cultural change, social and political. Such questioning also involves valuing ancestral traditions, represented by botanical and anatomical elements in sensitive records of bodies with poetic potential, affective and revolutionary.

Fabiano Senk, new street talent that started on the graffiti scene in 2007 in São Mateus. Navigate the universe of surrealism and exaggeration. Your characters, in general pink-skinned boys, or gold leaf, with exaggerated shapes, and misshapen, pedalam monociclos, stroll among the clouds, roam in infinite space, take a boat, or land in arid scenarios. The little prince encounters psychedelia, with their fantastic planets, your boys, but also men and women who are suffering and very hard. Despite the origin in the Street art, the reference in Senk's work in the universe of the Sertão do Vale do Jequitinhonha is strong, region of origin of your family. A mix of the streets with the rural reference makes the artist's work very particular.

Bea Corradi, graduated in Industrial Design, found in painting its form of artistic manifestation. Portrays women in their most diverse shapes and colors, stimulating, through looks, the welcoming and connection with emotions and stories that refer to the experience of what it is to be a woman. Bea searches for herself and on the streets inspiring narratives and feelings for each work and uses her work as a tool for questioning and transformation. Outstanding works: Individual exhibition entitled “Awakening”, Raul Leoni Culture Center in Petrópolis – RJ (2016); In 2017 produced murals in various locations in the city, made paintings inside the classrooms of public schools and was invited to make a mural inside the Casa Foundation; RASA artistic residency in Caruaru – PE, UFPe (Federal University of Pernambuco), in 2018; International Art Festival, “We are on the street”, in Lima – Peru. First place in the Painting category of the AURA Migraine Art Contest, Embraces (2019); In 2020 was selected for the occupation of Ateliê Coletivo Nave.

Caligrapixo, more than 20 years doing interventions on the streets of São Paulo, he has been closely following the change in the status of graffiti, today seen as art. He creates his works, since 2011, based on graffiti calligraphy, street movement known worldwide for its uniqueness and which has been part of since 1996. Her work also points to how the city erases the interventions carried out on it and how the artists continue to interfere within it in an infinite cycle.. Graffiti has this function of contesting, protest and transgress, and most importantly: to question.

Dedicated to the universe Street art, Casa Jacarepagua, created in 2015, held several exhibitions of the scene and has participated in fairs like Fair Part 2016 and 2017, SP-Arte 2018 He Arte-BH 2018. Artists like Five, Ciro Schu, Caligrapixo, Gen Duarte and Fabio Biofa already occupied the gallery, which is now installed in a shed of 400m², with a ceiling height of 8m, located in Butantã, district of Sao Paulo – SP. "The House Jacarepagua has in its DNA the street art. We are proud to be 100% focused in this market, and take pleasure in promoting meetings like these, of disparate origins artists, but, with works that talk among themselves as well ", Ze explains Brazuna, partner and local curator.