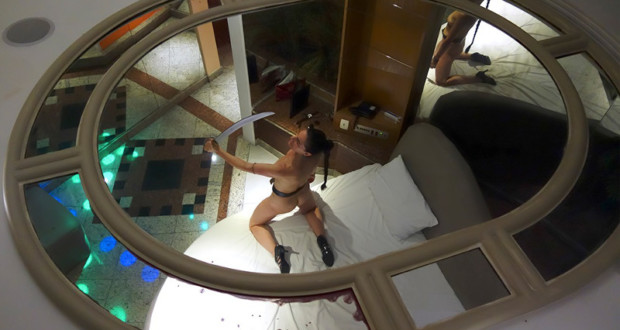 The secret is here. Supposedly revealed. Why not admit that architecture mentioned in the title of this exhibition can also be the architecture of this gallery?

The Workshop starts the year 2017 with the exhibition Secret architecture the artist Monica Barki showing of 24 pictures that record performances held in Rio de Janeiro between motels 2013 and January 2017. The artist acts as a protagonist revealing personal stories themes, as well as the collective existential sphere. Monica lurking behind the scenes where are played the female stereotypes, making visible an eroticism full of allegories, perversions and delights. The Studio Gallery is located at Avenida Pasteur, 453 Urca (2541 3314).

For the curator Frederick Dalton, “Secret architecture Monica Barki is a show about relationships, about the look of power and the power of the gaze. There are many actors here. And in the drama of these relations the sayable and the unsayable, What we think we know about ourselves and the enormous efforts they undertake to somehow exist. Is an event about the look of the power, about how the power dress, is configured and is organized to best in frame; and about the power of the gaze, about how the powerful gaze of the Viewer is able to strip ". 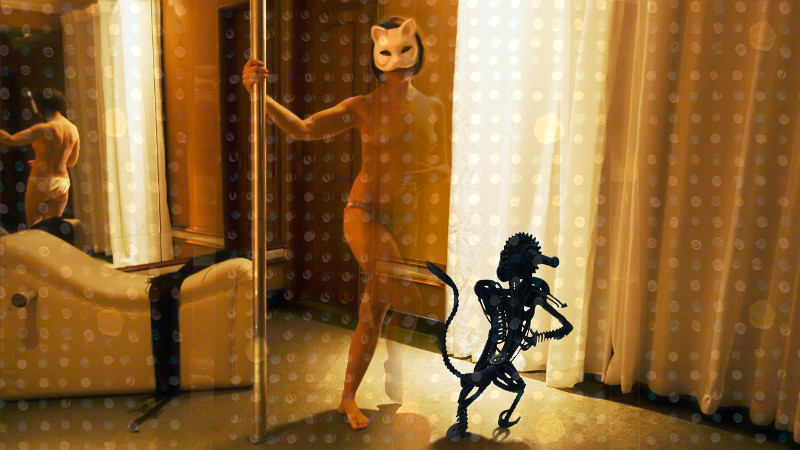 The carioca Frederick Dalton graduated in cinema by the UFF and has a master's degree in communication by UFRJ. He studied photography and video at the Academy of Art (Kunstakademie) from Düsseldorf (Germany) with Nam June Paik and Nan Hoover. Professor of Arts at FUNARTE, SESC and image Workshop (Rio de Janeiro). Frederick Dalton is also writer, having published the e-book "Minificções" by Amazon.com.

His artistic work is documented in the book entitled "Fotomecanismos", edited by Oi Futuro, Rio de Janeiro, in 2007 and in other publications. Been producing texts for exhibitions and is the creator and curator of the Transparent Gallery, a virtual gallery which also is configured as physical exposure and had exhibitions and events in Progress, Sesc Freiburg and Federal Justice Cultural Center.