As São Rafael Galleries, first Portuguese luxury gallery with an immersive and multi-sensory concept, are pleased to announce the cycle Autumn Immersive Exhibitions, autumn exhibition cycle, using augmented reality and virtual reality, in which the visitor, through 360º panoramic exhibition halls, can move freely around exhibition, watch interactive artist videos, view photographs or works in three dimensions or directly purchase the works on display with just one click. In this new immersive concept, the showroom becomes a true multi-platform.

Opening this cycle is the exhibition “The Beasts of Beauty” on the next day 19 November that brings together in an engaging and interactive setting three prominent contemporary artists: Catarina Diaz, Jose A. Faraco and Hossam Dirar. An exhibition that intends to be a hymn to contemporaneity and that unites sensorial and experiential design with images of the “dream worlds” of fashion and everyday life, between the real and the imaginary, dialoguing with the naturalization and exaltation of female beauty. The Beasts of Beauty it's a celebration of the female figure, of its creative and autonomous power, focusing on its strength and spiritual dimension.

Highlights include London-based artist Catarina Diaz who, through analogue collage and oil sticks, makes visible the female figure inspired by the cosmopolitan life of London, in fashion, as well as in the memories of a childhood inhabited by the vibrant and exotic chromaticism of West Africa. The works on display are based on an aesthetic of the sensitive, whose displacements fluctuate between spirituality, pop art and surrealism; By your side, Egyptian artist Hossam Dirar brings us a series of paintings about the figure of Nefertiti, here reinvented in the light of contemporaneity and fashion, joining pop culture references to the elegance of ancient Egyptian art. Your work reflects the importance of symbols, stories and myths around this important female figure in her confrontation with the modern world. stand out, finally, the sculptures and paintings of the Spanish artist José A. Faraco that presents us with a vision around the desexualization and naturalization of the female nude. 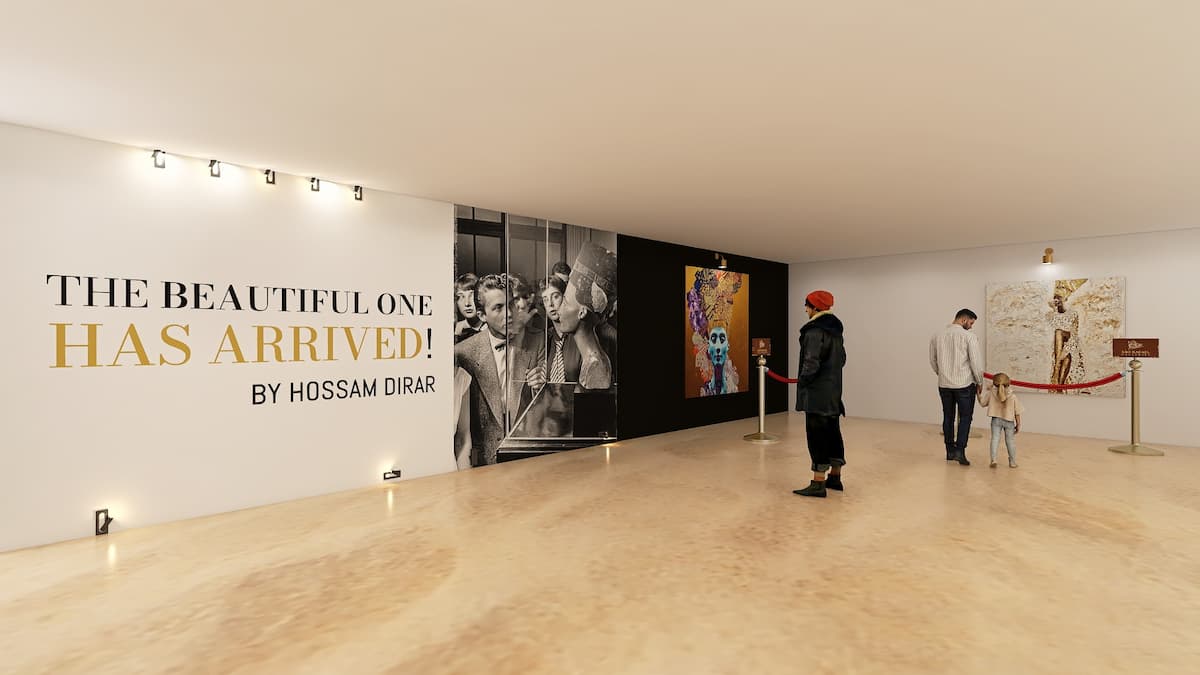 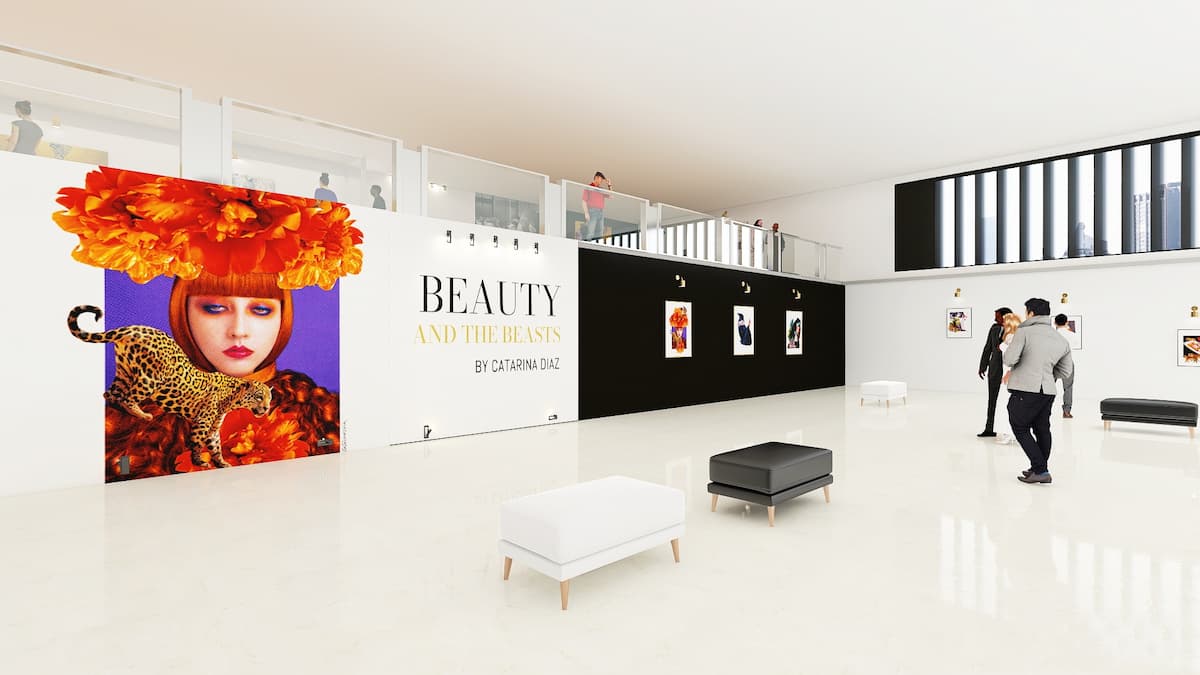 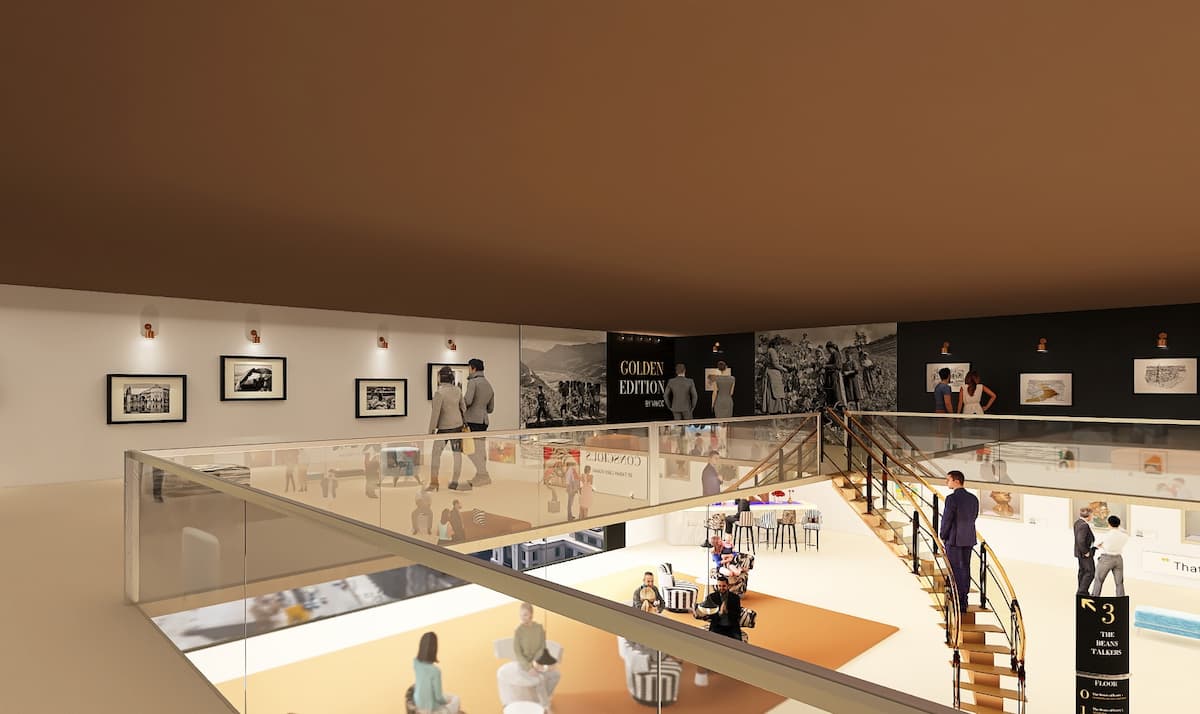 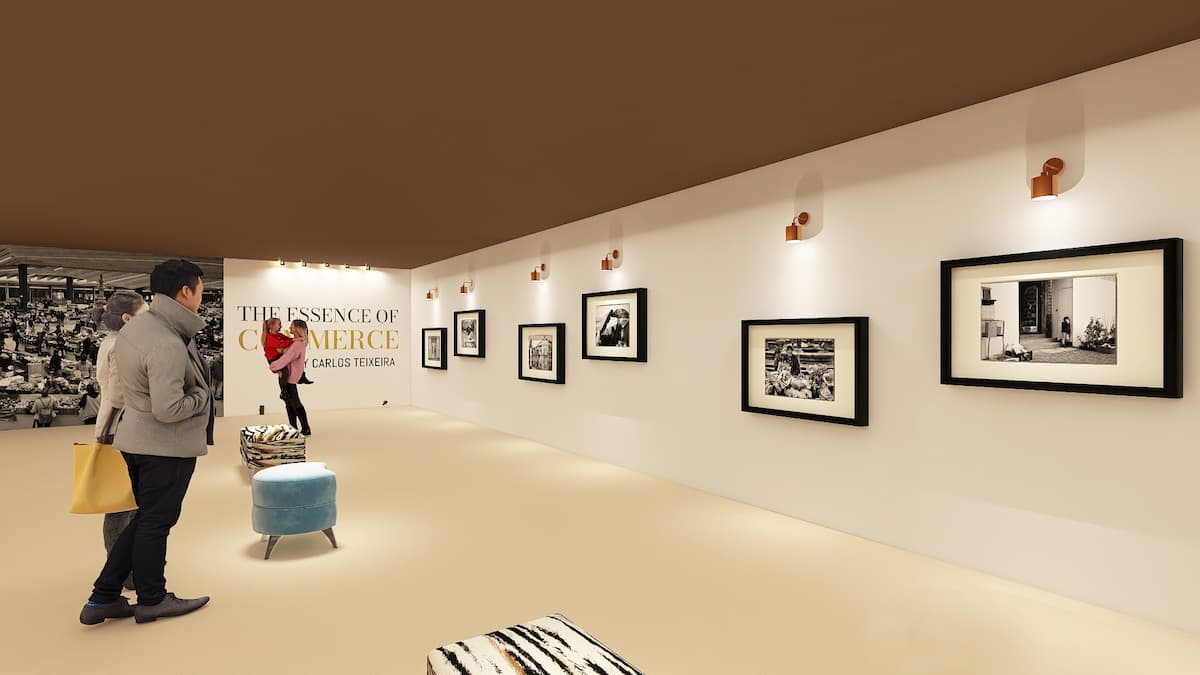 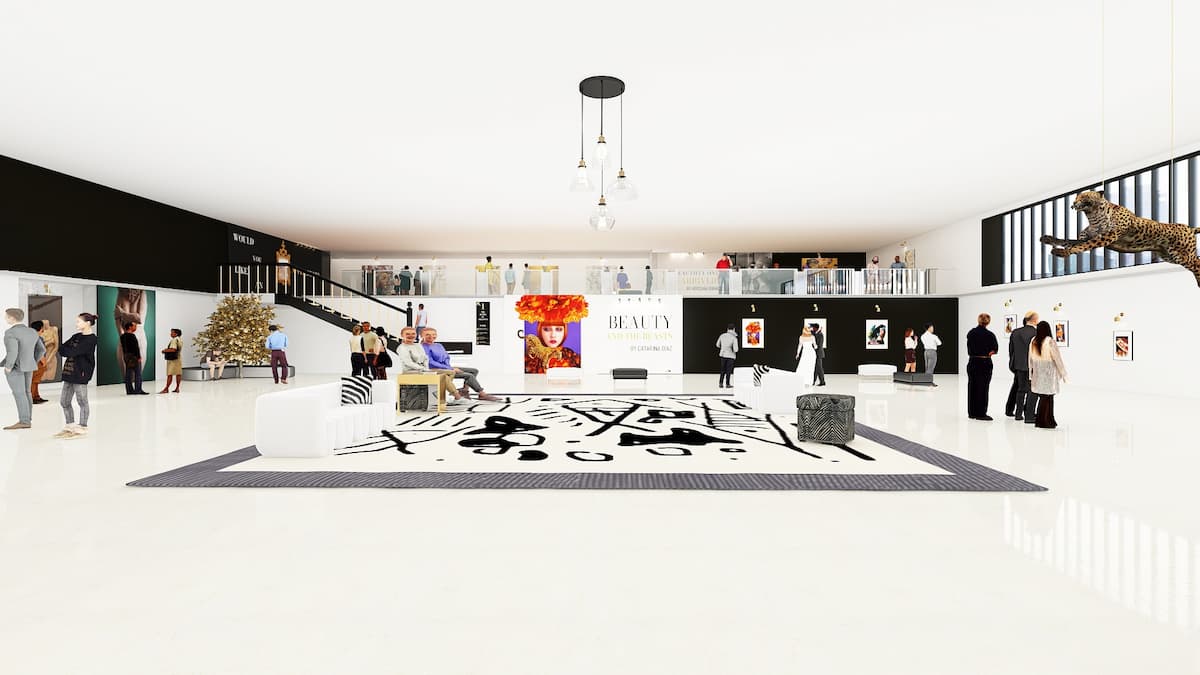 Also, on 3 of december, the exhibitions open “The Nutcrackers” and “The BeansTalkers”. “The Nutcrackers” brings together artists Gulnar Sacoor, Tebo, Fabián Caro Román and Jaime R Ferreira under the theme of dream and spirituality. In evidence is the Dialogues collection, de Gulnar Sacoor, in which the Mozambican artist crosses, in an emotional dialogue, the abstract and unique vision of Piet Modrian with its horizontal and vertical lines and its primary color palette, with the meditative art of Mark Rothko and his mature relationship to color, alternating contrasts and subtle chromatic variations, in a demand for silence in the contemplation of art. Yet, within this dialogue around minimalist aesthetics, the series are presented Rush Maps and Post-Vacation indication by Barcelona artist Diego Estebo Ortiz. Diego, artistically known as Tebo, bring us here minimalist compositions, with a taste for the immediacy and the primitive, where your two favorite themes merge: signs and landscapes. The room also has a space dedicated to the theme of dreams, highlighting the theatrical and magical environments of Jaime R Ferreira that, through painting, aims to tell stories with emotions; and the fantastic and magical beings that inhabit the sculptures of the Chilean artist Fabián Caro Román, an appeal to the metaphysical and prophetic in which fertility, the eroticism and magic of the warrior figures take on original forms in a surrealist pattern.

The autumn exhibition cycle ends with the exhibition “The BeansTalkers”, an exhibition dedicated to tradition that brings together works by Vimoc artists, Cecília Acevedo and Carlos Teixeira. The exhibition emphasizes Golden Edition, from the Vimoc duo from the city of Porto, a series of works on the beauty of nature and urban architecture. In this series, the artists seek to recover the Portuguese tradition of applying gilded woodcarving, joining the dynamic morphology of the gold leaf to the raised hand drawing. In this exhibition, the Chilean artist from crochet painting Cecilia Acevedo, that through textile fibers seeks to empower the sensory experience, aggregating the tactile system. Noteworthy are the works “Street Treasure” and “Moais” who seek to evoke a new concept of emotional art through the crochet technique, created from botanical threads, hand-dyed by the artist with natural pigments. The painting and photography artist Carlos Teixeira closes this room, with the series “Ruralidades” and “The Essence of Commerce”. Ruralidades brings us a series of paintings with a focus on rurality and the simplicity of its people, in the fraternal relationship with the land, with the animals, with black as a background and blocks of pure color on the protagonists. Is on The Essence of Commerce the artist from Braga transports us to a raw look at traditional commerce with a focus on the characteristic features and identifiers of the cultural matrix and the imagination of merchants. 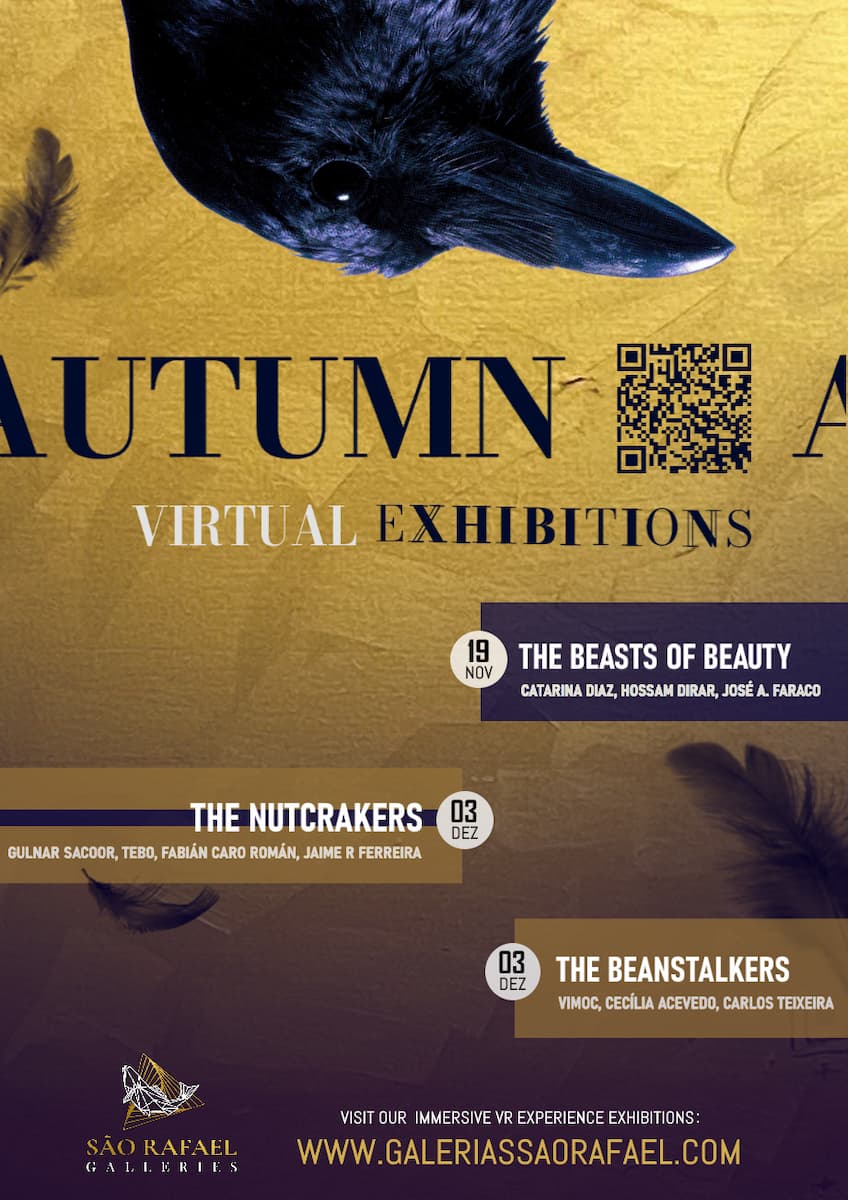 The exhibitions can be visited on the Galerias São Rafael website www.galeriassaorafael.com from the days mentioned above and will be on permanent exhibition. The São Rafael Galleries also destine 10% from profits to philanthropy projects, reinforcing the importance of patronage and culture for building futures.

Previous: How to Create a Unisex Baby Room?
Next: Living on music in Brazil can be an uphill battle