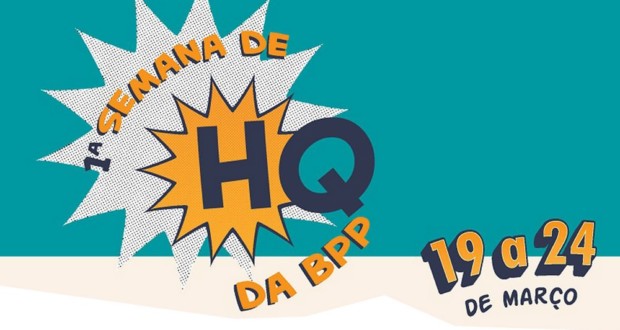 Gibiteca participates in the 1st week of HQ Public Library

This Monday (19/3), starts 1st Week HQ of Paraná Public Library. The event runs until Saturday (24/3) and enlisted the help of Curitiba Gibiteca on schedule preparation.

The opening will be at 17.30, no earth metal hall, with the opening of an exhibition that brings together works by Fulvio Pacheco, Ariel Dacunha, Amanda Barros, Tako X, Marcelo Oliveira, Marcio Garcia and Lieber Peace, the cartoonists participating in the program.

The event will create workshops, book launches, fair and barter comics and chats about the universe of comics. Admission is free and there is no need to signup to participate in activities.

On Tuesday (20/3), It happens a chat about children's comics, with Márcio Garcia, às 14h, the auditorium, and Marcelo Oliveira minister the final lesson of his workshop, Gibiteca again in the BPP, às 18h30.

On Thursday (22/3), two workshops are held at the Children's Section. At 10:00, Amanda Barros and Ariel Morais da Cunha, the publisher Ursereia, feature children's drawing notions to HQ (the course to be given back in the day 23, at 14:30). 17:30, Mylle Silva explains dedicated to creative writing comic scripts. And in Gibiteca of BPP, às 18h30, Fulvio Pacheco minister a comic workshop.