Home / Art / III Edition of the Biennial of Visual Arts 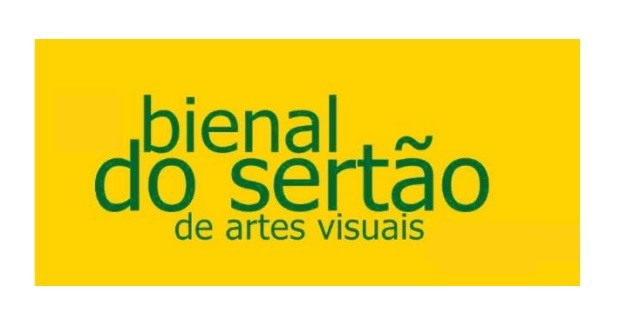 III Edition of the Biennial of Visual Arts. Disclosure.

III Edition of the Biennial of Visual Arts

The museum was created in 2012, the ' Biennale of Visual Arts ' has become a space of reflection and enthusiasm for recovery of this geographical area as prominent and strong to Brazilian soil and was lacking in such a claim as a cultural value and small artistic possibilities.

As a non-profit institution, that has as a goal the unanimous participation of artists from all localities and Nations, and the population in General (producers, lay audience, interested, students, scholars, etc..), on the interaction of the works with the monitoring and the wheels of conversations with the artists.

Its mission is to develop cultural and educational projects in the area of Visual Arts, by adopting the best management practices and fostering the dialogue between contemporary artistic proposals and the community. Access to culture and art to thousands of people, free of charge.

With the emphasis on educational activities and the following guiding principles:

* Focus on social contribution, seeking real benefits for their audiences, partners and supporters;
* Continuous approximation with the contemporary artistic creation and your critical discourse;
* Transparency in management and in all its actions;
* Priority of investment in education and consolidation of the Biennale as a reference in the fields of art, of education and research in these areas.

Positive repercussion in the media and public in General and in educational activities for students, teachers, Besides the formation of new opportunities to the field of Visual Arts between artists and young people.

The Commissioner of the biennial acts voluntarily and collaboratively with the insertion of linked artists and Supporters with the responsibility to reposition notions of curiosity, creativity and invention.

*Promote the creation, disclosure, diffusion and proposals for works of art and curatorial projects in/for the region of Sertão.
*Build a platform for artists and curators of creative and innovative proposals emerging in the field of Visual Arts.
*Facilitate dialogue, Exchange and critical discussion of current artistic practices, as the regional pairing, global, its challenges and opportunities as well as your educational commitment.
*Disseminate the results, experiences and conclusions of the biennial in Brazil and abroad.
*Promote the reputation of the mark of the "biennial of the outback", through the dissemination of contemporary arts and the creative entrepreneurship support.

"Uniting Rally". This is the theme of this edition of the biennial of Visual Arts, where the social interaction of ideas, acts and mergers, aesthetic experimentation, processes and pictorial diversity in all senses, If you cover a route back to artistic values, educational, Exchange and historical collection.

No wonder, who, due to the success in previous editions, the participation of institutions were invited, about the anthropological and cultural heritage rescue these people, involved with other ways of thinking and to evolve before their mishaps and that in a pluralistic and developmental art finds refuge.

As Historical Core, The Regional Museum of Vitória da Conquista ' Henriette Prates ', connected to the Dean of extension of the Universidade Estadual do Sudoeste da Bahia, will support and exhibition of the pieces during the Biennial period try also home Régis Pacheco, body administered by the Secretary of culture of the local City Hall, our Contemporary Core, composed of paintings, drawings, facilities, photography and new media, thus proving the importance of this project with educational institutions, search, culture and science, like a distinct partnership from the start of the biennial, the who welcomed us and gave your real distinction to this.

The Biennale this year goes into a very important parameter and Rico for the artistic calendar of our country, from this region so rich and eloquent in fantasies and humanism, and alludes to other biennials still scattered around the world as a source of knowledge and dissemination of works and artists from various nations who finds and find shelter in this issue.

Vitória da Conquista, stage of the III Edition of the
Biennial of Visual Arts

Vitória da Conquista in Bahia is the largest provincial town of the outback. Its population and 350.284 inhabitants, What makes it the third largest city in the State of Bahia and the fourth of the interior of the Northeast. Regional capital of an area that covers approximately 80 municipalities in Bahia and sixteen in the North of Minas Gerais.

The Arraial da Conquista was founded in 1783 by sertanista Portuguese João Gonçalves da Costa, born in braces in 1720, high in Tâmega, in the region of Trás-os-Montes. Previously had fought beside the master João da Silva Guimarães, flag leader responsible for territorial occupation of the outback, begun in 1752. The origin of population is related to the quest for gold, the introduction of the cattle industry and the interests of the Portuguese metropolis in creating an urban cluster between the coastal region and the interior of the outback. Therefore, part of the expansion of the settlement cycle of the late 18th century.

The more accurate reports about Indians, the colonists, the Botany and animals that lived in the period of colonization, were made by Prince Maximilian of Wied, Neuwied, German naturalist and botanist, in the book “Trip to Brazil”, in the excerpt “Trip the borders of Minas Gerais into the camp of conquest”, When passed in March 1817.

Vitória da Conquista also stands out for having a privileged educational sector, formed by excellent schools that have agreements with the best educational networks in the country, such as, for example, the IBEN (Bahian Institute of Business Education), concession to the Fundação Getúlio Vargas, Besides having several colleges, such as: Ucsal, UNIT, FAINOR, FTC, Faculdade Maurício de Nassau, St. Augustine College, UNIP, UNOPAR, UFBA, IFBA, UESB (one of our supporting partnerships of this year's Biennale) and, UFSBA future (Federal University of Bahia Southwest), What establishes as an important centre of higher education with about of 12 thousand University students, not only for the State of Bahia, as for all Brazil.

The city offers as tourist attractions the crucified Christ of the Serra do Peripiri, of Mário Cravo, performed between the years of 1980 and 1983, with the facial features of the man swing, suffered and starved, measuring 15 meters high by 12 M width, the pit Dark forest reserve and the Park of the Serra do Periperi, the endemic species Melocactus conoideus, Besides events St. John of the city and the Winter Festival of Bahia, The Museum of political history, House of Régis Pacheco, site of the biennial exhibition of contemporary core, contains a collection of paintings and preserved architecture of the mid-20th century, and the Museum Henriette Prates, integrated with UEBS and scope of the historical core of this edition of the biennial.

Among the tourist attractions of the city, you will find the “Dark Pit”, a forest reserve under the administration of the Government, with several trails and preserved flora and fauna. In the Serra do Peripiri the Peripiri River, around which João Gonçalves da Costa founded the Arraial da Conquista, in 1783.

Vitória da Conquista has a tropical climate of altitude because of the elevation of the city, with an average of 923 m and over 1.100 m in the highest. By this, is one of the milder of the North and northeast regions of the country, registering temperatures below 10° C in a few days of the year.

Strong curatorial feature in this issue, the theme "Uniting hinterlands ' claims, explores and translates, on the basis of the etymology of the term ' Outback ', that condenses several hypotheses for the origin and coinage of the same, which can derive the expression “desertão” (that is, “Great Desert”), used by the Portuguese to refer to unpopulated regions of Equatorial Africa, or it may come from the Kimbundu muchitum, “Mato”. Can come from Mats Hinterland, who, in 1676, would have received an allotment on the banks of the river Gurguéia, in the current state of Piauí, in Brazil. The village of Sertã, Portugal, There may be reference. Already the use of the term to refer to the interior of the northeastern region of Brazil popularized from the publication of the book ' The Rally ', of Euclides da Cunha, in 1902, who portrayed the region.

Already the ' sertanismo ' is an activity practiced by frontiersmen, explorers who venture inside the sertão, in search of conquests, wealth or with concerns about natural beauty. The Brazilian colonial period, were usually called bandeirantes and were the main responsible for the extension of the borders of the country, making them come to your current configuration.

In Contemporary Art, It is equivalent to say who search on your subject and your devotion to the instinct, spirituality, independence, dedication, production, perception and dip in the landscape permanently around the artwork and salute, as we welcome here, these important artists and his works by the aura and vehemence of this exhibition. 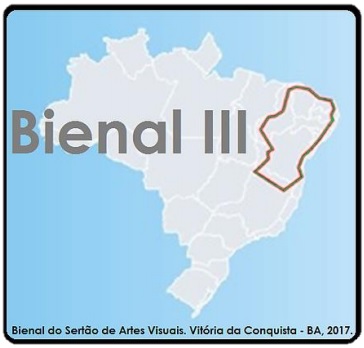 Previous: Portuguese photographer comes to Curitiba to chat and read portfolio
Next: CCC on display at Garden Mall of the Americas