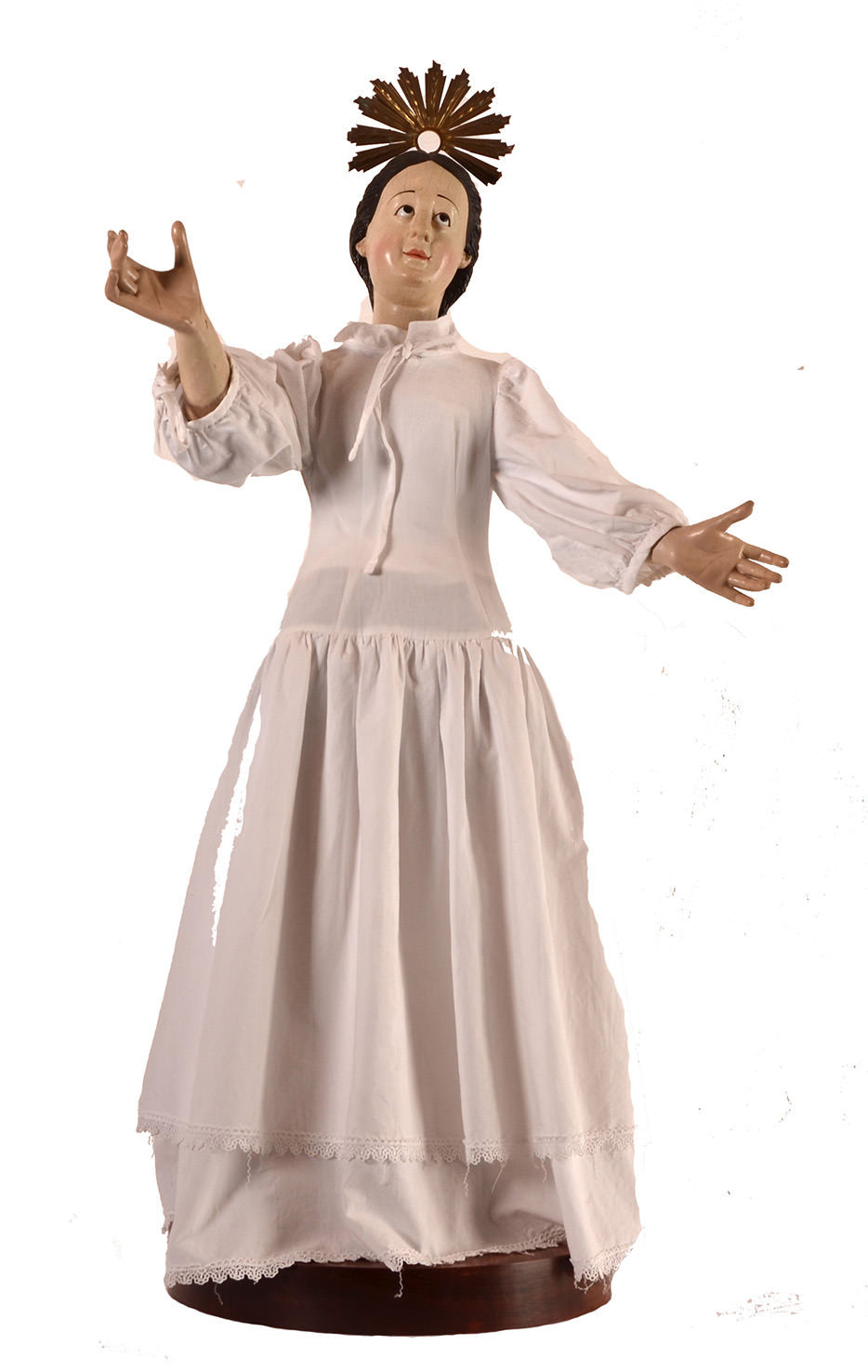 Museu de Arte Sacra de São Paulo – BUT/SP, institution of the Department of Culture and Economy of the State of São Paulo Creative, starts its exhibition schedule for the year 2021, in accordance with all protocols defined by the competent areas, with the show “Roca e de Vestir Pictures" with 37 works from the MAS / SP collection as well as from the Archdiocese of Sorocaba, Paróquia Nossa Senhora dos Remédios, Metropolitan Cathedral of São Paulo, Church of Nossa Senhora da Boa Morte and the Jack Luna collection. The curator is John Rossi and Beatriz Cruz.

Image of distaff is the name given to images, primarily sacred, conducted in procession and dressed in cloth garments. Unlike the pieces that existed in the churches and to lighten the burden, the images were only partially carved, with finishing only in the parts that should be seen by the public, like hands, head and feet, and the rest of the body consisted of a simple slatted structure or hollow frame covered by fabric clothing. In Brazil, this genre became important during the baroque period, especially in the 18th century, until the middle of the 19th century.

Differentiation between parts, beyond subtle, it is not watertight and is sometimes credited to interpretations. What should be emphasized is that the roca pictures true are those intended for participation in a procession, and those meant simply to be worn, Mrs dressing pictures. “All images of rock are also to be worn, but not all images of dressing are from distaff ”, define a autora Maria Helena Ochi Flexor.

“Among the various sculptural forms that we find to represent the saints, there are so-called rock and dressing images, whose study, for a long time, was "despised" by the researchers for being considered as a minor artistic expression. Very popular in the 19th century, widely used in domestic worship and in processions, especially those of the Passion of Christ. During the 20th and 21st centuries, this type of representation gained notoriety and was reborn, also, as an object of desire for collectors ”, explains the curator John Rossi.

Previous: To Cruz, in democratic territory, secular and plural arts
Next: CCBB debut “Foglamp”, a web series of suspense and psychological thriller, day 05/02