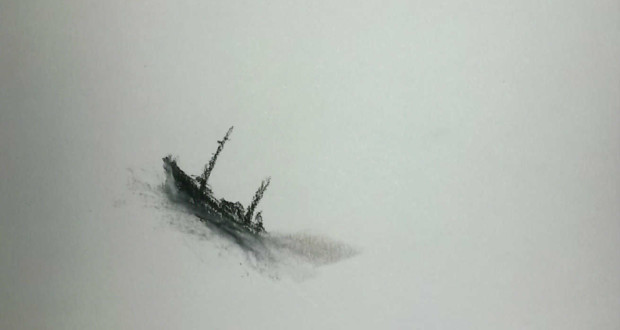 Boat of Rorian Guimarães in "Transliteration".

The artist Woelpl Rorian Guimarães is one of the pioneers of digital art in Brazil. In 1987, created the exhibition "FRACTALS, the Unimaginable reality "at the Museum of image and sound in São Paulo. In 2010, launched the "ART GRAPHITE", a virtual application form shows with 21 works and exclusive access for iPhone and Ipad which is still available at the Apple store with downloads from, in most of France and the United States. Screenwriter and Director of video, he navigates the offline world, devoting himself to drawing and painting. On 04 October, Woepl Guimarães Rorian opens its ninth individual, "Transliteration" at the Military Club Arts Gallery. The exhibition presents drawings Transliteration and paintings by the artist carried out between 2015 and 2016 and has the support of Nescafé Dolce Gusto.

"Transliterations are transcodes of symbolism of a civilization to another. The art, for me, is a translation of feelings for the visible world ", explains Rorian justifying the choice of the name of its individual. The curator of the exhibition, the museologist of Museu de Arte Contemporânea da USP, Vera Filinto, "The exhibition presents the work of Transliteration Rorian on a dimension close to your build process. A expographic different from conventional shows drawings and Visual notes by the artist in the most diverse places and times: waiting rooms, airport lounges, restaurants. Instead of framed drawings hung on walls, This part of the exhibition reveals surprising ways outputs of notebooks, napkins, verses printed papers, blocks of small proportions, which as a rule are stands for Visual annotations and ideas that sprout unexpectedly and will be more worked later or will be the own work over. On Transliteration, figurations, abstractions, the finished works and in the process, everything takes place and is ready to surprise us.

The exhibition brings landscapes, where mountains and seascapes almost always serve to ambience to human, and a profusion of portraits, where the color takes on role and, and often, highlights an element of the face in order to give you more expressiveness. The artist's inspiration comes from the city of Rio de Janeiro and masters of painting. "I'm doing a kind of reverse engineering masters ´ ´. I have my primary masters and end up going after the masters of my Masters, In addition to its references and so I'm discovering new worlds. My more recent studies refer to Delacroix and Watteau. My main references are: Gauguin, Vincent, Munch, Modigliani, Lautrec, Cezanne and Vlaminck. I love Courbet, COROT, HALs, Spies, Hammersoy, Leonardo, Vermeer and also the Macchiaioli School, Picasso and Turner. ", explains Rorian.

Rorian Guimarães is born in Rio de Janeiro, based in São Paulo, and currently divided between the two cities. Exposes since 1987: MIS SP, Mac from Campinas, Casa da Fazenda do Morumbi, among other institutions. From 2010, has been creating portraits, landscapes and still-lifes with different techniques and languages. Its creation it comprises works of saving strokes, others with profusion of colors and matter giving dramatic composition. Recently his abstract production has been gaining space and importance. The emotions and the human soul emerge in your drawings with unusual intensity. 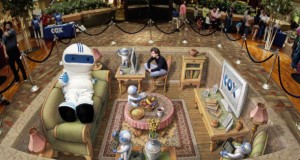