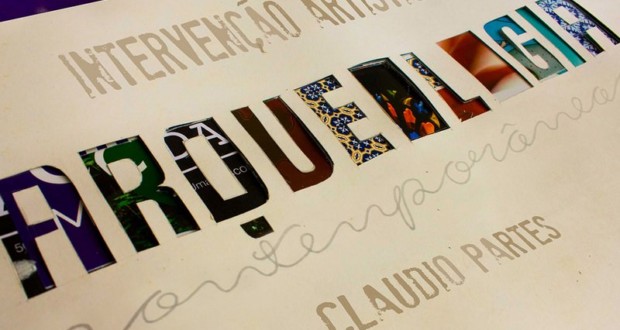 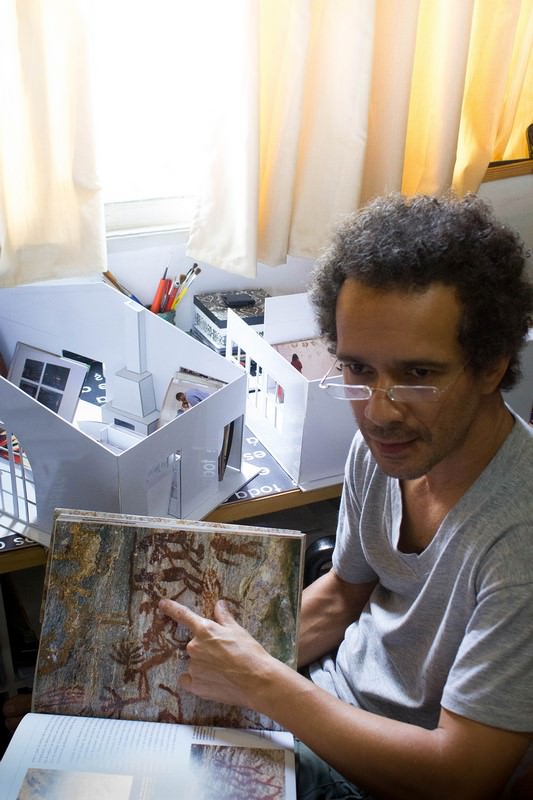 History and memory are in "Contemporary Archeology", the visual artist Claudio Parts opens in 12/03 at the Cultural Center STAGE – FMP. Until the day 31 April, It will be possible to make a poetic tour that evokes the exhibitions that have been through the space in the last nine years and proposes a reflection on the importance of concepts such as memory and conservation.

The art-process intervention will take shape in the work of restoration of paintings of the panels used in previous exhibitions, in a process known as pictorial prospecting. This technique consists in restoring a work through the identification of paint layers superimposed on parts, without giving up to preserve its aesthetic value and history. The proposal is to drive visitors to reflection about the relationship between ephemerality and preservation and relived the space, its dimensions and expressions through a dialogue that goes through the time, integrates and promotes the reunion. All this just to bring back parts of varied exhibitions that offered an in-depth look on subjects ranging from the human body to Portuguese-speaking Brazil's roots.

"The goal is to provoke thoughts and raise public awareness of the surroundings around us, loaded with memories, stories and feelings, In addition to lead to reflection on space, time and memory. In the background, We realize that some concepts that will be worked out in the intervention are more present than we can imagine ", reflects Claudio.

Responsible for this rescue, the artist proposes to bring to the fore, through the layers of paintings made in space, the wealth of information in its various levels and analogies. The space will be exposed as a body, with your records and memory (Aging, scars and interventions and their meanings) the shows. Among the influences to the intervention are the work of the artist Gordon Matta-Clark, poetic ideas of Bachelard and the sacralization of Bordieu heritage.

Complete the base liquid reality concept proposed by Zygmunt Bauman, that puts into perspective the speed with which things, people, feelings and sensations are lost in the modern world, giving rise to new. Issues such as these, added to the creative impulse and experimental, led to the development of a poetic work where these ideas could be shared with visitors. 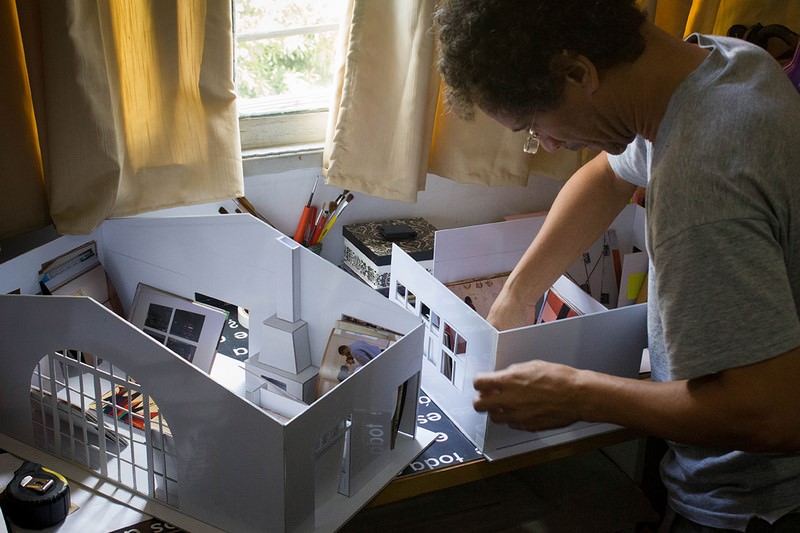 Claudio Parties resumes partnership with phase-FMP, where has collaborated in other events, work that has been recognized in the exhibition "Brazil-Portugal: the sea that separates us, the language that unites us ", I received the Fish Culture War, Conductor. A possible deployment of this new partnership will be a publication in digital format (e-book) with images and texts around the intervention, In addition to a video in short film format.

The project explores alternative formats to its viability, as the workshop of Creativity, that happens in parallel to the exhibition. The weekly classes will present techniques for stimulating creativity through practical and theoretical activities. The goal is to address the creation, the development and production of various projects, and can meet the artists, photographers, entrepreneurs, event producers and others interested in creative processes.

The intervention "Contemporary Archeology" has the support of the Cultural Centre STAGE – FMP, Ideation, Sigrid Haack, Gregori Bastos, Anita Smith and Erick Simon, and it happens 12/03 to 31/04, open to visiting from Monday to Friday, das 9h às 21h, and on Saturdays from 9:00 to 6:00 pm. Admission is free and the classification is free.

Claudio Parts sum over 25 years working as a visual artist, photographer, Designer and producer. His work has the image as large search and exploit to the fullest guiding the possibilities and means to expand the expression and experience.

The artist also gave through eclectic references. "I Highlight Miró, that teenager fascinated me very much by the primaries and apparent simplicity; Raymond Lowey, that led me to design; and names like Aloisio Magalhães, Wladimir Days-pin and Gringo Cárdia, In addition to studies and disturbing works, provocative and stimulating of authors such as Nietzsche, Jung and Bauman ", reveals Claudio.

The lightness and the search for the essential are some of the most striking features of his work, as a whole. In a few moments, These images take on ares blurred, in a sentimental and spiritual approach, In contrast to the material. The goal is to raise awareness and evoke feelings. These are aspects that exist in photographic works as "3×4” (2008) and "Subtle" (2009) and in objects such as "Brazil" (2014) and the "Tailor of Wings" (in development), among others.