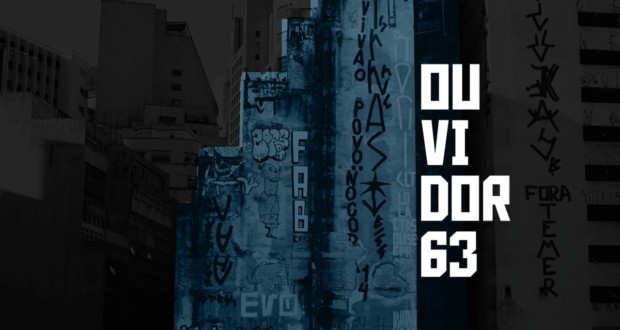 II Biennial of Arts of the Ombudsman 63. Disclosure.

São Paulo, September 2018 – Giving kick in the Arts Biennial II of the Ombudsman 63, that occurs concurrent with the Biennial of Art of São Paulo, Red Bull Station receives a special program of exhibitions, lectures, performances and installations. Since last Saturday or (1the/9), the building located in the Flag Square already has three activities that are part of the event program, which was developed over seven months and proposes a space to discuss the construction of other possible worlds.

By 12 September, Red Bull Station offers facilities “What building is this?”, the Main Gallery, and “Creative Process of the Second Biennial of Arts of the Ombudsman 63”, in one of the workshops. Both tell a little about the Biennial and its processes, as well as instigating the visitor to know the greatest artistic occupation in Latin America (which is in a building a few meters from Red Bull Station). Also part of the program of pre-release performance “Exercise of faith into the unknown: Living in the Ombudsman 63”, performed by the artist and resident Luis Only, will happen daily 01 to 06 September. Closing the agenda of this “heats up”, the day 06 September has varied activities, including a facility in skate park and a chat with the facilitators of the Biennial Curatorial Laboratory.

Check out the full schedule below:

01 A 12 SEPTEMBER
EXHIBITION: WHAT IS THIS BUILDING?
The show tells a little about the Biennial and its processes and entice the visitor to know the greatest artistic occupation in Latin America, the Ombudsman 63.
>> Local: Main Gallery

Previous: Bijari displays work "Counting Con Nosotros" in Chicago by day 8 of december
Next: #BUT – Coffee Theological features: “sacred Ivory: The reverse of the reverse” + Guided tour with the curator for the exhibition