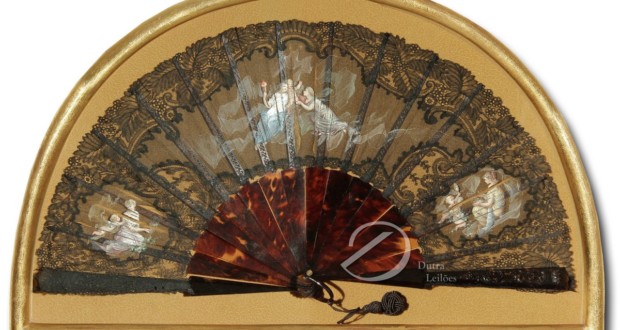 A collection of 210 lots, with valuable pieces of Brazilian sacred art and also contemporary, It will be auctioned on 22 October from 20.30 at the headquarters of Dutra Auctions, Traditional shot company of rare and historical objects. The event is preceded by an exhibition of these items to day 21 October, the 2:00 pm to 8:00 pm. The collection that will be negotiated combines wooden images, frames, bronze sculptures, and ornamental objects like pediment, torchbearers silver bench, Wood railing, oratory, Silver guampa, tables, ewer and silver bowl, porcelains, crystals, Imperial chairs rosewood, polls, Wood slots ethnic, gravy boats, palomas and even an amazing range of French lace with Baroness paintings Three Rivers.

Among the highlights of the event is the image of wood 'Crucified Christ' sculpted by Antonio Francisco Lisboa, Aleijadinho. She was present at the Mass the altar made by D. Eugenio Salles the Museum of Fine Arts of Rio de Janeiro to celebrate the 500 anniversary of the first Mass said in Brazil. This raw work 103 cm is so important that figured in the great exhibition held at MAM in Rio de Janeiro in the late 60.

Your photo has been reproduced in several books including art and history due to its projection and relevance. The sculpture is polychrome and represents Christ on the cross with letion cloth covering the nakedness. It was carved preserving the tree trunk aspect, besides presenting wooden pipes with scrolls and atop the metal plate with the inscription INRI. Its base is rounded in steps. 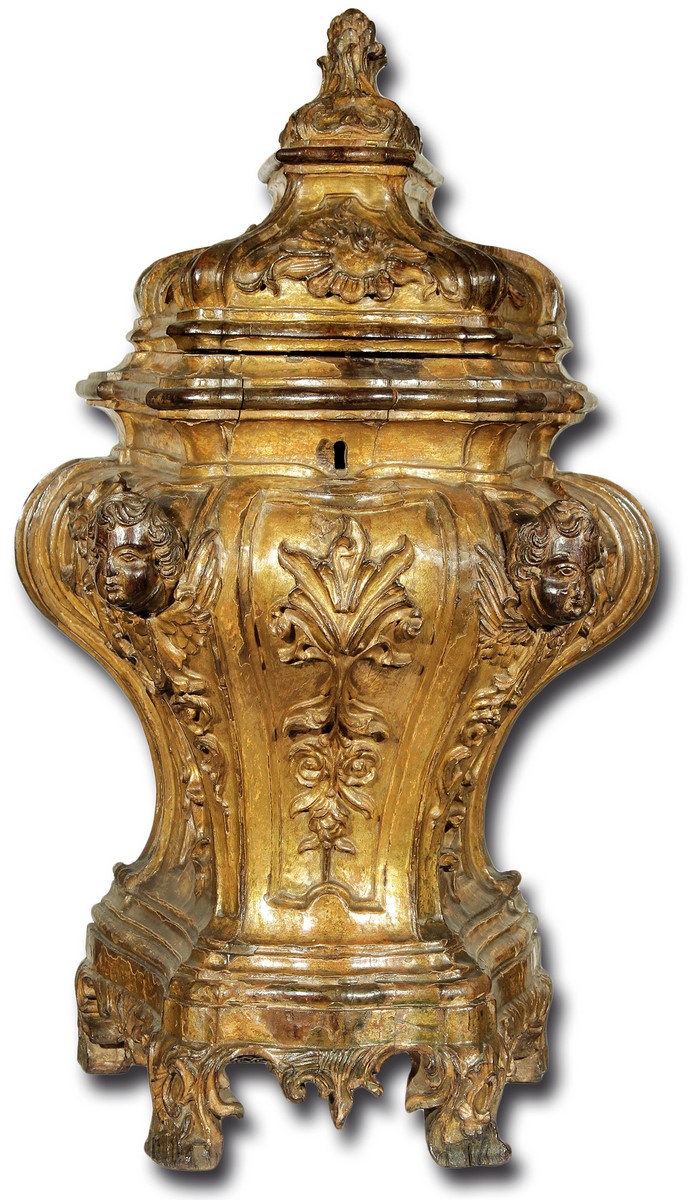 Urn of the Blessed Sacrament to pull over. Photo: Disclosure.

There are also paintings by artists such as the painter Anita Malfatti as oil on canvas 'Study for the Resurrection of Lazarus', owned by the family of the painter. joins him the picture in coal 'Portrait of Afro-descendant Women' from the Isabel Craig Deahl acquis, Anita friend. "Both were American mothers who met while residing in Campinas in the late 19th century", account the official auctioneer, Luiz Fernando Dutra, that will drive the shot.

The oil on gold, on wood, 'Virgin Mary', Anita, also reproduced in the book Anita Malfatti in time and space and participated in important events such as the exhibition 'The Sacred Art Anita Malfatti', organized by the Museum of Sacred Art of São Paulo, also part of the catalog. No less recognized, the painter and engraver Lasar Segall is present in the auction through the 'writer's portrait Gorelik'. It is an engraving in dry point, reproduced in the artist's book and comes with authenticity document. 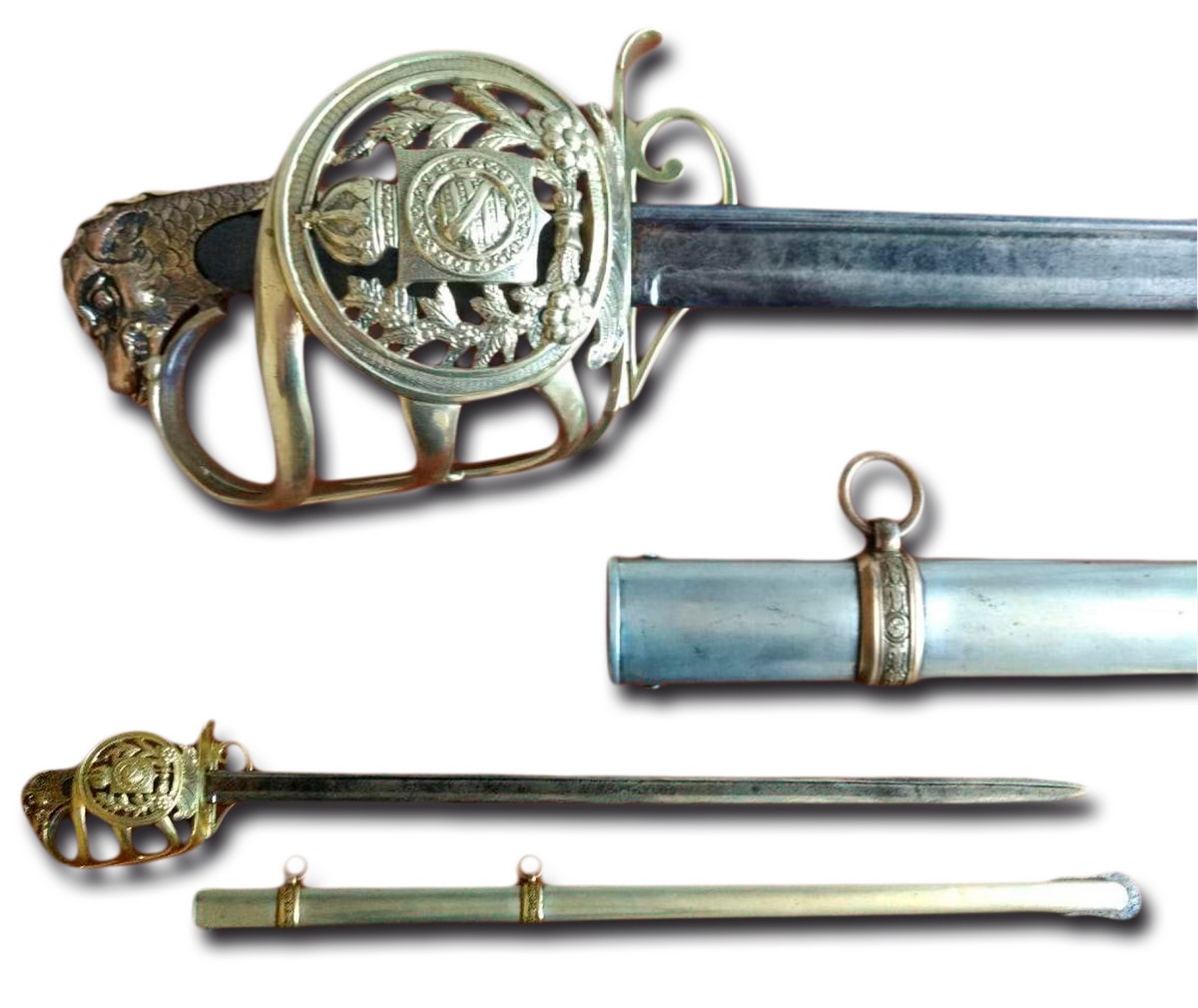 Draws attention in this collection by the striking lines and expressive sculptures in bronze by French artist Roland Paris, the beginning of the last century. The 'Jester' is a figurine 26,5 painted cold cm, with hands and ivory face on circular base and an oval patch of black marble with the author's signature. Already 'Mephistopheles' is a figurine with 28 cm and with the same technical characteristics and materials, but with a triangular base with black marble.

In the list of the most contemporary sculptures, ‘The Echo,'Authorship of D.H. Chiparus, It is among the most academic. It is a half-naked woman carved in green patinated bronze and gold, on rectangular base-streaked black marble. With 16 cm x 75 cm, your photo has been printed in the book Chiparus – Master of Art Deco, Alberto Shayo, published in New York in 1993.

Chiparus also also participates with great competence in trading through his sculpture 'Fancy Dress', from 50 cm high, bronze and ivory (criselefantine). She has cut onyx base and is signed by the author. The image of this work is present in the book Art Decô and Other Figures, de Bryan Catley, and also in volume Chiparus – Master of Deco, de Shayo. The statue is accompanied by authentic document. There are even more recent sculptures Tessore, Krestscher and Zago and the list of tables contained signatures of painters like Nery, Graz, Gomide, among others.