Home / Art / Leopoldina, the Princess of independence, of Arts and Sciences

Leopoldina, the Princess of independence, of Arts and Sciences 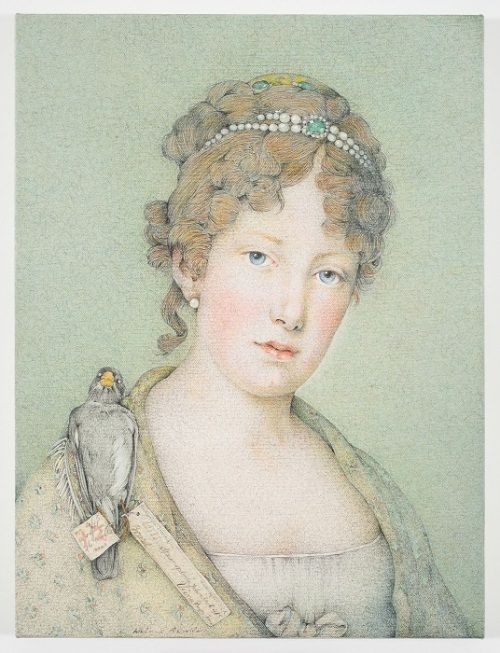 Leopoldina, the Princess of independence, of Arts and Sciences. Photo: Disclosure.

The Art Museum of the river-SEA, under the management of the Institute Odeon, inaugurates Leopoldina, the Princess of independence, of Arts and Sciences. To present to the public the life of one of the most important personalities in the process of emancipation of Brazil on the eve of the ephemeris 200 years of his arrival to the river, in 5 th November of 1817, the exhibition brings together approximately 350 pieces – between works of art, iconography, documents, clothes and furniture, In addition to items of Botany, zoology and mineralogy. The exhibition is sponsored by Petrobras, the Ita as copatrocinador, In addition to BNDES, Granado and the Andritz Group as supporters.

For the first time a show takes over the walkway that connects the school exhibition hall. The space will be occupied with a narrative chronology of the main facts of life of Princess Leopoldina, Since his birth, in 1797, in Austria, until his death in 1826. The Gothic style, the highlight is the collection of documents, newly acquired by the Museum, on the Congress of Vienna that, held in 1815, reorganized the powers of the continent, so fragmented by wars and revolutions. The visitor can also understand that the wedding itself-performed initially to distance, via proxy – was a strategy used by the country of Western Europe and was part of the attempt to revise the hegemonic European powers, expanding diplomatic relations between Portugal and Austria.

The arrival of the Princess opened the doors of the Americas in terms both commercial and social and cultural. The exhibition makes an ambiance with period furniture, that could have been used in the Palace of São Cristóvão, as well as objects that actually were part of the trousseau, as pieces of dishes with the couple's monogram. Complete this atmosphere will be charged to the visitor, You can use interactive screens to choose music. The life of D. Leopoldina in the city also will be presented through letters which revealed his loneliness – sharpened by the difficulties of the language and the place of women in patriarchal colonial society-, their troubles and strategies to overcome the conditions of life in Brazil, aggravated by the heat and large amount of insects.

It is important to stress strain relations and cultural diversity experienced by Leopoldina in his meeting with the social context marked by the enslavement of blacks and indigenous people, question which is dedicated one of the cores of the exhibition.

The role of Princess Leopoldina in the independence process will be shown in paintings and period documents that demonstrate its strong political articulation. The exhibit recalls the meeting of Council of Ministers, chaired by her, who decided the emancipation of Brazil and end days later with the symbolic act of D. Pedro on the shores of the Ipiranga River, declaring independence. This heroic role to Prince Regent, that leaves aside the important role of his wife, will be critical for the exhibition. Finally, the show takes a look at the legacy and the way his image and career have joined the country's history. Even with his untimely death, at the age of 29 years and only nine after his arrival here, Leopoldina inspired the name of streets, cities, train stations and even schools of samba.

Leopoldina, the Princess of independence, of Arts and Sciences has curated by Luis Carlos Antonelli, Paulo Herkenhoff and Solange Godoy, and curated by Pieter Tjabbes Deputy. The exhibition will occupy the entire third floor of the institution, which is dedicated to Rio de Janeiro.

To mark the opening, às 11h, In addition to the traditional Conversation of Gallery open to the public, a presentation of music with Rosana Lanzelotte — fortepiano, the copy used by Leopoldina, built by Anton Walter in 1805 — and Anton Carballo, Member of the Brazilian Symphony Orchestra violinist. On occasion, a Sonata of the Austrian Sigismund Neukomm (1778 – 1858), composed for pianoforte and violin, written in Rio de Janeiro 1819. This project was awarded by the edict of the City Department of Culture, the city of Rio de Janeiro.

The museum has the Globe Group as maintainer, Petrobras as a sponsor via State law of incentive to the culture of the exhibition Leopoldina, the Princess of independence, of Arts and Sciences, the Ita as copatrocinador, In addition to BNDES, Granado and the Andritz Group as supporters of the shows. The Bank j. p.. Morgan supports the exhibition Rio body languages [the Vertigo of the river]. For the activities of the School Look, the sea has the support of Dow and of Banco Votorantim, the Grupo Libra as supporter of educational visits, and Accenture as a supporter of SEA at the Academy via Municipal law of incentive to culture. The project Sea of Music receives support from TIM and the Souza Cruz is the copatrocinadora Sunday at sea. It also has the support of the Government of the State of Rio de Janeiro, and implementation of the Ministry of culture and the Federal Government of Brazil through the Federal law of incentive to culture. The management is left to the Odeon Institute.

Previous: Brazil receives unprecedented work of award-winning Argentine poet
Next: The art on the walls: