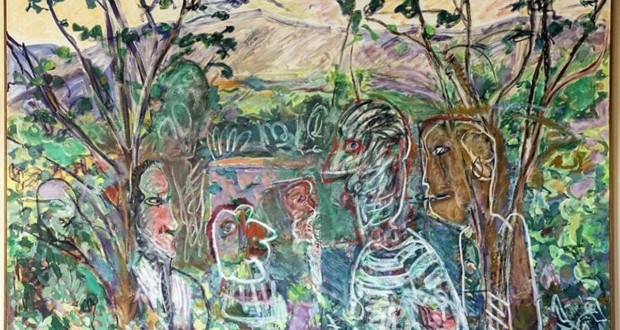 A Pharmacia Cultural – exhibition space and center of creative activities of all kinds and quality of the Stickel Foundation - have the privilege to present eriçados portraits, the newest series of Maciej Babinski drawings, the mythical artist born in Poland in 1931, filed no Brasil from 1953, more an involuntary contribution of Nazism to Western civilization. It was precisely on 6 August 1953 Babinski landed in Rio de Janeiro from Canada, where chilling with family, carrying very few dollars and some pictures that, in compensation, They earned him instant recognition of Darel Valença Lins, Oswaldo Goeldi and the great collector Castro Maya.

Andejo by nature, Babinski lapped by Brazil, and 1965, thanks to the military and a rectory that was their accomplice, He resigned from the post of professor at the arts center of the University of Brasilia. It follows that St. Paul should Babinski dictatorship. Once here, soon caught the attention of Wesley Duke Lee, Nelson Leirner e, past few years, He introduced the practice of engraving in the famous school Brazil:, de Baravelli, Resende, Nasser and Fajardo. Amafumbado in the school basement, It transformed the basement factory of its fantastic images and their peerless watercolors.

After you pass through Goias and Mining (Uberlândia), He was reinstated to the University of Brasilia in 1985, by the work of Cristovam Buarque dean and, then, in lines retiring, fell in love with Lydia. Thanks to her, which is cearense, in 1992 headed for Várzea Alegre, stuck in Cariri. There, almost "no radio and no news of the civilized earth", I sang as the great Luis Gonzaga, born there close, across the border, the great artist's work, while he hid from us, residents of large cities, and perhaps because of it even, vicejou. 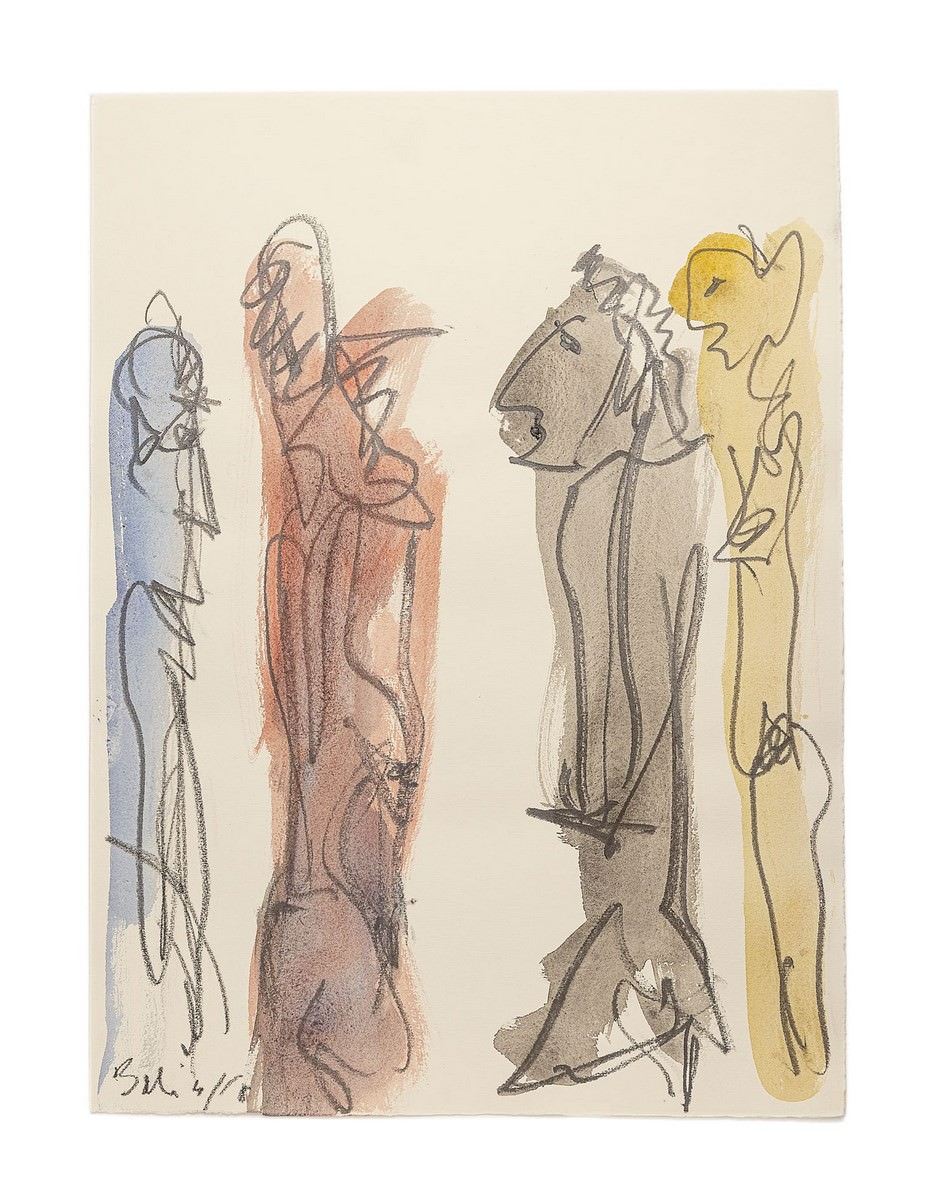 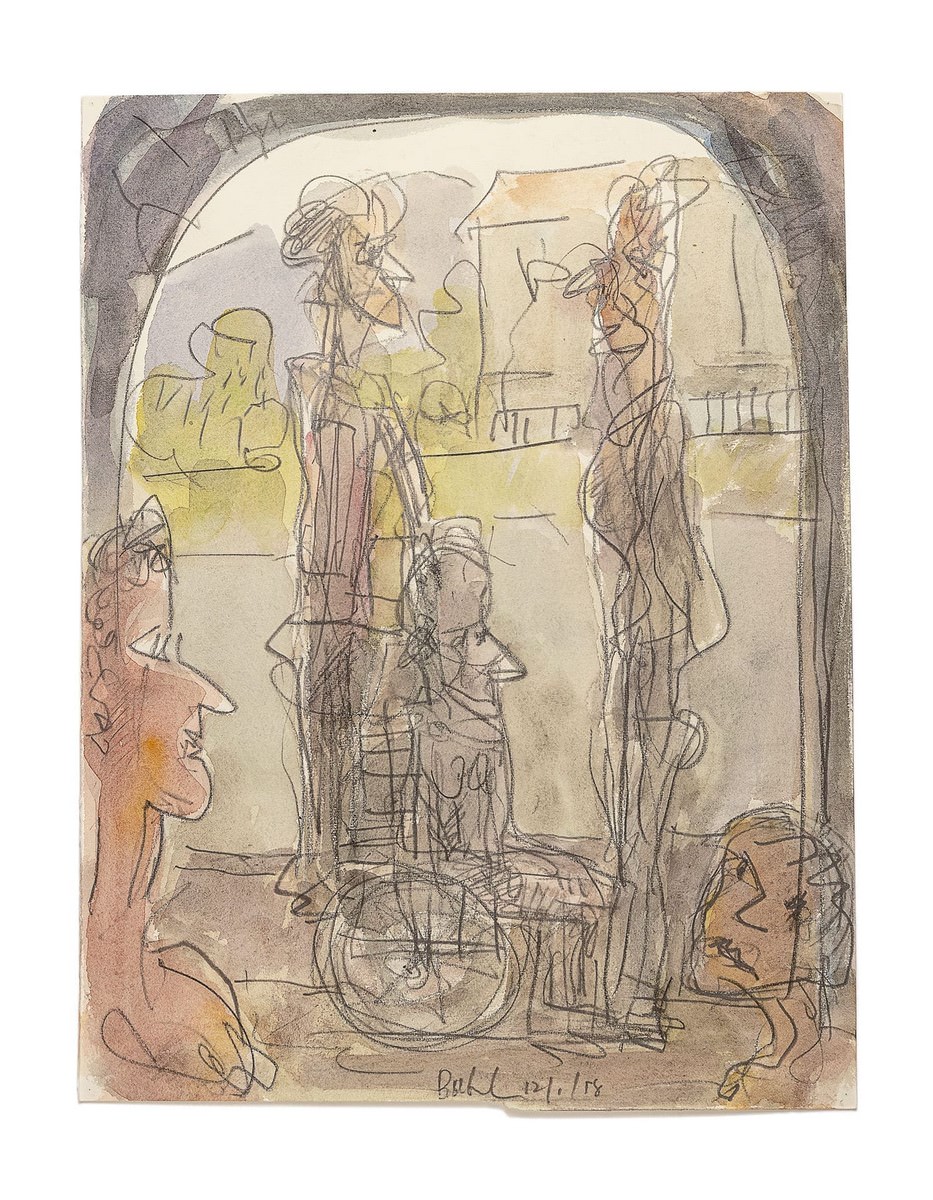 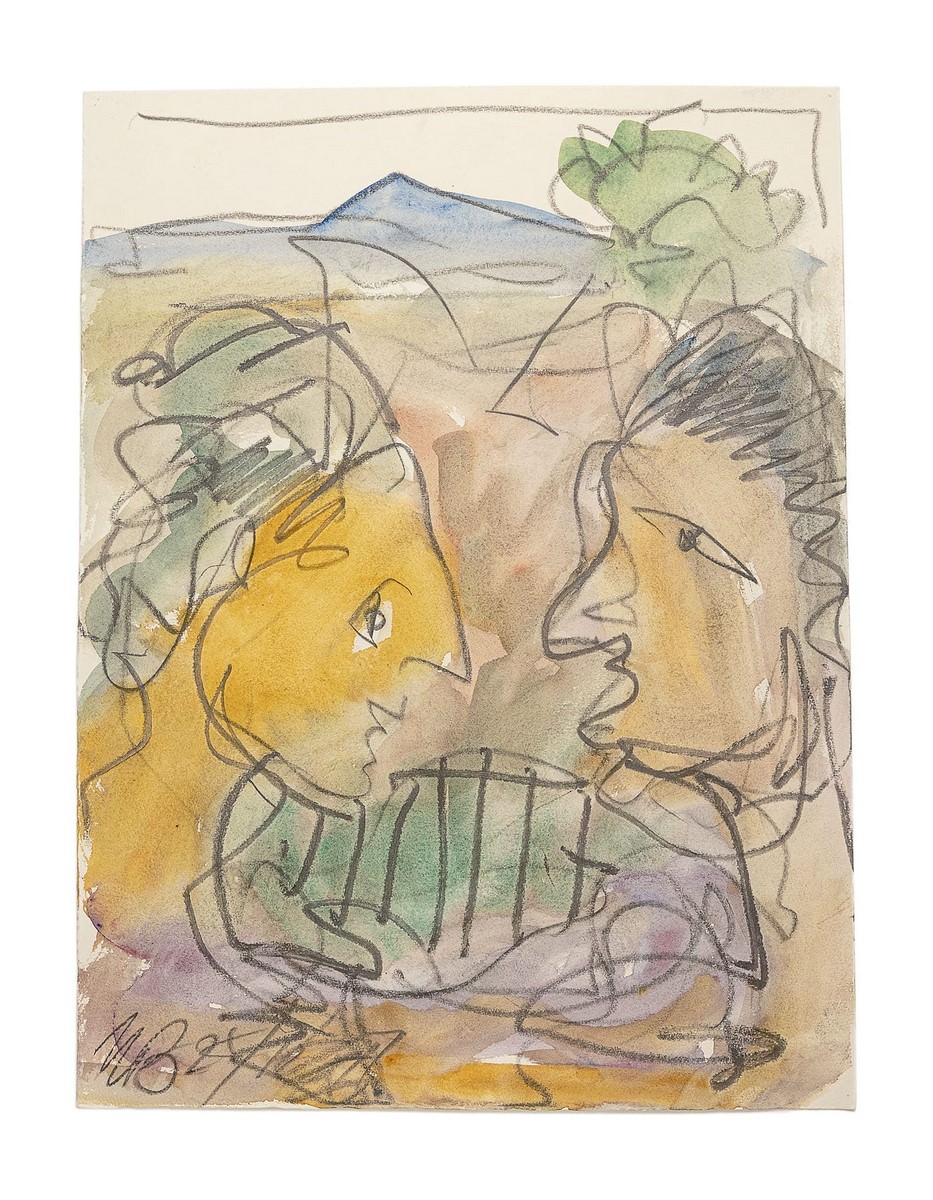 Babinski keep doing prints, watercolors and paintings. drawing ever, of course, since it is not conceivable any of the above practices without drawing, language mother. Still producing copiously without being interrupted by phone demon, which picks up there very badly, and that makes our metropolitan production a gap between successive calls and checks whatsapp inbox.

Our artist is fundamentally focused on two issues that, in his view, It is interpenetram: nature - vegetable and mineral, and human nature, this rare animal behavior, unpredictable, hissing, ourselves, theme that was always tangled and it leads to surprising ends.

Fernando Stickel, artist, Stickel Foundation director and longtime friend of Babinski, He invited Agnaldo Farias and shaken together until Várzea Alegre. From there they brought this series of 66 magnificent designs, and two paintings, as noted by the artist, praising the choice of curators and highlighting the dialectical movement of his research, born and led to the birth of the series. 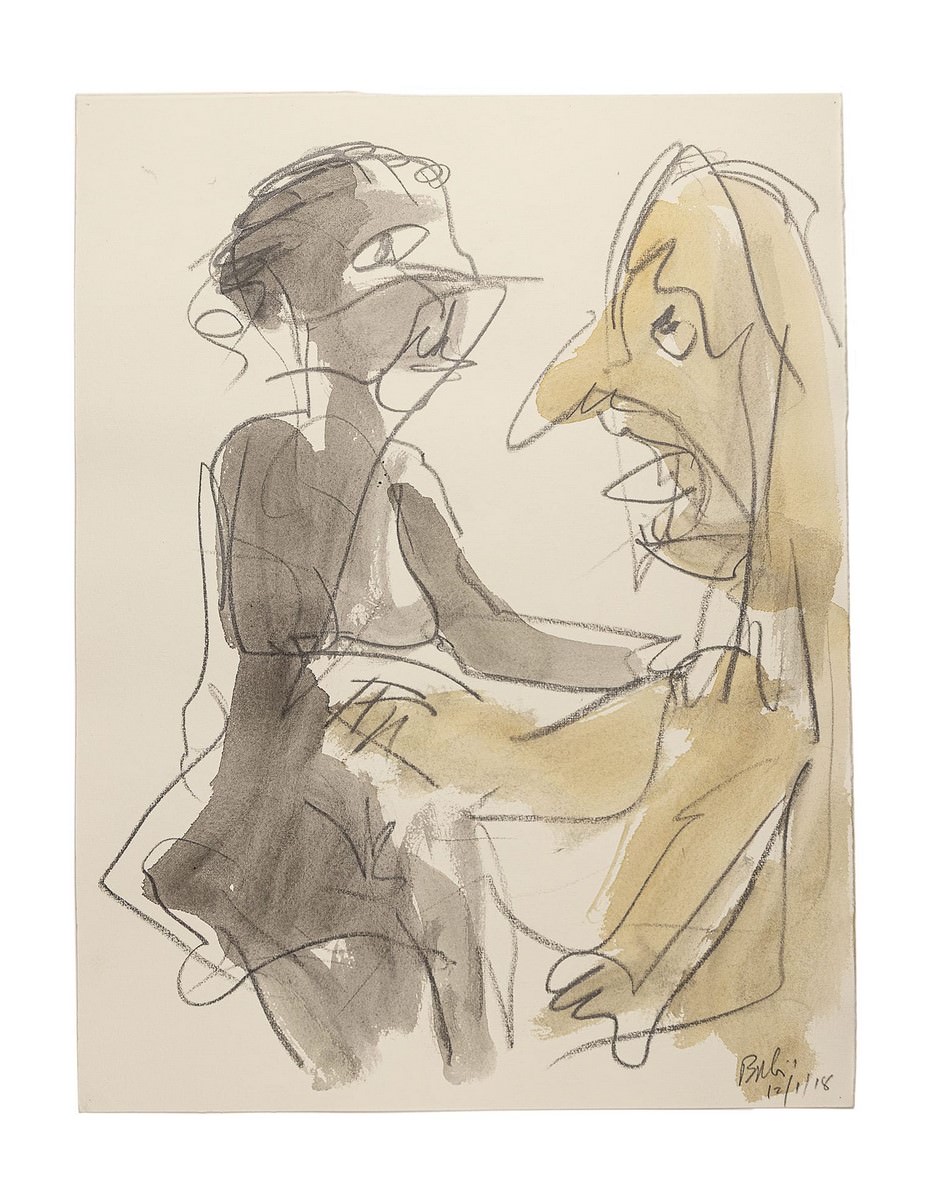 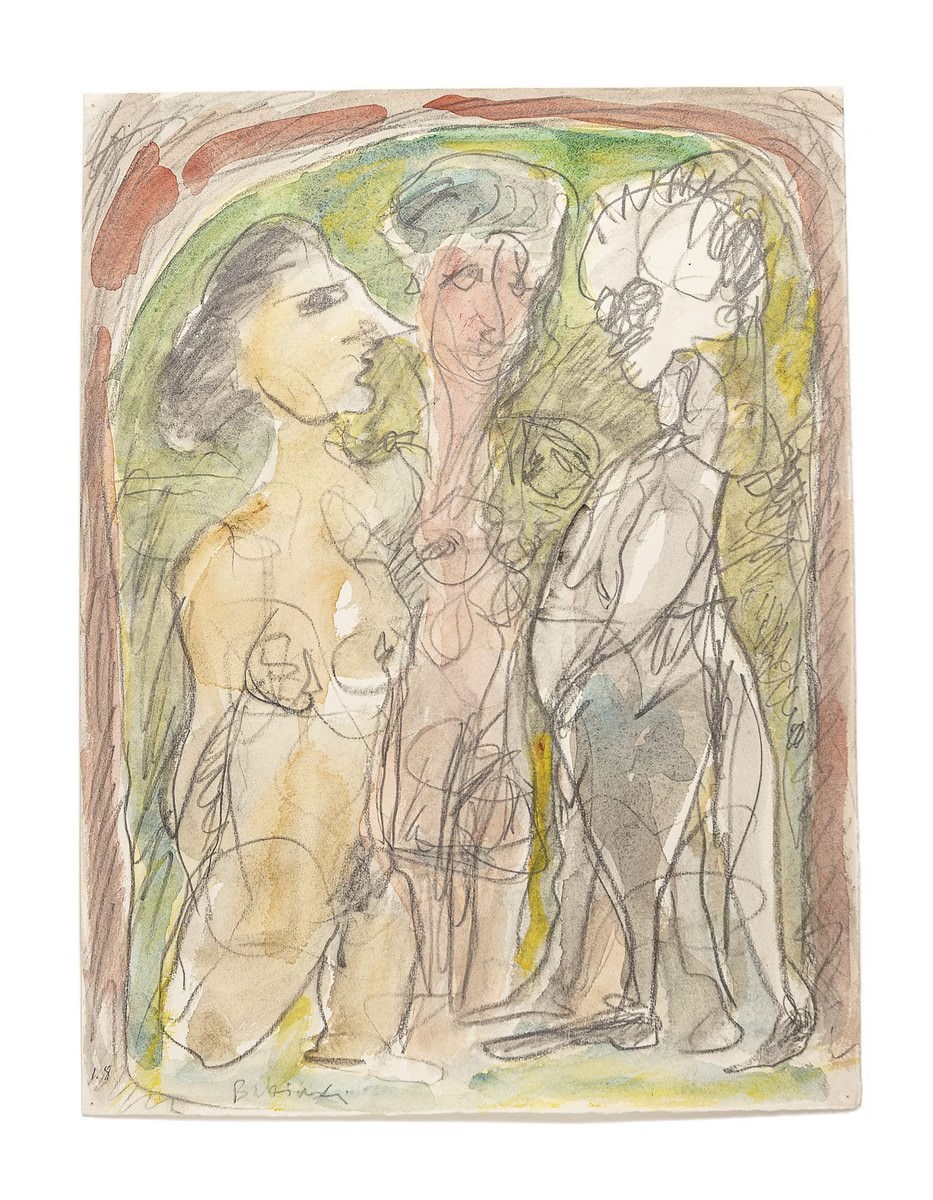 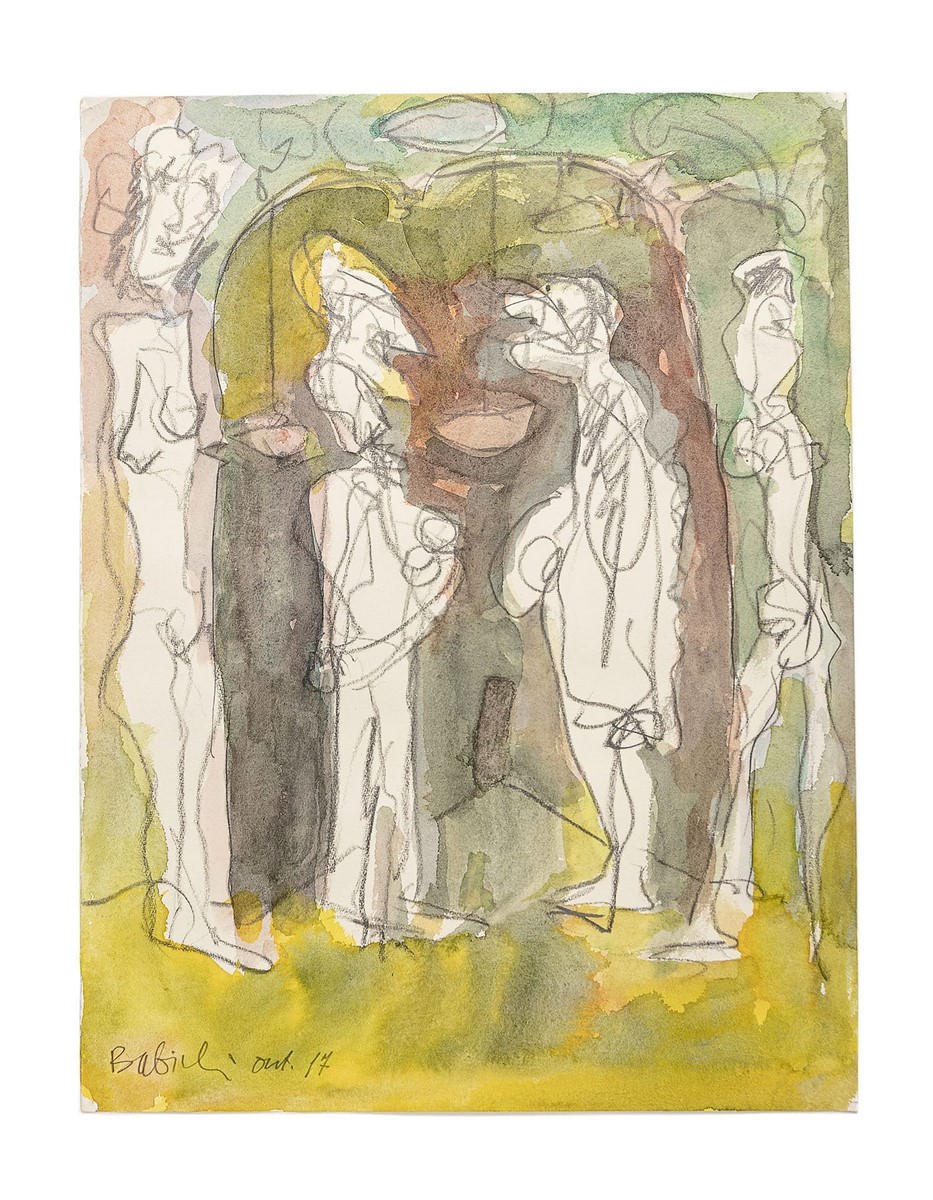 eriçados portraits brings together an impressive array of drawings whose tonic is a tense gesture, explosive. They differ from engravings minute, before which the eyes tirelessly scan, paintings whose untied chromaticism is the protagonist. In these drawings the gesture is released and the service of representation of people - one, two, three or more, talking animated, silenciosamente ensimesmadas, passionate or at odds, often bitter, storming, contempt target or a voracious desire; scenes always follow different.

It is, already see, psychological drawings, that leave to see the interest and respect the artist by human nature, his attempt to capture the infinite variety of expressive possibilities. His hand released from the education, after all what else, in the case of this so deep and enigmatic theme, could retain a polite gesture? In such a pitch come open strokes, the wide patches of faded colors, reinforcing the vibration of bodies and environments affected by the inner movement of the portrayed.

eriçados portraits recovery in updated key, fruit of the artist's maturity, his artistic heritage belonging to automatist Canadian, connected to Paul-Emile Borduas, today, in the wake of criticism of eurocetrismo, recovered as one of the most fruitful branches of Surrealism.

In 2019 the complete Stickel Foundation 65 years old. Since 2004 under the command of Fernando Stickel, architect, artist and photographer, his mission turned to the transformation of people through art and culture. We have since seen putting into practice our motto ART TURNS, providing communities met on the outskirts of São Paulo several courses and free cultural activities.

A Pharmacia Cultural Foundation Stickel inaugurated in 23/3/2019 on R. New city 195, Vila Olímpia, It is a multiple-use open space to the public, that from this exhibition are curator Agnaldo Farias, which also participate in the drafting of the schedule of courses,lectures, debates, complementing the programs and projects of the Foundation.

Previous: Philosopher shows how to use anger to their advantage to win
Next: In the International Year of Indigenous Languages, Tomorrow Museum launches "Living Time - Indigenous Matrix"