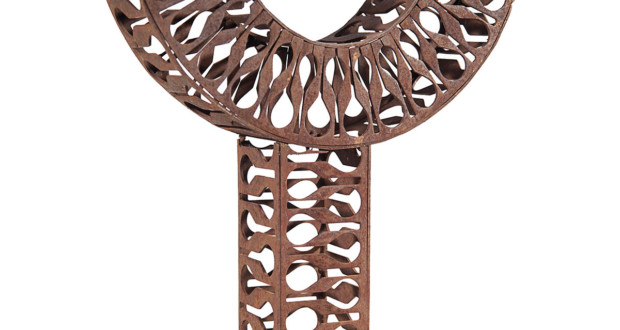 A Museu de Arte Sacra de São Paulo – MAS / SP, institution of the Department of Culture and Economy of the State of São Paulo Creative, inaugurates “Slowly”, visual artist paulistano The complete Seabra, under the curatorship of Bianca Boeckel. Inspired by the musical progress slow slowly - it refers to both the time required for the material used (steel) to corrode and get the desired aesthetic, as the speed of production of parts -, the artist presents sculptures and site specific in Corten steel, which address issues of emotional memory, childhood and time.

Music is a very present in the life of art The complete Seabra from childhood, also it is his first academic, before the visual arts. Built around a family factory, the artist used steel that would be resold as scrap metal to create his first sculptures, resignifying material. In this sense, the new temporary exhibition Room MAS / Metro Tiradentes displays a derived production of this affective memory, something that would no longer use. “The industrial design of this exhibition room makes the work back to its origins, removes the artist from a childhood memory and inserts it into an environment where you feel comfortable to come back to this time and produce”, says curator Bianca Boeckel.

In "Slowly”, The complete Seabra exposes ancient works - some borrowed from private collections -, sculptures and site specific unpublished, produced especially for this individual, plus a tower in corten steel that will occupy one of the gardens MAS / SP. A site specific It will be done in underground room, with Corten steel frames. In the Gardens of BUT They will be exhibited some sculptures, making communication of the two gardens with room Tiradentes subway. 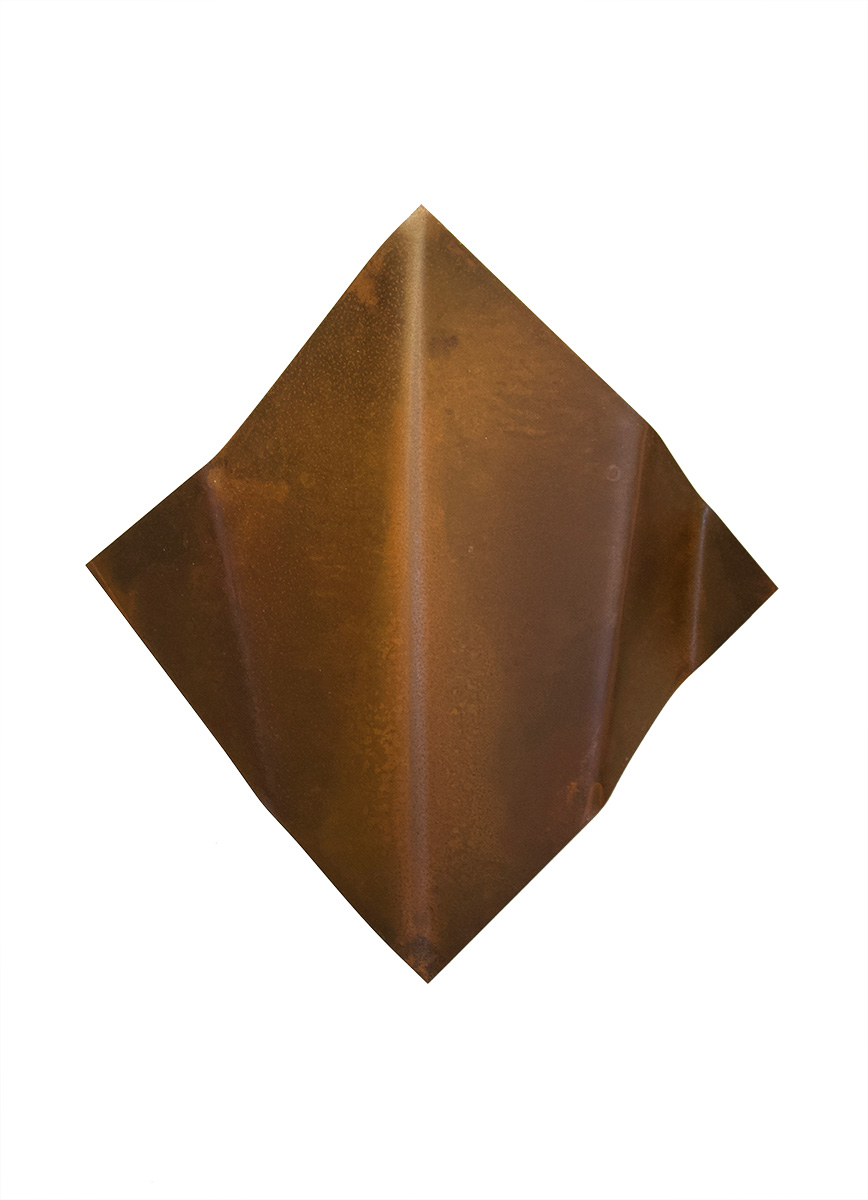 About the creative process, the artist regards the time of execution, which is relatively slow as the progress slowly. In his words: “I do not sketch, just take the material - usually a steel plate - and I molding, testing both limits of the body (force) as a matter (resistance)”. For curator, thinking and execution are together in this process: “The artist has an idea and follows a draft; he respects the raw material and their time. It is his will in favor of the time that the piece needs to be ready. Just as the work of a musician, thought and action take place together, through an inspiration that comes from within, medium without predefinia”.

The expography show is based on the artist's musicality and proposes to emphasize the movement of parts: They begin within niches and a closed window, and beyond these physical limits, using metal personality for the work together. In the words of Bianca Boeckel: “The lightness of the final result speaks to the steel stiffness, unissonante. The work progresses, interested, Solid expression becomes loud. It is music for the eyes: we see their presence, but not heard”.

He had his first training in classical piano and chamber music. Then, He completed a degree in visual arts from the Faculty of Fine Arts of São Paulo. In his artistic career, there are the exhibitions at Gallery Vicente di Grado,Fine Arts of São Paulo (2012-­2013), Red Corridor Gallery, Frankfurt / Germany (2013), and "The space of time", the Cloister of Santo Stefano Basilica, Bologna / Italy (2018), e "Sudario", Bianca did Boeckel Gallery, in São Paulo (2018).

Lawyer (PUC / RJ), He studied Business Marketing and Non Profit Management at Michigan University, e Integrated Marketing na NYU. While in New York, cursou Art Collections na Sotheby’s. His professional career began as a lawyer, working in large offices in Rio de Janeiro. You chose to change area, becoming executive accounts. He moved to São Paulo in 2003 and, in 2004, In para Arbor, Michigan (USA), where he studied marketing and worked as a volunteer at Ten Thousand Villages, organization that sells works of art and objects from developing countries. In 2006, He moved to New York and from 2007 He was finally able to devote to visit galleries, museums, courses and workshops. In this period, He worked as an assistant in the former Franklin Gallery, Tribeca. In 2010, back to São Paulo. In 2013, initiates projects to open his own gallery, in Vila Nova Conceição. deepens, then, his studies in curatorial and art history and, supported by your network and international experience, invests in Vilanova Gallery (now called Bianca Boeckel Gallery), that until the beginning of 2019 promoted 23 exhibitions. In addition to directing their establishment, acts as curator, also providing advice to collectors, beginners or not, seeking to invest in new artists.

A Museu de Arte Sacra de São Paulo It is one of the most important institutions of its kind in the country. It is the result of an agreement signed between the State Government and Mitra Archdiocese of Sao Paulo, in 28 October 1969, and its installation date 28 June 1970. Since then, the Museu de Arte Sacra de São Paulo He came to occupy wing of the Monastery of Our Lady of the Immaculate Conception of Light, on Avenida Tiradentes, downtown São Paulo. The building is one of the most important monuments of colonial architecture São Paulo, built of rammed earth, rare remaining example in the city, last farm convent city. It was listed by the Historical and Artistic Heritage Institute National, in 1943, and the Council for the Defense of Heritage, Architectural artistic and the State of São Paulo, in 1979. It has much of its collection also listed by IPHAN, since 1969, whose priceless heritage includes relics of stories in Brazil and worldwide. A Museu de Arte Sacra de São Paulo holds a vast collection of works created between centuries 16 and 20, counting with rare specimens and significant. There are more than 18 thousand items in the collection. The museum has works of recognized names, as Frei Agostinho da Piedade, Frei Agostinho de Jesus, Antonio Francisco Lisboa, the "Aleijadinho" and Benedito Calixto de Jesus. Noteworthy are also the collections of nativity scenes, silverware and jewelery, Lampadarios, furniture, altarpieces, altars, clothing, liturgical books and numismatic.