Home / Art / Museum MM Gerdau(BH) It presents an unprecedented exhibition of works that explore the relationship between art, Science and technology 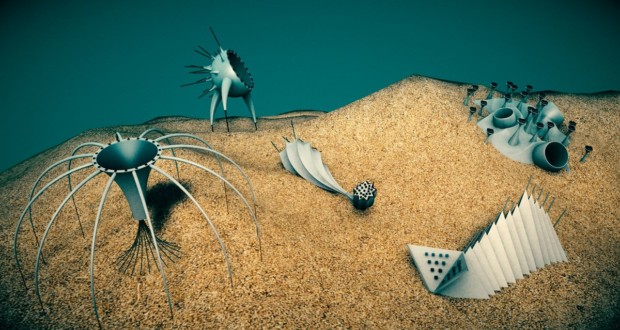 Museum MM Gerdau(BH) It presents an unprecedented exhibition of works that explore the relationship between art, Science and technology

The six works that make up the exhibition were selected from 252 proposals contained, originating in 26 different countries and have developed new works by artists who develop research involving art, Science and technology

Between the days 12 th December 2019 and 15 March 2020, the MM Gerdau – Museum of Mines and Metal holds the exhibition "ComCiência", presenting the works of artists included in the first "Notice ComCiência - Occupation Art, Science and technology". The exhibition will be open on the day that is celebrated the anniversary of the state capital and also the opening of the Rose Building, that houses the museum, one of the oldest buildings in Belo Horizonte.

The initiative, fostered by MM Gerdau and conducted by ComCiência program, facing popular science museum, It arose from the desire to establish a continuous schedule of creative and purposeful occupation of its spaces. So, ComCiência the Notice was released in June this year, making a call to artists and researchers working in the development of works that move between art, Science and technology, reflecting on the questions of our present, and why not, issues on which the future holds.

According to Tadeusz Mucelli, director of Digital Arts Biennial and also one of the curators of the notice, initiatives like this are very important for the conceptualization and understanding of contemporary phenomena that arise through the art of marriage, Science and technology. "We live in a society heavily involved in technical processes with strong influence in our culture. Through these three levels we try to explain our world to develop our skills to meet the challenges that arise ", highlights. 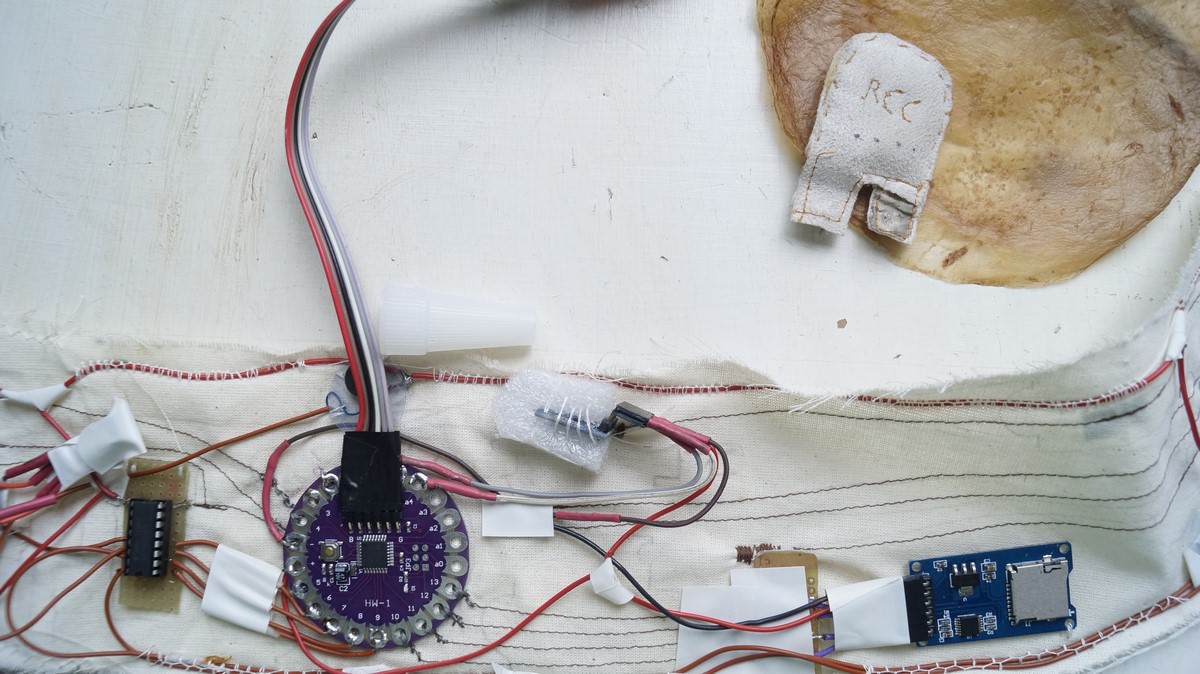 In this first edition, They were received 252 inscriptions, coming from 5 Continents (South America, North America, Europe, Asia and Africa), from 26 in all countries, being 65% multi-area proposals and 75% unpublished projects.

The numbers achieved are a reflection of how the integrated art productions, science and technology become increasingly present in Minas, in Brazil and in the world. The 252 proposals, the Trustees reached 35 pre-selected projects in the first phase of the curatorial (short-list), that at the end of 37 days of selection of work, It resulted in the choice of the six works that make up this exhibition. Among them, four are unpublished, whose narratives and concepts permeate thought-provoking topics such as wearable computing, learning machines, bio-hybrid beings, principles of organic and digital life and survival space.

"The curator was a challenging process, the quantity and quality of the proposals submitted, the accuracy and the necessary documentation for a careful and detailed analysis, and our goal of building through the works selected a propositional narrative, raising questions for a post-digital society and biotechnology. This exhibition brings works built on the border between art, science and technology instigating the public amid current issues such as wearable computing, learning machines, bio-hybrid beings, principles of organic and digital life and survival space. ", highlights Alexandre Milagres, which divides the exhibition curator, and it is one of the curators of the Biennial Art Digital, responsible for the curation of cultural and scientific program of MM Gerdau.

Among the projects selected for the exhibition "ComCiência" is "Codes of Minutiae", the Jack Holmer. Seeking to understand the origins of biological consciousness, the artist uses poetry and semiotics to present small anthropomorphic robots and automatons who perceive the environment through its sensors and respond to the real world with movements and sounds.

The book "Code of Minutiae" provides a basis for an artificial consciousness, and creates strategies for programming a sensory system, classificatory and interpretative, for tangible robotic beings and singular. Thus, the project features five sculptures electronically autonomous endowed with memory, sensors and neural network that can do a reading environment, responding to sensory stimuli as their daily learning. In this way, you can go seeing an evolution of the work throughout the exhibition.

The sculptures simulate the growth of a human fetus in four stages prenatal and postnatal. The evolution of the system can be seen outside the body in the central sculpture on a monitor that displays the internal data of the neural network processing in friendly graphics.

Another outstanding work is "Degenerative Cultures" Cesar Baio and Lucy HG Solomon. Here, artists establish a critique of the relationship between humanity and nature. For this, replicate the logic of so-called "smart microorganisms" to develop a 'bhiobrid ", a hybrid assembly that tests the boundaries between biological and artificial intelligence.

Thus, in an interactive installation, books documenting the human impulse to control and reshape nature are used as substrates for fungi. The text of the book is destroyed in the physical sense, and this destruction is visible through the clear text disappearing on the surface of the page. From the destruction, Artificial intelligence programmed into a computer coupled to the process undertaken in the book, analyzes the growth of living microorganisms and feeds a degenerative algorithm on the cellular automata language and analysis.

This biodigital agent search, automatically on the Internet, texts that follow predatory patterns, building a database of articles data describing humanity's efforts to control nature. Thus, while the physical book is consumed by microbiological culture, the digital database is corrupted by degenerative algorithm, combining the two processes simultaneously.

The work "Future Skin", Thatiane of Mendes, promises to impact the exhibition visitors with an innovative tactile experience. The proposed Mendes is to raise the reflection regarding the creation of a "sixth sense" in the human body, which is a result of the close relationship of contact and interaction of the human body, especially skin, with technological devices that capture data, at all times, on the experience of the body. Thus, "Future Skin" explores possible future "fur-garments", more adaptable to contemporary ways of being, the information flow and the moving body.

The wearable monitoring technologies, to show the data as heartbeat, Driving skin, geolocation, sounds, body movements, temperature, among others, They have intimacy data, which they have inevitably been used as self, monitoring and self monitoring, targeting the standards of beauty and force behavior.

With "Future Skin", are presented 3 distinct pieces constructed from a resulting biotecido cultivation of live microorganisms, having characteristics of human skin such as wrinkles, texture coloring, marks of time, etc. The result is an invitation to a questioning and intriguing interactive experience as the relationship of humans with the US own body, your senses and the way we interact and uncover the spaces that surround.

questioning of the relationship between humanity and nature is also the central theme of "Champs Elysees", authored by Henry Roscoe. The purpose of this installation is to propose another possible behavior, passing through a dialogic relationship between man and nature, where a listen and not just the imposition of power by a single be possible – or human – who appropriated the Earth in a highly destructive way of life in relation to natural resources, in a growing exponentially especially after the industrial revolution.

Thus, the work is made up of artificial beings with autonomy and life, communicating through the issuance of particular sounds. These beings are automatons living light, whether solar or artificial, and they are arranged irregularly in space, preferably the mixed nature. Designed to be installed in a garden or forest, where they meet being camouflaged in the foliage of plants, and there are also harmonically inserted in the sound space, "Elysian Fields" works from the interaction with the visitor walking itself, who, changing its position in space, changes the listening relationship with the beings who are living in it. To hear her singing, visitors must walk in space – in silence – seeking to hear the melody of each and their respective spatial relations.

So, the work proposes a contemporary and emergency reflection about the need to listen to the human being towards the needs of the environment, Howling emergency basis with natural phenomena increasingly significant, as high temperatures, water shortages or heavy rainfall in unusual times, as well as storms and gales increasingly intense.

Working hearing, the installation "Sonora Island", Camila Proto, It deals with the possibility of sound as creator of territories other than those perceived by society. The project is based- the premise of the movement of sound waves as an agent of structures materials, where vibration frequency and vary in their organizing function and at the same time chaotic, introducing changeable territories, in constant deconstruction and movement.

To create this dimension as possible factual, the installation has two "sectors": an interactive object, called "Making an Island", where the public can see the formative dimensions of sound and observe with their own eyes the movement generated by the change in frequency of urban sounds, plus a set of files, photographs, data, sounds and texts arranged in a wall, where the research narrative about the rise of the island will be drawn.

Closing the projects selected for the exhibition "ComCiência", is “Across Time”, work of Ecuadorian artist Paul Rosero, which proposes a survey of living fossils and cosmic food within a structured artistic perspective from biotechnology and exploration of the relationship "space-time". Thus Rosero recreates "stromatolites Antarctic" based on research on strains of cyanobacteria, from the exploration of notions, Antarctic mythology and re-use of bio-waste derived from a greenhouse project.

Our stromatolites play with the idea of ​​being objects incorporating past and present, regardless of their artificial creation. these objects, assumed to be living fossils, be produced by 3D printing procedure which replicates done by building layered organic stromatolitic. For this purpose, We plan to build a bio-3d printer Custom, fueled by two main components: Pulp made from organic waste and strains of cyanobacteria.

The complete schedule of MM Gerdau - Museum of Mines and Metal is available on site: www.mmgerdau.org.br/programe-se

:: ABOUT GERDAU MM MM Gerdau - Museum of Mines and Metal ::

A MM Gerdau - Museum of Mines and Metal, member of the Circuit Freedom from 2010, is a museum of science and technology that has a playful and interactive way the history of mining and metallurgy. In 20 exhibition areas, are 44 exhibitions that present, through historical and fictional characters, ores, minerals and diversity of the universe Geosciences.

The building Rosa Liberty Square, Headquarters Museum, was opened in 1897, along with Belo Horizonte. Listed by the State Institute of Historical and Artistic Heritage (IEph), the building has undergone meticulous restoration work, which it found that the interior decoration followed the Frenchified taste of the time, with neoclassical vocabulary and art nouveau. The architectural design for the new purpose building Rosa, that already was Secretary of the Interior and Education, It was made by Paulo Mendes da Rocha and expography, that uses technology as an ally of memory and experience, is Marcello Dantas.

The Museum is open from Tuesday to Sunday, from 12 at 18h, and Thursday, from 12 at 10:00 pm, free entry. In addition to the permanent exhibition, MM Gerdau offers a diverse programming and for all ages. All activities are free.

The MM Gerdau - Mines and Metal Museum is sponsored by Gerdau, via Federal Law on Cultural Incentives, with the support of the Brazilian Company of Metallurgy and Mining (CBMM).