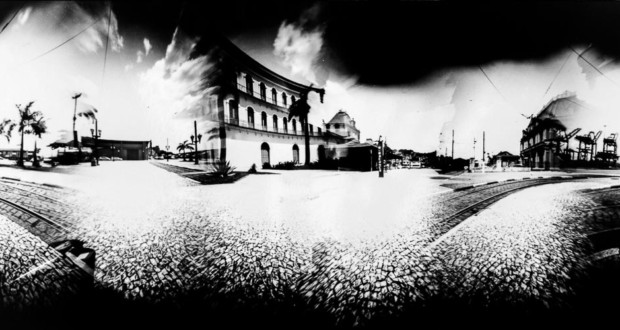 The exhibition features, with a new look, scenarios of the Port of Santos and region using pinhole cameras

For over a decade the City Reversed, group brings together photographers, educators and artists, invests in cultural activities related to the image, seeking to awaken in your audience a more creative and conscious look on the images that surround us daily.

In the exhibition "Looks Handcrafted", the team of Adelino Matias, Anna Clara Hokama, Andre Solnik, Gustavo Falqueiro, Marcella Marigo, Mauricio shoe and Ricardo Hantzschel, conceives its imagery version of the area of ​​the Port of Santos / SP using manually built cameras, or pinhole. These optical devices are constructed with cans, boxes, or any sealed apparatus to light, receiving a needle hole in one of its sides, allowing the formation of images inside, without the need for lenses.

Playing at the Centro Cultural São Paulo, the exhibition is the result of two years of teamwork, who, although voluntarily inserted in the digital culture, also values ​​time as partner, dipping a slow photograph, uncertain and experimental starting in camera design and extends to the image of the chemical development.

Both the process of capture and the final editing images, They were carried out jointly by the professionals involved in the project, contemplated by the 1st Announcement of Support for the Creation and Photo Exhibition of the Municipal Department of Culture of the City of São Paulo. It will take part of the exhibition space of the São Paulo Cultural Center (CCSP), the floor Flávio de Carvalho (backgrounds), next to three more exhibitions: color Nyotas, Idyll and Visual Poetry. 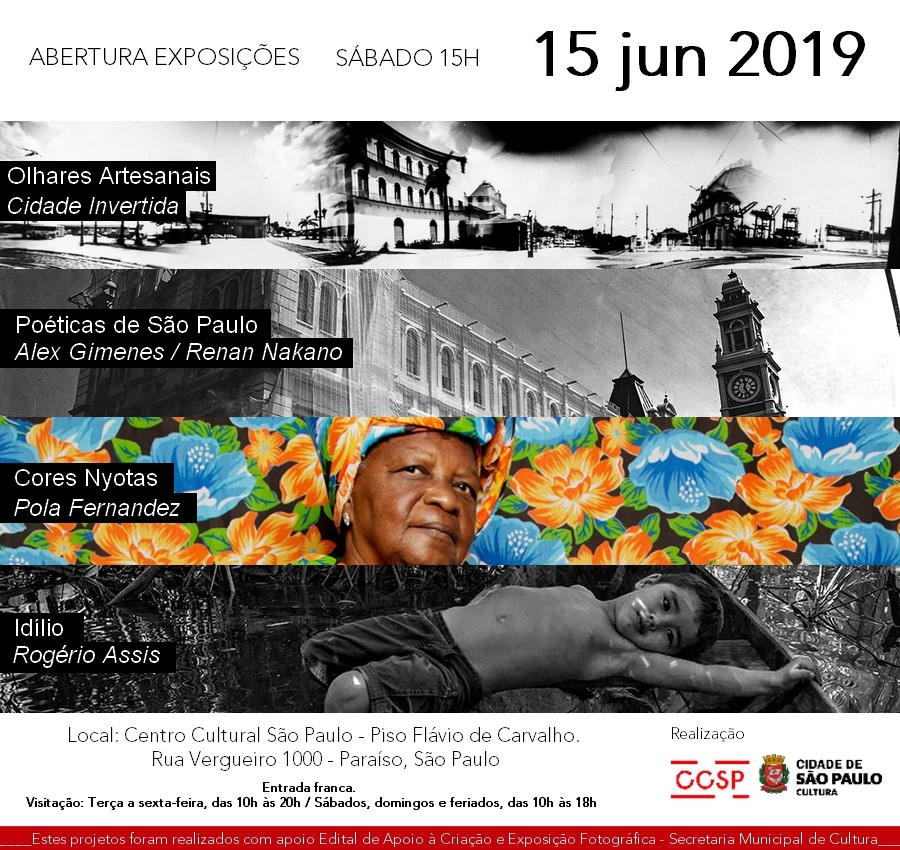 visual artist and self-taught bachelor in photography at Senac Academic Center, where he worked as an educator in the project Visual Literacy. A specialization in Art History from the Pontifical Catholic University of São Paulo and Cultural Project Management at CELACC - USP. Since 2015 exerts producer function in Inverted City.

a photographer, workshops makes research and teaches about photographic historical processes, Pinhole photography and colorization Photos Manual, using these techniques in their copyright works. It has a photography project lick lick called "Bin Camera", which acts as an educational tool and propagator of history and cultural revival of this technique, integrates educators team of Inverted City from 2013.

Master by IEB / USP, BA in Photography at Senac / SP and graduated and licensed en Philosophy from USP. Member of the project in the Square Photo (2014 -current), Reversed educator in City project (2009 -current) and photography teacher at the Civil Association Anima (2016 -current). He worked as a lecturer in art education courses for young people at the Instituto Tomie Ohtake (2012-2015), by the Secretariat of São Caetano do Sul Culture (2015-2016) and Design MIS Points of Image and Sound Museum / SP (2012-2017). In 2010 was awarded the Stimulus GOES program to Itapeva / SP Culture, with Pinhole workshop, in partnership with Emiliano Hagge.

Graduated in photography at Senac Academic Center and currently post graduate student in art therapy at the Institute Sedes Sapientiae. It had already passed through major cultural institutions such as Caixa Cultural, Museu Brasileiro Sculpture, Museum of sacred art, MASP and Pinacoteca, and now part of the education team of the Moreira Salles Institute Paulista. It acts as an educator in Inverted City from 2010.

He graduated in journalism from PUC-SP and Social Sciences, USP, He has served as a professor of photography at public schools in São Paulo by ImageMagica NGOs and coordinated the project “Photo in Lata”, the Science and Technology Park of the University of São Paulo. It is currently a freelance photographer and educator in Inverted City.

Professional Driver's 20 years, Adelino Junior Matias is part of the Inverted City team since its foundation. He has developed his photographic eye in the last decade, which led him to also exercise the monitor function in the workshops.

ABOUT THE CITY REVERSED

The Inverted City is a group of educators and artists who have dedicated themselves to develop visual experiences, mostly mediated by photography, aiming to charm people and at the same time awakening a more conscious attitude in their relation with the images that surround us daily.

In just over a decade, the trailer, Project Reference symbol, It was adapted as a photographic laboratory and camera obscura, and it has come about 35.000 km enabling courses and workshops for a diverse audience. With strong itinerant character, Reversed the city also has a cultural space in Vila Madalena, in São Paulo, where the intent is to provide theoretical and practical training opportunities for artists, photographers, educators and interested by general image. We are committed to the historical bases of traditional photography and juxtapose without prejudice to the digital technology of the latest generation.

The exhibition "Looks Handcrafted" gathers 38 photos taken with cameras built manually and has as its theme the port area of ​​the city of Santos, São Paulo state coast. Exposed images were captured by hole cameras (pinhole) and chemically disclosed in black and white laboratory analog.

The result of this project is a cutout at the same time chaotic and poetic, that deconstructs its referent, to immediately rebuild it within the apparatus designed by photographers Inverted City. The authors recreate the urban scene, images that exist only in the diversity of formats, sensitive orifices of pinhole cameras and media.

In order to share with the public the experiences of the artists in the construction of the cameras and their subsequent use in the capture of images from the exhibition “looks Handcrafted”, They will be held guided tours by Reversed City team.

The Inverted City trailer is used as a giant camera, where participants can observe the scene outside the she designed inside and reversed a translucent screen. In a fun and interactive manner, the public will practice shooting with hole cameras, constructed with boxes / cans, and then monitor the chemical development process of the image, with the base of the traditional black and white photography.

power point 220w, and local level in order to park the trailer.