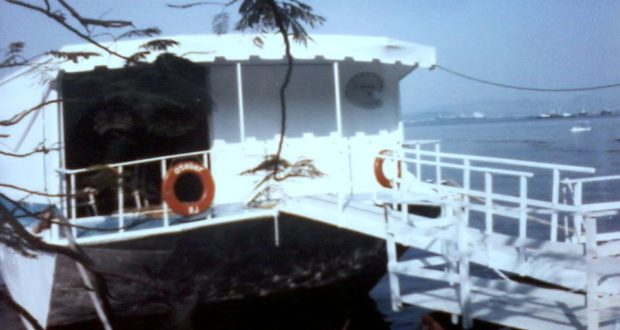 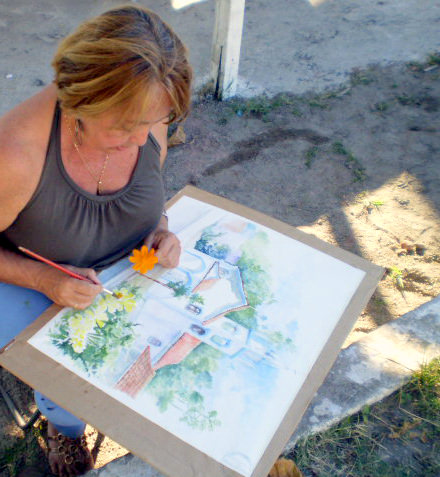 Angela Scorza is a Plastic Artist.

Golden age of these 18 years of the Floating Gallery of Arts Workshop.

We had students who became friends forever, friends and neighbors who decided to “To try” paint even for leisure.

The Floating Studio was a place good to be, have hilarious stories from there. Once I got a Lifes full of vegetables, vegetables, remember the corn and cauliflower, the day before we had a vernissage with cocktail.

Entered 2 young gentlemen, sat down and after a “Good morning” were between looking at me and if entreolhando… I painted, they freeze… one asked:

And both very constrained, from Copacabana starving said that, because they have seen on the eve people eating and drinking, they thought they had discovered a newly opened restaurant “really different” on the island.

Undone the mistake, taught how to get to a good seafood place, and I saved one of my favorite the “almost restaurant” that was without ever having been.

Had an affair too different, but that gave me fear.

A man, around 35 years, suit, Briefcase, entered the “deck” and sat.

Initially I did not approach customers, I leave at home, He looked around and I finally asked: I can help?

_ Do not, I'm just waiting for the ferry leave.

Gee, was large Atelier, but the ferries are immense if we compare. Explained CAU TE LO SA MEN you there was an art gallery, the terminal das barcas was far, in Ribeira.

He insisted that no, friends indicated that was there and ready, He was going to be. It took me a long time to convince the creature that would not leave vessel dali.

Check out other strokes of Angela: 1 and 2.

Previous: Antonio Bokel launches book with your trajectory during the SP-Arte 2017
Next: Time for the "Selfie" in the Culture room Leila Diniz