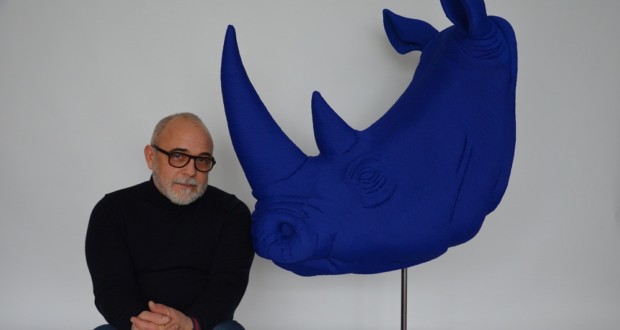 Realism and fantasy in Mozart War

Represented by Sergio Goncalves Gallery, Pernambuco sculptor who lives there 25 years in Paris exposes the SP-Arte 2018 between 11 and 15 April

Back in Brazil for the 14th edition of SP-ARTE, the sculptor Pernambuco Mozart War returns to the event after a gap of five years - his last appearance was in 2012. Between 11 and 15 April, the artist, based in Paris, will present their new work at the Bienal Pavilion.

Regarding the work of Mozart, impossible to pass in front of a sculpted work for him and not stay with his eyes for a long time. There is always a strong image carried by an intriguing message, a critic. And it has been that way since he began to devote himself to sculpture.

In a first phase of its trajectory, the works were marked by the creation of human opulent bodies, which they earned realistic features by selecting the skin color of the mold of the expression of the characters.

From 2004 Here, his identity as a sculptor has undergone a transformation. "Currently, the opposite occurs. The forms are realistic, but they are covered by an imaginary pictorial treatment and with a graphic that distance this form of reality ", explains Mozart, adding, today, the cast of animals is necessary for their work. "In both phases I always associate realism and fantasy". 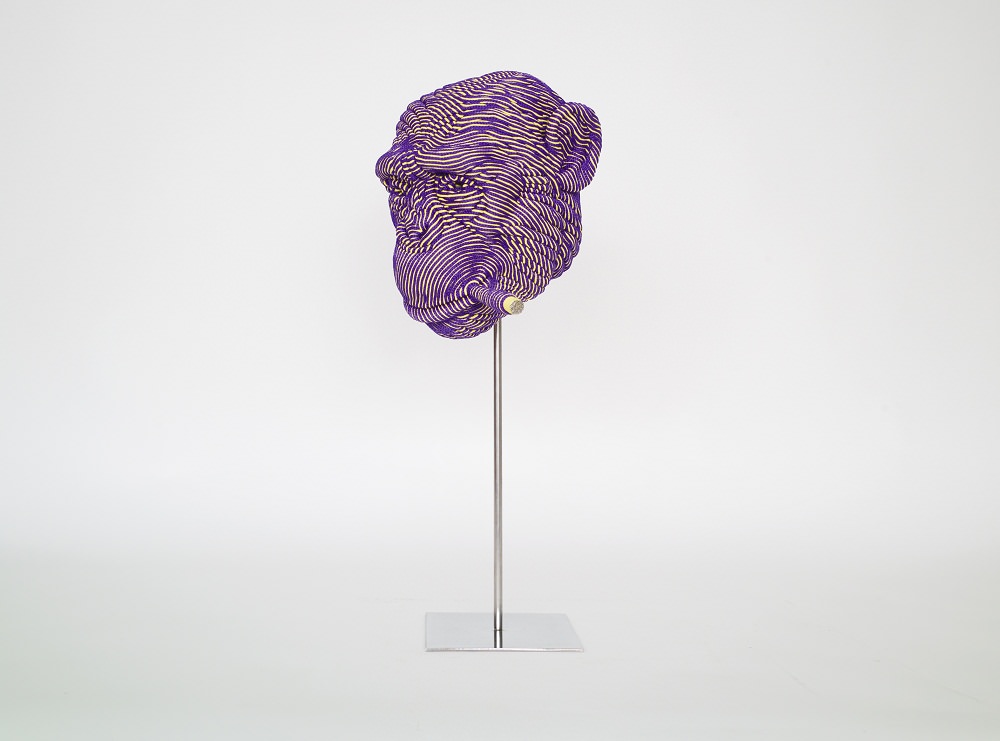 The technique and the materials he uses are almost the same: polystyrene (styrofoam) or polyurethane foam expanding to shape. What changed was the way to cover the work. He left the painted paper and entered the colored strings. "It's a new 'skin' that covers my sculptures to date", says.

How to characterize the Mozart work? He himself answers: "I conduct an inevitably contemporary work when I give a form of expression the materials created for other purposes. This is not a recycling work, but, How do you say it in French, of the misappropriation do material.”

It is precisely within this concept of subversion that can be framed works that Mozart prepared for the SP-Arte 2108. "It will be ironic assembly of the ambiguous relationship that the human being carries the nature. While he admires, he destroys. The game of darts target is a frequent symbol in the pieces. A lightness that does not hide the critical sense to try to convey ", account. 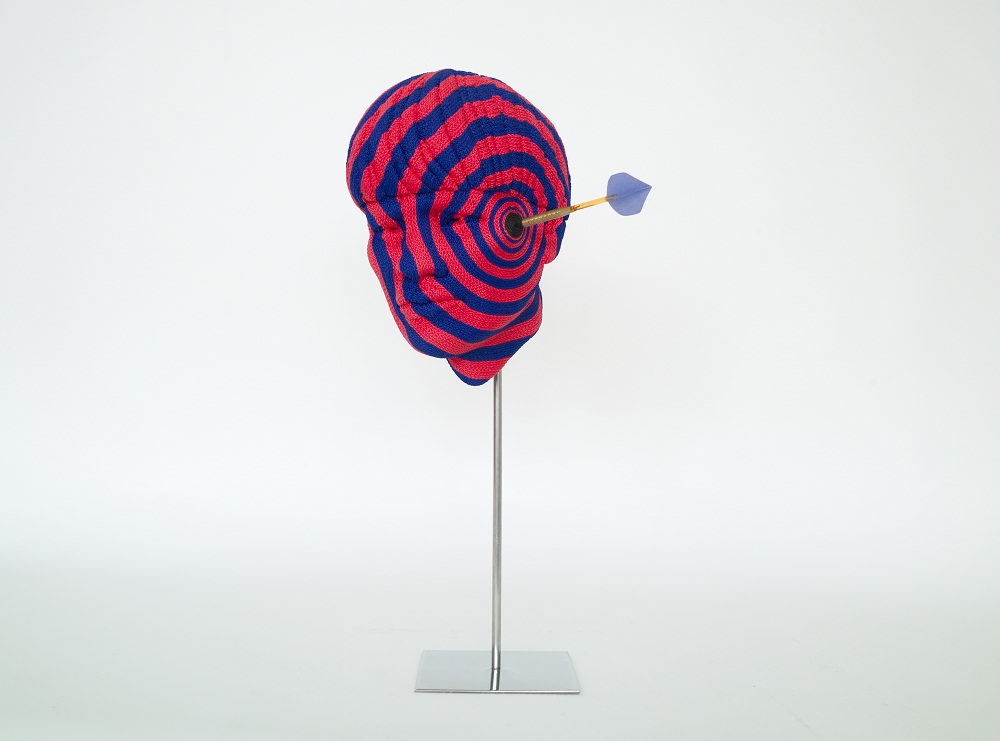 Each of the works that will be at the fair was worked in his studio, in Paris, city ​​you live for more than two decades and where he began to take his first steps as a sculptor. Mozart's Pernambuco and has, in his luggage, forming an architect, in Recife. At this time also I did sets and props for theater.

"I have no academic artistic training. I learned to carve on a daily basis. I love the spontaneous and meticulous in the popular Latin American art and refinement and precision of Asian art ". It keeps a link to their Brazilian roots. "Nothing nationalist, nem ufanista. So that now, activate, an attachment to folk art, the country's history and modern and contemporary art ".

Mozart began to exhibit, without galleries, at art fairs that advertised artists independently in Paris, as the "Marché d'Art Contemporain de la Bastille" and "MAC 2000" - this last received “Public Award”. After that, He began working with several galleries in France, Luxembourg, Italy, Portugal, Canada, Holland, Áustria, Switzerland, Spain and Costa Rica. Currently, It is represented by Sergio Goncalves Gallery, which maintains bases in Rio de Janeiro and Sao Paulo. 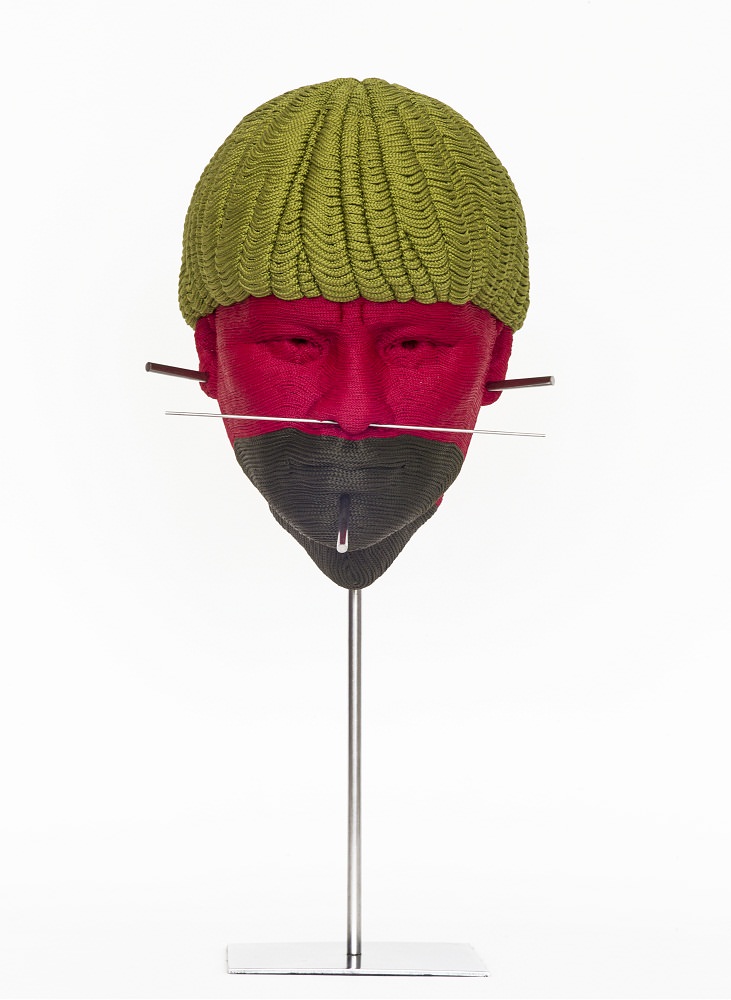 The artist also counts participation in fairs the most renowned, such as “SCOPE Basel”, in Switzerland, “art Paris“, no Grand Palais, and “Art Elysées“, no Champs- Elysées, and represented Brazil at the exhibition “Latitudes Amazon Lands”, What happened at the Hotel de Ville de Paris, in 2007, and three-year partnership with renowned Japanese designer Yasumichi Morita on work carried out in Hong Kong, Tokyo and Osaka. In November 2012, He received the award “Jury Coup de Coeur” of the “National Exhibition of Animal Artists”, in France.

For a complete work of Mozart War, visit www.mozartguerra.com.