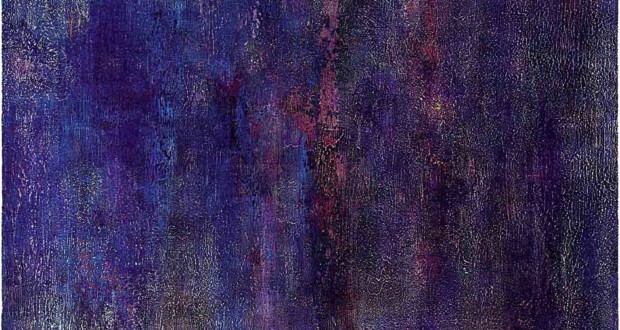 A visual artist Tatiane Hofstadl displays the unprecedented series "Paths and Discoveries"In individual shows in Caribé gallery, curated by Sergio Caribé. The 18 exposure screens represent impressions and life records of an artist who can live with different sensations and experiences.

The possibility to live in three different continents with companies and unique codes, He offered the artist a wide range of options and both visual and emotional discoveries that allowed Tatiane plunge into a dynamic and creative process, transforming their experiences into abstract pieces. His creative process is primarily physical: it overlaps with many layers of paint "squeegees"Or large brushes. Selected pigments for the beginning of the work does not always keep its leading role when it is finalized. His authorial process and its sensitivity walk to the destinations requested by the work and not rationalized by the mind. It is a dynamic constant choice, strongly influenced by the feeling while creating. 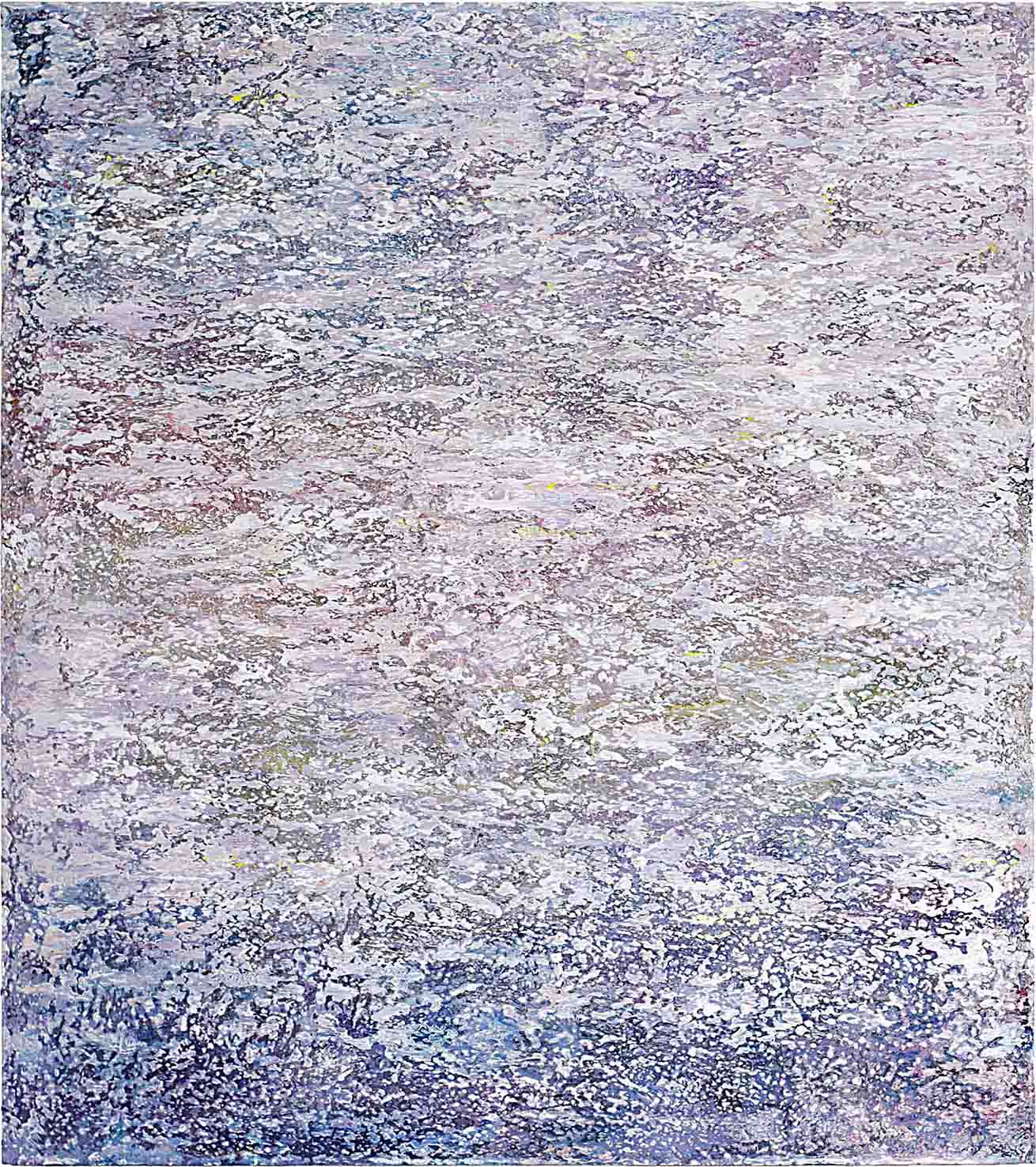 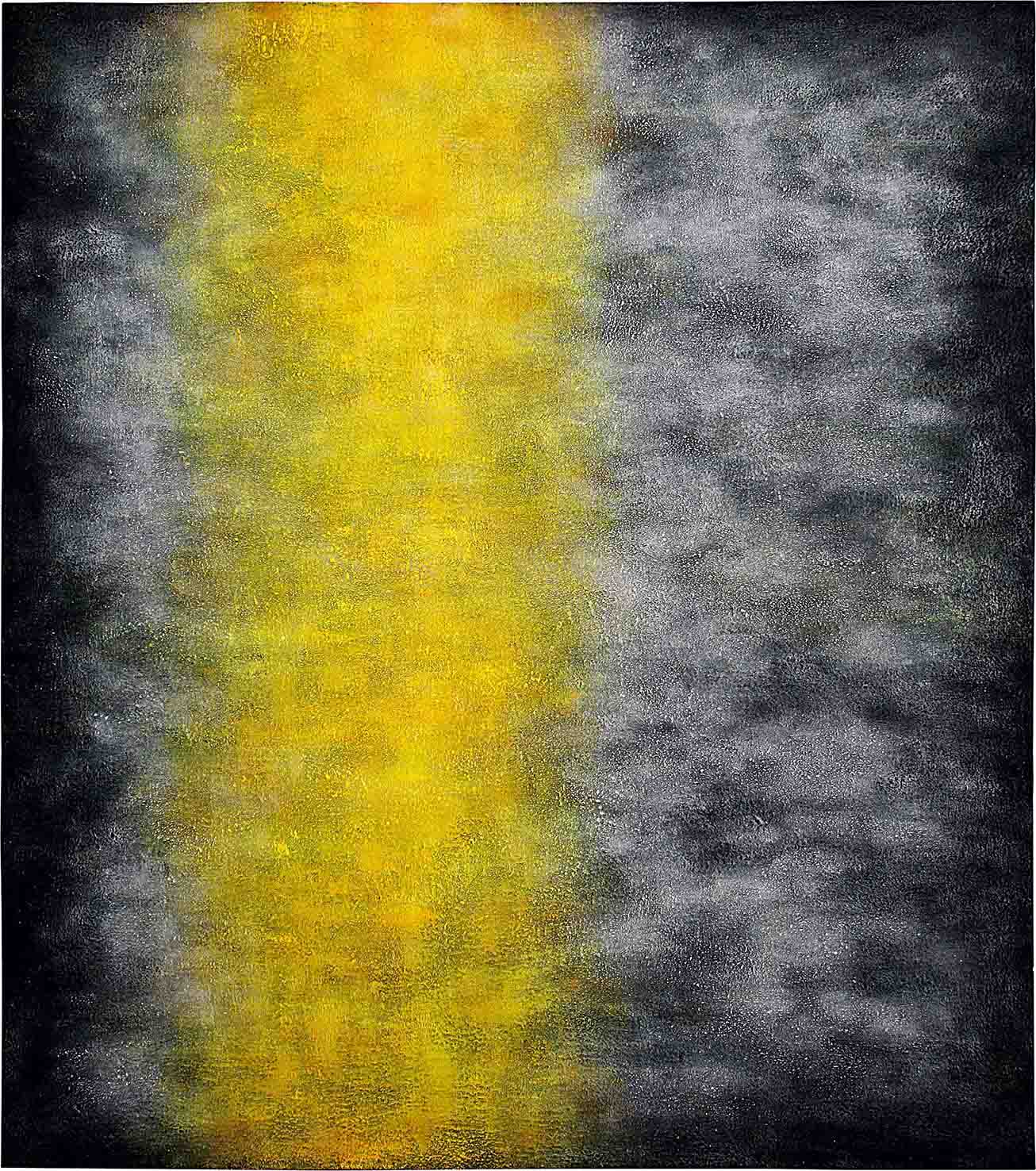 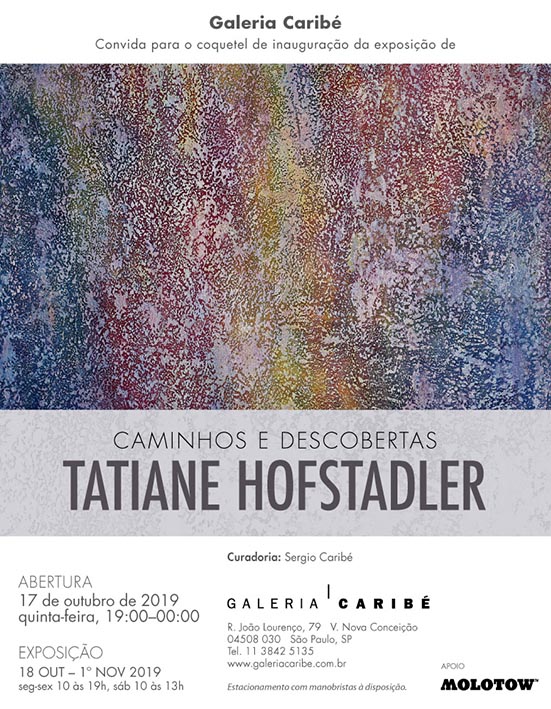 In the words of Mira Hecht, professora da George Washington University – Corcoran School of Art and Design, "The almost archaeological accumulation of dense layers gives each piece a sense of material flow – suggesting a future that constantly changes. Color, surface texture and are so prominent and distinguishing each piece is reminiscent of natural phenomena or geological material ".

Tatiane Hofstadl It offers the viewer ample freedom to define your connection to his abstract works seeking not induce an obvious interpretation of his art, leaving it to develop their own experiences and emotional records.

Tatiane Hofstadler grew up in the small town of Miracles, Bahia, by moving then to Sao Paulo. In 2003, leaves Brazil, moving to Vienna, Áustria. After a short period in Europe, also resides in New Delhi, in India, and Tokyo, in Japan. In 2011, moved to Washington, DC, which is for five years. Soon after his arrival in the US, matricula-se no C orcoran College of Art and Design (now part of the George Washington University), where it becomes bachelor of fine arts. The powerful abstract paintings of Tatiane quickly attract the attention of teachers and galleries in Washington, DC. In 2015, Selected to participate in group exhibitions at the Corcoran Gallery, Watergate Gallery e P Street Gallery.

Not present, the Caribé Gallery, in São Paulo, e a Watergate Gallery, in Washington, DC represent the artist.

The modernist project 1960 the renowned architect and designer of the decade 50, Jorge Zalszupin, located opposite the Ibirapuera Park in Sao Paulo and close to important cultural sites, home since the year 1997 the Caribé Gallery.

With large high-ceilinged rooms, the gallery is able to 500 people. Between seus charms, It is its prime location in Vila Nova Conceição neighborhood. Directed by brothers Sergio and dealer Luiz Carlos Caribé, the gallery became known for successful exhibitions.

Specialized in Modern and Contemporary Art, Caribé the brothers operate in the Brazilian art market since 1984, commercialization of important paintings and sculptures, and representing major artists on the national scene. Sergio Luiz and excel in offering its customers great works of origin.

The Gallery acts Caribé, also, as a partner in the issue of cultural books: “A. Marx – The Painter of Nature, Verona”; "History and Passion and Avenida Paulista"; "Carlos Araújo"; "Wakabayashi"; “Gerchman”; "Frans Krajcberg" among others.