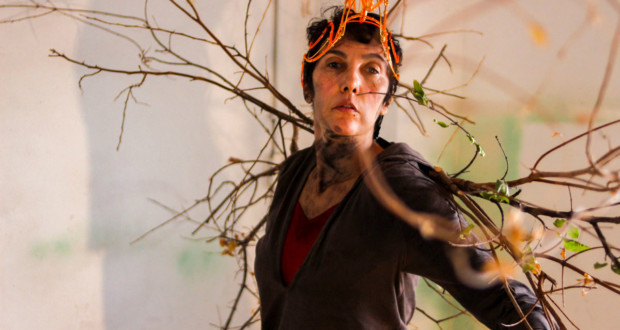 From day 10 of March the NAI – Integrated Arts Center will present its newest creation to the public, a performance “RESPIRA”, of immersive experience, interdisciplinary and intercultural, that will transform the Sesc Copacabana Arena, in Rio de Janeiro, in a performative installation, inviting viewers into a sensory experience.

“BREATHE” is about living, seek the air, look around, keep going, stay alive, on the move, change skin. It's about opening the way, occupy the spaces and take the joy back. It's about celebrating existence, transform the rubble of yore into a pulse of life, beauty and poetry. It's about reinventing memories and habitats. It's about creating possible places, about rebirth and sowing, in the crossing of the poem Jardins by Ericson Pires as dramaturgical material. It's about the carnivalized aesthetics and the libertarian spirit of Rio de Janeiro's street carnival.

In this way, the NAI launches itself in the construction of an affective field between its artists and the spectators., creating images, sensations and devices that displace the spectator from the idea of ​​logical understanding, bringing you to the center of the experience, immersed in dramaturgical action, since it is necessary to make sense of what is seen all the time. Thus, the spectator has the task of constructing his own work., from how it affects, speculates and relates to what he sees, experiencing at the end of the night, a unique and ephemeral final work. 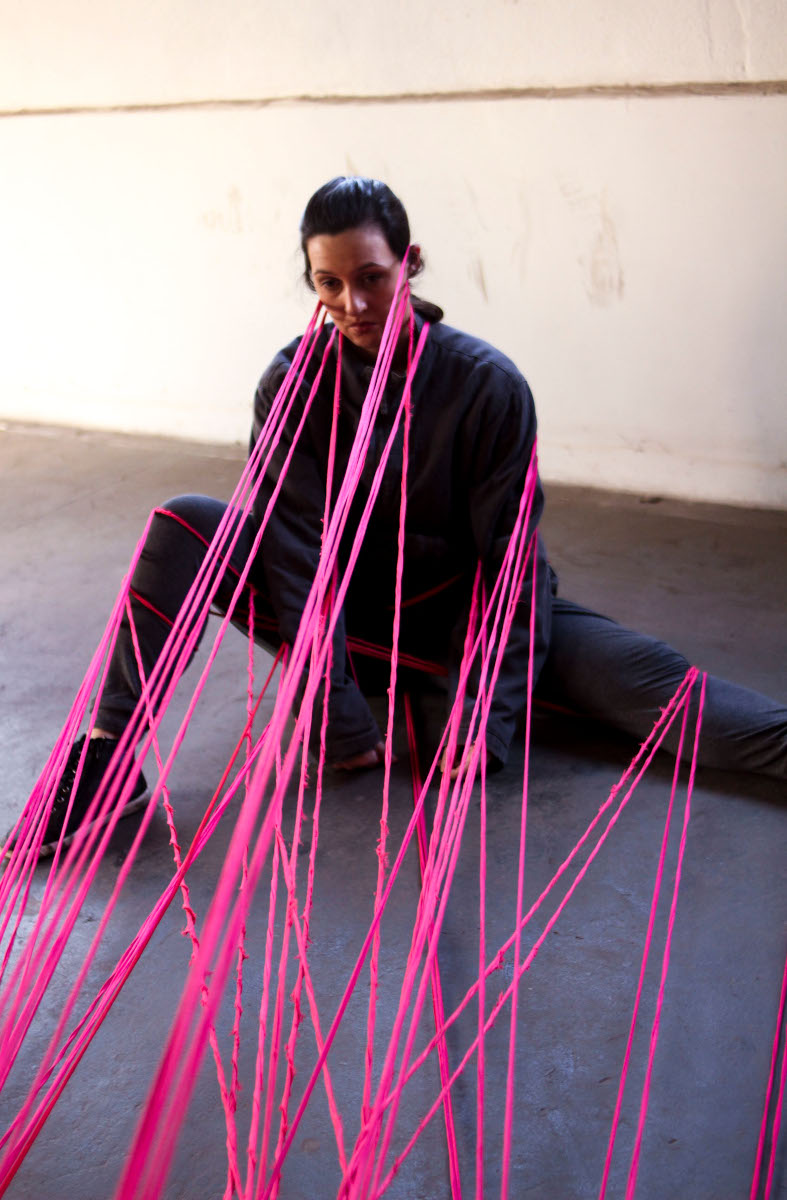 The NAI is an ongoing research center created by director Renato Rocha, with the aim of developing in Brazil the artistic process that he had been implementing in London and on the international scene. In other words, create multidisciplinary and multicultural platforms, where from the concept of anthropophagy, that the director has been calling the anthropophagic creative process, substantiate creative process structures, capable of producing devices, tools and foundations for researching possible dramaturgy, corporeities, sensory and affective states and aesthetic languages. In this way, it provides the ideal terrain to bring out the authorities of each artist and performer in the group., in a process of intimate and personal crossings, of feedbacks, digestions, ruminations and regurgitophagies that return to the process and determine each work.

NAI has been establishing itself in a field of research and interfaces between the visual arts, a performance art, o happening, o site specfic, The technology, the word, subjective dramaturgy and immersive and performative experiences, where the spectator is invited to the center of this experience, creating so by cognition, your own dramaturgy, your ties, and consequently, your work/experience.

The genesis of the NAI is from August 2016, in Rio de Janeiro, when Renato was invited by the National Theater of Scotland, to create a multidisciplinary project for the Home Away Festival, em Glasgow. Thus, artists like Renato Rocha, Márcio Vito, Renato Machado, Tarsila Takahashi, among others, created the show “Before it all ends” (Before Everything Ends). The project had the partnership of Sesc Rio, where the show made its season in Brazil, and Renato, at the invitation of Sesc Rio, ministered an artistic residency with artists from different backgrounds. from that residence, other artists joined this group and thus continued researching with the director this field of artistic interfaces and how to bring to the exhibition space another relationship between spectator – work – experience.

in your second job, “S’BLOOD” (2018), opened this survey to the public, wanting to understand how the spectator's gaze would interfere in the directions of this research, and the result of this experience was nominated for the Shell-RJ Award in the Innovation category. On your third project, “Among Ashes, Bones and Elephants”, NAI broadens research horizons, taking a bolder step towards meeting the viewer's subjectivity, that now needs to complete and signify the work, being able to even perform together with the artists of the group.

Thus, the NAI opens up new possibilities for interactions, speculations, changing perspectives and points of view, maturing his artistic research and his relationship with the spectator, and still travels new paths, interacting and occupying different architectures of the city of Rio de Janeiro, and realizing how it affects and transforms your work.

He is a Brazilian director who has developed an international career since 2010. Created shows for the Royal Shakespeare Company, The Roundhouse, Lift, Circolombia, for the Marseille International Art Biennale, o National Theatre of Scotland, the Leicester International Festival, the European Union and Unicef. Directed projects in India, Berlin, Tanzania, Kenya, Egypt, Paris, New York, Edinburgh, Stockholm, Budapest and Colombia. He was artistic director of the Street Child United Organization and the Circus Incubator, collaboration between France, Finland, Sweden, Spain, Canada and Brazil.

In 2016, founded the NAI – Integrated Arts Center, in Brazil, where he created “Before Everything Ends” for the Home/Away Festival in Glasgow, “S’blood”, indicated to Shell-RJ of 2018, in the innovation category, “Among Ashes, Bones and Elephants”, “Being off the map is also existing” for ArtRio, on C. Gallery, “Fragments of tangles and forgetfulness”, for ArtCore at MAM-RJ and the international platform “The Bird Conference”, for the artistic program of COP26, em Glasgow. He directed “Rastros” with Circo Crescer E Viver, “Ayrton Senna” and “My Destination is to be a Star” with Aventura Entertainment, and 2019, "I, Moby Dick” with Oi Futuro. Received 16 nominations in the most important awards in the country, winning the Cesgranrio Theater Award for Best Scenography.

In the 1990, Renato Rocha put together shows with numerous casts that made seasons in open-air spaces. He was a member of Intrépida Trupe and Nós do Morro, experiences that catapulted him to work in Europe, Asia and Africa.

In 2021, developed the “Common House” project. Funded by the British Council, the project took place in the heart of the Amazon with the Sateré Mawé indigenous people between rivers, forest and city, where the 10 amazon artists, together with the artistic director Renato Rocha, London studio SDNA, filmmakers Takumã Kuikuro and Rafael Ramos and sound artist Daniel Castanheira, created video performances that reflected on the indigenous cosmovision of the planet as a common home, lit by Ailton Krenak. The project was also part of the artistic program of the Casa Festival in London, COP26 in Glasgow and the Amazon Mapping Festival in Pará, and counted on the partnerships of Pipe Factory, The Theatre of the Opportunity, The Necessary Space e LABEA.