Home / Art / Friday, 5 of June opens the Italian-Brazilian Dialogue Cycle with the “Colloquium on Raffaello”. Free on Zoom!

The debut of the Italian-Brazilian Dialogue Cycle is Friday, day 5 of June, to 11 hours, no Zoom, when the Italian writer Antonio Forcellino will be interviewed by the art historian and professor at USP, Jorge Coli. Mediation is by the professor of Italian Literature at UFF, Guido Alberto Bonomini. Registration by email centro.iicrio@esteri.it or WhatsApp: (21) 3534.4344.

In Friday, day 5 of June, the Italian Institute of Culture inaugurates the cycle “Italian-Brazilian dialogues”, a series of colloquia with the participation of intellectuals, artists, italian writers, bestselling authors and Brazilian experts from various fields, in collaboration with cultural institutions in Rio de Janeiro and Brazilian publishers. Art, literature, humanities, cinema, theater, architecture and design are some of the themes that will be addressed during the meetings.

For the debut, at Friday, 5 of June, to 11 hours, no Zoom, the first meeting of the cycle will be the “Colloquium on Raffaello”, with the participation of the Italian writer Antonio Forcellino, architect, Restorer, Renaissance specialist and author of highly successful books. In the year that celebrates the 500th anniversary of the death of the painter Raffaello Sanzio, Antonio Forcellino, interviewed by the art historian and professor at USP, Jorge Coli, will present his latest book Pearl clasp. Raphael's grace. He will mediate the meeting Guido Alberto Bonomini, professor de Literatura Italiana da UFF. Those interested should register by email centro.iicrio@esteri.it or WhatsApp through the number (21) 3534.4344. 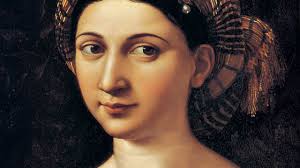 “Colloquium on Raffaello” is an achievement of Italian Cultural Institute in Rio de Janeiro, in collaboration with the National Museum of Fine Arts of Rio.

“With the series of Dialogues, we want to promote, through the encounter and exchange between Brazilian and Italian exponents of the intellectual milieu, editorial news and new cultural and artistic projects originating in Italy, with strong potential for interest to the Brazilian public. The idea is to share and stimulate experiences, aiming to intensify cultural and artistic relations between Brazil and Italy”, says Livia Raponi, Director of the Italian Institute.

In the Encounter Cycle program, the third episode of the saga The century of giants (The Century of Giants) – After The bronze horse (The bronze horse) from 2018, about Leonardo's adventures, and The marble colossus (The Marble Colossus) from 2019, sobre a figura de Michelangelo – The Pearl Clasp (The pearl clamp), published in Italy in February 2020, counts the vicissitudes of Raphael between 1513 and 1549: crucial years marked by Contrarreforma and by all a series of sudden changes - in the thought, in the conception about man, in religion - that the process of renewal of the Catholic Church brought about after the Council of Trent.

February 1519. The morning breeze spreads its breath over Rome, enveloping her in an enchanted atmosphere. Raffaello Sanzio passeia pensativo peels Via Giulia, by the Tevere River, inspired by the colors reflected in the water and the sky, that look like a lapis lazuli canvas, enriched with just a touch of violet. Agostino Chigi, the richest banker in town, summoned him to his service to paint the gallery of Villa Farnesina, a sumptuous palace in the heart of Trastevere, frequented by the most well-known artists and intellectuals living in Rome. But Rafael’s imagination isn’t just occupied by art. It's easy to get lost in the continuous party that takes place between the semi-dark alleys and the noble palaces of Rome, and he is certainly not immune to the charm of the women who animate the city: Giulia Farnese, Felicia della Rovere, Vittoria Colonna, who weave the intrigues of the time with grace and skill. However, they were not the ones that aroused Raphael's desire, but a humble and sensual girl, daughter of a baker from Trastevere: a Fornarina, depicted half-naked and lewd at a table that despises and ignites the prelates of the Holy See (translation and adaptation of “Il Fermaglio di Perla).

Historical novel, The Pearl Clasp. Raphael's grace is the result of forty years of study and intimate contact by the author Antonio Forcellino, also a restorer specialized in Renaissance art, with the works of the great masters of Renaissance Italian.

The “Colloquium on Raffaello” meeting will last approximately 1 hour and a half. 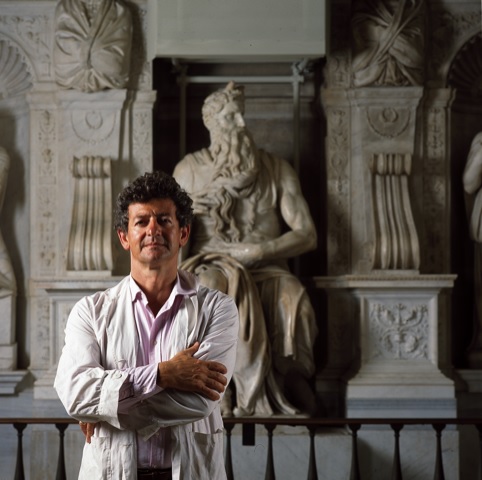 Graduated in Architecture at La Sapienza University in Rome. After studying at the Instituto Central de Restauração, began his activity as a restorer of works of art, focusing their attention on the Renaissance period. Among the most important restorations, in the field of sculpture, it is worth mentioning those of Giulio II Tomba in San Pietro in Vincoli, do not Altar Piccolomini Siena Cathedral and the Madonna de Medici em Florença, all works by Michelangelo Buonarroti. On the field of Painting, Forcellino já restaurou Facade of the Piccolomini do Pinturicchio library in Siena and os afrescos de Mattia Preti and Domenichino no Coro de S. Andrea della Valle in Rome.

From 2002, began his activity as an essayist by publishing, by Italian publisher Einaudi, the book Michelangelo Buonarroti, History of a Heretical Passion. By the publisher Laterza, already published the biographies of the greatest artists of the Renaissance. By publisher Harper and Collins just published the third episode of the trilogy, The Century of the Giants (The Century of Giants), “The Pearl Clasp. Raphael's Grace ". Currently, is involved in the restoration of the fresco “Sibille e Angeli” in the Basilica of Santa Maria della Pace in Rome, a restoration work of enormous importance since for the first time it will be possible to discriminate where Raffaello painted and where his disciples painted.

He graduated in Portuguese and Brazilian language and literature from the University of Rome “La Sapienza”. Master's degree in Applied Linguistics from the Federal University of Rio de Janeiro (UFRJ) and doctorate in Comparative Literature from Universidade Federal Fluminense (UFF). Worked as a journalist in Italy until 1997 and, since 1998, lives in Brazil in Rio de Janeiro.

Currently, is an associate professor of Italian language and literature at Universidade Federal Fluminense (UFF) of Niterói, which he joined 2002. Works mainly in the area of ​​historical-linguistic studies and medieval and Renaissance literature.

Previous: SAVE THE DATE: LoveCine Drive-In starts its schedule this Thursday
Next: BUT has virtual happy hour