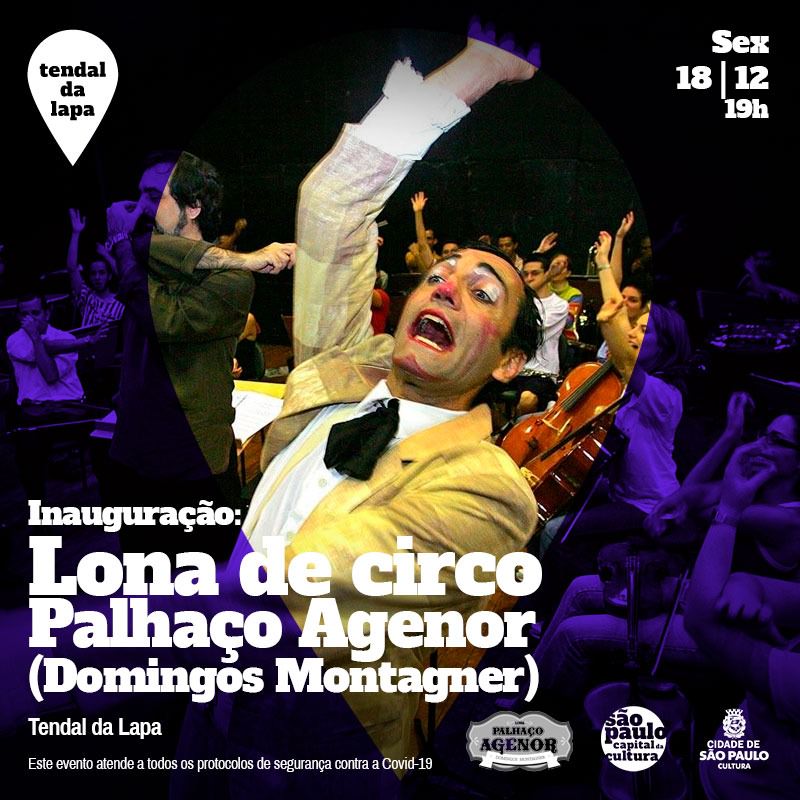 And honors the artist Domingos Montagner, giving the name of Clown Agenor to space. The canvas will receive several circus shows this weekend, that can be followed online and in person, for free.

Next Friday, 18, the Tendal da Lapa Cultural Center inaugurates its Circus Canvas with an extensive program, receiving the shows that integrate the Tendal Festival is Circus. The Canvas will be named Agenor Clown, character that Domingos Montagner has given life since 1997. Fair tribute to this great artist, who started his career in 1989 at Circo Escola Picadeiro and founded important circus companies, as La Mínima and Circo Zanni. Equipped with arena, the canvas has 200 places and has sound and light infrastructure, being able to receive small and medium sized shows.

The Inauguration Program will be attended by the Secretary of Culture Hugo Possolo, and also from Domingos riding partners, or Circo Zanni. Celebrating the diversity of artistic languages ​​understood by the circus, the Tendal Festival is Circus go on until the day 20 of december, with presentations of several circus shows. The festival is organized by Tendal da Lapa, that stands out as a pole of artistic production, in particular circus, being considered a point of reference in the city of São Paulo today to house the CAQ-LC (Qualification Center for Circus Language Support).

Because of the pandemic, the Agenor Clown Canvas will receive only 40 people per session. With this limitation, tickets must be booked in advance using the links below. Aware that it will not be possible to serve all interested parties, Tendal da Lapa will broadcast the presentations in real time on its social networks, allowing everyone to prestige through their Smartphone, Tablet, Computer or Smart TV. Just access the channels facebook.com/cctendaldalapa and facebook.comcaqlcsp 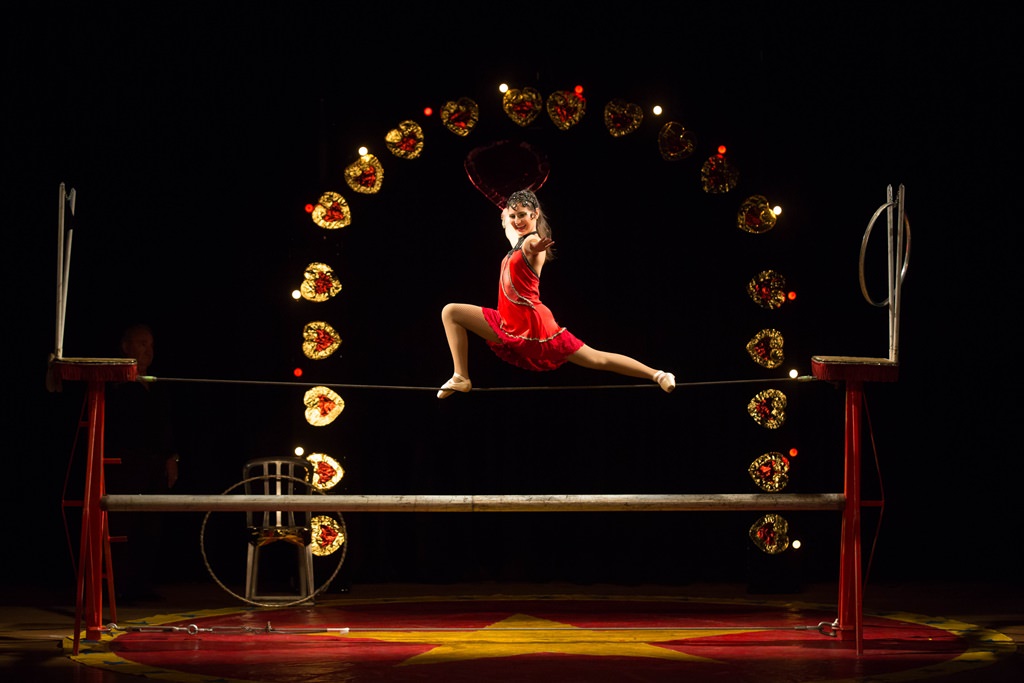 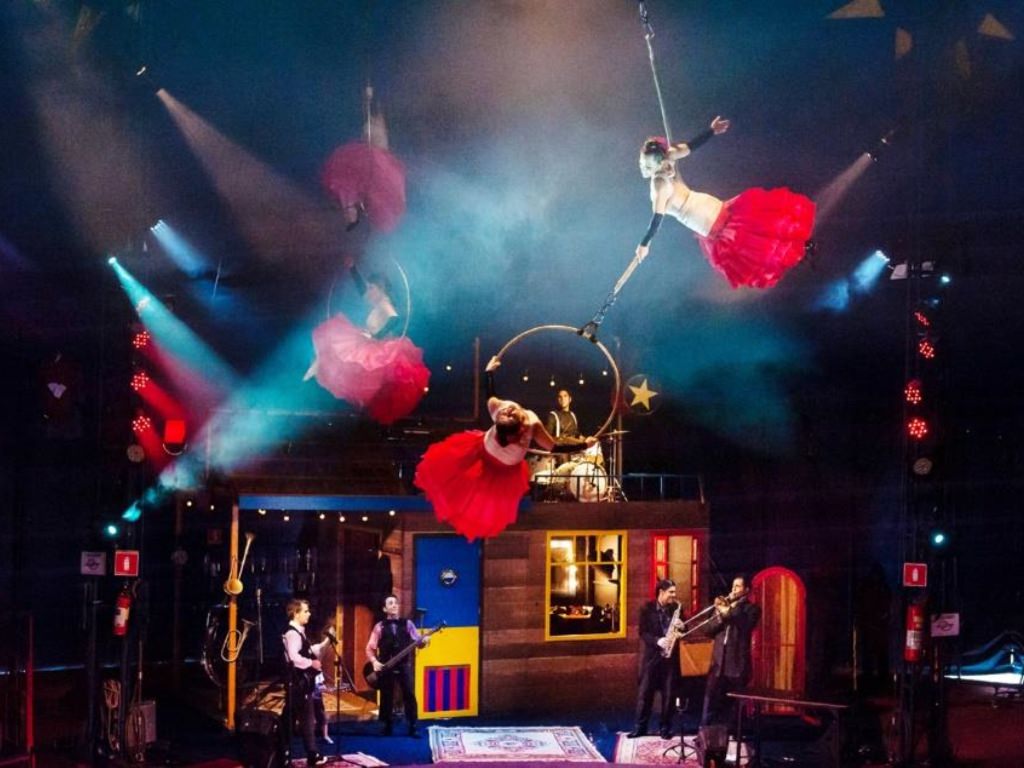 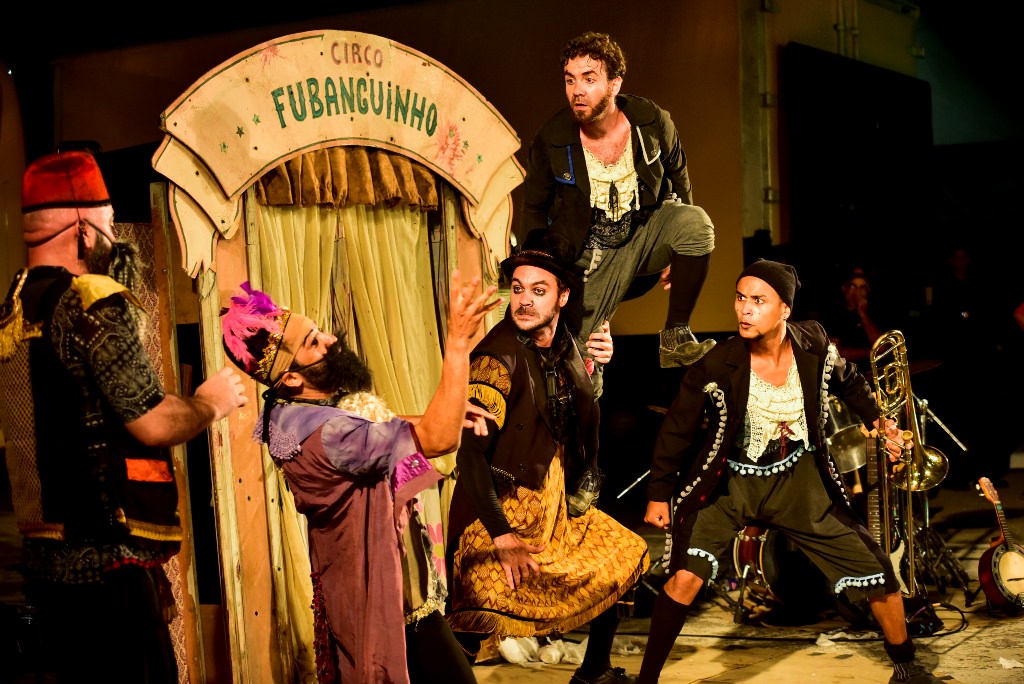 19h00 - Official inauguration with Secretary of Culture Hugo Possolo and Circo Zanni
19h30 to 20h30 Circo Zanni show – Not in person
A great variety show that brings together the best of the artists that make up the company, formed by different circus groups operating in the city of São Paulo (The minimum, Yellow Circus, Artinerant’s and Cia Barnabô).

20h00 to 20h45 Cabaré dos Pretos show – Not in person
Various numbers that mix poetry and performance skills of and artists, lots of magic and melanin in a cabaret where the African matrix roots are highlighted, an unpublished Cabaret made especially for Festival Tenda é Circo

1011:00 am to 11:00 am A La Carte Show – The minimum
– Reservation of invitations through the link forms.gle/1eeip8BZNuewvC2u9
The show pays homage to the art of the clown, presenting two characters in the same space, where reality and fantasy mix. Without a text as the basis of the narrative, the script is based on magic, circus techniques and musical numbers.

15h00 to 16h00 Circolando show – The Circus The Circus Show
– Reservation of invitations through the link forms.gle/RK6y41iqnk5hJUVs5
Directed by Ésio Magalhães, the show proposes some combinations between three virtues of circus arts: juggling, acrobatics and the comicality of circus ring clowns. Audiences savor various sensations like suspense, Comedy, romance and charm, typical of the circus scenario.

17h30 to 18h30 Show O Circo Fubanguinho -Trupe Lona Preta
– Reservation of invitations through the link forms.gle/K5DPzGBMGA1cG2tw6
Inspired by charangas, farces and hoaxes, the show brings to the scene the story of two clowns who, despite being expelled from the arena and dismissed from the troupe by the circus owner, try in every way to win back their jobs.

20h00 to 21h00 Magnific Show – Arena Circus
– Reservation of invitations through the link forms.gle/sjiVG7D1H7S6ZVs47
The troupe presents classic numbers from the circus world with a touch of luxury and modernity in its production and choreography. In scene, classic characters and numbers from the circus world, as the tightrope walker, jugglers, perchista, clowns, acrobats and contortionists.