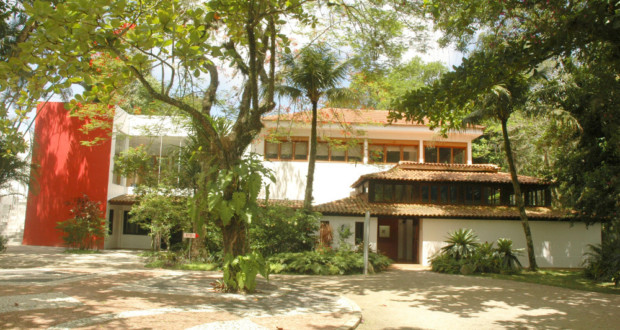 Façade of the Casa do Pontal Museum. Photo: Disclosure.

A Viva São João and other Saints party people!

A Casa do Pontal Museum features, on 23 July (Saturday), between 13h and 9:00 pm, in the format “Seminar + Party”, the event "A Viva São João and other Saints party people!”. This action is an offshoot of the temporary exhibition "pictures and Brincantes: art and performance in popular culture "-on display in the Museum Casa do Pontal, that celebrated the universe of Arts and festivals in Brazil and addressed some thematic, as performance, tangible and intangible heritage. Thus, on this occasion, We feast a few popular artistic and cultural manifestations, with space in the schedule for exchanges and experiences reflective brincantes. In June times, important milestone of the festive calendar of festivals in Brazil, We will make a special tribute to St. John and other Saints party people. The event is part of the Cultural circuit River, conceived by the City Department of culture and the city of Rio, for the cultural program of the Olympic and Paralympic periods, from May to September 2016.

Start the day, to 13h30, with the Thematic Seminar "Folk Art, Jokes and safeguard Policies ". At first the seminar, some guests, with different inserts in the fields of art and popular culture (brincantes, artists, researchers, cultural producers) will trigger a discussion on safeguard policies, from their experiences and perspectives with regard to ways of ensuring the sustainability of popular cultural events. Are confirmed the participation of: Adriana Schneider (Professor at UFRJ/Mamulengo Researcher); Christopher Keys Boy (Coordinator of the Associação Cultural Jongo da Serrinha Jongo da Serrinha); Martha Abreu (Professor UFF/Researcher Jongo); Moana Van de Beuque (Casa do Pontal Museum/Researcher Bumba-meu-boi); Toninho Canecão (Quilombo São José da Serra). The mediation will be Angela Mascelani (Casa do Pontal Museum/folk art Researcher). Then, the idea is to conduct a conversation with broad participation from the audience, so that together we can reflect on the following paths in this theme. To end the seminar, às 17h, We will launch the exhibition catalog "figures and Brincantes: art and performance in popular culture ". Places at the seminar are limited. Entries in the link: http://goo.gl/forms/TLxp8pn19bmMe5YL2

Then, from 17: 30 until 9:00 pm, We will make a Party for St. John and other Saints party people, with presentations of the following groups: Jongo Sao Jose Quilombo; Tambor de Crioula The Três Marias; Forró do Gaucho, Ox Beetle and other guests. How good camp, We will have food and drinks typical, In addition to a lush fire. We have free bus to the party, leaving the Largo do Machado 4:00 pm, with stops in Gávea and in Barra da Tijuca. Registration by form: http://goo.gl/forms/pJ6jo3niM24BvtWI3 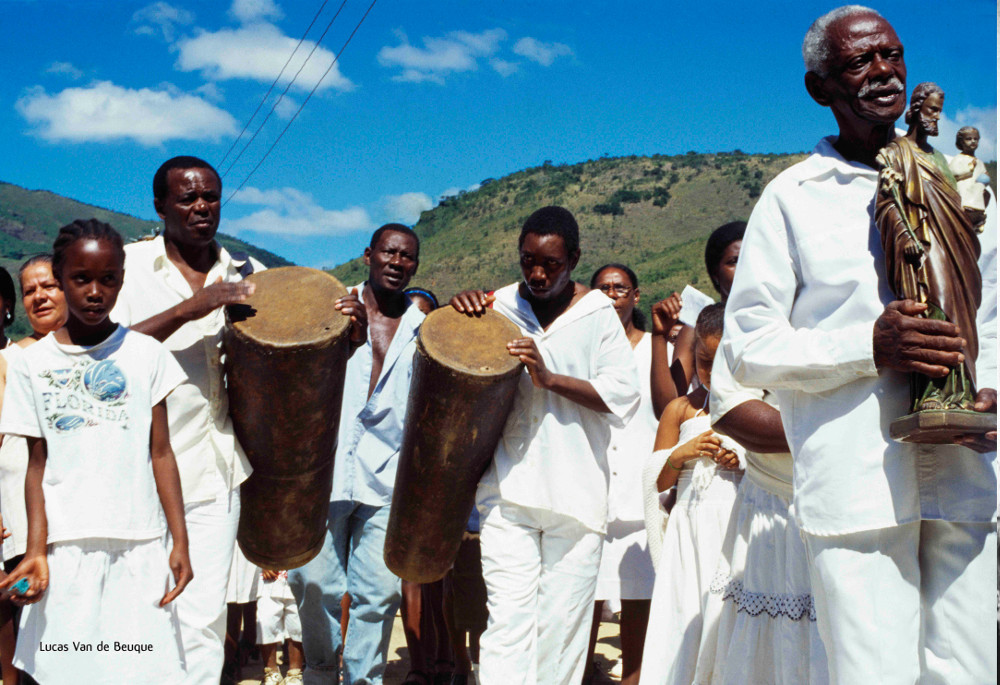 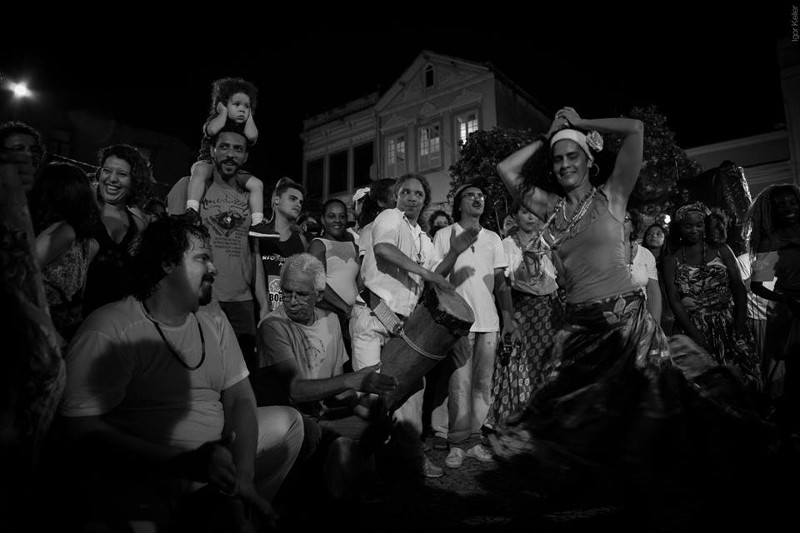 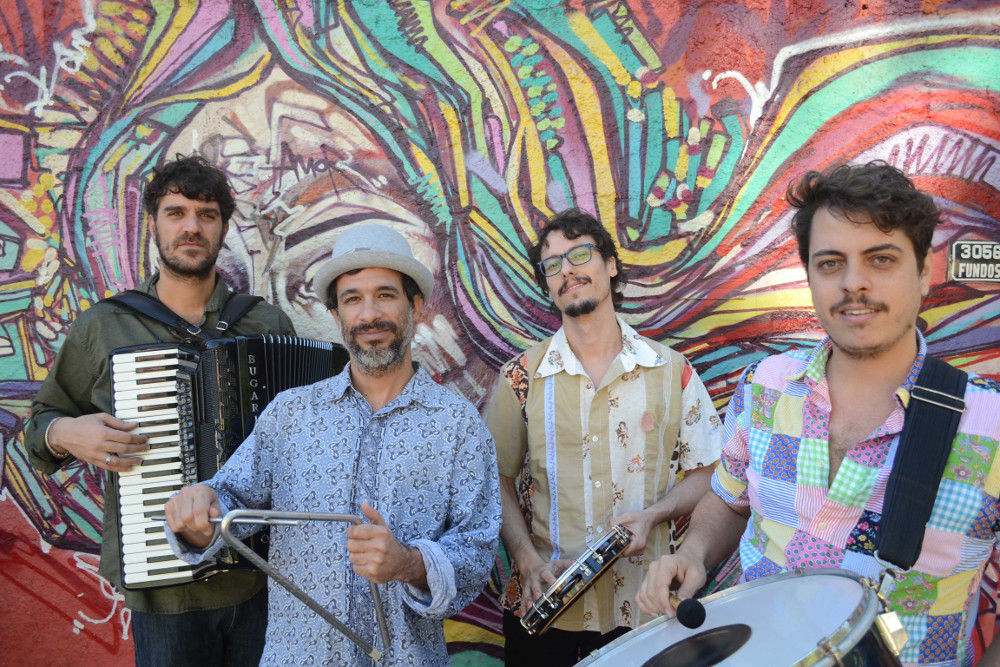 Adriana Schneider: Artist in General, actress and theatre director. Professor of the course of theater direction of UFRJ, is a member of the Group Theater rocks, Bonobando collective – Bunch of Freelancers and Artists of the movement Reacts Artist.

Christopher Keys Boy: Actress, ballerina, artist and journalist. In 2000, He founded the NGO Cultural Group Jongo da Serrinha, where exercises the Office of the Executive Coordinator. In 2006, completed a master's degree in social and cultural projects at FGV-RJ.

Moana Van de Beuque: Master in anthropology by PPGSA-UFRJ. Developed research on the Bumba-meu-boi maranhense. Is a researcher of the Museum House of the Pontal and collaborator of the PUC-Rio in the discipline of Ethnography, in the course of Design.

Toninho Canecão: Master of Jongo and President of the Association of residents of Sao Jose Quilombo, located in Valencia (RJ). Under his leadership the community won the titling of the land.

Angela Mascelani: PhD in Cultural Anthropology at PPGSA-UFRJ. Author of the books "the world of brazilian popular art" (2000) and "paths of folk art: the Jequitinhonha Valley " (2008). Is Curator and Director of the Casa do Pontal Museum.

Jongo Sao Jose Quilombo: Located in Valencia (RJ), is the oldest settlement of the State of Rio, formed around 1850. The community has its history full for several fights, among them the conquest of titling of their lands. The joke of the jongo in the community has been important in Afro-Brazilian identity affirming.

Tambor de Crioula The Três Marias: In 2002, the merger between the work of the divine and the pair Who gave rise to the Group, among other brincantes practices, those of Cacuriá and Tambor de Crioula.

Forró do Gaucho: Is a group that explores the diversity of forró and the various genres that aggregate around it; This party fit xote, xaxado, Baião, tacky, instrumental music, Coco de roda, cattle callers and whatever else the imagination allow. The accordion Quartet, zabumba, triangle and percussion also unfolds in flute and Fife.

Ox Beetle: Group dedicated to the joke of the ox, held in honor of Saint John.

17h – Release of the catalog of the exhibition and Brincantes Figures: art and performance in popular culture.

The Pontal Museum was opened in 1976 by French design Jacques Van de Beuque. Is one of the leading museums of the country and brings together the largest collection of folk art brazilian. His works tell stories and customs of the Brazilian people, result of 40 years of research and travel of Jacques by Brazil. Its collection, down by the River as the city's cultural reference, consists of more than 8.500 pieces of 216 Brazilian artists, produced in the twentieth century. The Museum has held more than 70 exhibitions partial collection in Brazil and in other 15 countries, In addition to already have been visited by thousands of students, residents and tourists.

Admired by foreign personalities like writer José Saramago, applauded by Brazilian musician Gilberto Gil and by Marta footballer, recognized as artistic and Cultural Heritage of Rio de Janeiro, the Museum Casa do Pontal is fundamental in Rio tours. Definitely a full ride, stunning and a must for adults and children.

Is considered by tourists who came to Brazil during the Confederations Cup as extremely relevant, According to a survey from the Embratur. In 2013, He was elected by the Time the third best Museum of Rio de Janeiro. Was chosen, in 2014, to represent Brazil in the Committee for the safeguarding of the Intangible Cultural Heritage of humanity by Unesco.

On 23 June this year, It was announced the start of construction of the new headquarters of the Pontal Museum, in Barra da Tijuca. The Pontal Museum will be transferred to a 14 1000 square meters in Celia Ribeiro Avenue. The city made the transfer of the site for a period of 50 years and the administration of the Museum will make the new cultural space management. During the period of works, the former headquarters will remain open to the public in the Recreio dos Bandeirantes and, during the Olympic Games, will offer different schedules for the locals and tourists who are in town, In addition to continuing promoting educational visits, exhibitions, seminars and shows.

Designed by the city of Rio, the Cultural circuit River has more than 700 attractions, selected and sponsored by means of notices of the Municipal Secretary of Culture, that will be presented in more than 100 cultural spaces scattered throughout the city, In addition to the events that happen outdoors. With plays, exhibitions, shows, dance shows, Circus attractions, culinary events, street demonstrations, evening parties, dances and the like, the Cultural circuit will make possible a River full of cultural diversity experience Carpenter.

Previous: BLACK MOTHER – memory of slavery, motherhood and feminism in exhibition in the New Contemporary Art Black
Next: CCBB Rio opens to the public "the triumph of color. The post-impressionism: masterpieces from the Musée d'Orsay and the Musée de l'Orangerie "