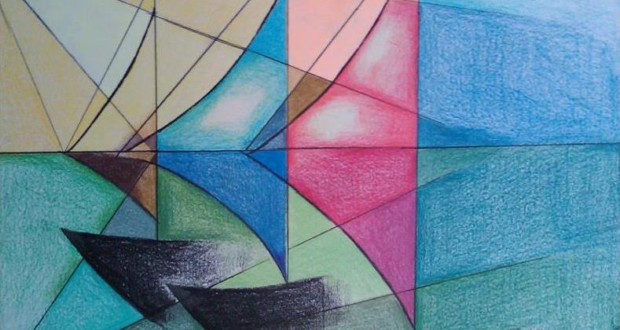 ArtWork "The Boats and the Sea" by Rosângela Vig.

The Misunderstood Art by Rosângela Vig

A Art, on the endeavor to translate the codes of reality, comes, over the centuries, modifying its features, and the way the artist describes the nature and the world where he lives. Since the Greek, the artists try to approach their models to the reality, and they considered it a model of aesthetics perfection. Though this model remained as the beauty ideal, have been causing, it was from the 19th century on, that the artists proved the Art could modify the useless idea of copying the nature. And it was from Greeks, the best definition of mimesis, as below:

“Things are not equal for everyone, at the same time and always, and each of them is not specific to each one in particular, resulting with evidence that they have for themselves some permanent reality, which it does not relate to or depend on us; don't let, therefore, drag here and there for our fantasy, but there are, naturally, by themselves and according to their own essence”. (PLATO, 1994, p.16)

For the Philosopher, the idea of copy of reality is given in a different way, as a permanent reality, to every person. For each one, the meaning, for example, a chair shall refer to a form, one color and to a different size of the same object, and therefore, the main idea, to a place to sit. Referring this thought to Art, it can be affirmed that, for the Greeks, Classical Art, although it has relation with the codes of reality, that is, even if they seem like real models of people, from the nature, nevertheless, are mere imitations of the idea of ​​the artist, who played that reality in their own way. In other words, ele used models of reality, but expressed them according to your understanding and as he saw. 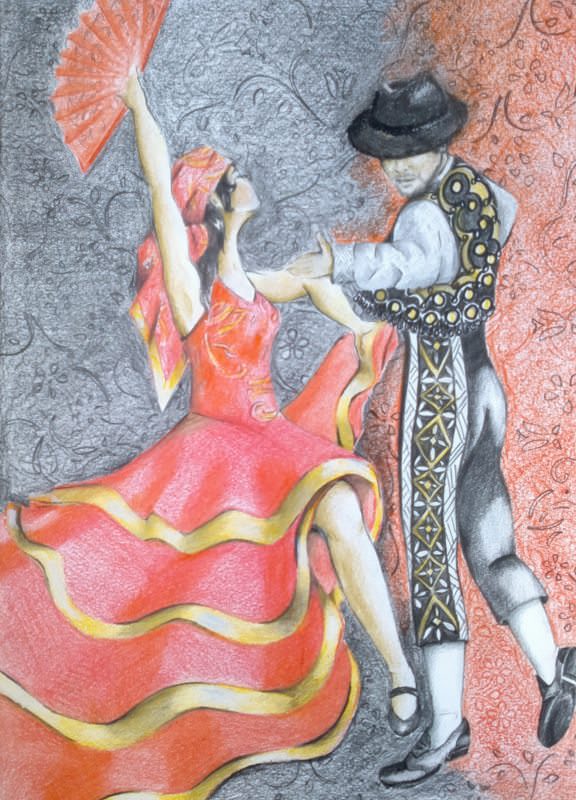 The patterns considered classics persisted long time after, until the late of XIX century, when the artistic expressions began to demonstrate, less and less, correspondence with reality. A Modern Art consolidated this paradigm, through the Vanguards, that opened a range of new ideas and thoughts, leaving the artist even more free, so that his interior was printed in his works. Then we have, from the XIX century, the Impressionism, the Expressionism and at the beginning of the 20th century, the Fauvism, the Cubism and Futurism, among other vanguards, that changed the forms of art and raised questions about beauty. The artistic work left to be molded to the classic, but it got closer and closer to the abstraction, leaving many perplexed on an Art which inverted or distorted the reality.

We can not fail to remember the great influence of the invention of photography, in the first half of the XIX century. Available only at the end of the century, there would be no need for the artist to show the reality in a work, because photography would realize that. It was at this time that the current Impressionists began, with Monet, Manet and Renoir. But the Art has evolved even further and, in the early XX century, given the uncertainties that humanity lived, Picasso caused amazement with Les Demoiselles D’Avignon. Later on, the same artist collided with Guernica, when he had the opportunity to leave clear impressions that he had, with respect to the bombing in the Spanish city of the same name. 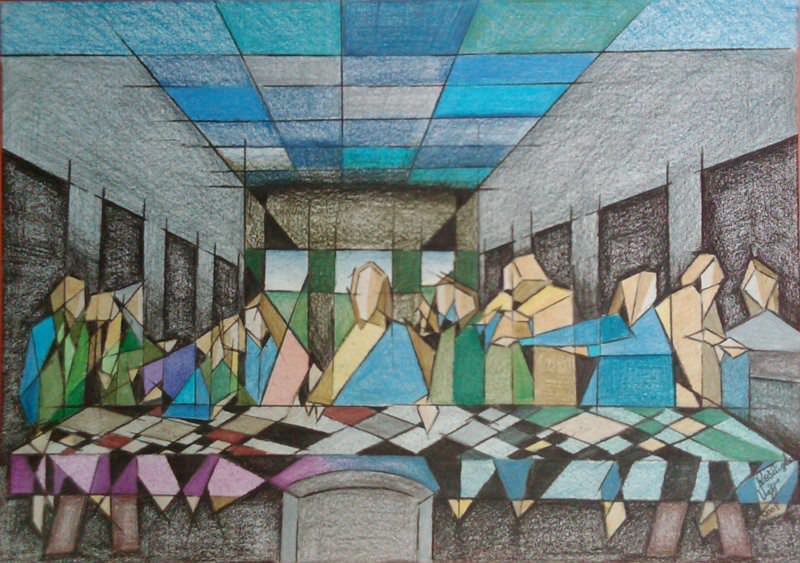 This form of expression that is distanced from reality and that created a new way of interpreting it, based on the thoughts of the artist, ceased to be beautiful, opposed to the classical idea created by the Greeks, to reverse the order of things, which, for many seemed ugly. This question of reality in Art, was interpreted by Gasset (2005, p.66), as a "difficulty of the general public to accommodate the vision to this inverted perspective". The Cubist Art, at the height of Modernism, distanced from the models of the world and it was difficult to spectator, accommodate the vision for this new standard.

It’s still necessary to remember, who, if photography could show the reality faster, the Art should then approach the thoughts of the artist, that was free to leave at his work, their linguistic codes, through drawing. It can be said that the works, from Modernism, worked with the idea of reflexion, of reasoning, to suggest that the artist thought. This, now free, could untie the ties with reality and with classical Art and would be able to drive their ideas to unlimited. 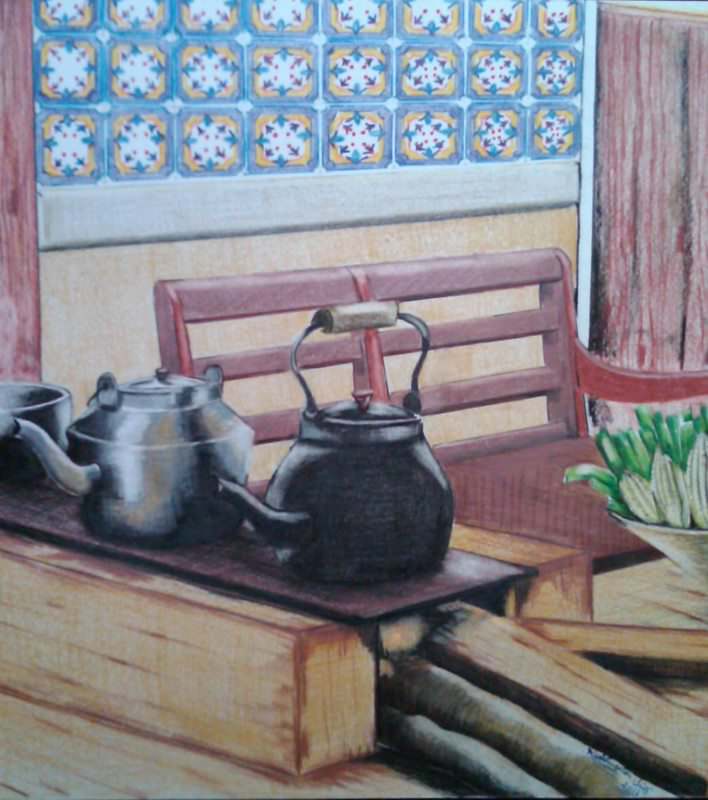 About this, already in the XVIII century, Schiller spoke about a freedom in Art, enabler of a free spirit, that lead artist and audience to unlimited, on the question of interpretation of artistic signs. This free spirit would allow a human moral development. Schiller, driver of romantic thought, had as main brand the ethics and made sure to take it to the artistic spheres. Disciple of Kant, the philosopher left as brand, the idea of ​​liberty in all its essential forms: political, social and moral, as says:

“The freedom of your spirit is untouchable for me. Your own feelings will give me the facts on which I will build; your free thought will dictate the laws according to which we should proceed” (SCHILLER, 2002, p.20)

Although the author has not known the Modern Art, his vision went beyond, with regard to the subject. This thought, although brought from the XVIII century, translates perfectly to current language of artistic events. Since Modernism, it is perceived that the traces were never so free and loose, artists no longer being tied to trends or correspondence with reality. The free spirit begins to express himself without privations of matter, abandons the reality of an aesthetic ideal that remained from the Greeks as a model. It is in this field that moral acts, as the philosopher, and the spirit, free, works with reflexion and reasoning, advances in the matter of the meanings and walks in the world of ideas. 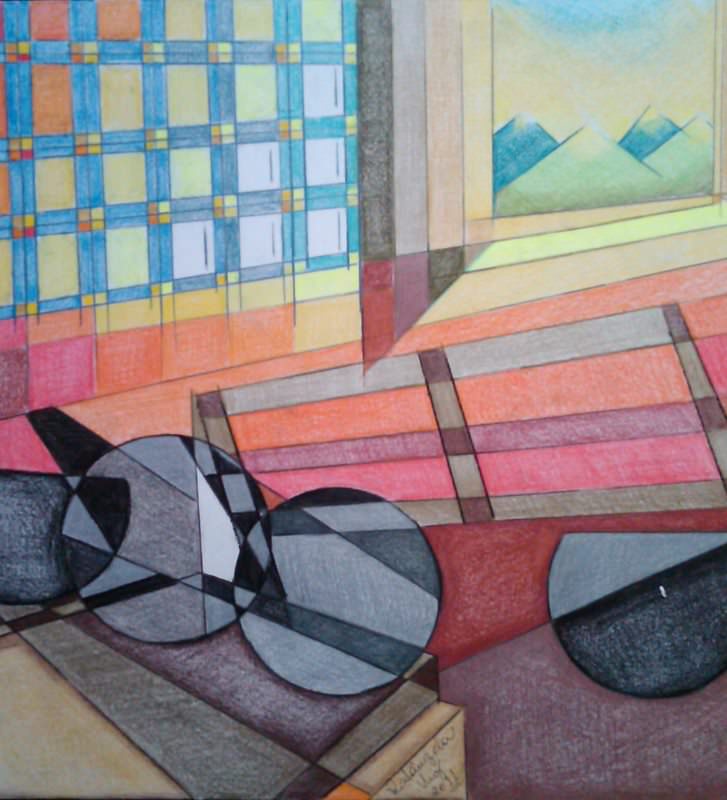 Schiller spoke in an ideal of perfection which is still current, the one who turns to what says the spirit and for freedom. Of course you can't leave aside the issue of taste of each season, but the understanding of contemporary Art strokes, suggests that the thought rises beyond, for the unlimited and for freedom. The abstract lines and geometric shapes that since the vanguards dared, suggest an understanding that goes beyond reality. Never the artist was so free to express himself and to expose his thinking. To the viewer, fits dare and also elevate his thinking, since in all, see the ethical improvement.

ArtWork “Oratories and the Sky” by Rosângela Vig.

ArtWork “The Boats and the Sea” by Rosângela Vig.