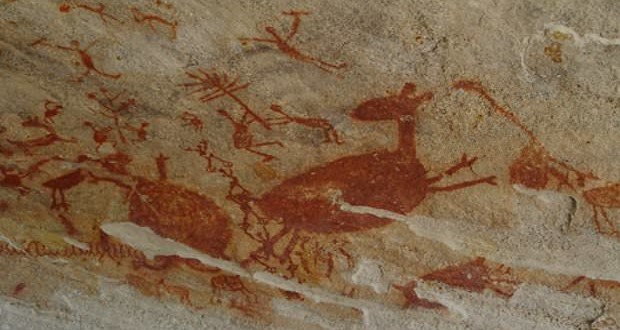 The Prehistoric Art by Rosângela Vig

Dince the beginnings, Art has been an instrument for the humanbeing to show reflections about the world and to communicate, thoughts to the contemporaries and to the later periods. The autonomy of the geniuses were ruled by aim to copy the models of nature, seen as perfect, and this, have been causing, the wonderment, and amazement through ages to the senses when gazing the articles through the beauty or the sublime Art.

While the spectator has to be delighted by the Art, the author, has the mission to carry forward his idea, to make it real and to reveal its nature to another person. It hasn’t been diferent with the prehistoric Art, which remains such as sculptures, utensils and other objects were left. The authors left more than paintings on rocks, but a relevant and unique , legacy with information on how our ancestors lived. In the field of, painting, he first records date before the writing, such as the ones in the caves of Chauvet and Lascaux, in France; in Altamira, in Spain; in the Sahara locality, Africa; and in Serra da Capivara, in the city of Raimundo Nonato, Piauí, in Brazil, not to mention other places in the world. This kind of Art, is called Cave Painting, due to the fact that it was made on the rocks, inside the, caves.

In Brazil, to Serra da Capivara Brasil, with paintings dated from 10.000 b.C., what corresponds to the Neolithic Period. Much of the sceneries describe daily activities such as hunting, fishing and group living, as seen in pictures 1 and 2. There can be seen similarities to hunting strategies, people look llike holding guns and attacking animals, which are bigger than the humanbeings. The geometry was another example of these compositions, as shown in picture 3. People are represented with adornments, some look having colored vestments decorated with parallel lines, that repeat beside. It can be seen some expression on the people, on their movements, and among them. It is bellieved that the paintings were a means of communication inside the groups, what reveals a common nature. The simplicity in style and a higher concern to the idea, less than to the mimesis lead to the conception of the ingenuous Art, which model served as the inspiration to the modern artists such as Pablo Picasso. The importance of representation can be confirmed in some pieces such as Venus of Willendorf, a 11,1 cm, from 22.000 B.C.. It has the clear appearance of a woman, whose face and arms can not be clearly seen, but her breasts, belly and genitals are bulky, what can mean a woman ready to give birth. The idea of female beauty was linked, to the fertility. 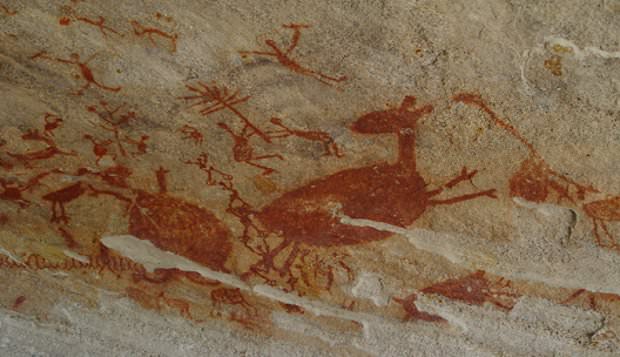 The prehistoric period showed a trial of building a complex model, still as rudimentar rehearsal. Men practiced Art for pleasure and enjoyment, they made adornment for the daily objects and portrayed their activities, what was considered as social, since they wouldn’t have practiced if it weren’t useful. In some periods they worried about symetry in their tools, carved ivory, bone or stone small statues. Schiller says that:

Then we see the rude taste go forward first to the new, surprising, multicolored, adventurous and bizarre, then to the intense and wild, and to scape more than ever from the simplicity and from the rest. It creates grotesque images, it is delighted with the abrupt passages, the opulent shapes, the giant contrasts, the glaring lights, the pathetic song. In this period, the beauty is what is exciting for him, what gives substance for him – what excites aiming his improvisation resistance, what shapes the possible creation, since it wouldn’t look beautiful even to him. To his sense, it happened, therefore, a remarkable change; he doesn’t look for the objects to affect him, but to act upon them; it doesn’t please only a need, but they answer a law that, already whispers, in his heart. (SCHILLER, 2002, p.138) 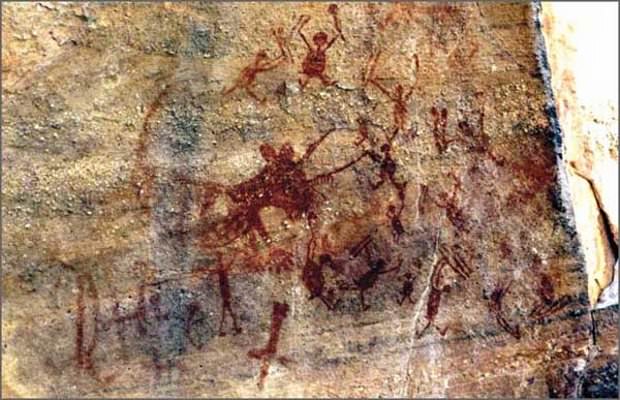 This search for an ideal of perfection has been acquiring different features and approaches since the prehistory and, in each period, the beauty has been peculiarly redesigned, representing the thoughts and the values which have been building the human culture. The feelings engendered on the aesthetic experience are guilty for the pleasant sensations that lead to the sense and to the freedom, with an idea of beauty not linked to the reality, but to the enjoyment that it can cause on the individual about his creation. His product is exciting, though it still has grotesque traces, far from the models of the world. In this case, it’s not just reading the reality, but also trying to create, to copy, to encarve and above all, building something, with the objective, of reaching, a model of perfection.

More than having objects to act upon or searching to represent an idea, the most significant meaning of Art is the possibility to carry forward thoughts and part of a history that could never e retold, as in the case of the prehistoric Art. And the Aesthetic still can have the feature of walking side by side with the Ethics, as Schiller says, since the judgement of beauty can evoke sensibility on the person, and can provoke the fullfillment and harmony on him, relaxing his character and bringing up, his ethical nature. 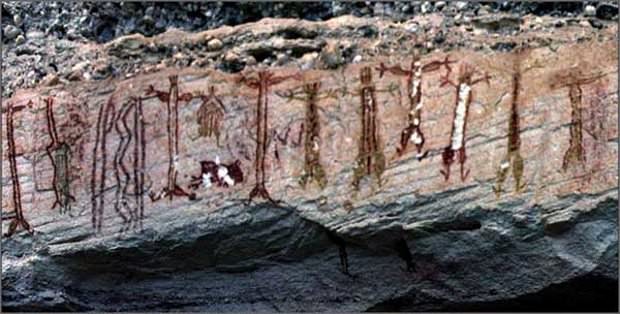 A special thanks to FUMDHAM – FUNDAÇÃO MUSEU DO HOMEM AMERICANO, in the state of Piauí – Brasil, and its Chief Executive Officer, DRA. NIÉDE GUIDON. The Fumdham, “It is a scientific entity, philanthropic, civil society (OSCIP), nonprofit, declared state and federal public utility and registered with the Conselho Nacional de Assistência Social. Was established in 1986, in São Raimundo Nonato, State of Piauí, by researchers of a binational scientific cooperation (France–Brazil). A team of scientists from different countries working in this area since 1973. The research topic defined in 1978 is The Man in the Southeast of Piauí: from Prehistory to the present day. The Man-Environment Interaction.” – Presentation FUMDHAM.

Special thanks also to the Professional Photographer and Journalist MTB 52.722, ANDRÉ PESSOA, author of the images that illustrate this article. His works can be viewed in his photo albums on Flickr, Album 1 and Album 2.

The Prehistoric Art by Rosângela Vig
You can also listen to this article in the voice of own Plastic Artist Rosângela Vig: ince the beginnings, Art has been an instrument for the humanbeing to show reflections about the world and to communicate, thoughts to the contemporaries and to the later periods. The autonomy of the geniuses were ruled by aim to copy the models of nature, seen as perfect, and this, have been causing, the wonderment, todo espanto e toda estupefação aos sentidos ante a contemplação do&hellip;