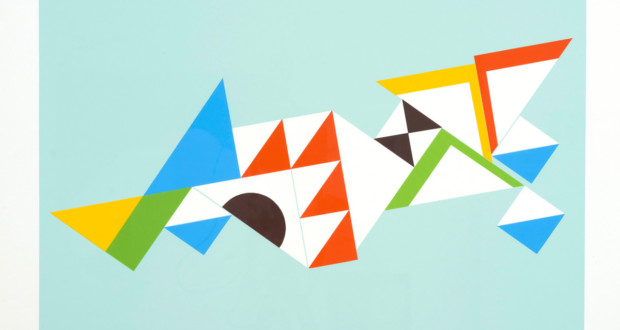 The starting point of this major traveling exhibition is Brasília, city ​​that has in its DNA the greatest expression of the poetic inventiveness honored

Athos is the Brazilianness of colors, in the unmistakable traces of drawings, in the personality of the paintings, na unforeseen logic das fotomontagens, the strength of the sets and costumes, univitelina the relationship between art and architecture, the sacred and the profane, in the explosion of Brazilian tiles. Curated by Marilia Panitz and André Severo, the exhibition "100 years of Athos Bulcão”, held by the Foundation and produced by Athos 4 Art, will go through the units of the CCBB Brasilia, Belo Horizonte, Rio de Janeiro and São Paulo, from 16 January 2018.

With the intention to propose a deep immersion in mapping and diversity of technical work and the artist, the show gives viewers the opportunity to see the process of production. Including the display of new works, more than 300 Athos jobs, much of the Foundation's assets, will present to the public a broad overview of its creation between the years 1940 and 2005, contextualizing his work and his thoughts. Moreover also artists work will be presented to, in a more direct way - living with him, in the studio and teas - or indirect - younger artists, many born in Brasilia, that recognize the influence of the master due to regular contact with his public works.

Divided into core, “100 years of Athos Bulcão"Goes beyond art tiles: also highlights the figurative painting of the artist held in year 1940 and 1950, before Brasilia. - The series of carnivals and its relation to religious painting is extraordinary - says Marilia Panitz, emphasizing that Athos used the same structure for compositional works sacred and profane, citing as an example The Life of Our Lady, which is in the Cathedral of Brasilia. The exhibition also contains sketches that Athos did for the theater group The Tablado, of Rio de Janeiro, the costumes of the opera Ahl and Visitors of the Night Menotti, modernist liturgical vestments, large collection of his graphic work and even handkerchiefs which drew when I was in Paris.

Another aspect is to display the interactivity, developed from the urban and democratic character of public work of Athos inserted in cities. Through an application created especially for the show, the public will be invited to interact and take ownership of projects. As in a game, the Athos tiles can be "placed" in any space as, for example, the home of the "player". The holding of round tables with the trustees and special guests will talk to visitors about the life and work of Athos complete the program. The first takes place on 17 December at 10 am with the presence of curators, Marilia Panitz and André Severo, Valeria Cabral, Executive Secretary of the Foundation Athos, as well as several artists from Brasilia scene. 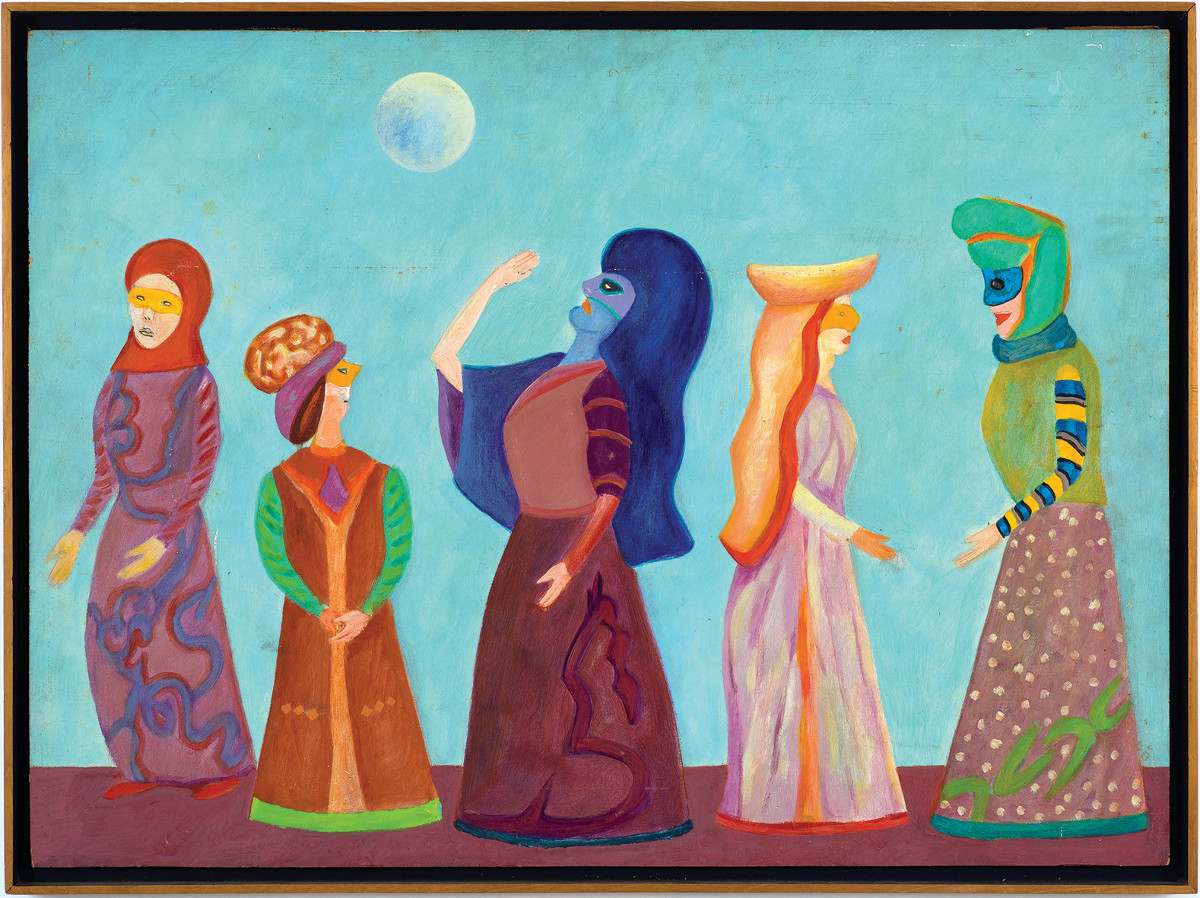 - combining the chronological biased the thematic approach, “100 years of Athos Bulcão"Bets on bonds, more or less evident, between different moments in the artist's trajectory and is structured from nuclei of works and studies that interpenetrate each other and make evident the conceptual and material diversity that permeates all of Athos Bulcão's work – says André Severo.

The works of Core 1 - Fantasy color, They have character figurative, what is less known, on the set of his creation. With simplified figures and a particular palette, where pure colors and earth tones predominate, the imaginary universe of the artist, formally approaches the profane parties with religious images produced, still in the early 1960, to Brasilia Cathedral. In this core are also the liturgical vestments and projects to panels and church windows, produced by photographer, as well as drawings made at the end of his life when the carnival theme that appears as ancestral memory, reappears.

The photomontages are a unique moment in the work of Athos. On Core 2 - Daydreaming in black and white, they point to certain tax thinking of surrealist trials and in a constructive component present in the unfolding of the experience of the Bauhaus. It is also a use of what offset the improvement and magazines allowed. Here you can identify the mastery of composition associated with a bias of humor. In addition to the Photomontage belonging to the collection of the Foundation Athos, will be displayed for the first time the collages that gave rise to them – all belonging to a private collection. 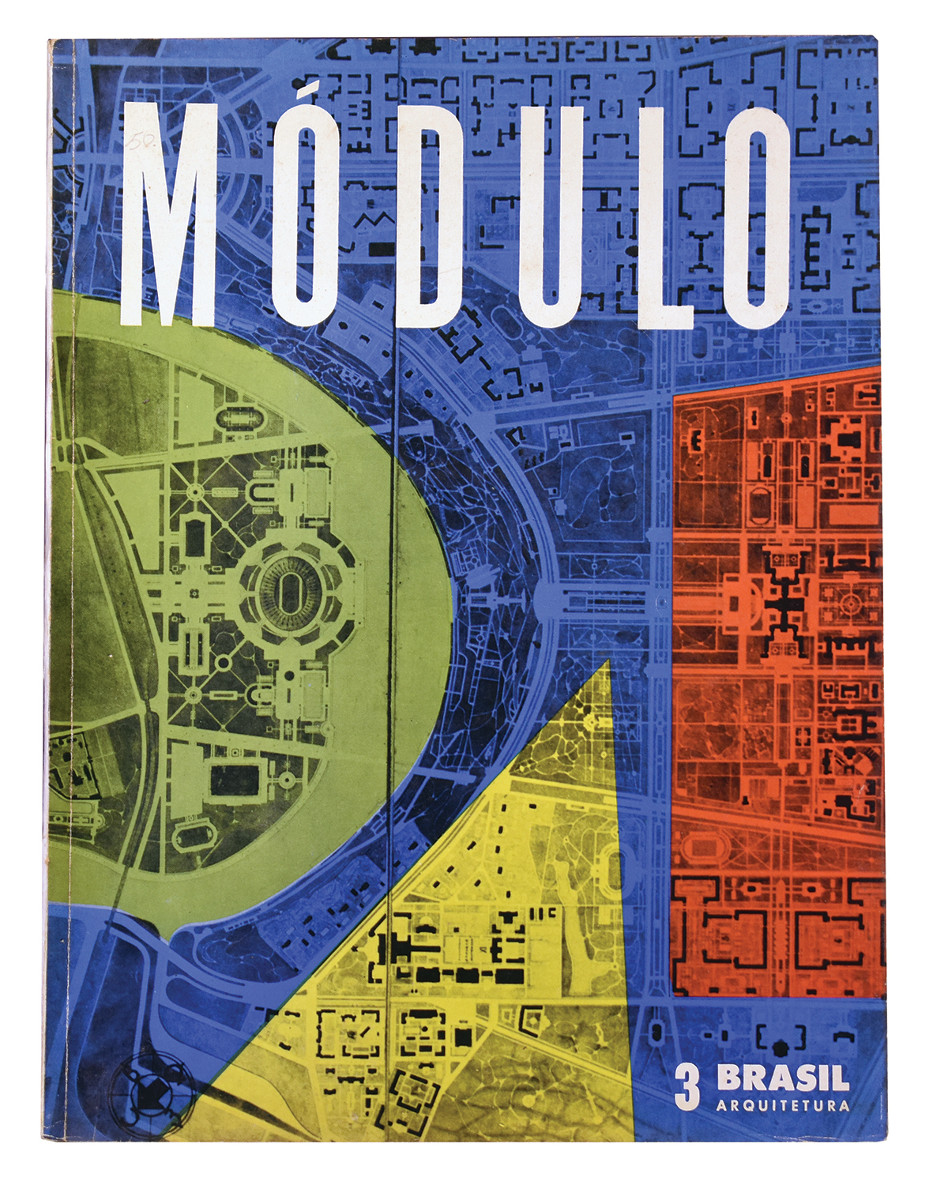 At the opening of the Core 3 -It's all fake, the artist holding a mask that is the reproduction of another, ancestor. The title of the core takes a line of Athos that questioned the idea of originality and, therefore, the false, like other contemporary artists. Next to these "paintings" are paintings, prints and drawings around the same theme of imaginary anthropological documentation. Are still present some of the animals - collection of sculptures created on a small scale, manner of imaginary beings Borges and then built larger for children at Sarah Network of Hospitals for the locomotor system.

On Core 4 - The geometry and poetry, It can be seen further Athos great colorist and his color palette. There's, a triptych which houses all three biases this group of pictorial works developed between the late 1960 and the years 1990: masks, that almost undid figuration; the combination of square cutouts that were scattered on the monochrome background; and textures with small circles, points, crosses, almost private ideograms created by artist, that spread across the screen surface and define, subtly, forms that seem unstable giving to see and disappearing under the eye of the beholder. In dialogue with the screens, studies are placed tile panels, drawings and engravings that show the conceptual relationship in several trials: coherence and diversity.

A Core 5 - The reinvented form and manner of use brings together the experiences of the artist in various fields as his covers of magazines and books, Newspaper illustrations, stamping designs in scarves and album covers. Also featured are his forays into theater - especially, with the group The Tablado, Aníbal Machado - where he was a set designer and costume designer, as well as parts of programs of designer. You can still find their designs for furniture made in private homes, as well as in Sarah Network. It is a good time to reflect how, from a clear aesthetic and conceptual proposal, the artist ventures in other fields to make.

A Core 6 - Construction / Mounts: the invention of a way of integrating the art architectural It is the largest core shows. It comprises the works of this integration that is known in Brasilia more massively, but also in many cities in Brazil and abroad. Here you can see the master method, its accuracy and its openness to the surprise, for the unexpected, that keep his work with a perennial freshness.

In the manner of a game, the visitor is invited to interact and take ownership of tile panels projects (mark most of his work). The proposed exercise in Core 7 - Interact with Athos, make the city, is that, through an application developed especially for this purpose, and reproduction of images projected on the gallery's back wall, the player can experience the Athos tile of your choice on the surfaces of your home, for example, or a chosen building inside the images repertoire offered by the game.

A Core 8 - Traces of Athos It is the work of the present teachings and Athos, as an influence on the work of contemporary artists. Here, visitors can check out works by some artists who recognize somehow the presence of Athos in his poetic and next to one another, Athos, that corresponds to this zone of influence. 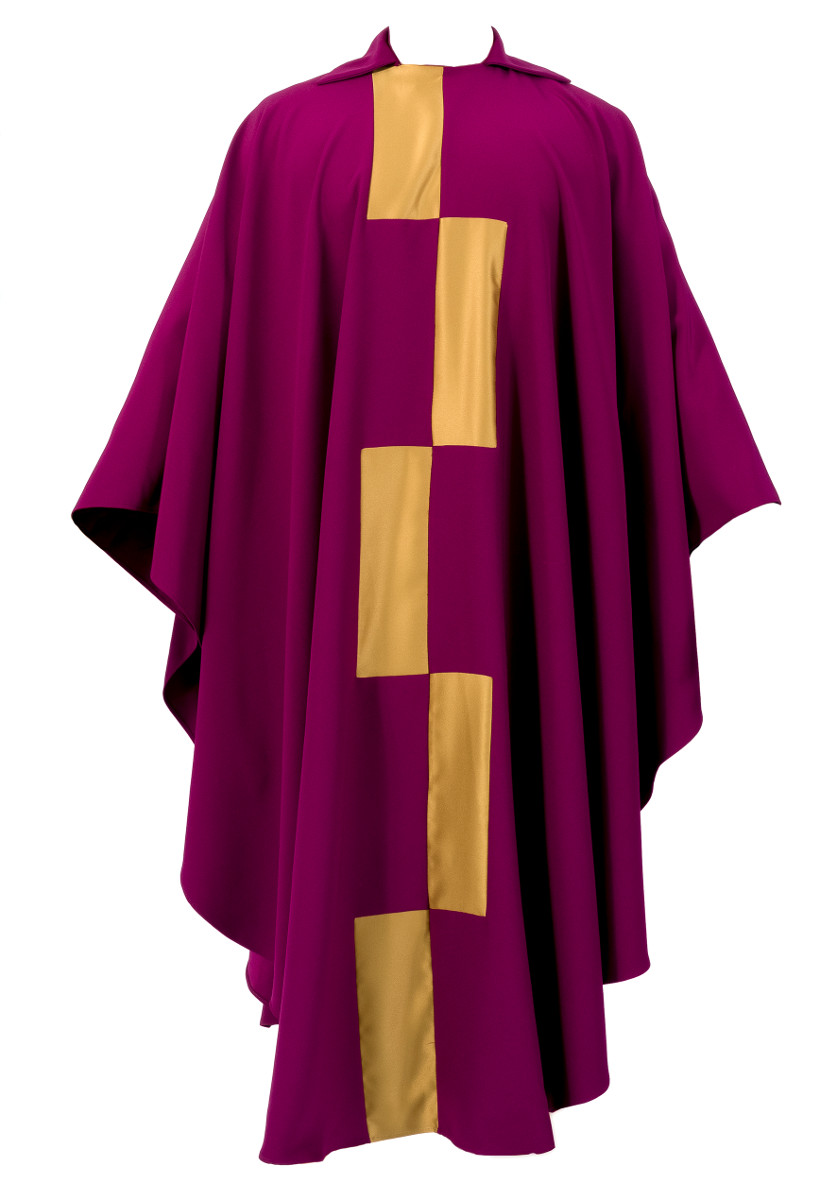 Throughout the show we can see the playback scale of some of the acoustic reliefs that were developed by artist, just as some partitions used in many public buildings, whose originality and functionality are brand work, unprecedented, integration between art and architecture proposed by Athos.

On outer space (conservatory and gardens), three cubes, with vertical faces coated with twelve patterns of tiles held in buildings scattered across several cities in Brazil and the world, such as, embassies, public buildings etc.. Coverage in a generous size and performed with real material allows the audience to experience from melee with the panels and also provides adventure to document the imaginary voyages by the various places where are his works, with a single click.

Beyond chronology, and exhibition contextualizes the trajectory of Athos Bulcão, the connection between his works and a densification in your poetry. You can view your way in Brazil and abroad, since its initial inspiration for the Portuguese tiles, learning about your use of colors, when it was assistant Portinari, to the enduring genius and partnerships with Niemeyer and João Filgueiras Lima, the Lele. - For us, we disclose and preserve his legacy, It is always a joy to honor the talent of this discreet man, especially concerned to harmonize and compose the architect's work in integrating his art, but also enlarges when involved in screens, paints and brushes, producing one of the most outstanding repertoire of Brazilian art - says Valeria Cabral, Executive Secretary of the Foundation Athos.

This tribute to Athos wants to rescue the individual value of this unique art that has been produced in Brazil, its importance in the panorama of modern visuality, beyond recovery, recognition for the maintenance of national memory.