Home / Art / After performing at sea, Aline Guimarães enters the forest in a play directed by Álamo Facó 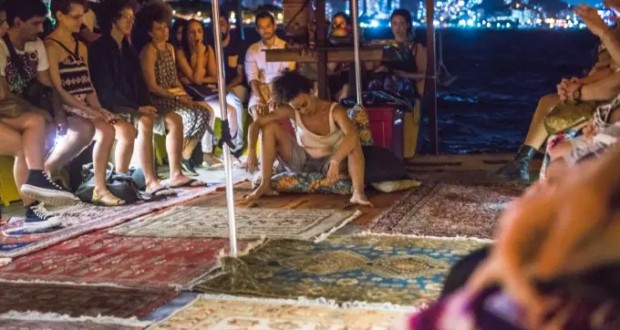 After performing at sea, Aline Guimarães enters the forest in a play directed by Álamo Facó

Performance will be held at Parque Lage

The play “Everything Rocks Because God Dances”, inspired by a work written by Aline Guimarães com o mesmo nome, already dragged the audience to the high seas and now the author will drag the spectators to a forest in Rio de Janeiro with "MATADENTRO", another performance inspired by a book with the same title. Também dirigida por Álamo Phaco, the presentation will be held at Parque Lage and will include percussion of a trail through the environment.

In 2017 the pair took the spectators to watch the presentation by means of a boat that sailed through the waters of Guanabara Bay. At the same time, the presence of the Paul of the Fulniô Tribe strengthened the certainty that it was in the forgotten beauties of the city that the next performances would take place. The Pajé delivered the Aline Guimarães the talking stick, and there she won the right to echo the Amerindian fighting cries.

With average of 15 to 20 minutes of trail through the forest and 40 minutes of presentation, "MATADENTRO" will welcome everyone with a flashlight and present the songs and stories of old memories of the place to the public.

Aline Guimarães já trabalhou nos filmes S.O.S Mulheres ao Mar 2 (2015), Amor.com (2017), Drop-dead gorgeous (2015) and among other projects. Your book that inspired this new piece is a release that will soon be available in Brazilian bookstores.

"MATADENTRO" tem previsão de lançamento para setembro de 2021 and all presentations will be recorded for the viewer to watch later. 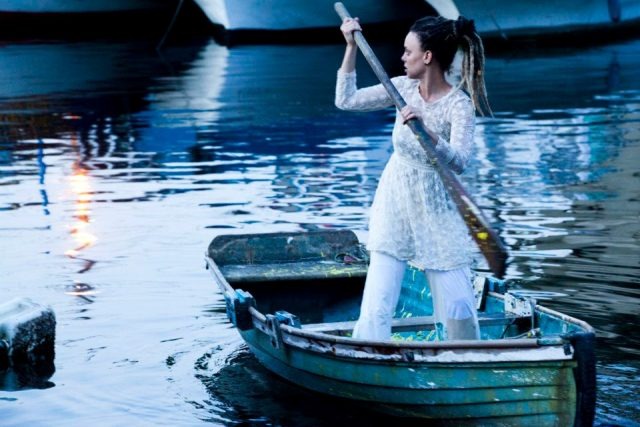 Previous: Tips and ideas for bathroom decor with mirrors
Next: Meet the first Brazilian music video that uses Deepfake technology throughout the clip