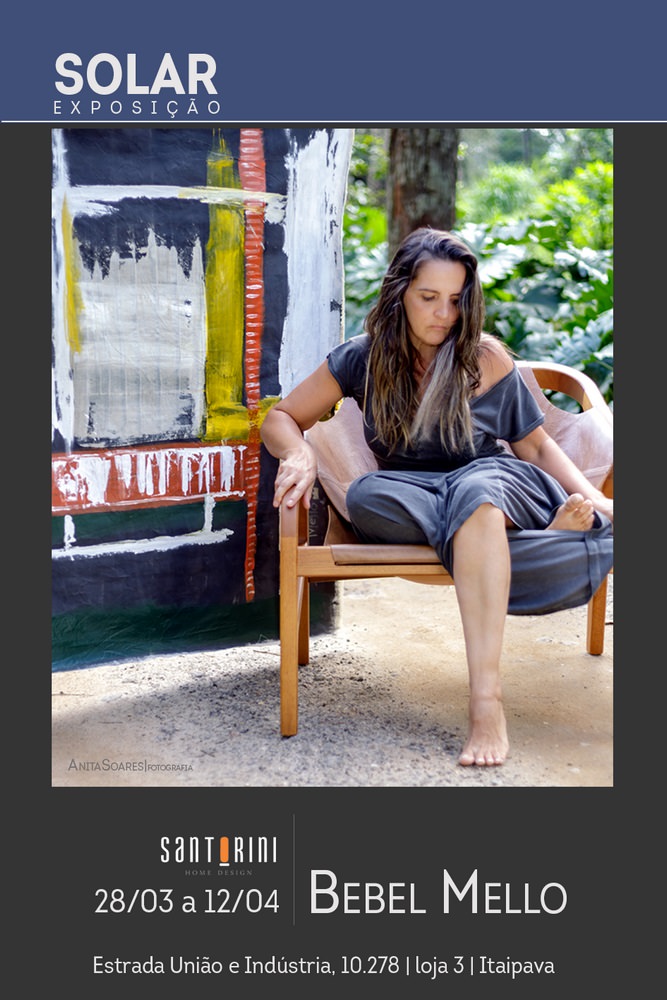 Energy. This is the word that translates Solar display name, the artist Bebel Mello, which is on display in Santorini Home Design, in Itaipava (Petrópolis-RJ), between days 28 March and 12 April this year. The show brings together about fifteen works produced since 2014. "The passage of time has made me review priorities and move a lot with my head. I decided to return to paint what I want, what comes from the heart. Skip emotion to the screen and make you feel ", reveals.

in the tables, full size general, she works with abstract lines that draw attention by the multiplicity of colors and shapes. "I like a lot of freedom to paint, so do not usually take me to forms, drawings and specific lines, or materials. I'm shortsighted and so I usually opt for acrylic. The oil paint is dry to wait. Large screens are a strong feature of my work. I like the huge, I never painted a small screen ", says. Be with acrylic paint or occasional inserts in oil, fact is that Bebel Mello is those people who exudes talent by hands. His training began as a child, at the age of six, in his mother's pottery studio. "There are about thirty, Itaipava was the land of pottery and had a huge variety. My mother was a potter, and for me to be quiet she gave me a piece to paint. When I was about thirteen years, painted pottery live in Raul Leoni Culture Center, during a school fair Sérgio Ribeiro da Rocha ". Since then, Bebel found many ways to his art, through the ceramic and to the creation in upholstery.

Working with screens rose to prominence in his career from the encouragement of Cynthia White plastic surgery, deceased. "In her clinic today is my work. As we mature, knowing new techniques, researching, the work also develops and evolves. Usually I do everything alone and rarely ask opinion during the process, only after ready. When I ask opinion it is because I was in doubt about any screen, and I end up moving it several times ", account Bebel, who has participated as an artist four Winter Festival editions of the SESC and, in 2013, appeared in the magazine Casa Vogue, with a work displayed in the Master House. 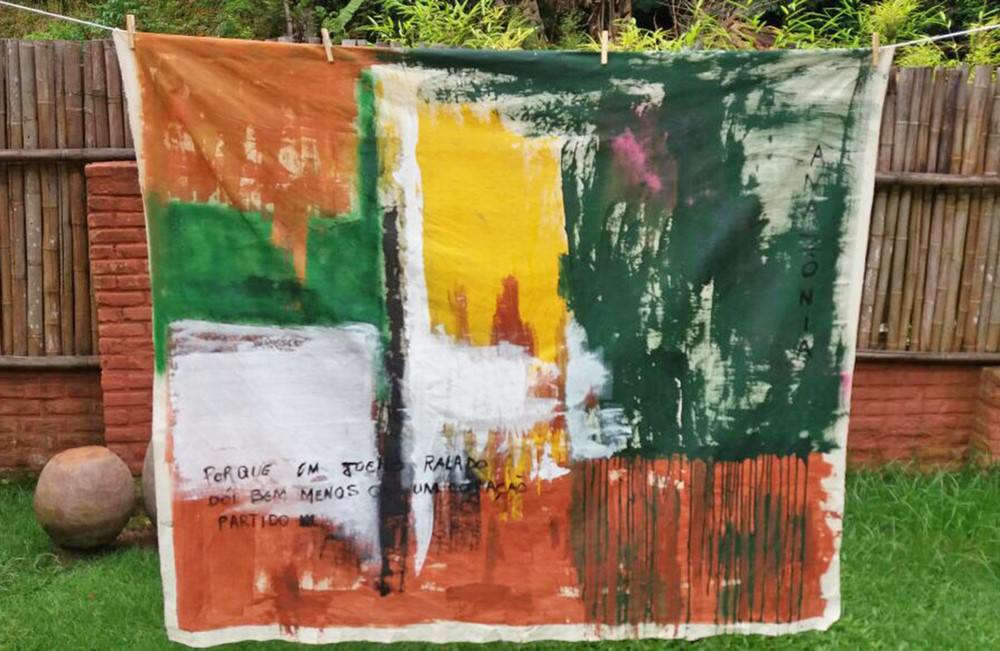 "People ask me what I think when I am painting. I reply that I do not think anything. My daughter says it's a kind of trance. It is an interesting process and rather curious. Despite the abstract work, I have heard many people seeing objects and human figures in my paintings. It's a lot of energy, hence the name: Solar.”, concludes.