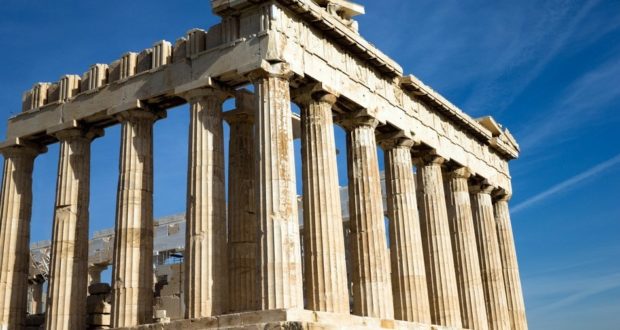 Since I have questions and there are no answers, I’ll keep on writing.

First of all was born Chaos, and then
Wide breasted Gaia (Earth), to be the absolutely secure foundation (safe) (…)
From Chaos was born Erebos, the black one and Night.
From Night again Aither and Day,
When Night conceived them and bore them. Mingling in love with Erebos.
But Gaia gave birth too ne equal to herself
Strong Ouranos (Heaven) in order that he might cover her completely, And be an absolutely secure seat. For the blessed gods (…)
(HESÍODO, 2006, p.109, v. 116 to 128)

A he Art was built, shaped and from a History; since a humanbeing, was inebriated by the colors and the shapes of the world., He took a chance on the field of the aesthetic, trying to imitate what he saw. With the resources of his time, he took the risk on Art, to delight the viewers and to awaken sensations and feelings to the world. There is a narrative of the humankind on the evolution of his trace, including, the pleasures and the anxieties for life. At the same time, the ability to judge what is Beautiful has been changing over the ages, and it was in the Ancient Greece that the first discussions on this matter started. On the height of the culture of this people there were political, intelectual and artistic, activities that left an important legacy to the western culture.

The Greek culture extended from the VII, B.C.. up to the V, B.C.. what was considered the archaic period, and from the V, B.C.. up to the IV A.C., considered the classic period. The Greek cities were built between the XII and X B.C. centuries, they were poor communities, in the beginning, which enriched and developed. These cities had contact with the Egyptian culture, which served as an inspiration.

The Egyptian influence was evident in the symmetric and in the proportional features of the sculptures of people in the archaic period of Greece, but, disengaged from the religious character, the sculptor could work freer, and modify the appearance of rigidity and immobility of the work. In the VI B.C.. and V B.C. centuries, the artists carved marble, male figures, naked, and in front position, showing clear symmetry. The movement was suggested by the position and by the gestures of the head and of the limbs, what gave an unaffected appearance to the works, such as The Discobolus of Myron. There was a standard called the Kanon of Polykleitos, written by the sculptor Polykleitos, that established the right proportions of the human body. The themes of the works, were usually the Olympic Games and the daily scenes. In the IV century, Alexander the Great, the son of the king of Macedon, kept the conquest of his father over Greece and expanded it, over Persia and Egypt. The culture developed after his death, was considered the Hellenistic, due to Greece be known as Helade. During this period, started, being carved,, naked or half-naked at this time (Fig. 1). The Kanon of Polykleitos was still used as a pattern, for the symetry and the relaxation position of the sculptures, which could also express feelings.

Fig. 1 -Venus de Milo, since it was found in the isle of Melos. Greek statue from the 1st century B.C.. It is a probable imitation of a work of the IV century B.C. , Paris, Louvre. Photo of Paolo Gallo Modena. Greek art.

Some artists of the Classic Greece found the Beauty, on the architectural shapes, The temples were built on a three stairs basis and the most important quality was the symetry between the entrance and the back porch. although the Greek art had no religious purposes, the temples were built to protect the sculptures of Gods, from the rain and from the sun. There were two main structural models: The Doric Order, such as The Parthenon (Fig. 2), built in honor of the Goddess Athena, with thicker columns, positioned on the upper stairs; and the Ionic Order, with thinner columns, positioned on decorated stairs. The influence of the Greek architecture is clear, in the Lincoln Memorial building, in the United States, built between 1914 and 1922 in a Doric style, projected by Henry Bacon, in honor of Abraham Lincoln.

Due to the, weakness of the materials, there is not much left of the Greek painting, except for some murals and tombs from the IV and III centuries B.C., on the other hand, a large amount of paintings on pottery still remains. In the VI century B.C., the vases and amphoras used in religious rituals, served also to store wine, water and food, but due to their beauty, they were used as decorative objects too. The artisan first painted them, in black, hen he removed the paint, to form the drawings. Exekias was considered the great painter of these figures and his disciple, Euthymides, improved this method, by painting the figures inside. The introduction of depth on the painting was a very important step of this period, and it could be noticed by the position of the people on the images of the objects. 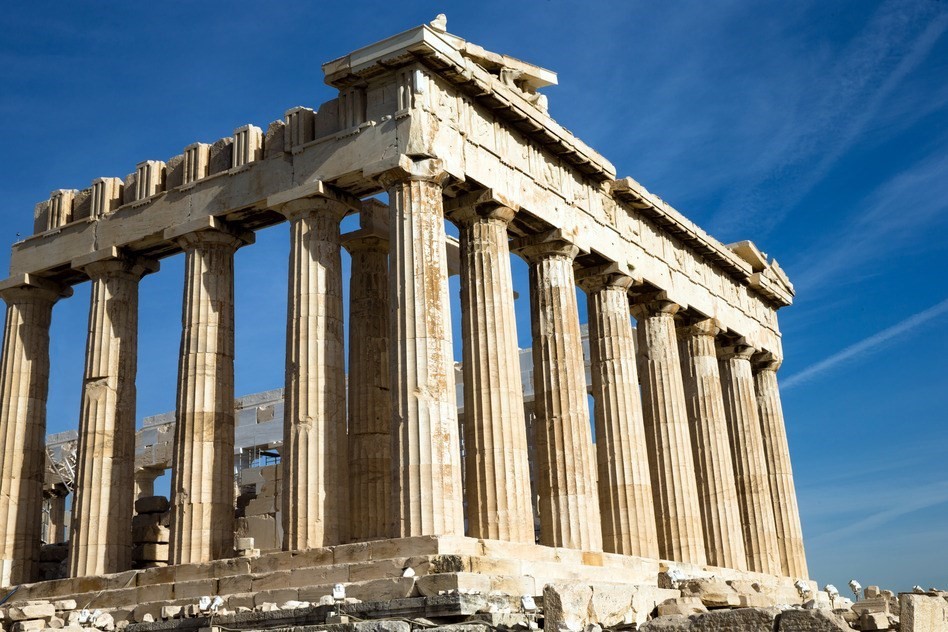 In order to explain the world, the Greek used their Phylosophy, which served as basis for the thought of the later periods. In this field, some of them such as Aristotle (384 – 323 b.C.) and Plato (428 – 347 b.C.), built important reflections in many areas. On the, field of Arts, Plato raised important concepts, about the Beauty. According to him, Plato, the Beauty was represented by the mimesis that means the accurate imitation of nature, in geometry, proportion and colors, and the final product could be like the model. This way, even the Divine Creation was an imitation of the true nature of the world of ideas. The artist doesn’t reach the idea; he tries to be as a mirror that reflects the sensible world, and thus he deals with the appearance only, that is, image of the real. The art of the imitation is, as an obstacle for the search of Beauty, since it invites the person to remain in the sensible world that it copies. It is an objective and sensualistic Art. Aristotle, on the other hand, believed that the Beauty was inherent in the humanbeing, since, the Art was created by the humanbeings and, it could, not be apart from what is sensible to humanbeing. The Beauty of a work of Art is attributed to criteria such as proportion, symetry and order, everything in a right measure. For the Greek, the uppermost values were the Beauty, the Good and the True.

Even if it is commented about the Classic legacy of the Ancient Greece, and their contribution to the Art and to the Western thoughts; and even if people study the several areas of the Greek culture, and their way to understand the world, it would be a scarce content, compared to the remarkable importance of their culture. It is even possible to say that

The genius is but the recovered childhood at will; childhood now gifted, to express itself, with the faculties of manhood and with the analytic mind that allows him to give order to the heap of unwittingly hoarded material. It is the deep and happy curiosity that stares facing the new, whatever it is. (…) (BAUDELAIRE, 2007, p.19).

Many centuries after the Greek, Baudelaire (1821-1867), the greatest Art critic of his time, dared to write how the artist sees the world artist sees the world. And it certainly couldn’t be different, The artist is like a child delighted by the world around him, his fascination exeeds and his work is subjected to it and to his emotions. Maybe the perfection, the symetry and the proportion was, the aim of th Greek, but above all things they showed an unspeakable astonishment for everything around them. Maybe the Greek were left more time, to contemplate the world; what is unworkable, for the contemporary men, for many reasons. And at the same time that the contemporaneity has technologically improved, it is carrying away our moments of delight. And to think,

Suddenly, we discover that existing could be a much more intense, interesting and genuine experience than that absent minded routine to which our senses have become hardened. (CALVINO, 1993, P.241)

Fig. 1 – Venus of Milo, since it was found in the isle of Melos. Greek statue from the 1st century B.C.. It is a probable imitation of a work of the IV century B.C. , Paris, Louvre. Photo of Paolo Gallo Modena.

Previous: Drawings to Color
Next: Supakitch & Koralie, a Video by Damien elroy Vignaux [Paths of Fantasy]