Show of Clarice Niskier talks about the rapprochement of families during the pandemic, of solidarity in the midst of losses and the birth of great friendships

the actress and author Clarice Niskier, that in 2021 celebrates 40 year career, star on stage at Centro Cultural Banco do Brasil Brasília “Campaign Heart”. The play continues Clarice's partnership with Amir Haddad, once again director supervisor. The successful 'marriage' began almost 15 years with the premiere of “The Immoral Soul” (14 uninterrupted years on display), and followed with "The List" and "Hope in the Ping Pong Gum Box".

With the arrival of the coronavirus pandemic, bringing changes and aggravating old problems, one issue drew special attention from Clarice Niskier – the rise of domestic violence. The subject awoke in the actress the urgency of making a counterpoint and talking about the families who became closer, of the couples who started to help each other; the importance of solidarity in the midst of so many losses, from the birth of loving friendships.

The project, sponsored by Banco do Brasil, is on display in CCBB Brasilia Theater from 13 august to 5 September, from Thursday to Sunday, at 8:0 pm, days 21 and 22 August, at 4:30 pm, and extra sessions on the last two weekends, days 28 and 29 of August and 4 and 5 September, at 4:30 pm. Tickets for sale in www.eventim.com.br and cost R$ 30 (entire) e R$ 15 (half). Access the show's program and more information at coracaodecampanha.com

From Clarice's reflections was born the text that presents a couple surprised by the quarantine, in full crisis and imminent separation. They don't run away from conflicts, and this confrontation leads to a renewing silence – both don't want to be “right” anymore, but finding solutions to the problems that have crystallized over time.

“I started to write intuitively, no worries, like a diary. Short talks about the world, the situation of the planet, the indoor experience, with the family, all interconnected. I invited Isio [Ghelman, actor] to read with me through Zoom the opening scenes. We were impacted by reading. We felt that it was 'samba'. From there I decided to write a theater play. There are dozens of short scenes, interspersed with music and silence", Clarice account. 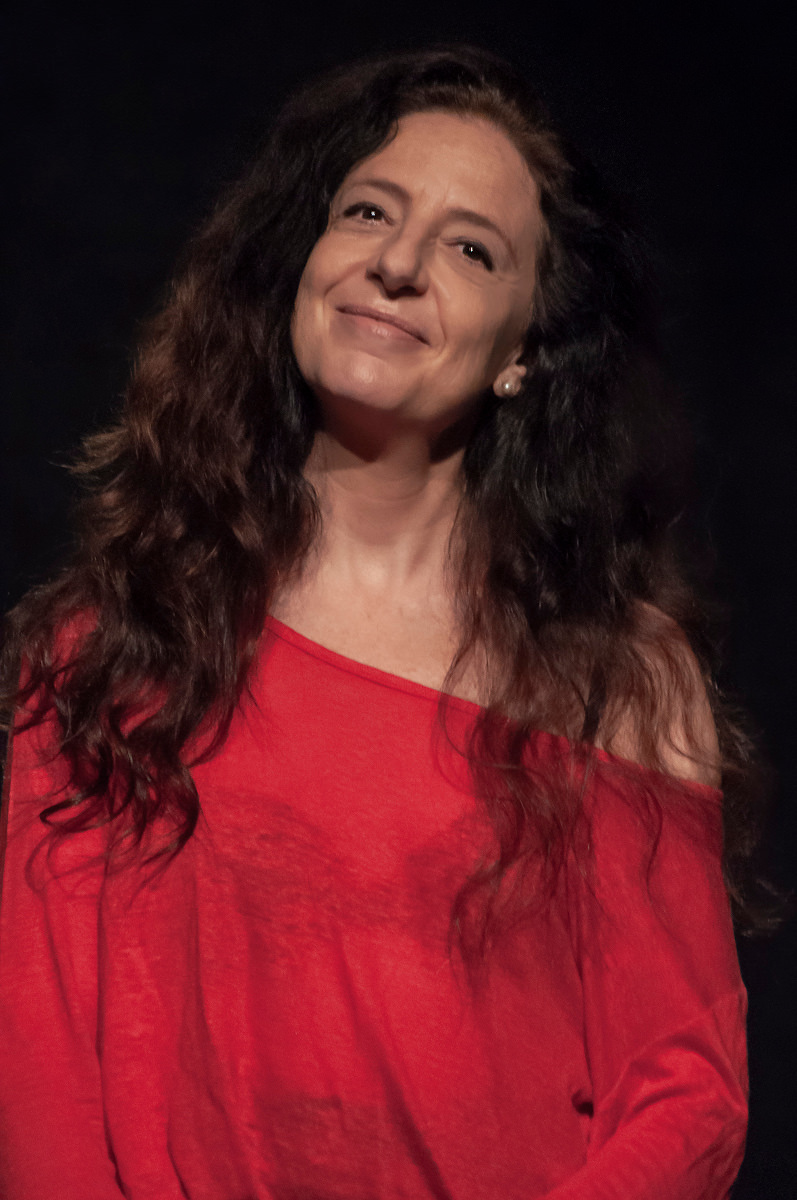 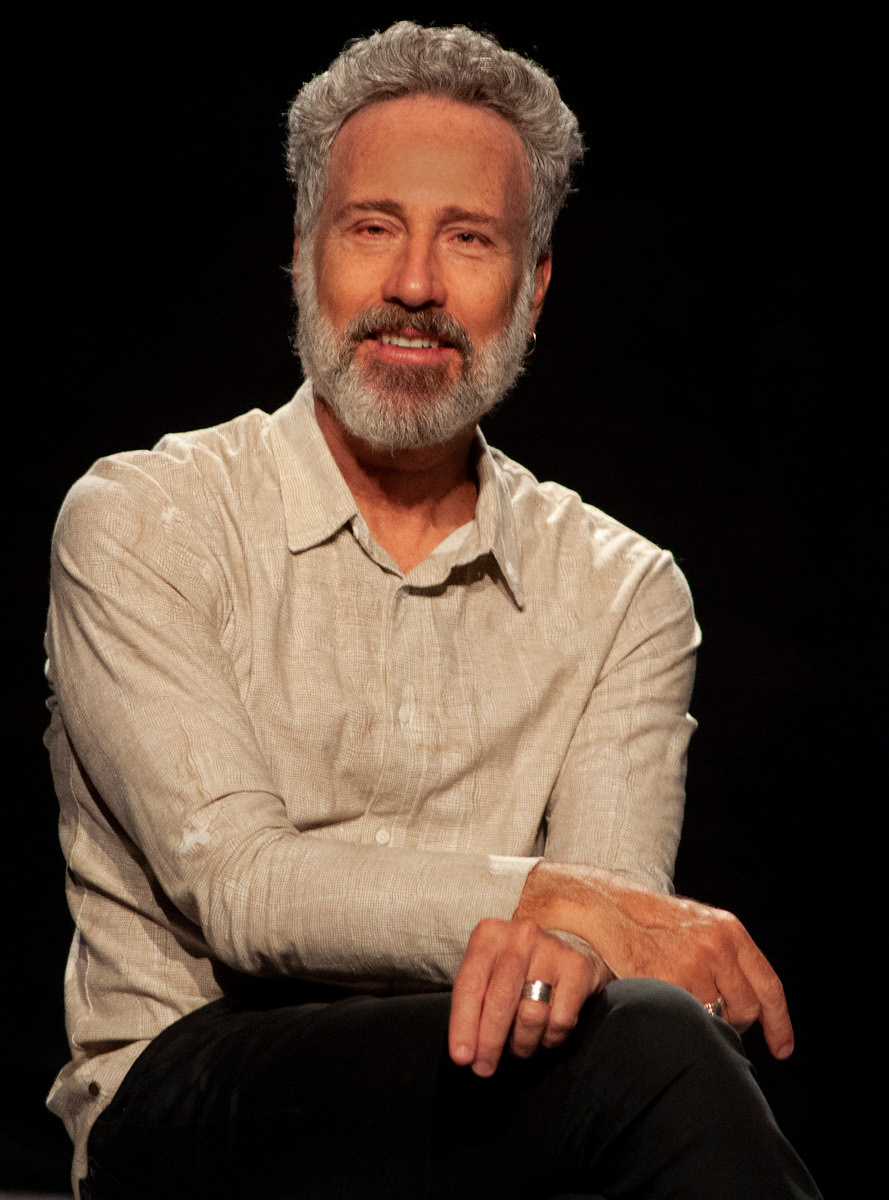 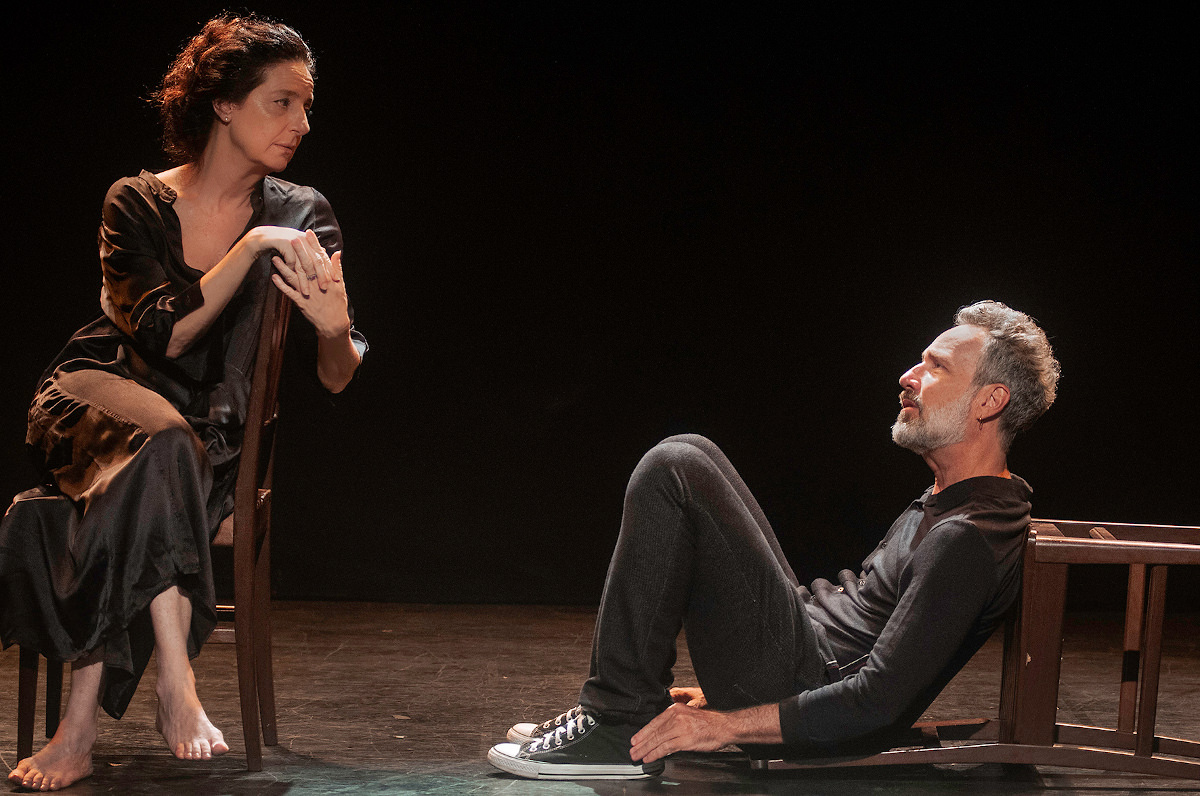 An actress and a university professor, married for 25 years, are on the eve of divorce when the quarantine imposed by the pandemic arrives. With all theaters closed, she has no job and no income. He (Isio Ghelman), with stable employment and guaranteed salary, proposes amicable cooperation instead of amicable separation. She (Clarice Niskier), undecided, ends up accepting. The couple lives with the son of 21 years, who is going through the most difficult period of his life, all plans went down the drain with the arrival of the pandemic.

New dimensions of the relationship emerge and surprise the couple. In a light and moving tone, they talk about breakups, friendship, love, sex, marriage, Aging, losses, disappointments, money, survival, pandemic, social transformations, remote work and the relationship with the child. She loses her father to the pandemic, He, people. They win each other more and more. In December 2020, he moves. The question, whether or not they remain a couple, stay open. But each one's humanity will be preserved and expanded forever after the experience.

Professional actor since 1985, acted in more than 50 shows. In 2015, received the APTR Award for Best Actor in a supporting role for his performance in the play To stove, de Harold Pinter. Among his most recent theater shows stand out: the misfits; the boy in the last row; Ivanov; Vianinha tells the last fight of the common man; Jacinta; Nine hundred; the bulgarian pot and autumn sonata, having been directed by Aderbal Freire-Filho, Victor garcia peralta, Felipe Hirsch, Miguel Falabella, Domingos Oliveira, Enrique Diaz and others. On TV, joined the cast of the new Fox (Tv Globo), between 2015 and 2017. His performance in two seasons of the series also stands out. Aline. Currently, is scheduled for the next 9:00 pm soap opera, a place in the sun, TV Globo. At the movies, played the character Watson in the still unpublished Lucicreid goes to Mars, by Rodrigo César, and Jerome in the feature film dear ambassador by Luiz Fernando Goulart. Norman Jones, father of Stuart Angel Jones in Zuzu Angel, by Sergio Rezende.

Clarice Niskier premiered at Teatro Tablado in 1981, in the play “Drums at Night”, The Bertolt Brecht, under the direction of Dina Moscovitch, in Rio de Janeiro. still in years 80, worked with Bia Lessa, in the play “the Possessions”, of Dostoevsky, and with Amir Haddad, in “Faces, o Musical”. In the 90 acted in the play “Cute, But Ordinary", Nelson Rodrigues, under the direction of Eduardo Wotzik and then in the play “Confessões das Mulheres de Trinta”, under the direction of Domingos Oliveira. At the Theater Research Center, directed by Eduardo Wotzik, played the title role of “Yerma”, by Federico Garcia Lorca, “troy”, of Euripides, which earned her the nominations for the Shell and Mambembe Awards for Best Actress in 1993. With Domingos Oliveira, staged his second monologue, “Buddha”, by own. from the year 2000, worked on the pieces: “The Memory of Water”, de Shelagh Stephenson, under the direction of Felipe Hirsh; "All About Women", by Miro Gavran, under the direction of Ticiana Studart, which earned her her second Shell Award nomination for Best Actress. With "The Immoral Soul", 15 years in poster, an adaptation of the actress herself from the book “The Immoral Soul”, by Nilton Bonder, under the supervision of Amir Haddad, Clarice received nominations for several awards, among them the Eletrobrás Awards for Best Show, Best Actress and Best Costume; received her third Shell Award nomination for Best Actress, being the winner of this award in 2007. Worked, in 2009, in the play "Maria Stuart", at the CCBB in Brasília and Rio de Janeiro, under the direction of Antonio Gilberto, next to Julia Lemmertz. In 2015, premiered his fourth monologue “To list”, de Jenniffer Tremblay, which earned her a new nomination for the Shell Award for Best Actress in SP. Clarice has several appearances on television programs, as the character Alzira in “Ciranda de Pedra”, by Alcides Nogueira, on TV Globo, in 2009; and 2011 a participation in the soap opera “Araguaia”, by Walther Negrão, also on TV Globo, playing the fun Sister Dulce. In 2020 premiered "Hope in the Ping Pong Gum Box", with text of your authorship, inspired by the work of Zeca Baleiro.

CCBB is adapted to new health security measures: entry only by appointment online (eventim.com.br), control of the number of people in the building, single flow of circulation, temperature measurement, mandatory mask use, availability of alcohol gels and floor flags for distance.

Previous: Living Poets present the last episode of the project 'Forming Multipliers of Citizenship' on the day 31/07
Next: DJ Mystical says the DJ Ivis case hurt the class's image