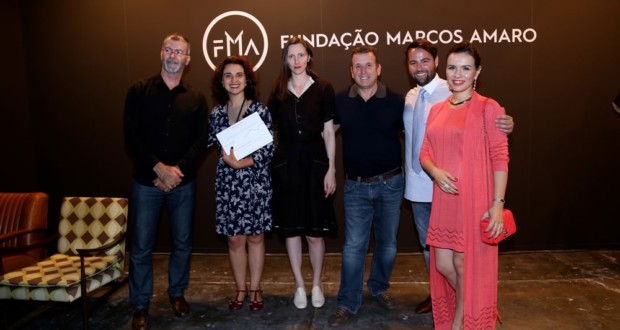 Brigida Baltar was the winner of Marcos Amaro Art Award

A visual artist Brigida Baltar, Nara Roesler Gallery, It was the winner of Marcos Amaro Art Award, what happened on 12 April, during the SP-Arte. The award was a partnership between Marcos Amaro Foundation and the organizer of the event and awarded the winner with R $ 25 1000 real.

The panel was composed of Agnaldo Farias, Gilberto Salvador, Lisette Lagnado, Marcos Amaro and Ricardo Resende and exalted the goal of entities, that is to promote contemporary artistic production.

Marcos Amaro, creator of award, the idea is to make the SP-Arte and Marcos Amaro Foundation grow together with the appreciation of artists. "Our idea is that next year we can count on three categories of awards and thus make more artists stand out", He explained the artist.

Brigida Baltar lives and works in Rio de Janeiro. He studied at the School of Visual Arts of Parque Lage in the same city. He began his career in the late 90, with small poetic gestures at his home and studio. His work often part of the artist's own actions, captured in photographs or in short silent films.