Characters from the book will be collectibles

The story begins in a cafe in Colombia, unites Colombian characters, english, Scottish and varied beliefs. The protagonists who thought they had a quiet life and a defined destiny will live ups and downs in their love lives after having met a lovely old English woman in a cafe.

Readers will experience emotions with witches and gypsies and can count on many adventures, passions, betrayals, murders, mysteries and great teachings.

The messages transmitted in the course of this creative series are: the consequences of our actions, how the influence of living positively or negatively can affect our walk. A book it also asserts that thoughts and words have power and that they unfailingly come to fruition., talks about the fundamental importance of the power of forgiveness, the value of true love, the act of making love to someone you love and having sex, the need to respect different cultures and beliefs, alerts us to the importance of nature and everything in it. But the biggest message is the importance of faith and the existence of one God.

The book tells us that most of our problems could be avoided if we used faith as an ally and if we saw God with our best friend., taking God off the pedestal and bringing him into our intimacy is the best way to solve our problems.

The characters are passionate and dynamic. For those who like to travel, in this story you are invited to learn about peculiarities of various countries and especially of Colombia, Scotland and the spheres of the universe. All messages will reach the reader through each character's life experience, fun, exciting and captivating.

characters from the book: 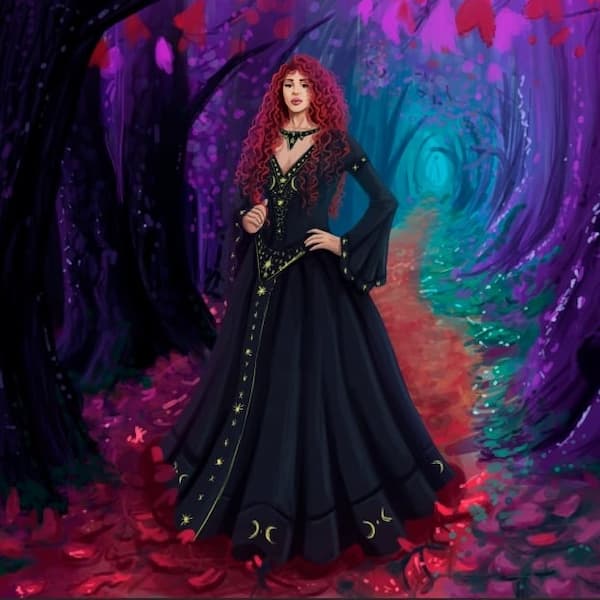 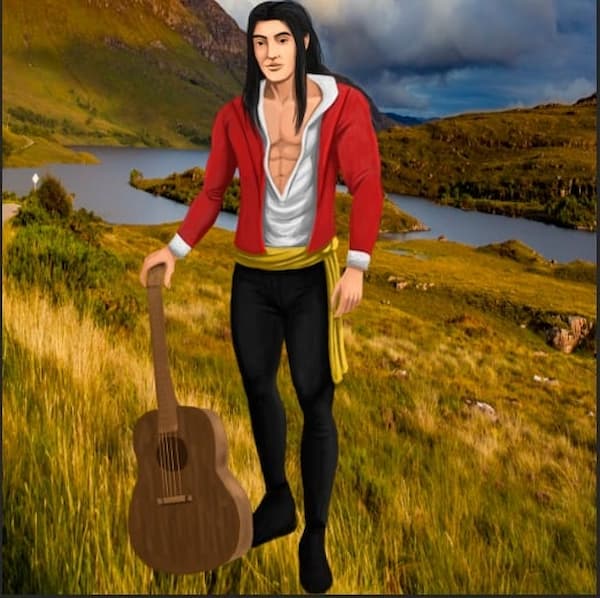 gypsy seonce, Solano; character from the book I of All Time. 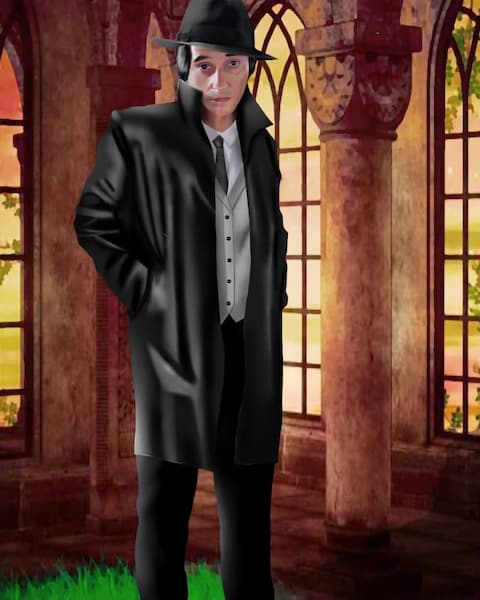 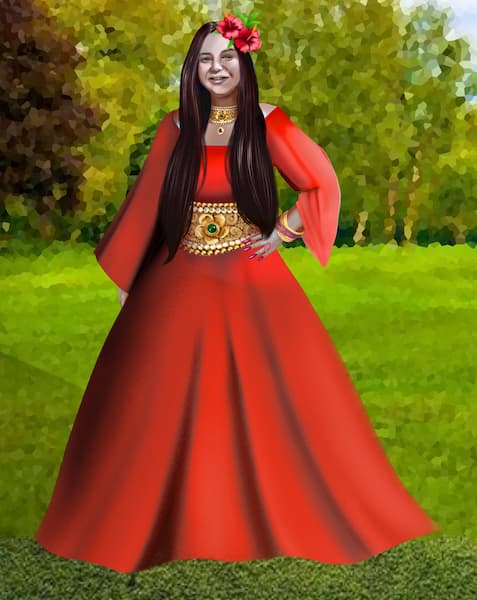 gypsy seonce, Vadoma; character from the book I of All Time. 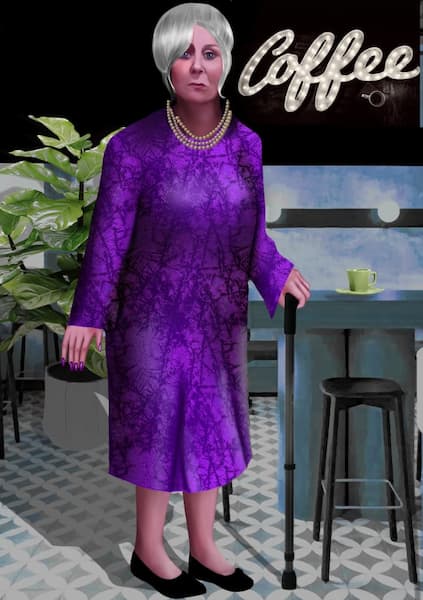 Amy Evans; one of the most important characters in history.

Wiccan Witch Brenda: Red-haired, long and frizzy hair, skinny, very charming, fleshy mouth and deep eyes. Engaging and trustworthy person, sensible and fundamental for everyone else. The mysterious Vila Rascueticoi, where Brenda's witch was born exists, but, is closed to witches only.

Origin of the character Witch Brenda

Born in the village of witches called Racueticoi, where he learned all witchcraft with the teachings of his ancestors. In this village all the children were groomed by older wizards for their destinies on Earth.. In a long process of observation, the little witches themselves were revealing their witchcraft skills and in this way each one was assigned to meticulously take care of the destiny entrusted to them by the creator. As a child she had a twin sister, were the same physically, but with totally different personality. While Brenda was a little witch focused on teaching, her sister was easily distracted from everything because of her excessive fears of everything. While little witch Brenda focused on creating healing formulas, witch Brianca focused on illnesses she didn't even have and thought she was going to die. When older witches told them about illnesses so that they could meet the patient's needs and thus be able to find a cure through their formulas, teas and ointments, Brianca focused only on diseases. One focused on learning healing and the other let his dark mind consume him with negative imaginings creating a nonexistent world within him of sickness and darkness.. The witches of the Racueticoi village said that our world comes to fruition and that the mind was a great laboratory, very valuable, that in this laboratory one could find the solution to many problems, it could even be searched and found the cure for many ailments or almost all and that the great scientist in this laboratory called the brain was ourselves. On the other hand, within this laboratory, there were many, thousands of fatal elements, that depending on the skills and creativity of scientists, they could be a source of healing and great deeds or the utter misery of humanity. All the elements that exist inside the laboratory called brain can be used for good or for evil. Little Witch Brenda used this laboratory for good, she focused her mind on finding cures but Brianca focused on the pain of others, in diseases, in the deaths and sufferings and in the losses, she was very sensitive and very good and didn't know how to use her laboratory in her favor or in favor of humanity, his laboratory was being taken over by internal terror and the darker parts of him were taking over everything., and became a source of fear, disease and despair, leading scientist Brianca to know the darker side while she lived. Brenda revealed to be the creator's guardian on Earth, in addition to having the mission of taking care of nature, she had the mission of healing people. Brianca had many skills, but she didn't get to know her mission because she was taken by panic and fear, was consumed by the worst torments that a brain can take a person and ended up making reality the negativities that were once only thoughts. Brianca got sick, used your brain in a negative way and attracted the worst to you, turned into reality the disease of fear that led to physical disease. Brenda did everything to cure her, but as much as Brenda with her knowledge made Brianca physically better, Brenda didn't know how to cure her sister's negative brain that was destroying her. Brianca improved physically, but her negative brain was winning the battle in terrifying and taking her back to an abyss leading her to death. In the face of all this Brenda promised herself that she would learn to heal minds too, she then devoted herself to learning from Pascoguamidi, find ways to lead brains and become a most powerful witch in body and brain healing. Pascoguamidi was the oldest wizard in the village and the wisest of them all.. With your 125 years of smile on the face, he appeared to be a man of 70 years, wasting health. He was a master at using the mind and Pascoguamidi taught Brenda all about healthy mind, about using the laboratory called the brain only to benefit yourself and others. With Pascoguamadi Brenda learned many magic words that were true mantras of healing and protection; Encarogamadi and Encaroberlom were the mantras that blocked the negativities of others, around. Whenever she was in negative places or with people where the atmosphere became energetically heavy and dangerous, she thought or said Encarogamadi and Encaroberlom which meant: Encarogamadi: In my perfect and healthy universe, no harm will reach me. Encaroberlon: The creator's power dwells in me. bairabanai: My body and mind are healthy and perfect., armored, where no evil can ever manifest. vameshavipare: Wherever my feet tread may they be a way to give and receive light. And with that word Brenda could grant light. Danianadone: This word would only be used at the time of death and means: Welcome me with open arms creator because you are and always will be my home. The word is for you or for whoever is leaving. Baritibermúti e baritigodégui: I bind you and rebuke you in the name of the Creator of heaven and earth. (word to bind demons and stop them) Brenda had a dog called Adimé which meant: Cute little thing in her family's brusque linguistic codes. It was common for each family to have its own language. Brenda's lineage kept alive the Tumai language that had been created thousands of years ago by her ancestors and was passed on from parents to children.. Witches' feeding everything that is extracted from nature, that comes with earth energy. character description: Red-haired, long and frizzy hair, skinny, very charming, fleshy mouth and deep eyes. Engaging and trustworthy person, sensible and fundamental for everyone else. The mysterious Vila Rascueticoi, where Brenda's witch was born exists, but, is closed to witches only. in the second book, I will describe this part of Witch Brenda's life so that readers feel closer to the character.. Also in the second book I will make the readers enter the village of Racueticoi witches. 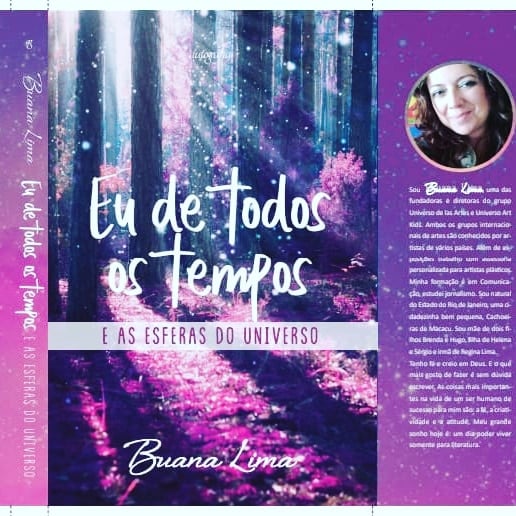 Buana Lima launches the book “I of All Times and the Spheres of the Universe”. Disclosure.

Released by Autografia Publisher, will soon be available for sale on all platforms, and with autograph directly with the author. Order email: eudetodosostempos@gmail.com

Buana Lima in addition to being a writer, is an artist and also advises plastic artists professionally.

Previous: CCBB São Paulo receives a show by the award-winning Yara de Novaes
Next: Marble: how to use it in decoration?