Begins the first International Biennial of contemporary art South America-BIENALSUR, with the realization from 100 concurrent exhibitions in 32 cities of 16 countries

Rio de Janeiro, São Paulo and Rio Grande do Sul in the event circuit, bringing together works by more than 300 artists from five continents. The show will be held from September to December around the world and will be interconnected through technology.

From September, a new cartographic universe will eliminate the borders through art, a cultural dialogue among the South America and the rest of the world. The starting point – Km 0 – Buenos Aires, Argentina; the farthest, Tokyo, Km 18.370. The Brazil is at Km 2.240. And the connection not only between artists and curators will display their work at the same time until December. The public will have the opportunity to be a part of this cultural innovative network created by BIENALSUR, participating at the same time to different events and exhibitions in all 84 venues of the Biennale, Thanks to the use of a virtual dimension tool, Mrs Ventanas BIENALSUR, It offers visitors to any of the shows the possibility to see what's going on in each of the other exhibitions. This tool also allows for live dialogue between people in different programming events.

In Brazil, the Memorial of Latin America, in São Paulo, will be one of the BIENALSUR icons, next to the House of the people, Contemporary Art Museum of Sorocaba (SP), Universidade Federal do Rio Grande do Sul, in Porto Alegre, Universidade Federal de Santa Maria (RS), Brazil's Central and Fundação Getúlio Vargas, in Rio de Janeiro. In the national headquarters can be appreciated works by artists from Madagascar, Argentina, Spain and France. In parallel, the art of Brazilians as Eduardo Srur, Regina Silveira, Shirley Paes Leme, Ivan Grilo, Vik Muniz, José Bechara, Meireles, Hélio Oiticica and Anna Bella Geiger, among others, will compose this cultural exchange, with shows in Argentina, in Puerto Rico and Peru.

Organized by the Universidad Nacional de Tres de Febrero (UNTREF UNIVERSITY), Since the end of 2015, the BIENALSUR account with the Dean Anibal Jozami as General Director and Artistic Director Diana Wechsler-academic. Is an art biennial, for the first time in the history of the biennial, puts artists and cities of the world in relation to equality. Multidisciplinary, It is distinguished by the originality of having different countries same promoters initiative and the role of universities: 20 universities from all over the world participate in the project. Over 95% of the works that are part of the Biennale were chosen through two international open selections, they received more than 2.500 proposals for 78 countries. 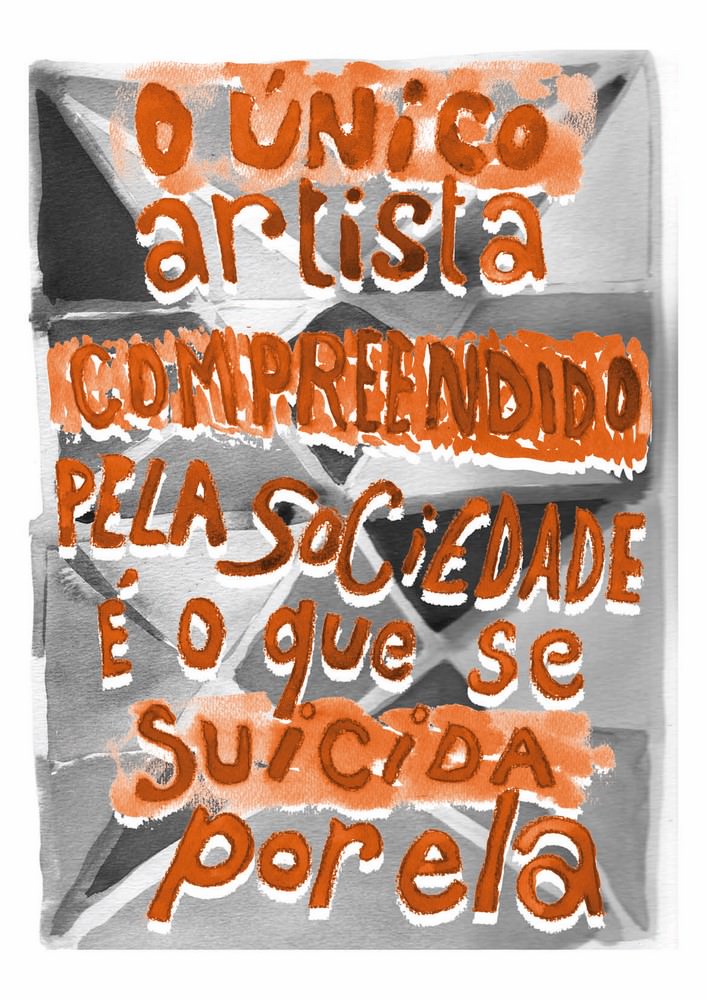 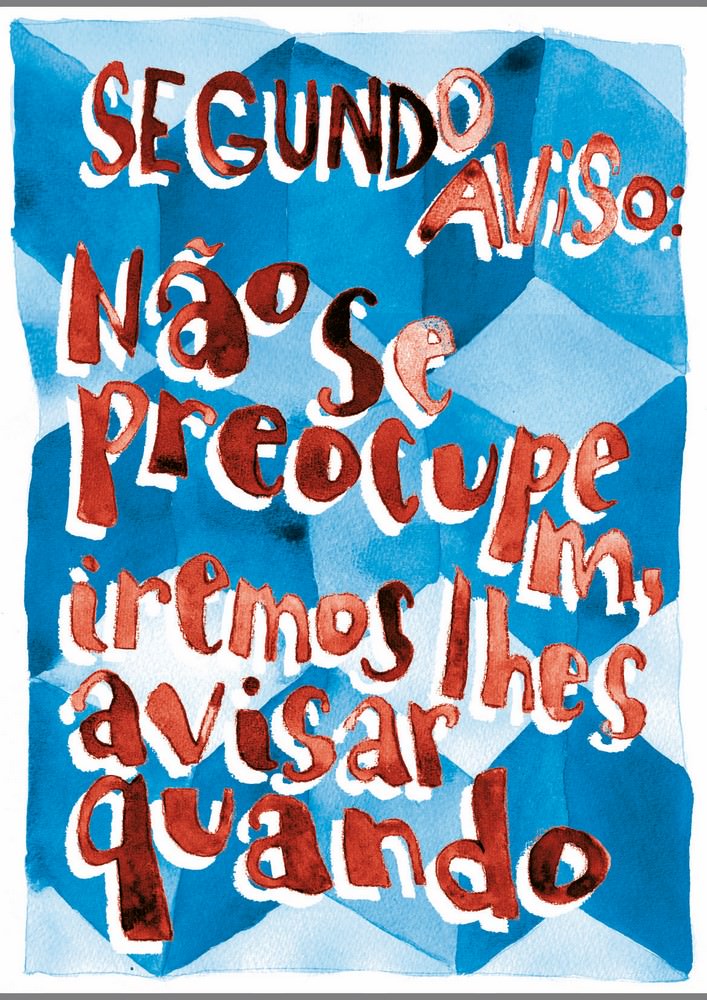 The works gathered at the exhibition seeking repoetizar the world. Simple works show the artist with pencil in hand, or behind the camera, in place of observer or chronicler, confirming your ability to configure a new poetic existence of everyday life. This project, According to curator, "refound a new autonomy of work based on immediacy, where art can return to negotiate with the life testing other ways to be together and be-world”.

Selection of video installations of various South American collections. The focus are the different forms of communication in the body, they often "speaks" before the word. The rhetoric of a character embodies possible answers; a catalogue of hands in different actions is able to condense the vicissitudes of many lives, While the hit the heel of a dancer serves as rhythmic tag to the description of your body tense.

Interactive shows where the audience is asked to pose for "delivering your shadow", desired position. In front of a spotlight, the drop shadow is captured in a roll of wrapping paper and transformed into an origami, that will be delivered to the end.

The project will display the installation "Voluntad", selected by the curators of the Biennale, In addition to four other works of different moments of the artist's career. In "Voluntad" the artist installs a garage door inside a room, dividing it into two halves. The gate moves automatically closing a side and opening the other at the same time. Both sides of the fence remain linked by a passageway; the location of this passage is that change of place. The three other works are: "Hambre", kinetic sculpture; "Homeless", a roulette wheel that turns indefinitely; "Lluvia de Fuego", installation that projects the shadow of light of a lamp on the floor, and "Las Horas", sound installation.

The artist will present a public intervention which questions, at the same time, the intimate space. "The crowd always has an anonymous face. Everyone is guilty and no one is guilty ", Graciela says. Who was? It's a finger that us flags, intimidate us, us accuses, in the restless.

The artist proposes an intervention with different geometric elements to generate a dialogue with the existing space of the building. According to the artist, his works can design and demarcate forgotten points, generating different forms of interpretation, of critical reflection and pleasure of this in our day to day urban and natural.

In M2 the artist questions the right of every human being to be born in, at least, one square meter. This right, a utopian proposal, see violated by transits, migrations and exiles. The theme of the transit will be visible through the translucent images placed in the Windows of the crowded station, sparking questions about his own condition "in transit" of each one of us.

His work involves human relations and the urban space. The artist search noises, smells and lights the incessant movement that generates the city life. “I need to be surprised by the images. The situation has to be absolutely amazing. I don't consider myself a photographer, I am someone who constructs the images ".

Pereda intervenes, with an imposing natural slope, in the dome of the Planetarium of Porto Alegre, placing the viewer in a temple of contemplation of the bravery of the water and the sound of our days immersed in urban transit. The chaotic flow of nature warns us about the fragile condition of man. Although the planetary experience to make us travel to any sky in the world, in this case, the images of the video tape the powerful momentum of rise in water from a subterranean course.

In Buenos Aires, the biennial will make speeches at the former Confitería del Águila (new MUNTREF contemporary art Center for biodiversity, in recovery process), the City Zoo, that is being transformed into an interactive Eco-Park, different seats of MUNTREF, the MALBA, the Museo Nacional de Bellas Artes, the Casa del Bicentenary, Fundación PROA, the Cultural Centre Kirchner, the plant and buildings facades del Arte flagships, squares and airports. In addition, will be present in Tiger, Caseros, Rosary, Córdoba, San Juan, Tucumán, Jumps and Bahía Bustamante (Chubut) in Argentina. After, the path will follow for other countries: Uruguay (Montevideo), Paraguay (Ahmed), Chile (with headquarters in Santiago, Valdivia and Valparaíso), Peru (Lima), Ecuador (Guayaquil) and Colombia (Bogota and Cucuta). On the African continent, the stop is in Ouidah, in Benin. In Europe, Spain (with headquarters in Madrid and Palma de Mallorca) and France (with headquarters in Paris and Marseille) and Australia (Frankston, Victory). Finally, in Asia, the Japan (Tokyo).

Previous: Solar do Rosário Announces change of teachers in the course of art history of Paraná
Next: Choir of the Camerata Antiqua of Curitiba makes concert in tribute to 500 years of the Protestant Reformation