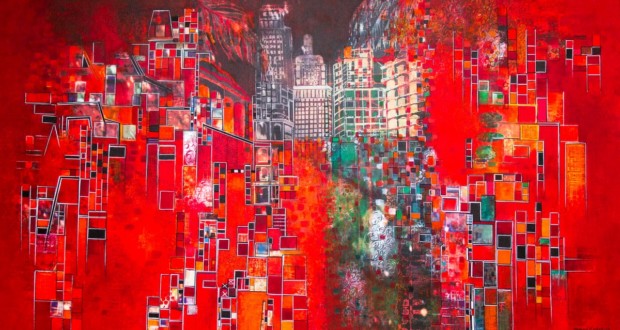 "Expelling the darkness", painting 2019, mixed technique on canvas, to 80cm x 148cm. One of the works of Miriam Nigri Schreier at the exhibition Imaginary Cities. Photo: Disclosure.

More than thirty years of professional activity. So that now Miriam black Schreier still in full creative activity, and with the same energy of youth. In 7 August it opens new solo exhibition, this time in space Pinacoteca Benedicto Calixto, in Santos.

The show, which will be open to visitors until 22 on Sep, It presents an intriguing set of thirty-three works, half of them produced in the last three years. They are grouped under the title suggestive imaginary cities, revealing the urban theme that runs through all the recent work of the artist. The curator is Carlos Zibel and Antonio Carlos Cavalcanti.

Predilection for red - As seen in exhibition imaginary cities, the work of Miriam black Schreier It is always bright, hot, never dark. “In my buildings I try to catch the light, to expel the darkness”, the firm.

The artist works, invariably, very geometric shapes, using a palette of colors that vibrate and create a remarkable illusion of movement. The exhibition also reveals the special predilection of the artist by the red, a long red. And, yet, the screens in large formats: “In large pictures I Sputtering me, breathe better”, says.

Miriam rarely plan a screen, rarely know where you will get. She says that freely starts playing paints and, While “they will entwining”, following talking to the screen until you reach the unexpected - “using the experience I have accumulated in my conscious”.

In her paintings she often makes use of gluing paper cutouts and the application of sand or earth, for textured effects. Another of his techniques is to “reprocessar” previous works: shooting areas ready screens, prints the image on a blank screen and draws upon. “I like the idea of ​​something from my”, says.

cities illusory - very early Come Passion Miriam black Schreier by making art. He began painting his first paintings with oil paint to thirteen. And, says today, “I soon realized that my destiny is linked to that work”.

During his training period, the artist has experienced various forms of artistic expression. on the way, He had the guidance of Constantine Bolognese teachers, Angel San Martin e Sergio Fingermann, to come to dedicate definitely only to painting. “For me painting is a quest to achieve something beyond the ordinary, to play some more transcendent thing”, says.

Over time Miriam black Schreier You could always display their work. From 1986 she has built an impressive track record of dozens of solo and group exhibitions, carried out not only in Brazil but also abroad. It has already taken his art to Latin American cities (Peace, Cuzco, Mexico City), give Europe (Amsterdã, Budapest, Rome, Cannes, Paris) and United States. For their role in art salons, He received several medals (of gold, silver, bronze) and honorable mentions.

In this new solo exhibition, imaginary cities, Miriam black Schreier also includes a few etchings and paintings on paper, of the period 2013 and 2014. These are works that are opposed to the most recent production of screens, Most of the shows, and allow the viewer to follow the evolution of his language and technical change, began in 2012.

In the words of the artist, “My current work is developed through the construction and deconstruction of images”. He adds: “this set of new works born of a review of my own painting, where the images are changing and resulting in more images, which sometimes appear as illusory cities, imaginary and stylized.” 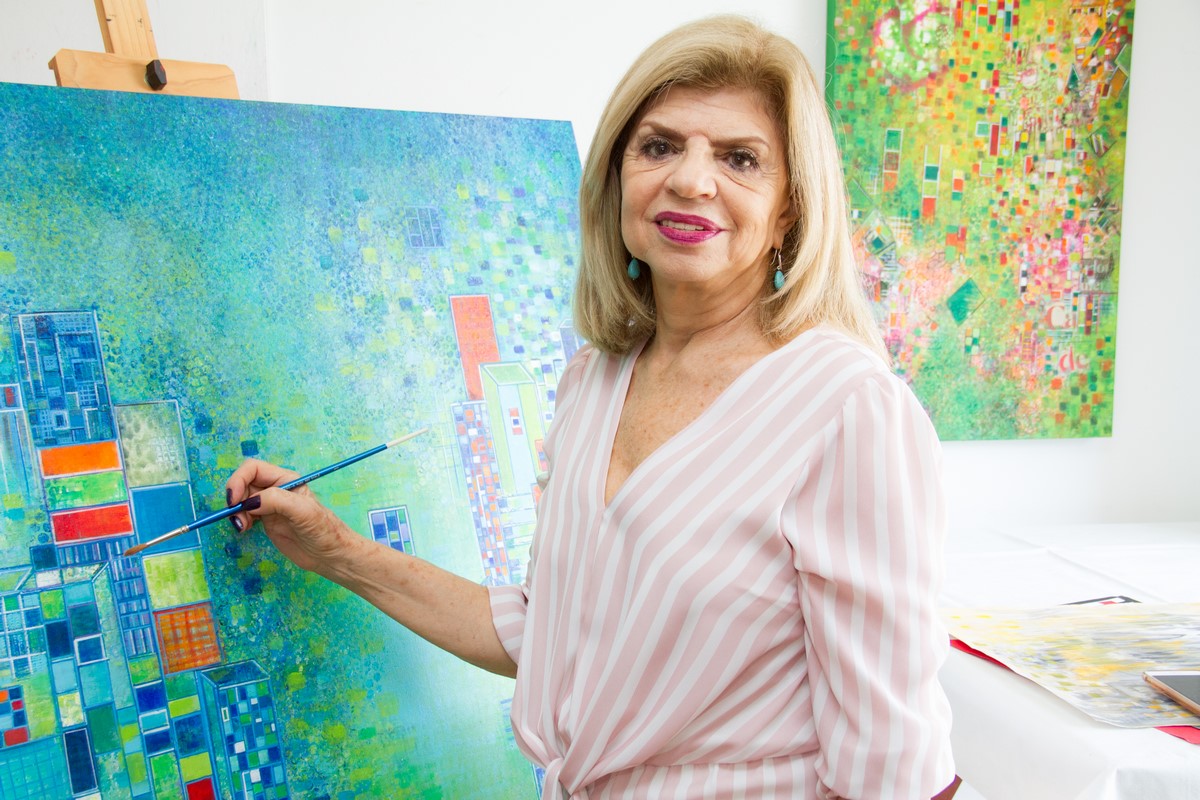 With Imaginary Cities Miriam Nigri Schreier reaches full professional maturity in the plastic arts. This shows the Pinacoteca Benedito Calixto brings a selection of works ranging from 2011 until 2019 an eight-year range that shows a bit of havida technical change at the end of 2012.

At that time Miriam adds to its impressive repertoire use, on stretched on chassis, Fingerprint (with countersunk tone, High-contrast or solarization) by inserting fragments of earlier works which the artist interferes pictorially in search of poetic expression beautiful imaginary cities.(…)

Having developed from drawing and painting on paper and the development of small parts, begins with 13 years a career as a painter to receive, already in 1986 and 1987, the Bronze and Gold Medal, respectively, both in St. Andrew's Autumn Salon – the first of many national and international honors.

Previous: Rio receives Art Open Doors, in Santa Teresa, in the days 20 and 21 July
Next: Holidays in SEA 2019