Rio de Janeiro - September 2019 – The show "I do not Menti" appears free of the day 28 September to 3 November, from 9:0 to 5:0 pm, at the Visitor Center Monument Estacio de Sa, located at Avenida Infante Dom Henrique, s/n subsolo – Flamengo Park. André Coutinho is responsible for the works of art dealing with the fragility, the fears and weaknesses of everyday life. According to the artist, The exhibition title is inspired by psychostasy, Chapter dinner do 125 Book of the Dead of the Egyptians, which depicts the weighing of the heart of the deceased by the goddess Maat. The dead – to have chance to experience post afterlife – should carry out a confession before a court of 42 judges.

Andrew is, before everything, one "designer" - not in the sense of treating the drawing as representation, but, activate, in exploring the possibilities of drawing and painting languages ​​in their narratives. It is an explorer in a universe itself, with its characters and scenarios, experiences and memories, observations and intuitions. Through its Social Responsibility program in the pillar of Culture, Estacio is a partner of RIOTUR, It is responsible for curating the Visitor Center Estacio de Sa Monument. 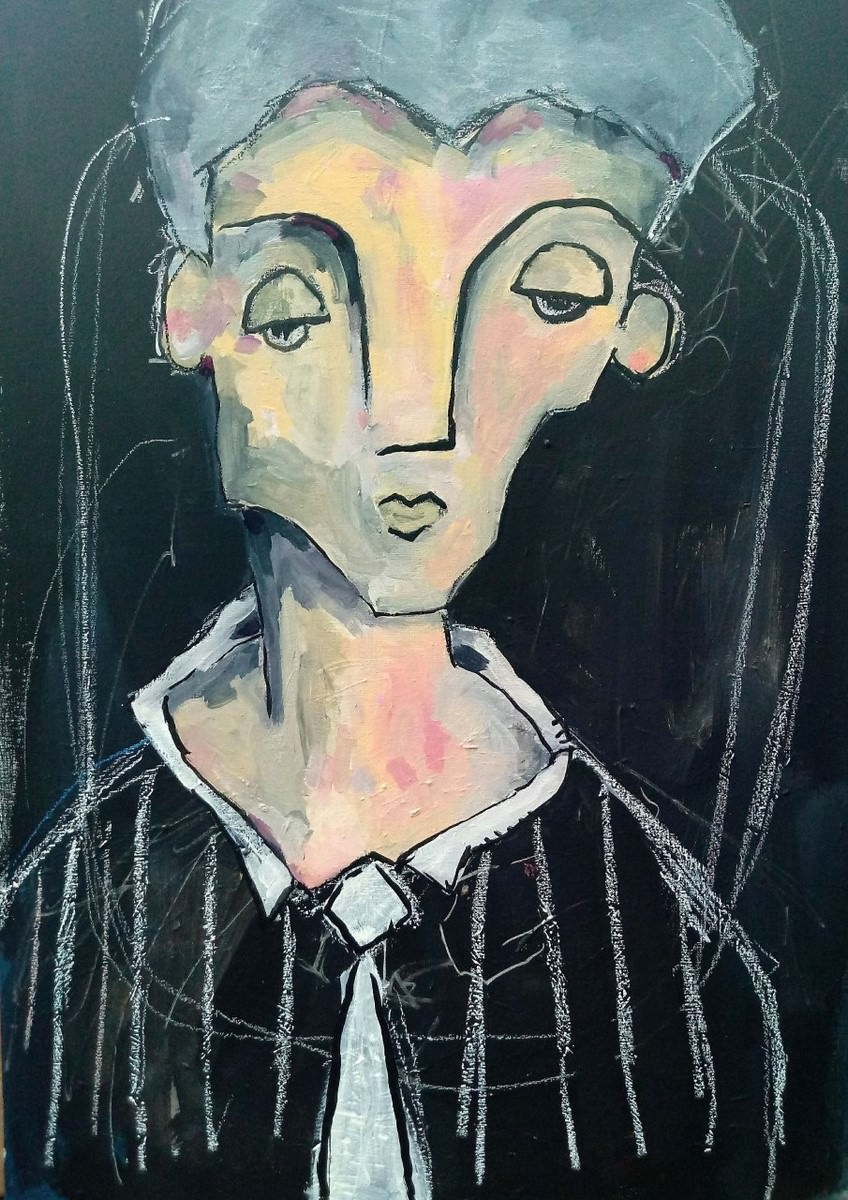 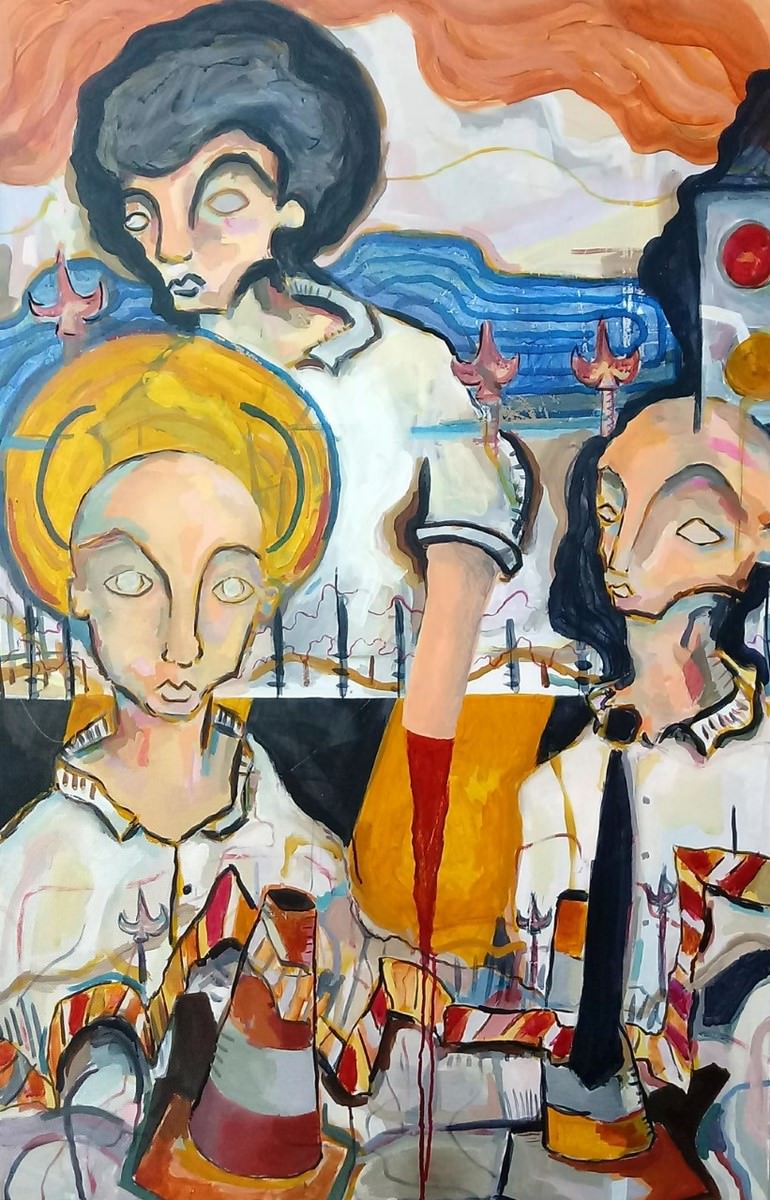 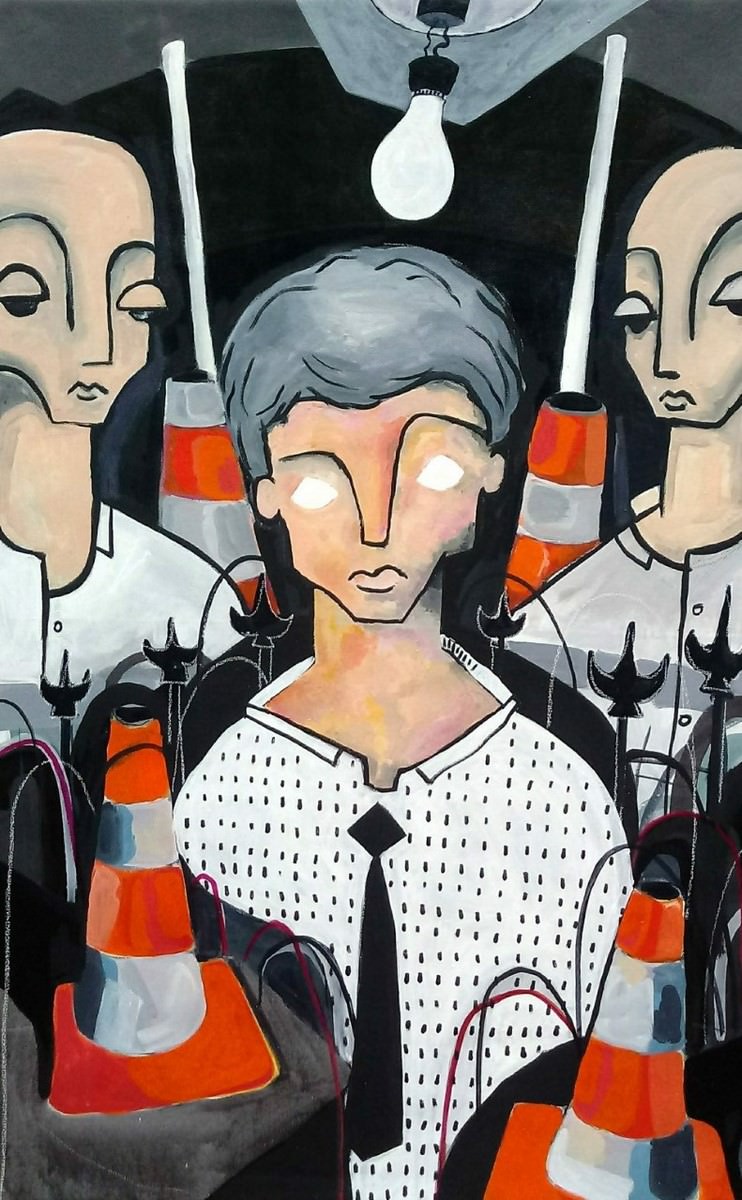 André Coutinho studied painting at the School of Fine Arts of the UFRJ and the School of Visual Arts of Parque Lage and graduated in Graphic Design at Estacio de Sa University. He gave painting and drawing classes in several places, as in Jacarepagua Cultural Canvas and the Municipal Cultural Center Professor Dyla Sylvia de Sá. Participated in exhibitions, as V Biennial gives EBA, o 13º Latin American Design, It shows "At first sight", in the gallery Artur Fidalgo. Motion of Applause received for his work in Art City Council of Rio de Janeiro in 2018 and is the creator of the collective ART +.