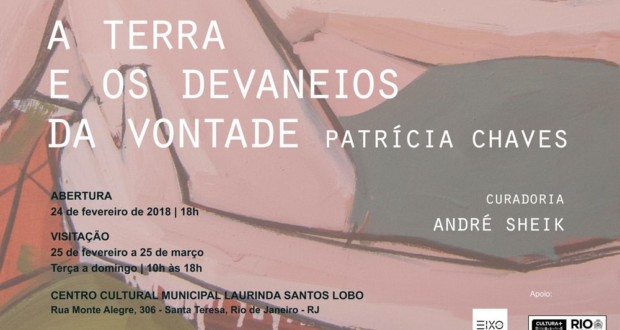 Exhibition "The Earth and reveries of the will" of the artist Patricia Keys on Laurinda Santos Lobo, invitation. Disclosure.

The Municipal Cultural Center Laurinda Santos Lobo inaugurated on 24 February the exhibition "The Earth and reveries of the will" with new works by Patricia Keys and curated by André Sheik. This individual is composed of paintings that result from the aesthetic explorations childhood image made by artist. Strongly influenced by the work of Bachelard it develops a poetics that takes place in the imagination double and materiality. In the arrangement of this exhibition there is the intention of moving implicitar spatiality – supported an earthy ground plants and children groping exploring limits – series open and close.

Sheikh said that the gardens portrayed by the artist may be as much of earthly delights as the grief, between heaven and hell. As for the technique of the work, he points out the fact that in them "drawing, usually associated with sketch, becomes paint. The traces of coal now are made before the ink inlet, now they have been drawn up for it ". This action causes the curator of the recall Cézanne's words "The line and modeled not exist at all. There is no difference between drawing and color, since, in nature, everything is colorful ". The exhibition will be open to the public until the day 25 March.

Patricia Chaves was born in Niterói, RJ No year of 1992, currently lives and works in the city of Rio de Janeiro. She graduated in painting at the UFRJ School of Fine Arts. She participated in several courses, as a student and also monitors, at the school of Visual Arts of Parque Lage.

In 2017 He held the solo exhibition "overflows of Childhood" at the Calouste Gulbenkian Art Center curated by Gabriela Dottori and Julio Ferreira Sekiguch. In the same year he attended the news "Goat-Blind" in Modernists Gallery. In 2016 held individual "Everyday Escondido" and was part of the collective "We Design". His first exhibition took place in 2012. 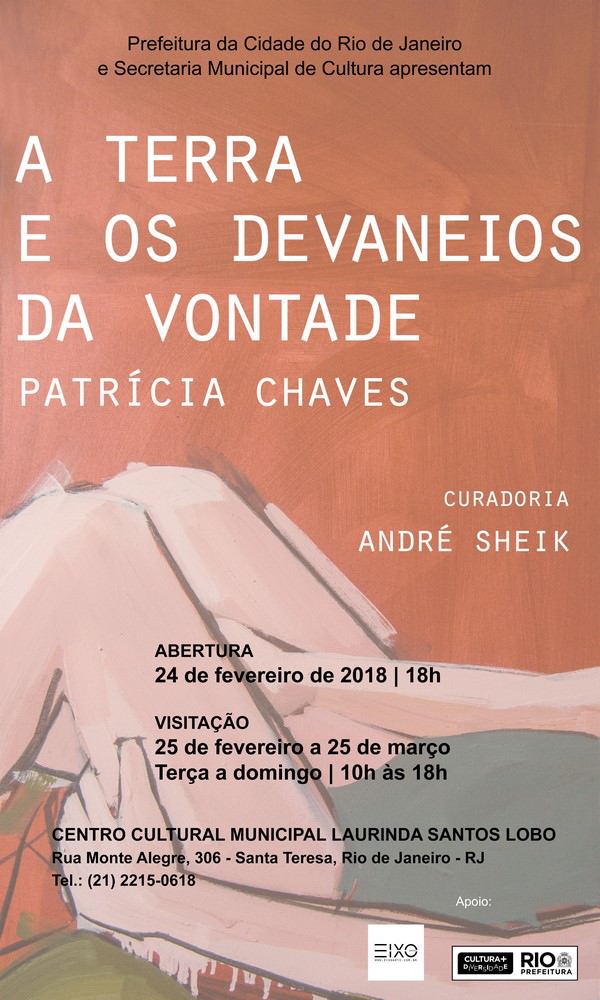 Exhibition "The Earth and reveries of the will" of the artist Patricia Keys on Laurinda Santos Lobo, invitation. Disclosure. 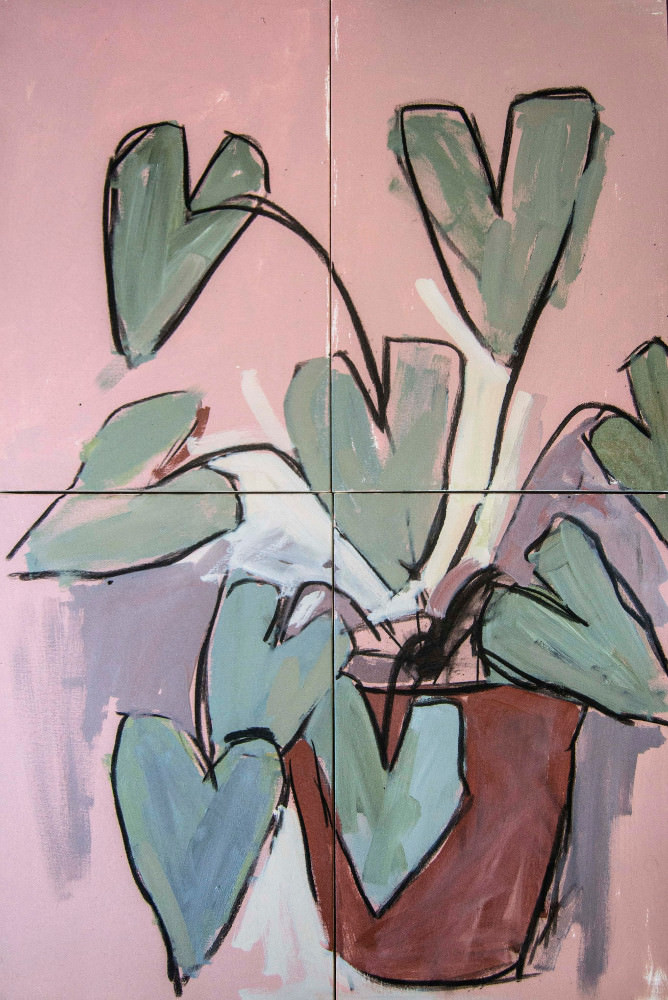 Andre Sheik was born in Rio de Janeiro in 1966, it is a musician, visual artist, critic and curator. Research Associate N-image, UFRJ, executive editor of the magazine Concinnitas, UERJ.

Childhood is often idealized by adults, which have their own built memories. It is not uncommon to hear that "we need to protect children; children are pure and good ... "There's psychoanalytic theories that argue that infantile sexuality is a fact, even if different from that of adults. Not to mention what was once've rated perversity.

The subject of Patricia Chaves paintings is childhood, not any, but one built on her memories. Several actions of the portrayed characters go up in the midst of an environment that leads to the backyard.

"Even with binding levels memory, the paintings are idealized in several ways of departing from experienced or imagined experiences; they are intended to capture and expose something that problematizes the ingenuity linked to childhood. In this sense, all are made "memory", without the use of photographic reference as technical resource ", says the artist.

In some of the pictures, We see plants that make and were among the places inhabited by Patricia. In them, children "play" in the green, and in contact with the ground.

“[…] really we have the impression that the dreamer modeling follows the best interests of intimate reverie than the dreamer contemplating " (Gaston Bachelard).

The grounds for it portrayed perhaps both of earthly delights as the grief, between heaven and hell. To determine - although it is possible to say that we can see hints of a sexual nature - would need to make a moral judgment, whose, here, I abstain.

Generally speaking, the Saxons often empiricists, direct run to the clash of the matter, getting your hands dirty; while Brazilians - Southern Europeans - tend to be rationalists. Patricia is part of the first group, his painting takes place on the screen: even if she knows what's going to paint, do not know, beforehand, such as. Thus, the drawing, usually associated with sketch, becomes paint. The traces of coal now are made before the ink inlet, now they have been drawn up for it. para Cézanne, Pure drawing is an abstraction: "The line and modeled not exist at all. There is no difference between drawing and color, since, in nature, everything is colorful. "Many of the paint pigments, originally, minerals are, with earth colors. In most of the works in this exhibition, reddish colors contrast with the greenish and enhance simultaneously. Cézanne also said that painting is contrast. Yet, Patricia paint mortar is memory.

It is not the case here go into the historical comparison that confronts visual arts with intellectual arts, or that which opposed the line to color in art history from the Renaissance. Cézanne says, As we paint, we draw, the more color harmonizes, more so if you need. in contemporary times, paint is to design and draw is to paint. What matters is the event pictorial.

In Patricia's paintings, there is a superficiality with little prospect, is geometric or atmospheric. These are moments of appearance / image appearance, ranging from the drawing to the picture, e vice-versa. Leave the indeterminate frame is a procedure cezanneano. Despite the unfinished appearance of some screens, there is plenty of development. They are gestures and libidinal strokes.

Painting is not the picture, is life. The pictorial images Patricia Chaves expand, inquire about their presence in the world, question the world. The air of incompleteness is not enough to determine whether the paintings affirm or question. The making is usually fast, however this does not determine whether we should spend a long or short time to them. Are pictures to look at or listen to?

“[…] will dreaming and, to dream, gives a future to action " (Gaston Bachelard)