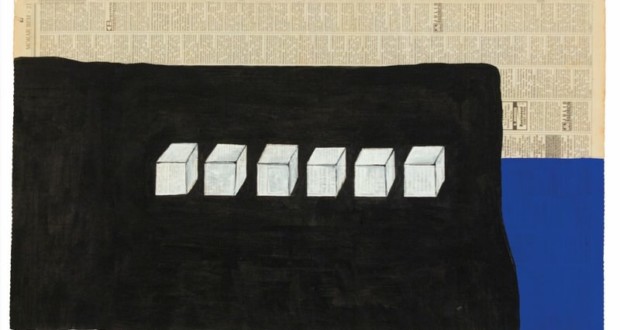 The Contemporary Art Wefts features ' Abyss ', new solo exhibition of the carioca Jose Tannuri. The artist back to Photo Gallery, After four years of your last individual on site (in ' Urbânico ', 2013), with work carried out in color on paper pages and slapping investigates the border skirting the abysses, those who have built.

The series, held between 2016 and 2017 in your Studio in Santa Teresa, presents trampolines and platforms designed on the empty, In addition to other architectures ambivalent in paintings on paper, material that Tannuri dominates since it specializes in recycled paper.

"At least from 2003, When performed the installation ' Walls ', at the Centro Cultural Sérgio Porto, the artist points critically domination and the smooth. Tannuri handles the literal and newspaper, symbolically, its pages are like countries territory, limits of their physical boundaries, cultural, Economic and social. In earlier work, as ' Empty ' (2005) in the Imperial Palace, the architecture is transfigured by monumental volumes of cardboard, here small and medium formats condense the immensity. Apparently empty spaces, because there is no direct presence of the body, signaling the loneliness of living among many. In the series Abyss, the intense blue and deep (patented by the French artist Yves Klein, that Jump was held in Empty, in 1960), It is well disguised gap current opening banks own neighbouring edges of the paper. Each horizon is misaligned by your own abyss”, writes! Luiza Interlenghi, Curator of the exhibition. 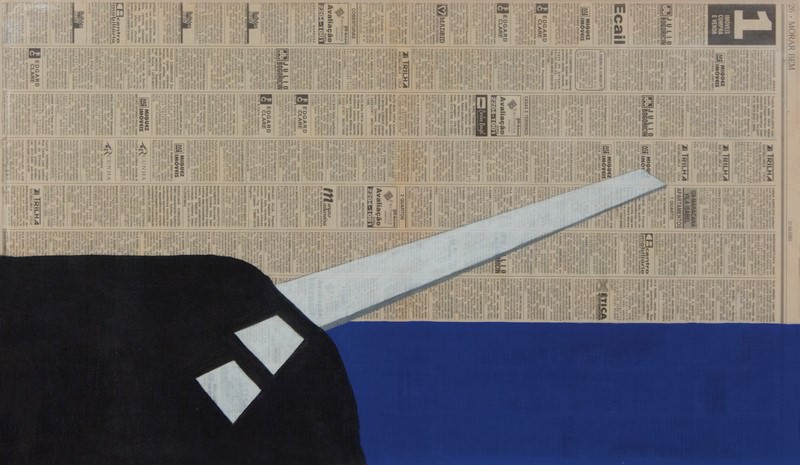 Born in Rio de Janeiro, Jose Tannuri did your first exhibition in 1998. Participated in international exhibitions as the 10th Havana Biennial and an individual in Frederick Seve Gallery, in New York. Currently works with instalativos projects, performance, photography, painting and drawing on paper. In your main theme, objects such as architecture, city, landscape construction, chasms and passages are identified in your process.

About the Plots contemporary art:

Since your Foundation, in 2009, in the District of Copacabana (RJ), to Contemporary Art Wefts has been working in the diffusion of contemporary artists seeking recovery of its aesthetic and conceptual differences. The Gallery aims to promote dialogue between artists and the public, believing in the intense partnership built over the past few years between them, thus promoting a space for discussion and reflection of contemporary brazilian art. Its programming is in artistic plurality, pointing and encouraging creativity and conceptual deepening regarding the artistic productions of artists represented. Artists represented: Evandro Prado, Fernando Ribeiro, Geraldo Melo, Henry Punctual, Jose Tannuri, Leonardo Ramadinha, Marcelo Catalano, Osmar Dillon, Renan Cepeda, Renato Sant'Ana and Yara Dewachter.