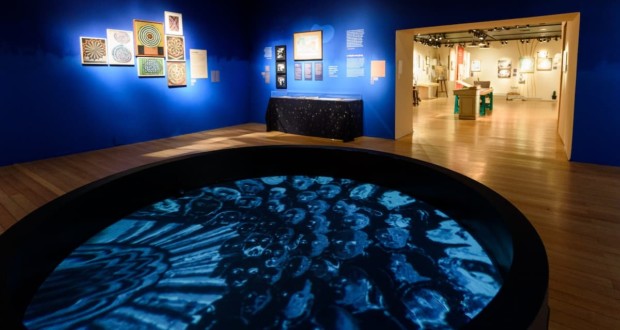 The day 15 November seemed far away, but time flies and the end of the Rio de Janeiro season is approaching. exhibition NISE DA SILVEIRA – THE REVOLUTION BY AFFECTION. On display at CCBB Rio de Janeiro since 6 of June, it was one of the most beautiful shows that the public has seen in recent times – and also represented the return of activities to the cultural center, already with part of the population vaccinated against covid-19. Now, it will be the turn of Nise's loving psychiatry to enchant the miners at CCBB BH, between 8 of December and 29 March 2022.

Anyway, people can visit the exhibition from anywhere through the 360º virtual tour, that takes the internet user into the rooms. In addition, it is possible to hear what is seen through the Descriptive Sound Experience. Her, the audios recreate the show's environments with dramaturgy, as if it were a radio soap opera in times of podcast. The team was coordinated by journalist and voice actor Georgea Rodrigues, of Inclusive Accessibility, specialized in audio description.

Nise da Silveira's affectionate approach surpassed the hospital walls and conquered the world. About of 90 amazing works by artists from the Museu de Imagens do Inconsciente are available on the CCBB, alongside pieces by Lygia Clark, Abraham Palatinik and Zé Carlos Garcia, portraits of Alice Brill, Rogério Reis and Rafael Bqueer, videos by Leon Hirzsman and Tiago Sant’Ana, reproductions of drawings by Carl Gustav Jung, watercolors, photos and an emotional installation by Carlos Vergara. It is curated by the M’Baraká Studio, with consultancy by psychiatrist Vitor Pordeus and museologist Eurípedes Júnior.

“Nise created a clinical method centered on affection. She is heir of Juliano Moreira, by Baruch Espinoza, by Sigmund Freud, by Carl Gustav Jung. Jung was a student of Freud and a teacher at Nise, in Switzerland. revolutionary men, who abandoned the idea of ​​the machine body and worked with the subjectivity-centered approach, in emotion, in identity, in symbology, in the narratives that restore memories. Our difficulty today is not letting affection fade away, at a time when everything became a machine", situate by God, who worked at the Nise da Silveira Municipal Institute of 2009 to 2016 and is one of the founders of the Hotel da Loucura.

Already Euripides, which is linked to the doctor and the Museum since 1974 and is vice president of the Society of Friends of the Museum of Images of the Unconscious, says that “collaborating with this exhibition was a natural outcome of a work I've been developing for years with the Museum's team., a living center for scientific and artistic creation and dissemination. The Museum is strongly committed to the fight to reduce stigma and change society's paradigm in relation to madness. The paintings are passionate because they reveal more than we know about the mysteries of the human mind.. It is a joy to bring these contents to the wide audience of CCBB". 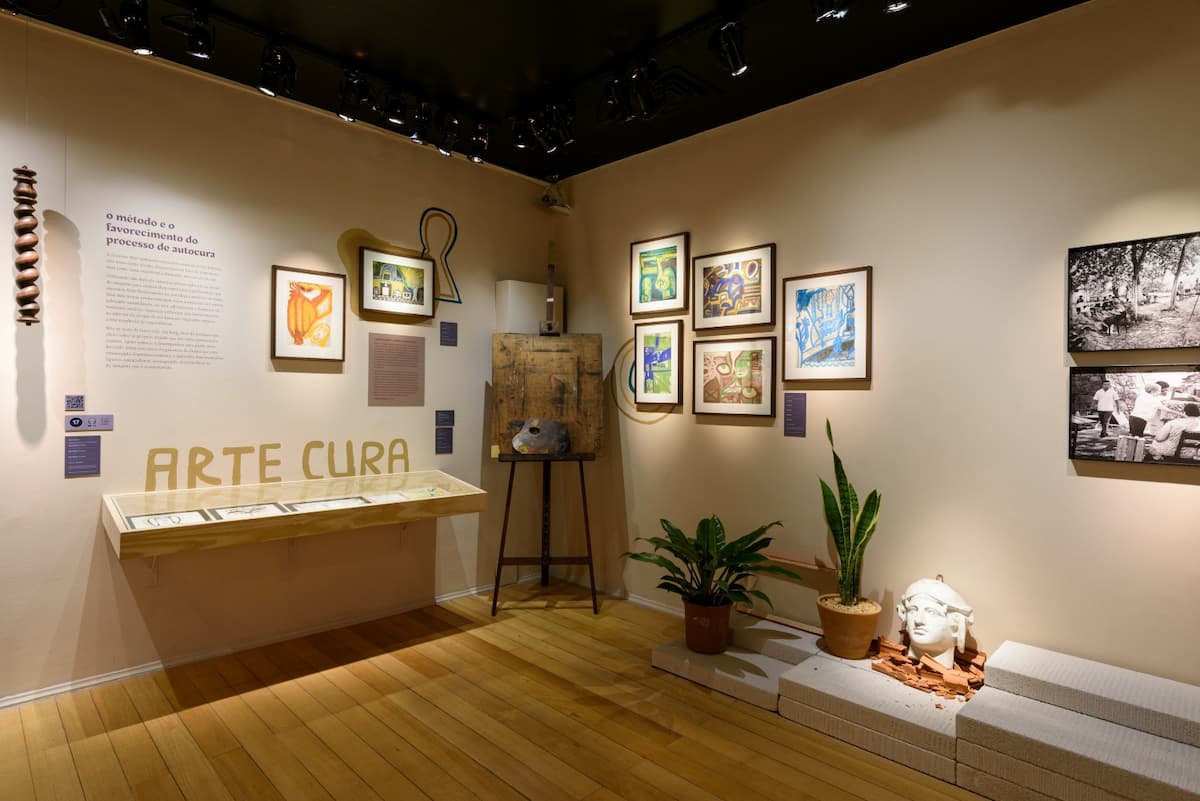 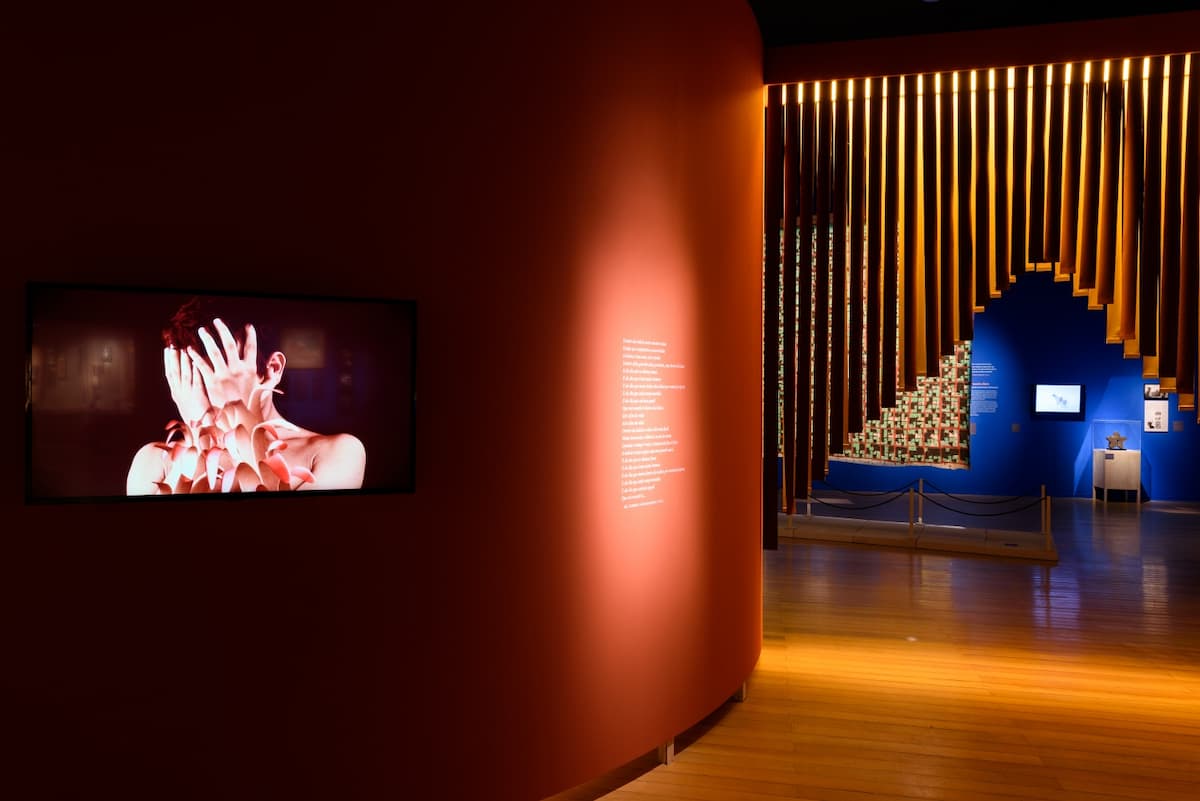 Already are 22 years without Nise

In this 2021, complement one another 22 years since Nise da Silveira's death – and 22 is a number associated with madness in the popular imagination, theme approached in a revolutionary way by the psychiatrist Nise da Silveira (1905-1999). Physician trained as the only woman in a class with more than 150 men, became known worldwide for the avant-garde idea of ​​using affection as a scientific methodology in the treatment of people with mental suffering.

When looking for ways to access the layers of the unconscious and create a dialogue, through artistic tools and with scientific applications, between the unconscious and its powerful expression in images, Nise repositioned the understanding of madness in human history. The exhibition highlights the avant-garde and creative dimension of one of the greatest scientists in Brazil, internationally recognized.

Art to reveal the inner universe

Located in Engenho de Dentro, suburb of Rio, the Museum of Images of the Unconscious was created by Nise in 1952 with the purpose of bringing together the works produced by their clients in the modeling and painting studios – true documents to help in a deeper understanding of what was going on in their inner universe.

From customers who stood out in a collection that beats the amazing 400 a thousand varied works, registered as equity, canvases by Carlos Pertuis were chosen (who left about 21 thousand paintings), Fernando Diniz (around 35 thousand), Adelina Gomes (on the basis of 17 thousand), Emygdium of Barros (around 3.300) and Arthur Amora, who made an amazing series with the principles of dominoes, among others, with the presentation of works from contemporary clients as well., among them Albertina da Rocha.

To Isabel Seixas, producer and partner of Estúdio M’Baraká, "the exhibition seeks to present this character and his symbolic importance yesterday and today. Nise is a revolutionary woman and represents avant-garde Brazilian thinking in science and, by the specificity of your work, Consequently, in the arts. Nise da Silveira (we must reverberate this name) would allow multiple approaches – valuing your revolutionary gesture based on affection is powerful nowadays”.

NISE DA SILVEIRA – REVOLUÇÃO PELO AFETO is sponsored by Banco do Brasil and is carried out through the Federal Law of Incentive to Culture, of the Special Secretariat for Culture of the Ministry of Tourism and Federal Government.