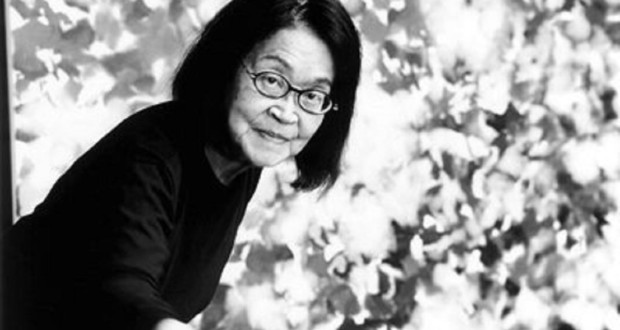 At The Memorial, Tomie Ohtake exhibition in Curitiba celebrates 110 years of Japanese Immigration in Brazil

In celebration of 110 years of Japanese immigration to Brazil, This Wednesday (18/07), at 19h, Memorial Curitiba receives exposure Tomie Ohtake in Curitiba - Vultos, cracks and gaps. Altogether, will be 29 works between paintings, engravings and sculptures. The papers cover the period of the year 1970 to 2014 the artist who is considered the "lady of Brazilian art". The works will be on display in the Hall Paranaguá, on the first floor, until day 30 September. The show is free admission and free rating.

The mayor Rafael Greca highlights the connection of the artist with Curitiba and recalls with appreciation the relationship he had with the artist. "The sentimental attachment of Tomie, master of art and life, with our city, deep friendship rooted in our hearts, Margarita and my. As we celebrate the Japanese Immigration in Brazil, we have the joy of receiving this tribute to Tomie Ohtake, today show his immortal art, this our Memorial ".

For the president of the Curitiba Cultural Foundation, Ana Cristina de Castro, the show is a gift that the city receives in the year that celebrates the 110 years of Japanese immigration. "It is a privilege to host the exhibition of a renowned artist like Tomie Ohtake. His work was instrumental in the international projection of Brazilian art. This show honors and also further strengthens the ties that our city has with the Japanese culture ", says president.

The President of the Tomie Ohtake Institute and son of the artist, Ricardo Ohtake, highlights the affection that the mother had the city and the mayor. "I am sure that this exhibition would Tomie very happy for your story with the city. Now, Mayor Rafael Greca inaugurated this exhibition at the Memorial. Since he was director of IPPUC and his first term in City Hall, Greca was very dear to her ".

Curated by Paulo Miyada and Carolina de Angelis, exposure through decades of production of one of the most long-lived and complex Brazilian abstract artists. Tomie was a creator that, having immigrated from Japan at the beginning of his adult life, He pursued the artistic craft as a field of successive discoveries, where persistent visual problems were never a reason for creative impediments.

In the capital of Paraná, in 1999, Tomie Ohtake participated in the show "Three Artists Japanese in Brazil", the Metropolitan Museum of Art (Muma), next to the also important Manabu Mabe and Wakabayashi. In 1996, the artist left his definitive mark in Curitiba, with a sculpture of 11 meters of height, painted concrete, which was inaugurated by the mayor Rafael Greca, in his first term. The work, heart-shaped, frames the portal Muma. Installed near the woods, the piece reveals an intense dialogue between tradition and contemporary Japanese-Brazilian and stands out as one of the most important works of the institution's collection.

Born on 2 th November of 1913, in Kyoto, in Japan, Tomie Ohtake came to Brazil in 1936 to visit his five brothers. Prevented from returning, due to the start of the Pacific War, It ended up in the country. Got married, He created his two sons, and almost 40 he began to paint encouraged by Japanese artist Keiya Sugano.

The work of the artist stands out both in painting and engraving as sculpture. still mark their production over the 30 Public Works designed the landscape of several Brazilian cities like Sao Paulo, Belo Horizonte, Curitiba, Brasilia, Araxá and Ipatinga, made rare for an artist in Brazil. Between 2009 and 2010, his sculptures also reached the gardens of the Museum of Contemporary Art Tokyo and Okinawa Prefecture, in Japan. In 2012, He was invited to produce public works in the Mori Museum building Garden, in Tokyo.

In 2013 Tomie reached 100 years, celebrated with 17 exhibitions in Brazil, highlighting the Institute that bears his name: Geometric gesture and Reason, curated by Paulo Herkenhoff in the month he completed one hundred years (November), Tomie Ohtake Correspondence and Influx of Forms, both curated by Agnaldo Farias and Paulo Miyada, held respectively in February and August.

Previous: Curitiba meets best percussionists in the world in international festival
Next: Matching Wine Tips & Food no Art in Progress