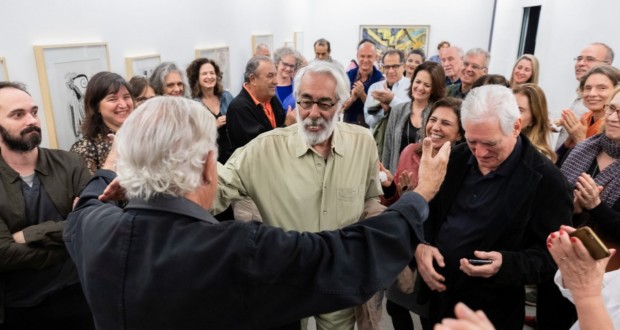 On display at Mul.ti.plo, two exponents of contemporary Brazilian art create work together.

Shows open on the day 6 August extended to 11 October.

Roberto Magalhães and Carlos Vergara, two exponents of contemporary Brazilian art, friends for decades - since the days of the "New Figuration" with office mates Antonio Dias and Rubens Gerchman - will present an exhibition together. The show opens on 6 August, Mul.ti.plo in Space Art Gallery, and sign up 25 September. Altogether, are about 20 works, attached under the wire drawing and graphic work. The two artists will create together new works. The idea is to make the work of two artists who have followed parallel careers with copyright features very strong and absolutely different to be playing for the first time, in an unlikely horizon.

To create these works, The gallery space will be transformed into studio. The two artists have access to screens. In each, It will be drawn a dividing line: one draws and paints the top and another low. After, they reverse the order. "This is not a competition, but a challenge created by them as a gesture of respect and admiration for each other ", Müller says Maneco, Gallery partner.

Pioneers of the new Brazilian figuration, the iconic exhibition View participants 65 (the Museum of Modern Art, Rio de Janeiro, in 1965), Roberto Magalhães and Carlos Vergara is also known in adolescence, They had early role, developed long career in the visual arts and have always been very close. At the same time, his creations are definitely different. Even in temperament are different: Vergara is expansive, emphatic, restless, vehement, athlete; Roberto is silent, introvert, draft, contained and observant of everything. Even so, there is a mysterious silence that unites them around the transcendence or "in search of the ineffable", as says Vergara, who, in its path “traveling painter”, always brings as a pretext the mysterious trails that divine search. Magellan, for very different turn, He has always been steeped in mystical issues and their obram speak of an ethereal world. "My art is the search and expression of subjectivity", He explains.

At the exhibition, Vergara brings two works series: "Heart", mixed media on paper, between print, watercolors and pigment, and another called "Bodoquena", with drawings of a journey from the artist of the same name saw, Mato Grosso do Sul. Are recent works, average ratio. 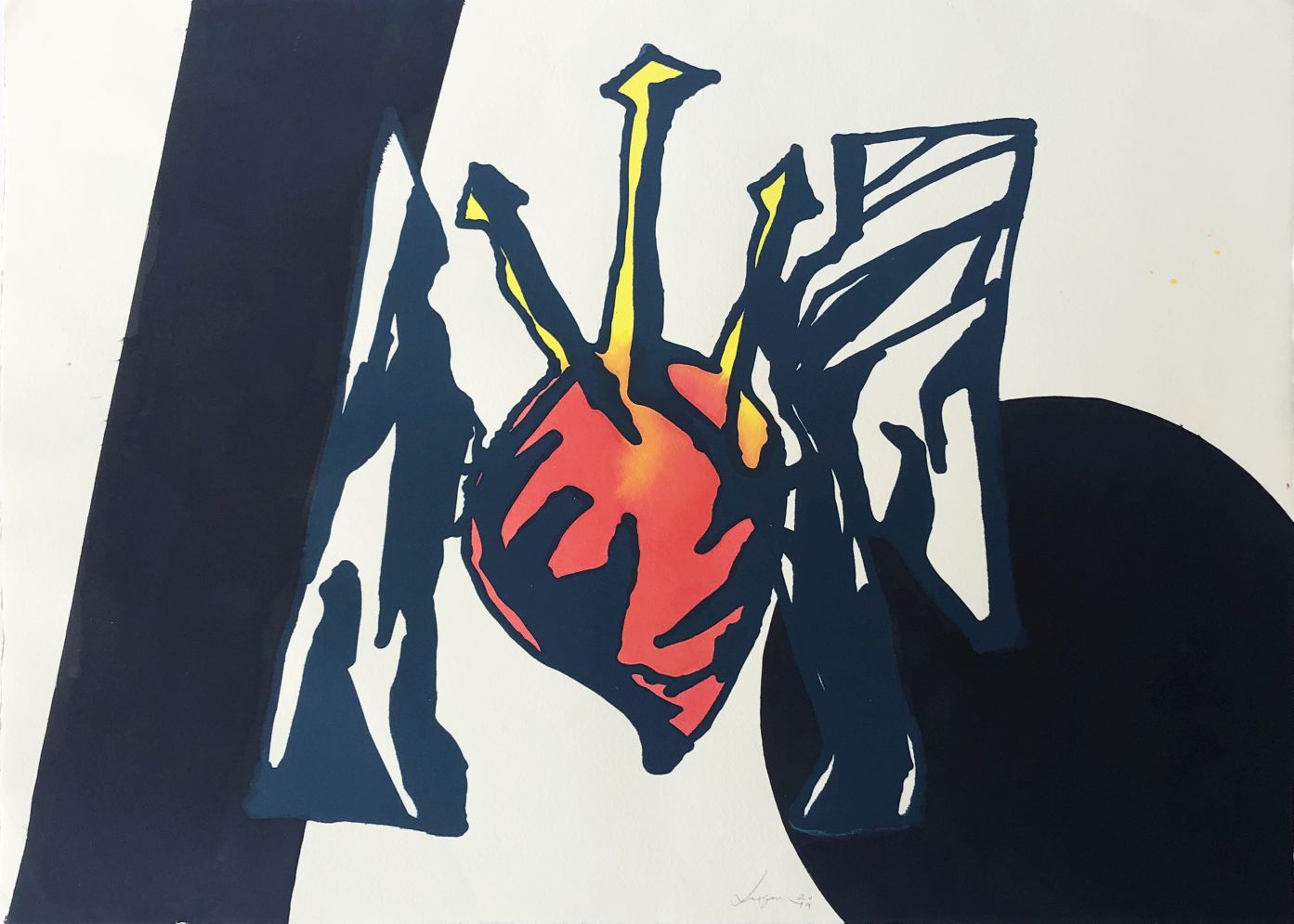 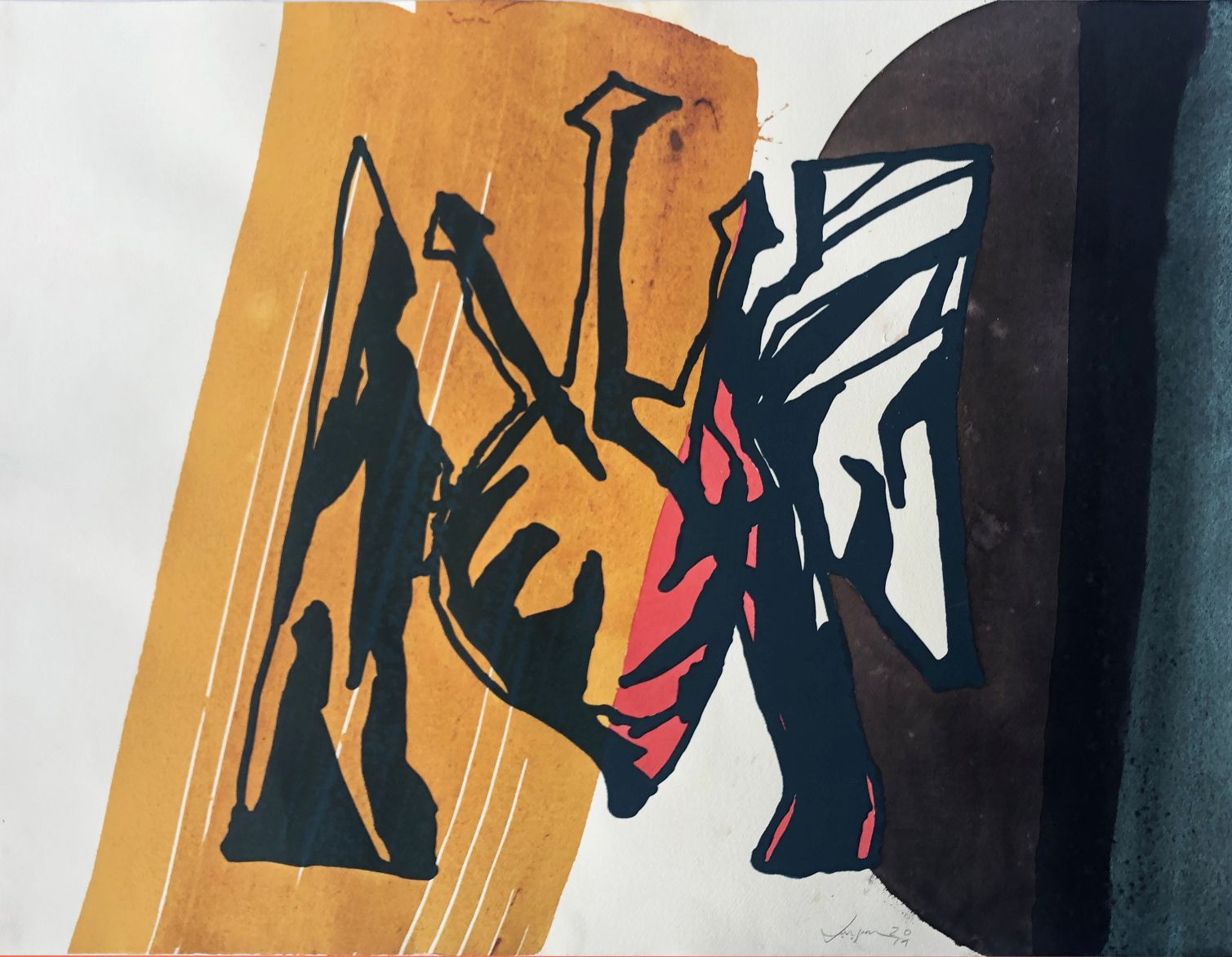 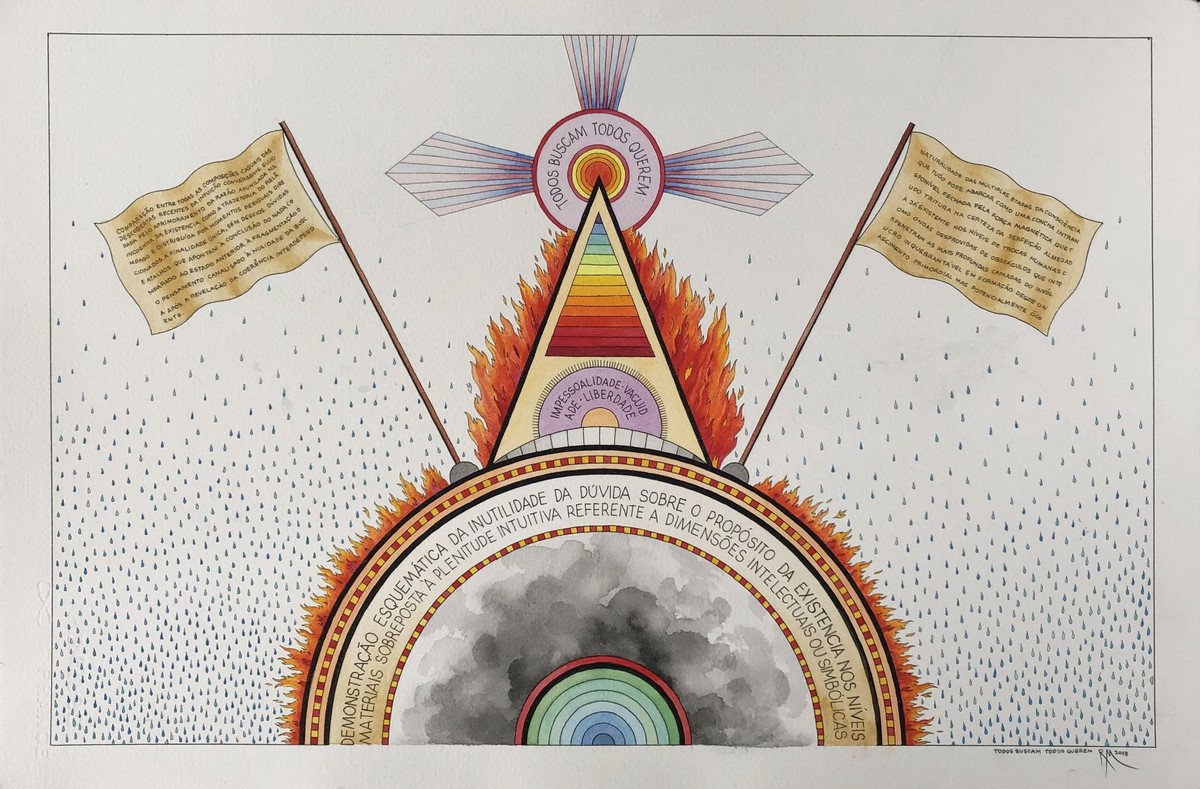 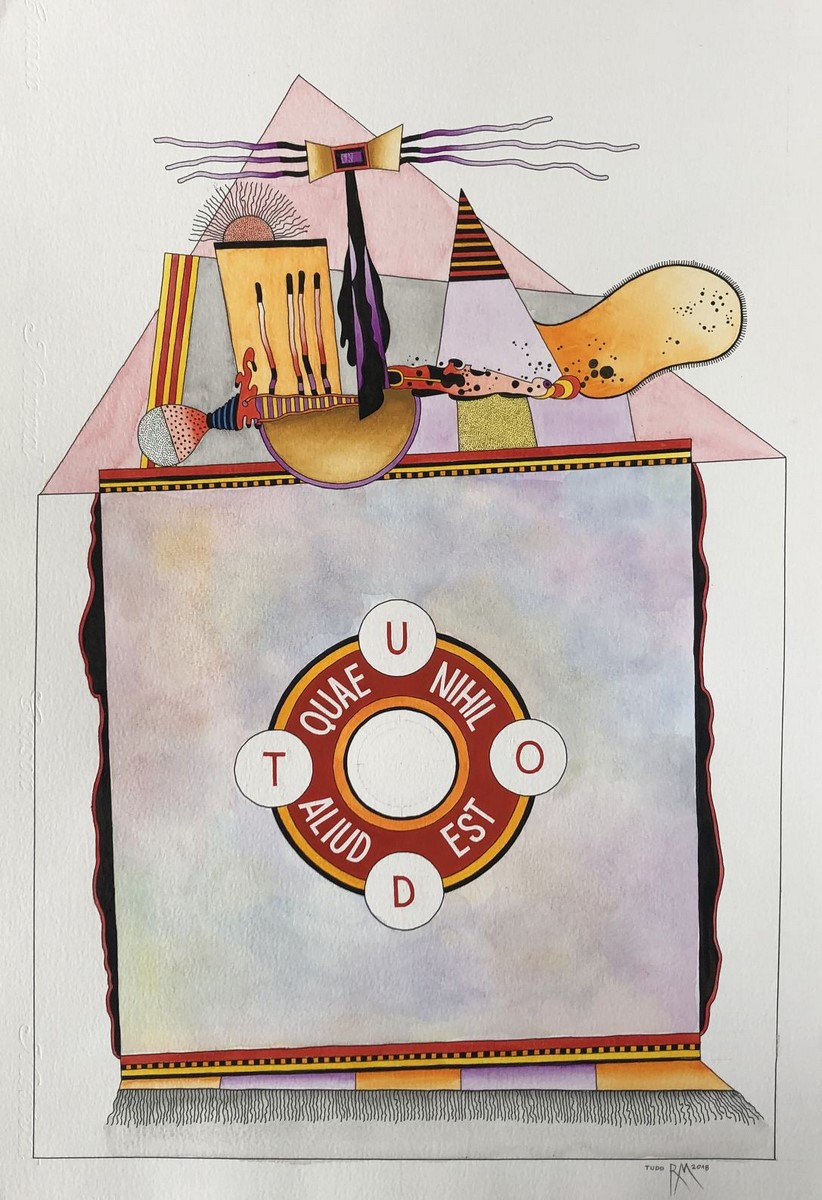 Among Roberto jobs, most are novel and others are virtually unknown. They are works on paper, in mixed media (pen and ink and watercolor). "My works have a mystical connotation, esoteric, theme that I pursue since the late 70. I am a student of the subject ", says the reclusive artist, that in the week before the exhibition, returns a desert and isolated region in northwestern Argentina where he went to meditate and draw.

"The first name I thought for this exhibition was Parallels, then I had an idea: why not 'Roberto Carlos'? Roberto Magalhães and Carlos Vergara!”, having fun this, happy with the opportunity to work alongside old friend. "I get along with Roberto from 1959. He frequented his house, on Farani Street, it was a kind of republic of artists. We did a lot together, exhibitions, but we have ways, interests, very different ideas and working methods. This, however never kept us. We always had great socializing ", said Vergara. "Despite some anxiety to know how will our improvisations, It will be unusual… It's fun. It is a great pleasure to share this exhibition with the Vergara ", says Roberto.

But the idea to gather double the exhibition goes far beyond a chronic between two characters of Brazilian art. according Maneco, this is a show to be contemplated with calm and concentration. "You must stand the look on each job so that exposure can be absorbed with all its intensity", ends it. 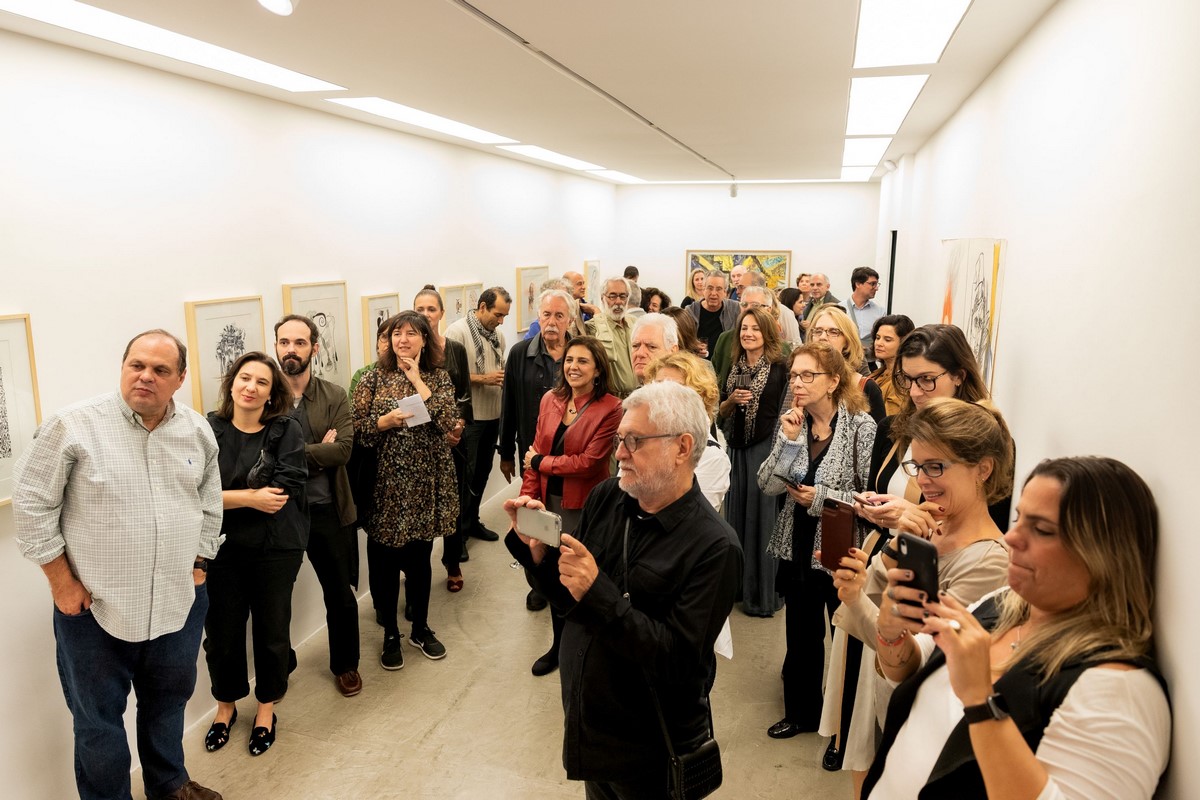 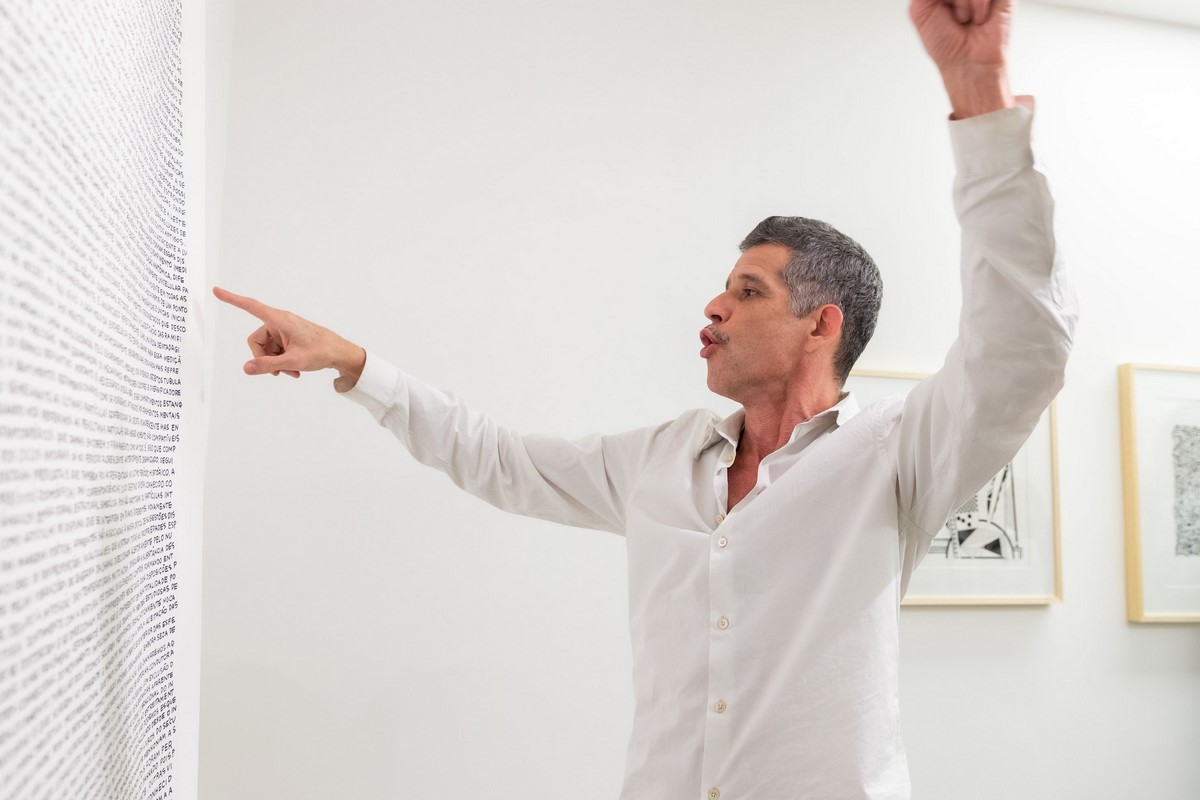 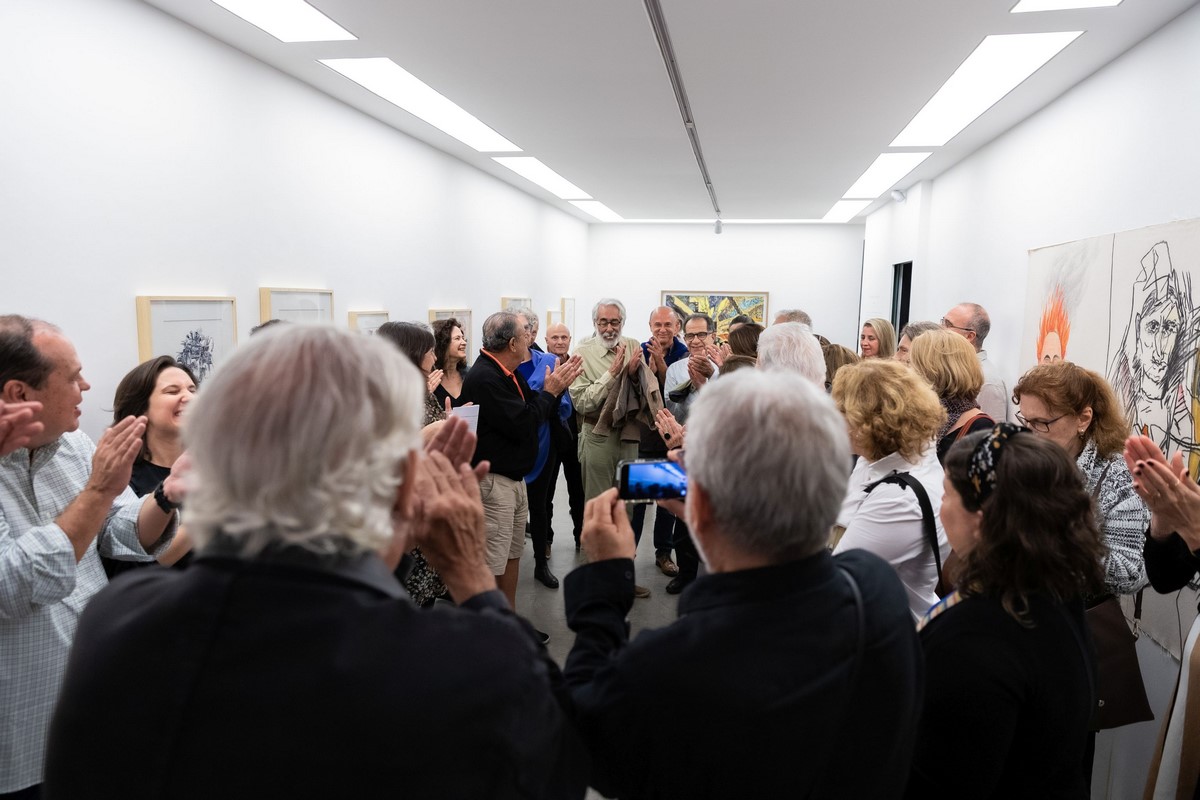 Roberto de Oliveira Magalhaes (Rio de Janeiro, RJ, 1940). Painter, recorder designer. Performs his artistic apprenticeship with professional activities started early: first, in the graphical uncle (design labels and advertisements); then, making book covers and discs and advertising drawings. Attends courses at the National School of Fine Arts (Enba), as free student, in 1961. During the decade of 1960, participates in several collective, in Brazil and abroad: in 1962, exposes ink drawings in Macunaíma Gallery, anexa to Enba; in 1964, realizes his first individual woodcuts, na Small Gallery, Rio de Janeiro; the following year, receives the award engraving of the 4th Biennial of Paris. Proceeds to the French capital, in 1967, after winning the prize trip abroad at the 15th National Salon of Modern Art (SNAM), in 1966, with engraving Oedipus Decipher the Sphinx Puzzle. In Paris, exposes Antonio Dias (1944), the Debret Gallery, in 1968. occult studies, teosofia to, especially, approaching from the Buddhist 1969 They take you to live for four years in the Meditation Center Buddhist Society of Brazil, when interrupts artistic activity. In 1975, resume work with art through individual drawing and painting exhibitions in Rio and São Paulo, and classes at the Museum of Modern Art, Rio de Janeiro (MAM/RJ). collective integrates prints and drawings, in the 1980. In 1992, the Centro Cultural Banco do Brazil (CCBB), of Rio de Janeiro, organizes a retrospective of 30 years of the artist's production, most dedicated to his work.

Carlos Augusto dos Santos walks Vergara (Santa Maria, Rio Grande do Sul, 1941). Recorder, photographer and painter. In the 1950, It moved to Rio de Janeiro and, parallel to the laboratory analyst activity, dedicated to jewelry crafts, which are exposed at the 7th International Biennial of São Paulo, in 1963. That same year, back to drawing and painting, conducting studies with Iberê Camargo (1914-1994). Participates in shows View 65 and 66, the Museum of Modern Art, Rio de Janeiro (MAM/RJ). In 1967, It is one of the organizers of the exhibition New Brazilian Objectivity, which seeks to take stock of the Brazilian vanguard. It is also a set designer and costume designer for plays. During this period, produces figurative paintings, which show affinities with expressionism and the pop art. During a decade of 1970, uses photography and Super-8 films to establish reflections about reality. Carnival happens to be the object of your search. It is also in collaboration with architects, making panels for various buildings, using materials and techniques of popular crafts. In 1972, publishes text sketchbook in White, by publisher New Frontier. During the years 1980, return to painting, producing paintings Geometric abstract, in which explores, mainly, losangos frames that color fields determinam. Since the late 1980, uses natural pigments and minerals, with which makes the basis for working on various surfaces. In 1997, performs the series Monotypes Pantanal, in which explores the direct contact with the natural environment, transferring to the screen stones or leaf textures, among other procedures.